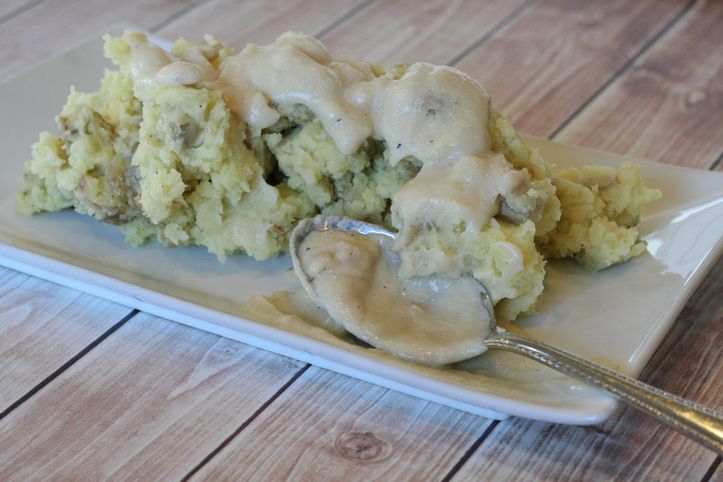 This dish is vegan, but it doesn’t have to be. Simply substitute the vegan ingredients for mainstream ones. Non-dairy milk with cows milk. Vegan butter with real butter, etc. I’ve made it both ways and it is fantastic either way.

This is another one of those dishes that came from my husbands “low carb” phase back in the early 2000s.  One of my signature dishes was a baked cauliflower “mashed potato” casserole. I plan to make it again for you all, but it had mashed cauliflower, heavy whipping cream, cream cheese, butter, and cheddar cheese. It was delicious and low carb… but it was not what I would call “healthy”. My secret way to make it even better was to make a cauliflower gravy to put on top. I added a touch of cheese to it and that really kicked it up a notch. Now that my oldest is following a vegan diet I used this as my inspiration and just veganized it. It also makes this dish a whole lot healthier and lighter.

I didn’t start out trying to make a gluten-free dish. It just kinda happened. I knew I wanted to make this vegan. I also knew I wanted to make it lighter than the original, that can be quite calorie-heavy, but when it was finished I was so happy to see that it was gluten free too. The secret ingredient to make the gravy is cauliflower. Holy cow was it good! It’s good enough that I doubt anyone would know that there was no flour or butter in it… so tasty!

For the Mashed potatoes: 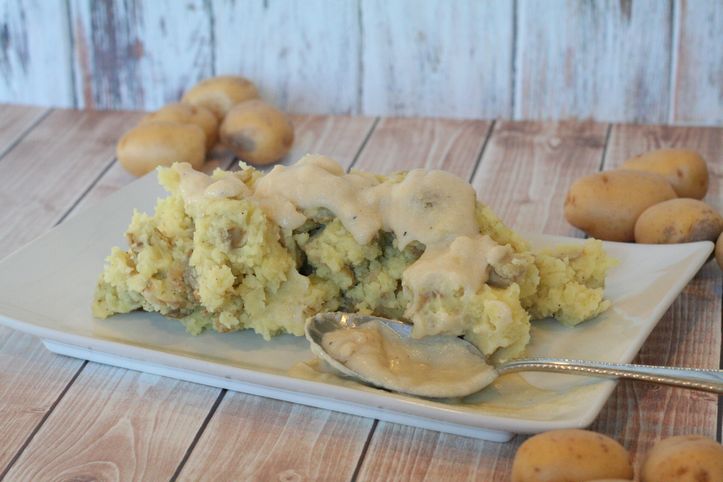 I’d love to hear if your family loves this too! 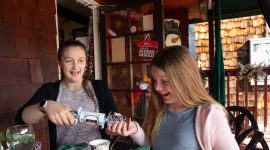 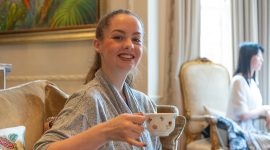 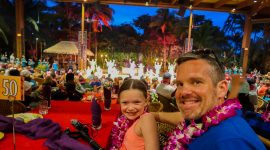 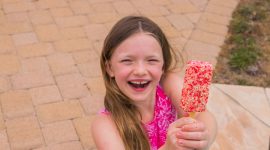