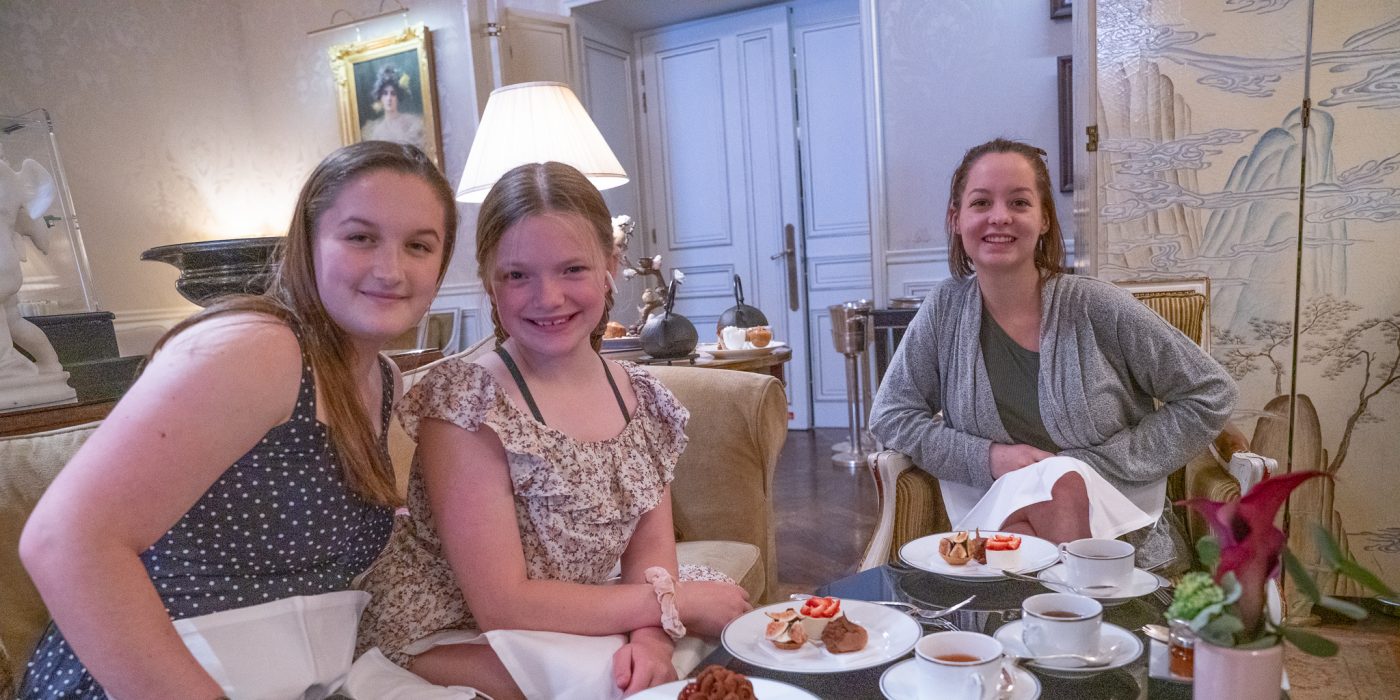 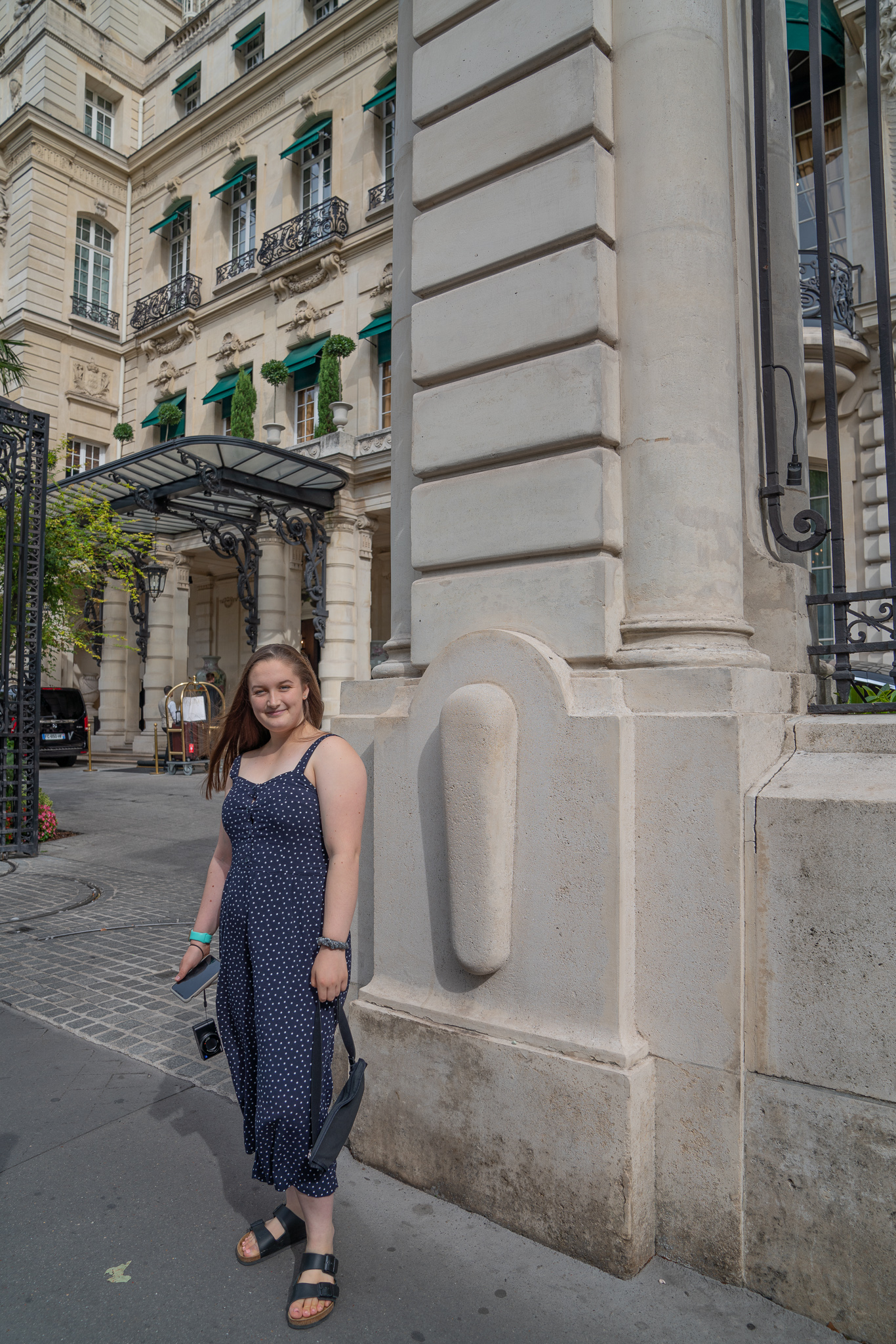 Tea is our thing, no matter where we are in the world!

It is one of the first things I start to research, and sometimes the only thing I research before we land in a new place. With as much traveling as we did in 2019, there were more times then I care to admit that I did little, if any, research before we stepped foot off a plane. I felt like a total winner if I at least had a dinner location figured out for that first night!

But tea, that is something different.

If I knew there were vegan tea options in a location, I made sure to find some time to make a reservation. Tea is just that important. 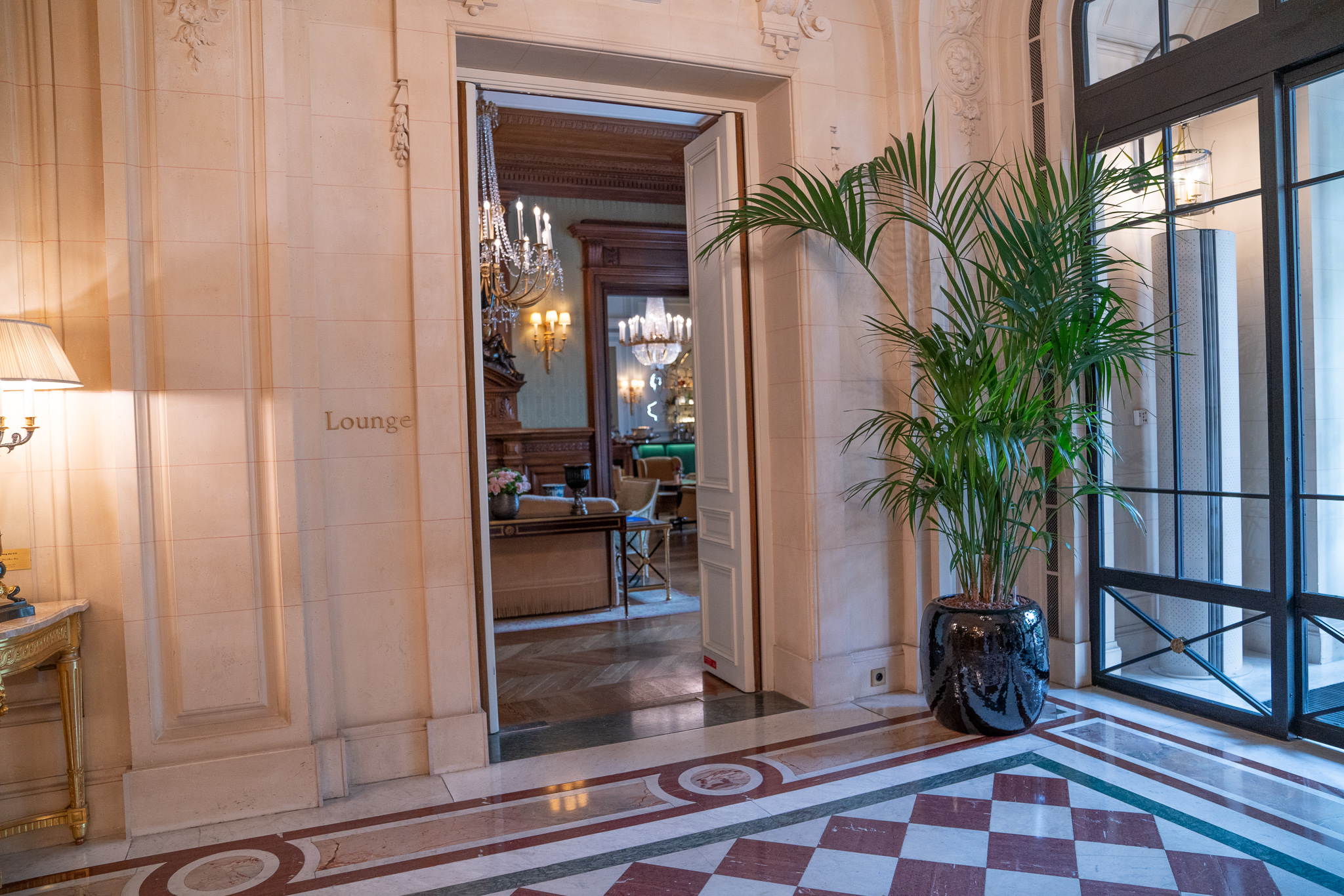 There was only one choice for us when we wanted to have a luxury vegan afternoon tea in Paris. It was the Shangri-La Hotel, Paris for us and it was even better then we imagined! I made reservations a couple of weeks ahead of time and emailed ahead that we had 1 vegetarian, 2 vegans and a gluten-free vegetarian (oh, my!). Although they don’t have a gluten-free option on the menu yet, I was told they would do their best to accommodate her, and really we would have been thrilled with some tea and a plate of fruit on the side. We for sure didn’t anticipate them going all out as they did.

As soon as we arrived, we were escorted to the lounge area and seated right by the fireplace. 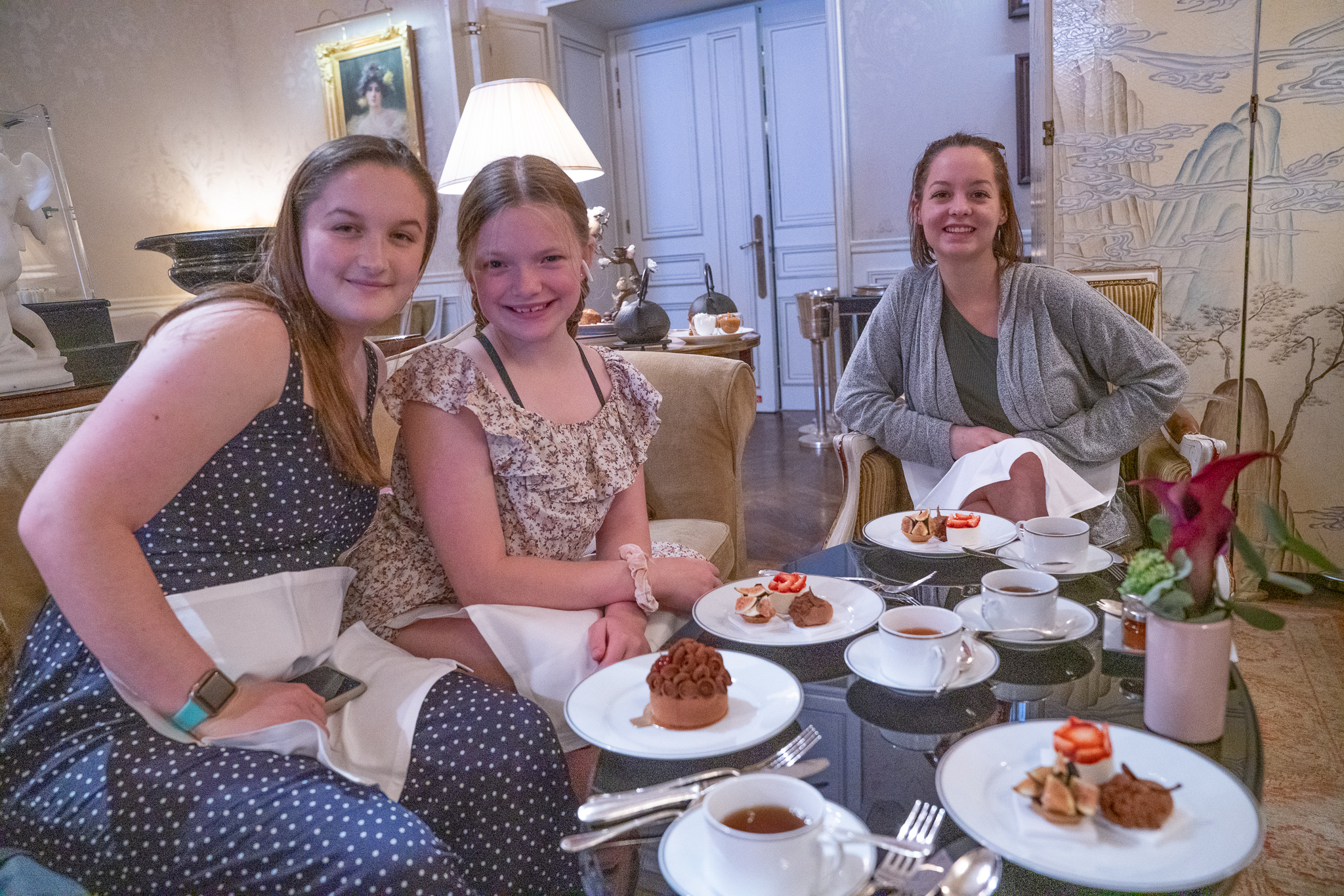 We had multiple attendants serving us and we felt like the only people there having tea, even though there was at least one of the group in the room. 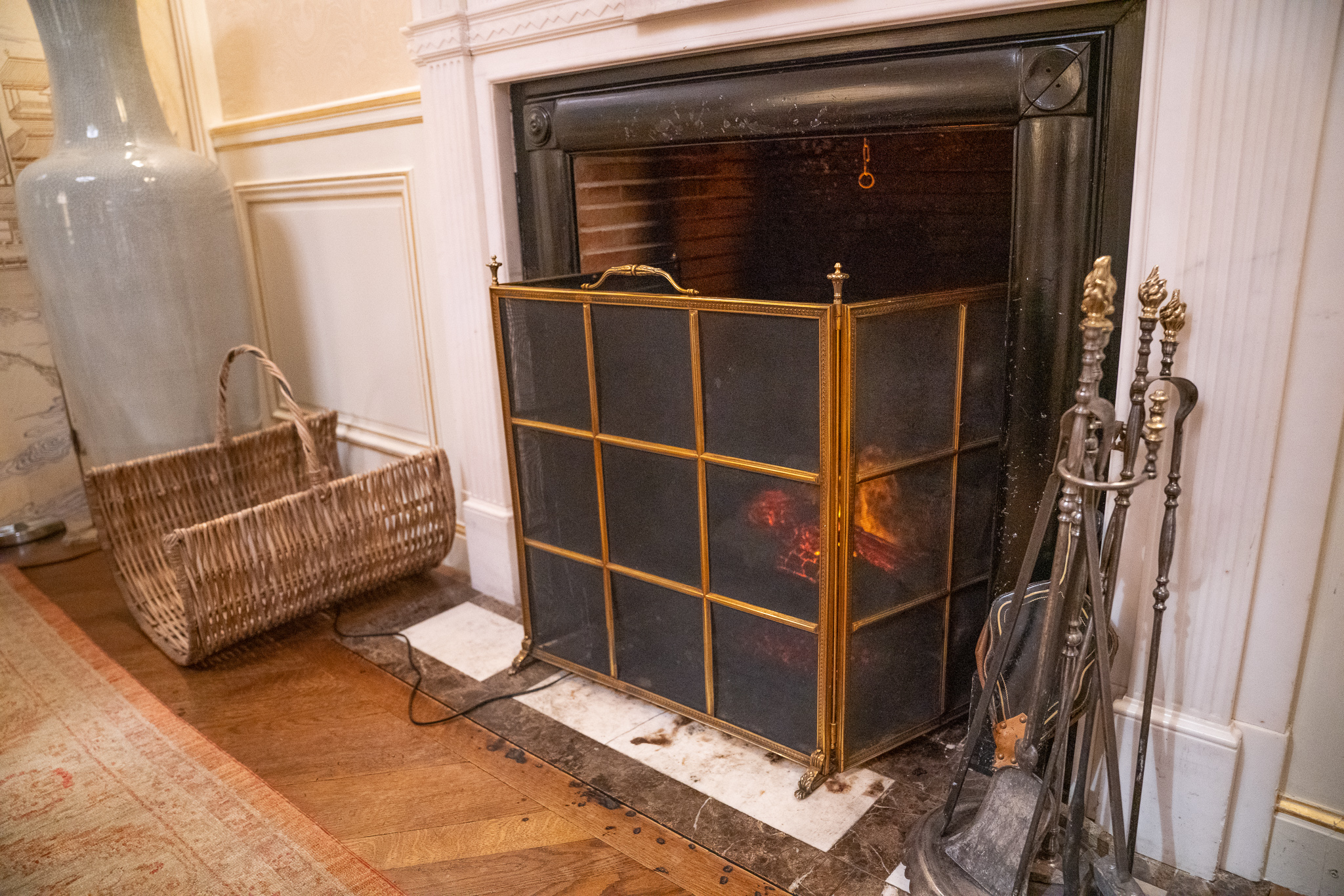 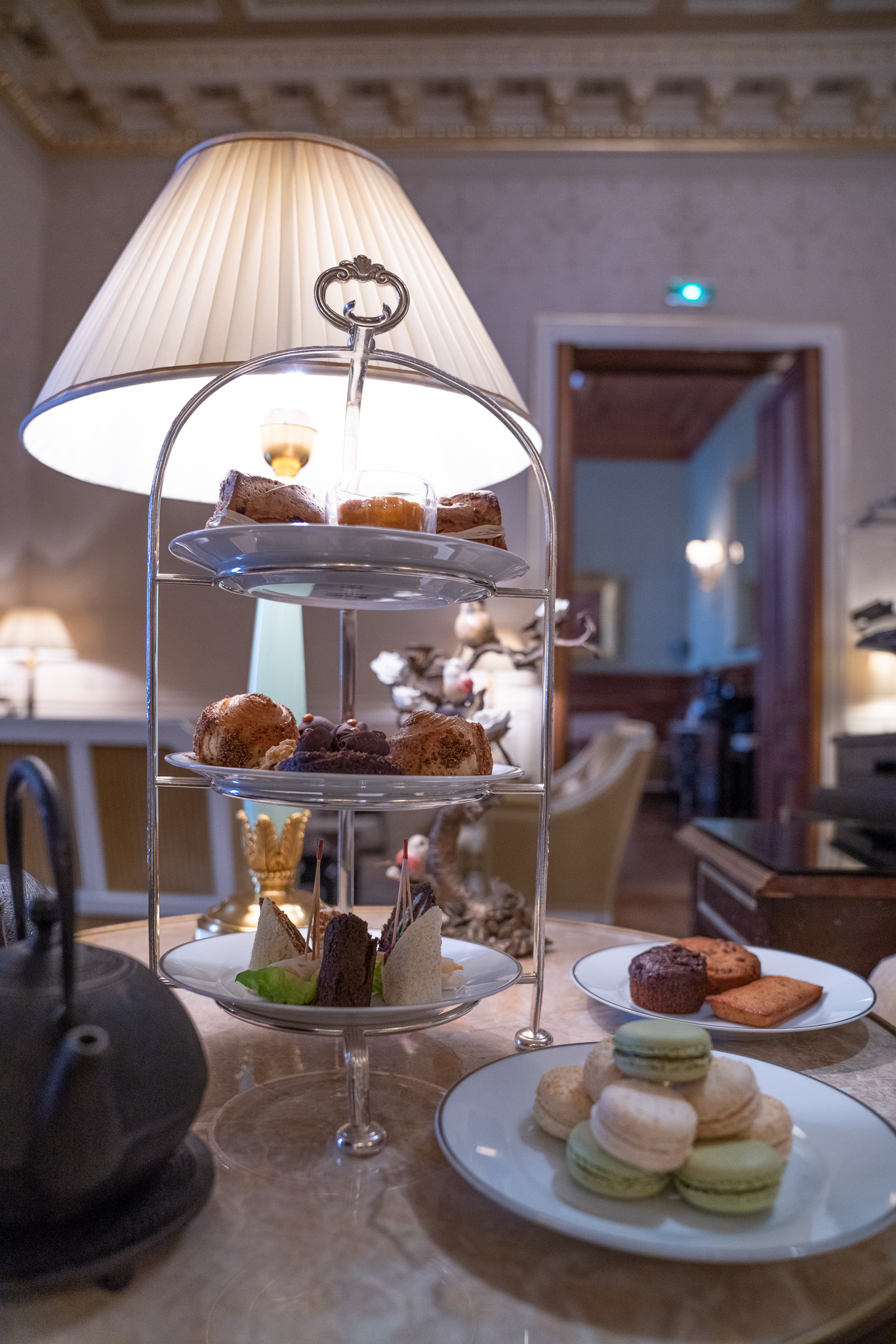 Our food was placed on different tiers if it was vegan. 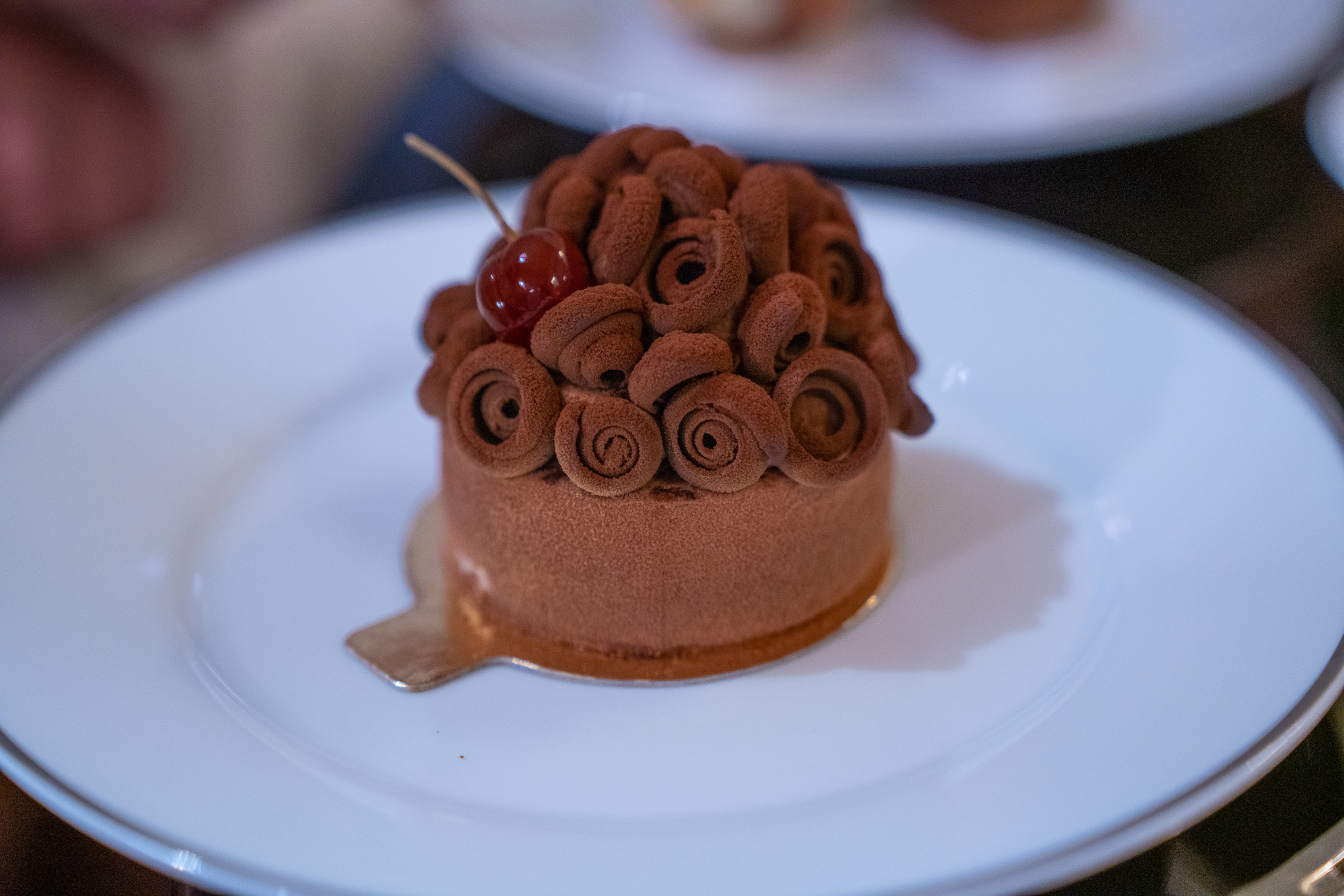 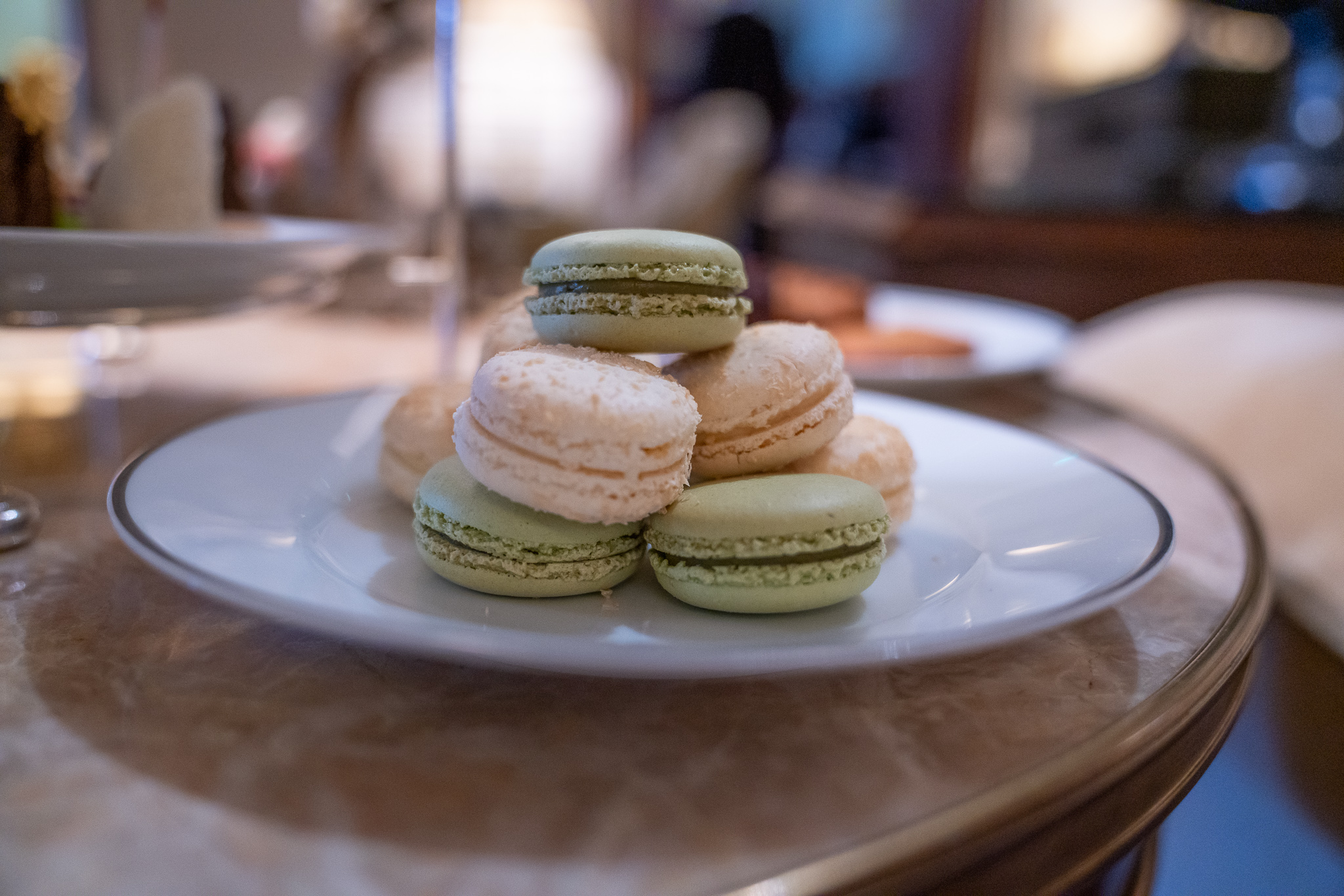 The macarons were Emmy’s favorite and were not vegan, but they were gluten-free. She was so thrilled to see that plate and ate all of them even though they were for Ashley. 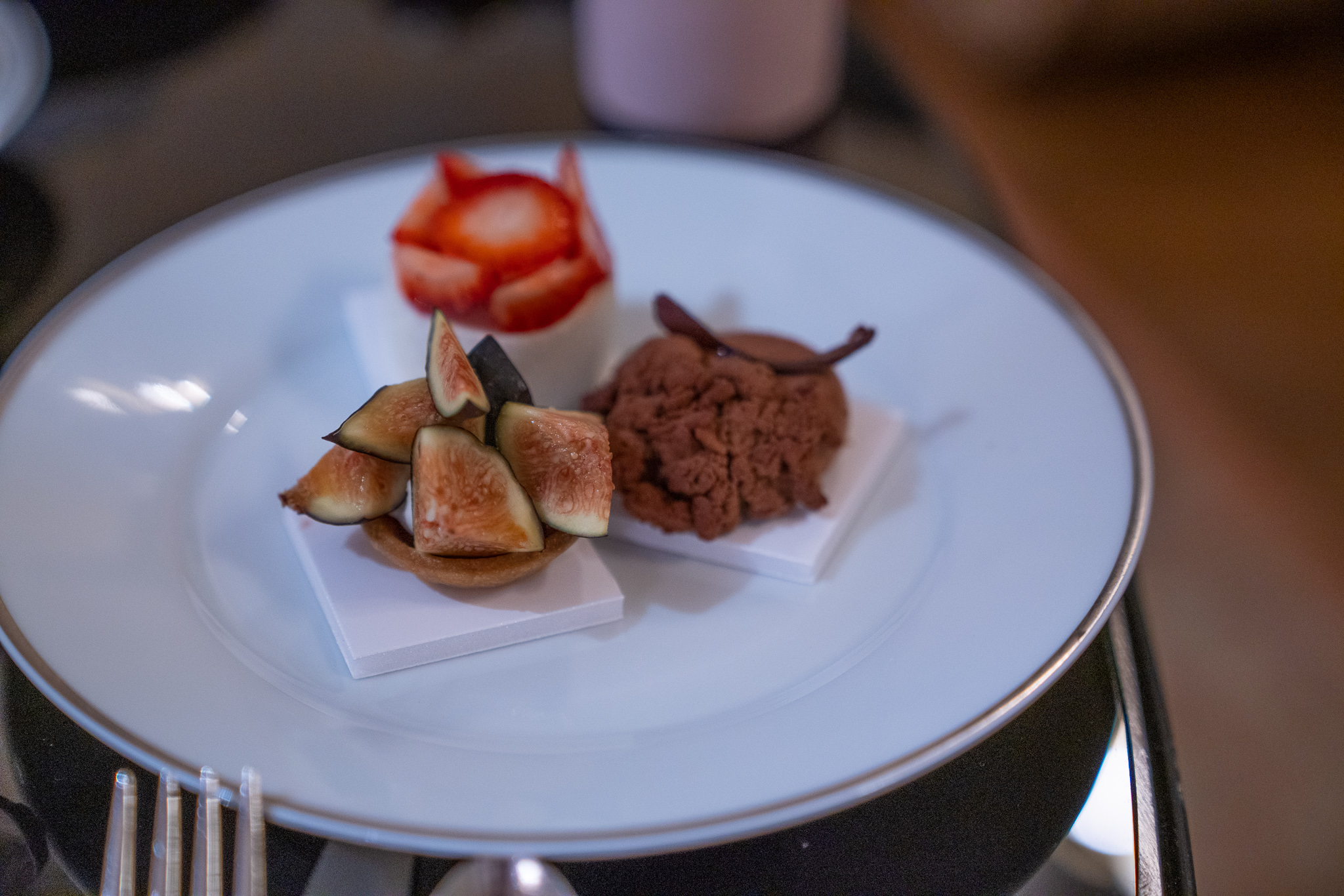 Here are a couple of the vegan delectables we had… a fraisier, fig tartlet, and chocolate cookie. So delicious and gorgeous! 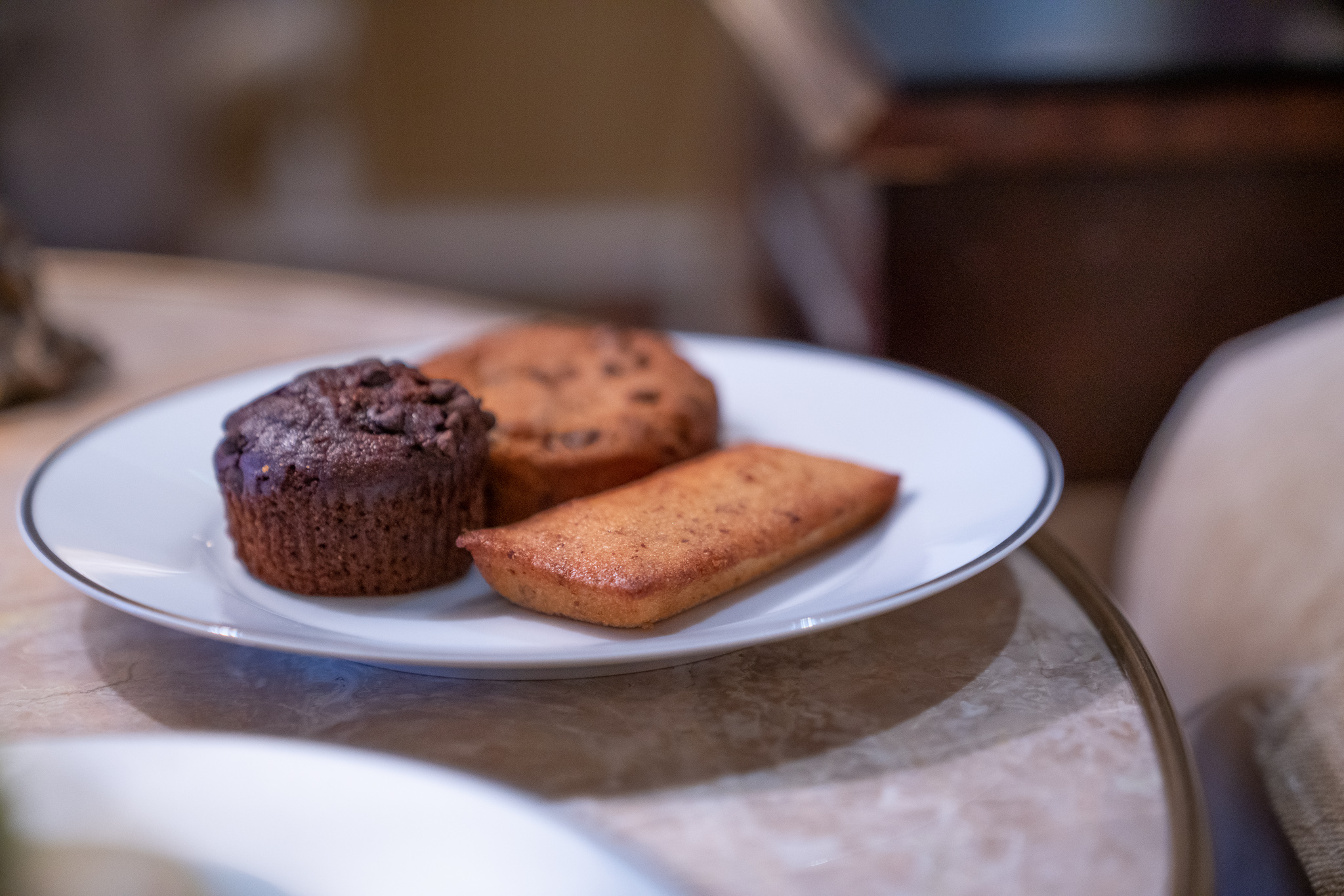 Ash also had a gluten-free financiers, chocolate cookie, and muffins. 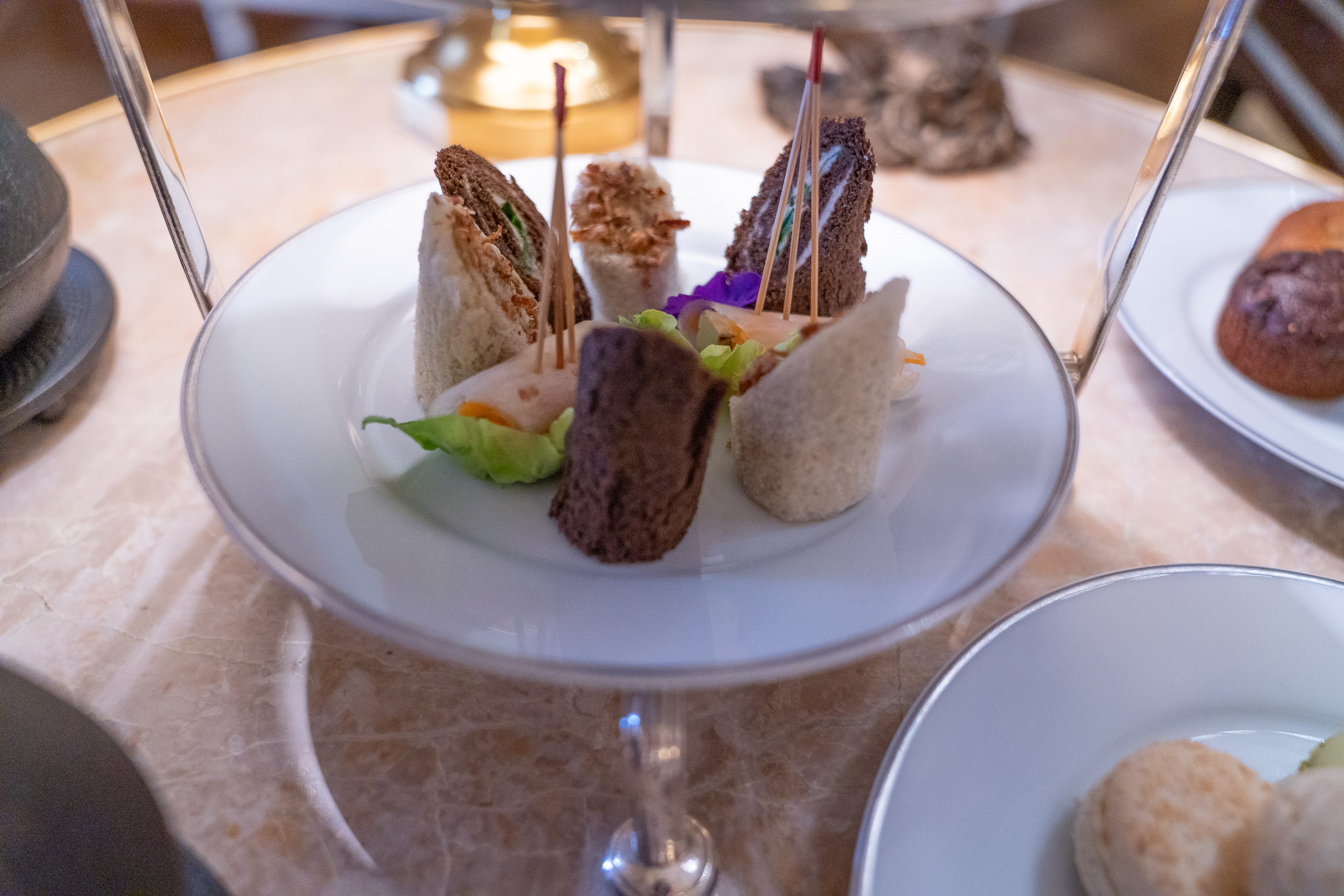 We also were served an assortment of vegan sandwiches. My favorite were the ones filled with an onion spread, and topped with onion crisps. I could eat those every single day of my life! 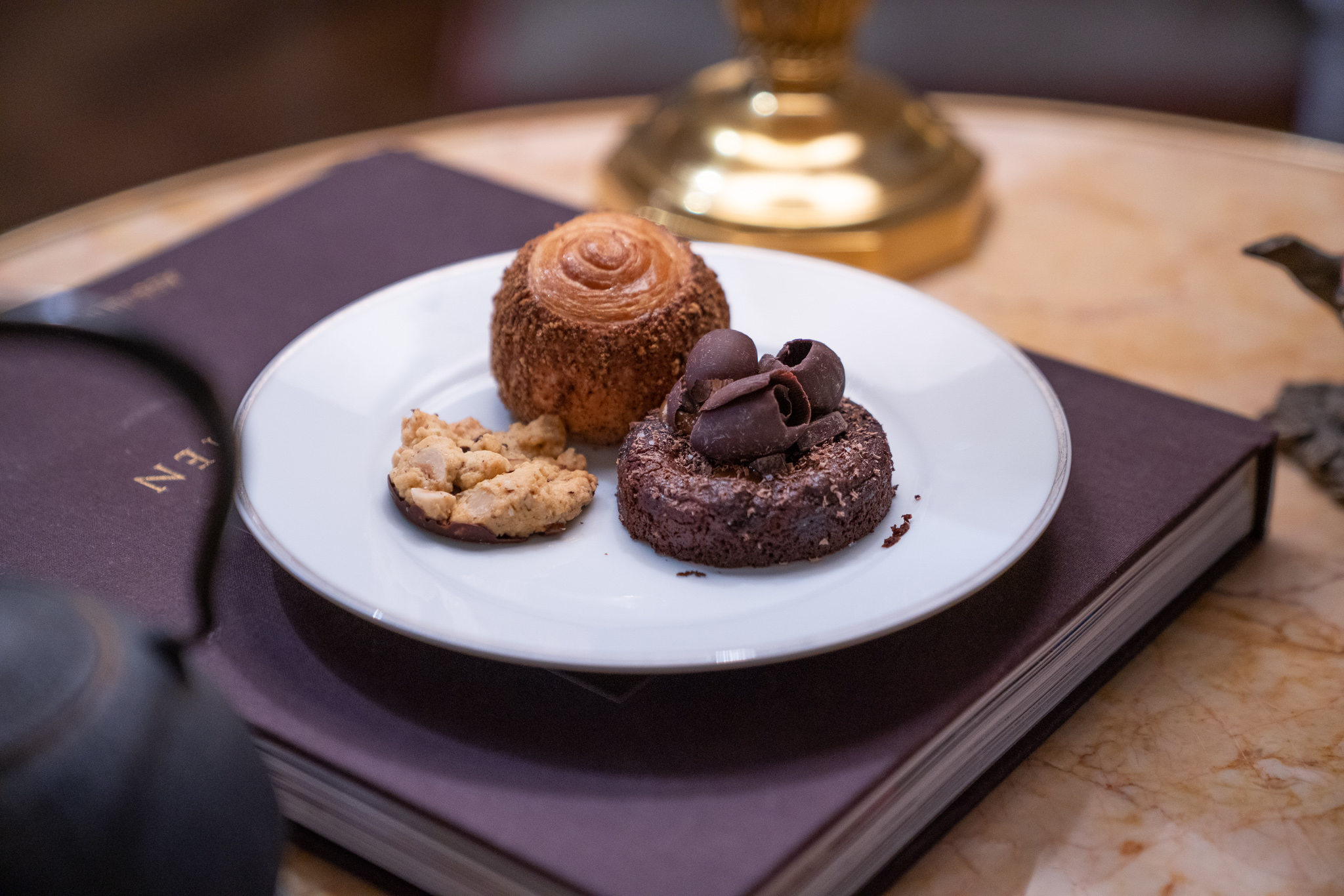 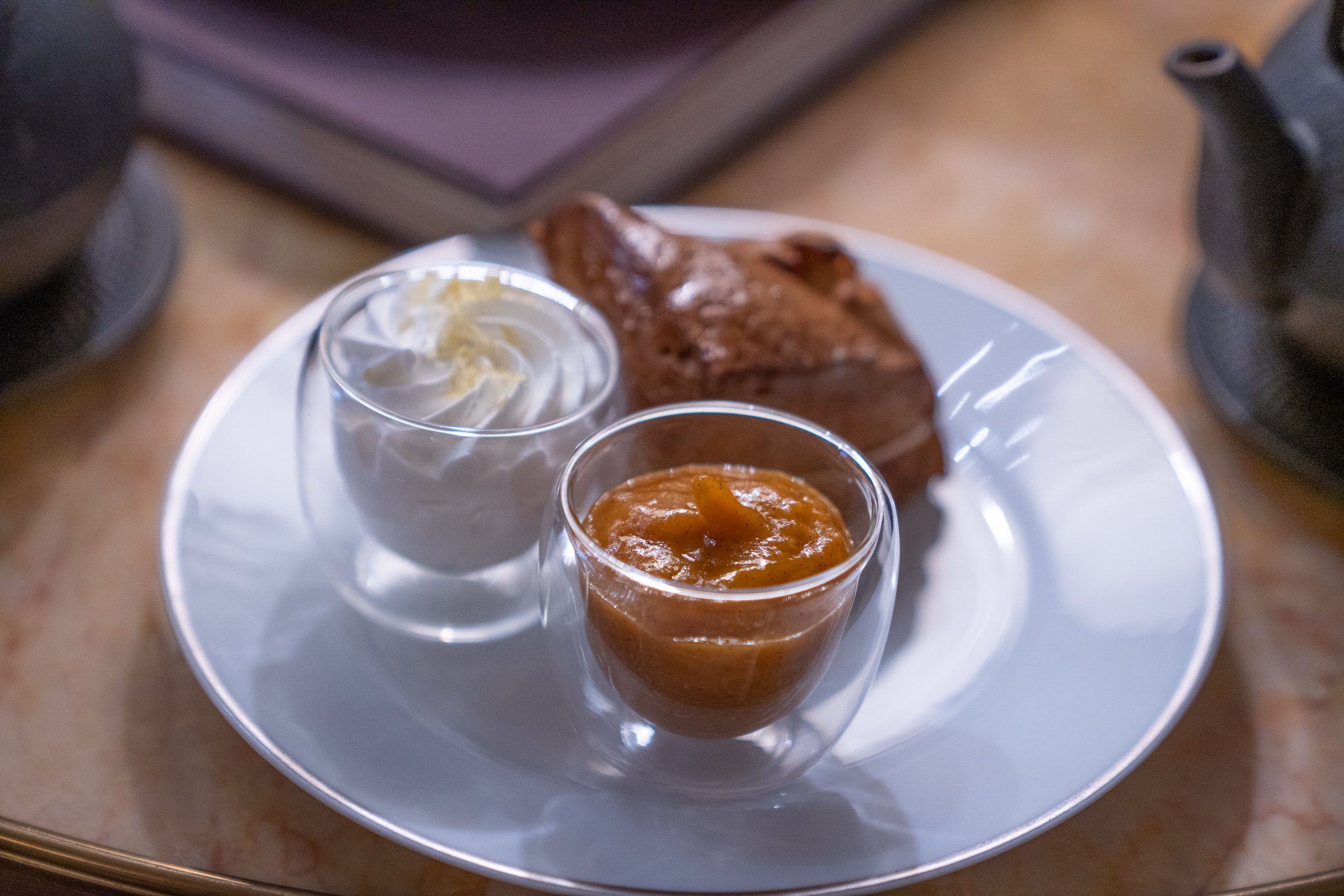 Not to be forgotten, we also had vegan scones, clotted cream, and apricot jam. 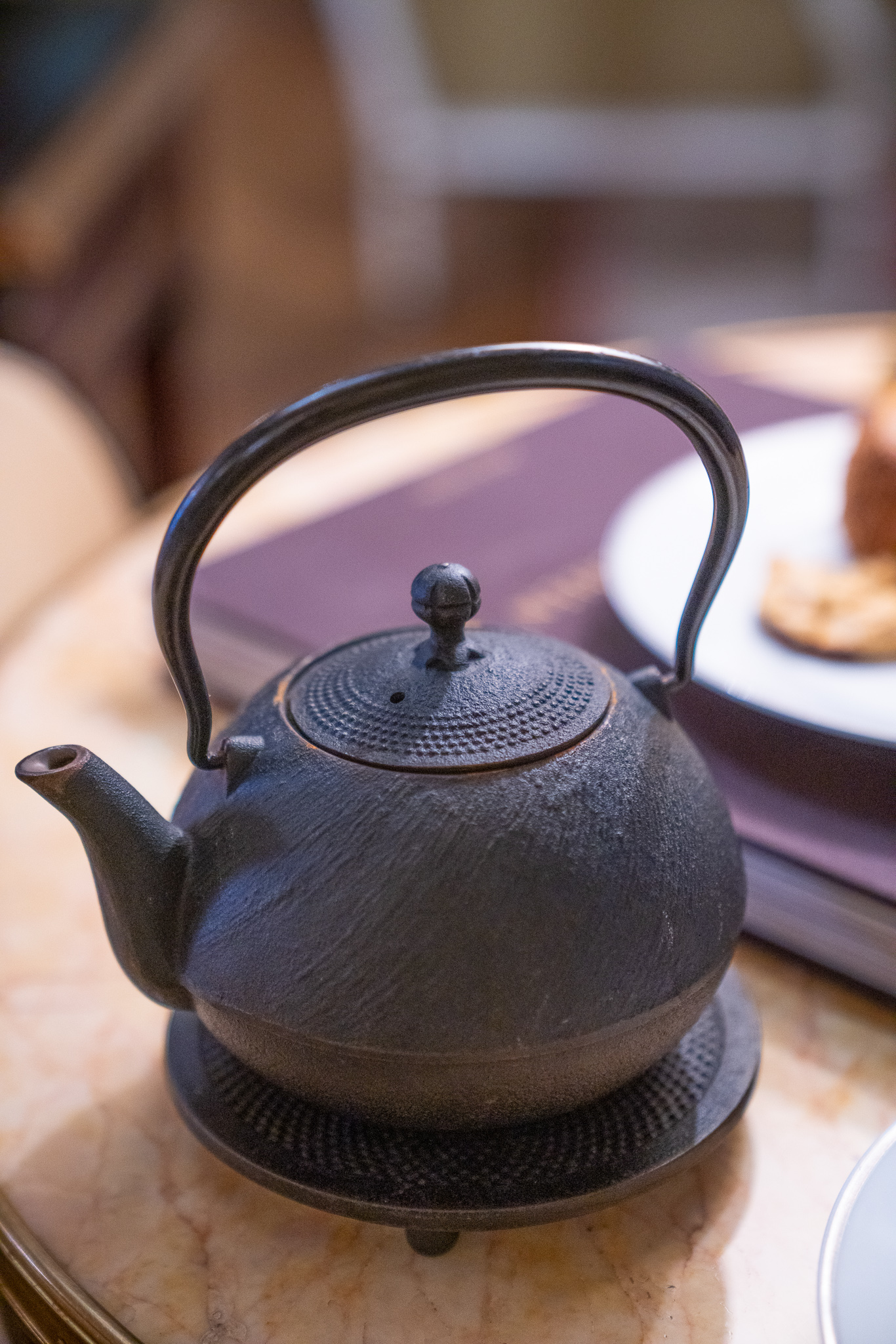 The tea was remarkable too. We loved every sip. 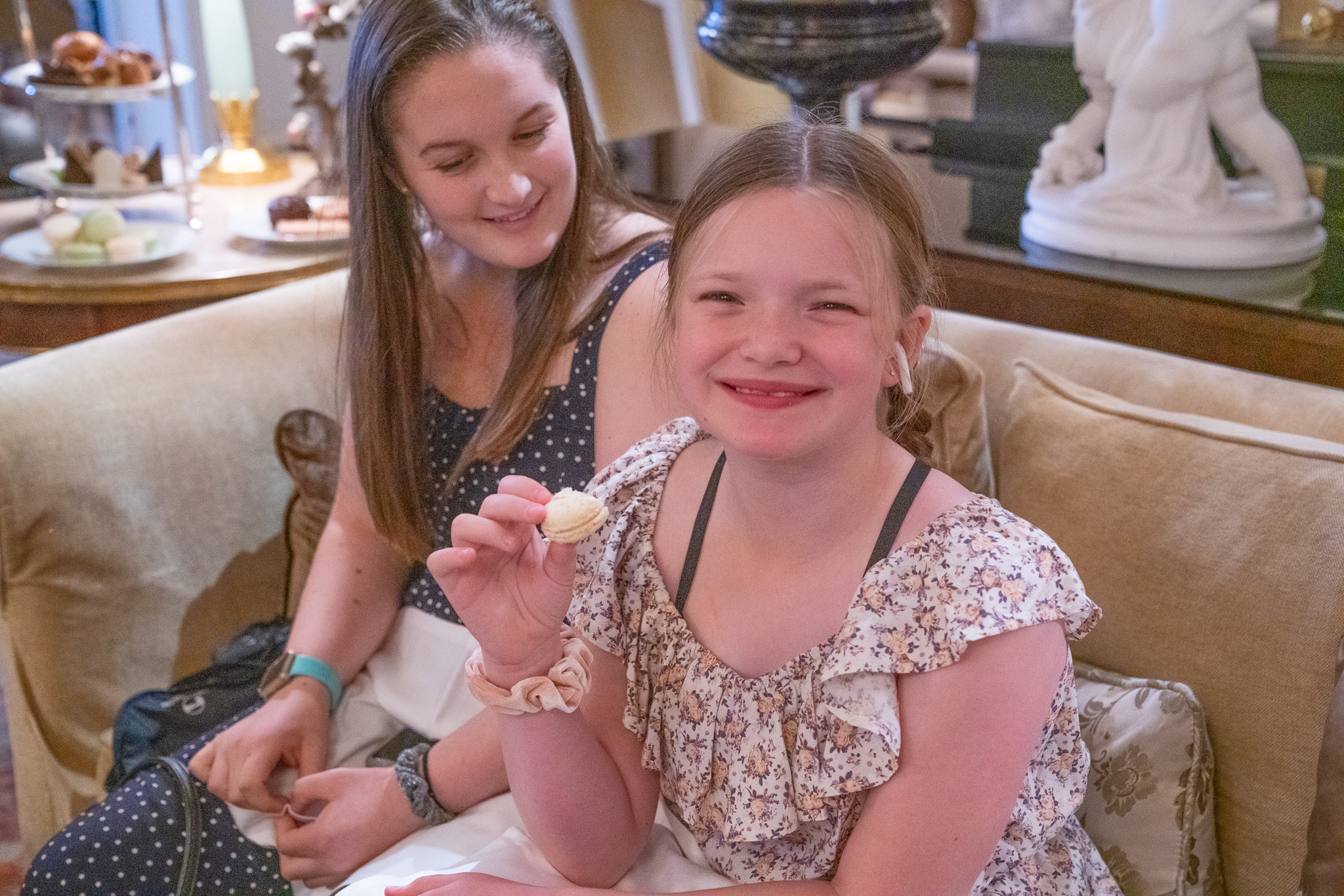 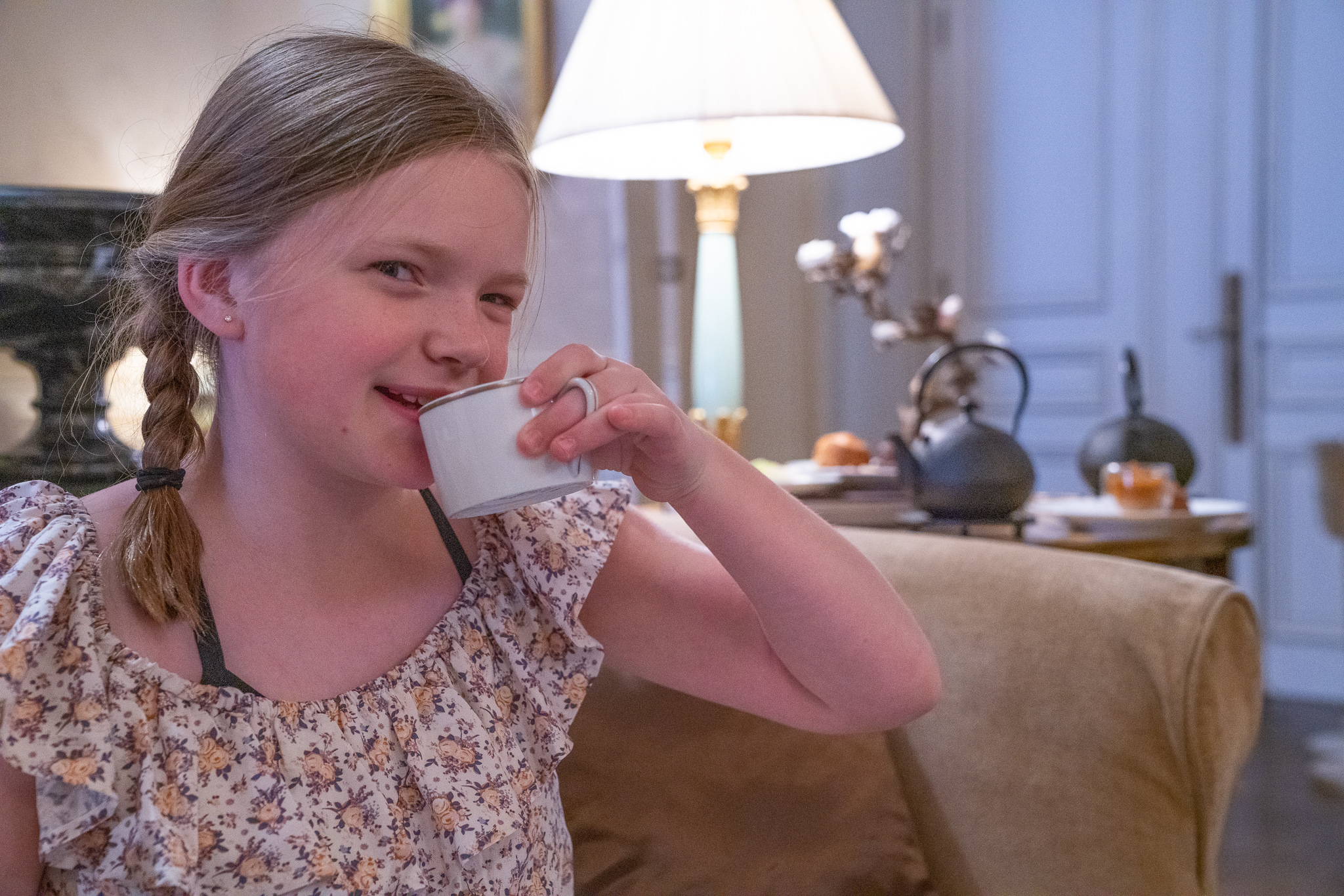 Before leaving, another guest asked if I had seen the restroom yet.

That would normally be a very strange thing to say to someone in a hotel lobby, but something about the way that she said it made me want to go see.

When we walked in, Emmy immediately asked me to take a picture of her. It was a beautiful restroom and the pictures don’t do it justice as I only had my cell phone with me. I don’t take my big camera in restrooms because that is just creepy! Ha! With so much food, we couldn’t finish it all and our host boxed it all up to our surprise in a gorgeous box. We would 100% come back here in our future Paris trips for their vegan full afternoon tea.

I can’t wait to see if they add gluten-free options to the menu because they were equally fantastic!