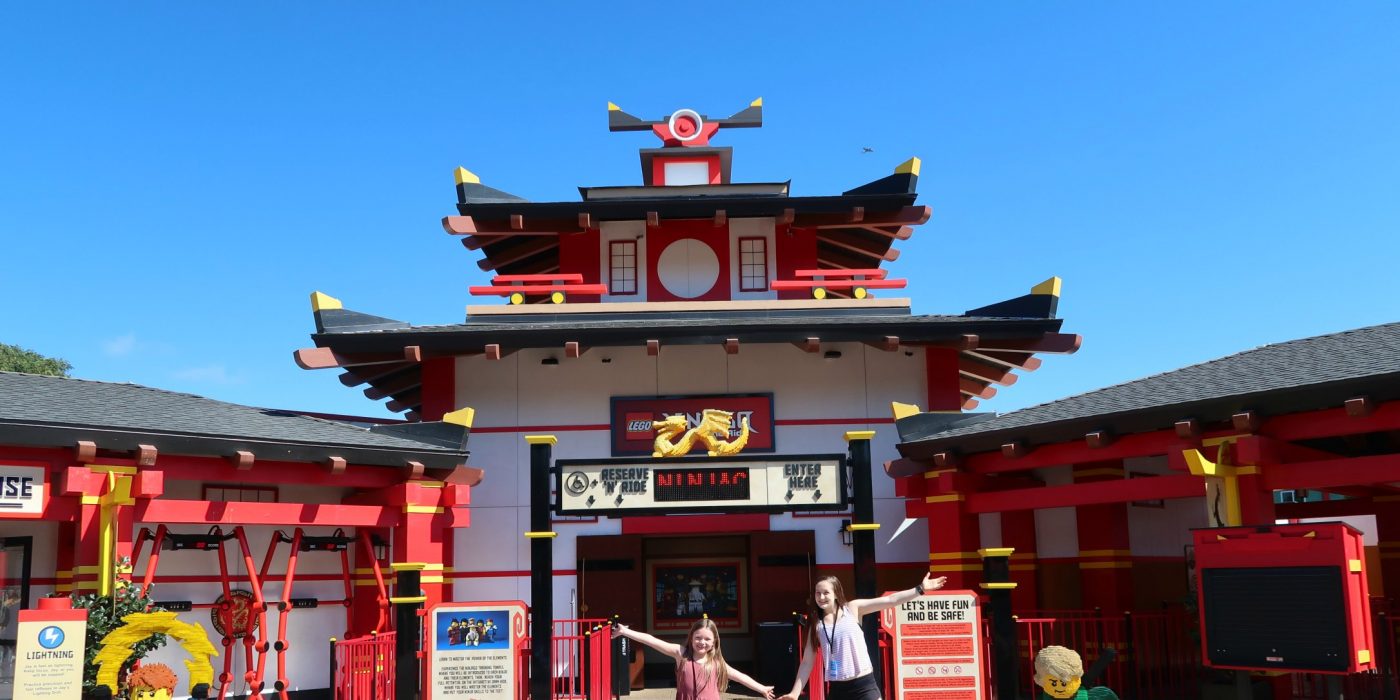 We are so excited to share with you about the awesome new movie you will want to take your whole family to see- The LEGO NINJAGO movie! This post is in partnership with Warner Bros. Pictures. 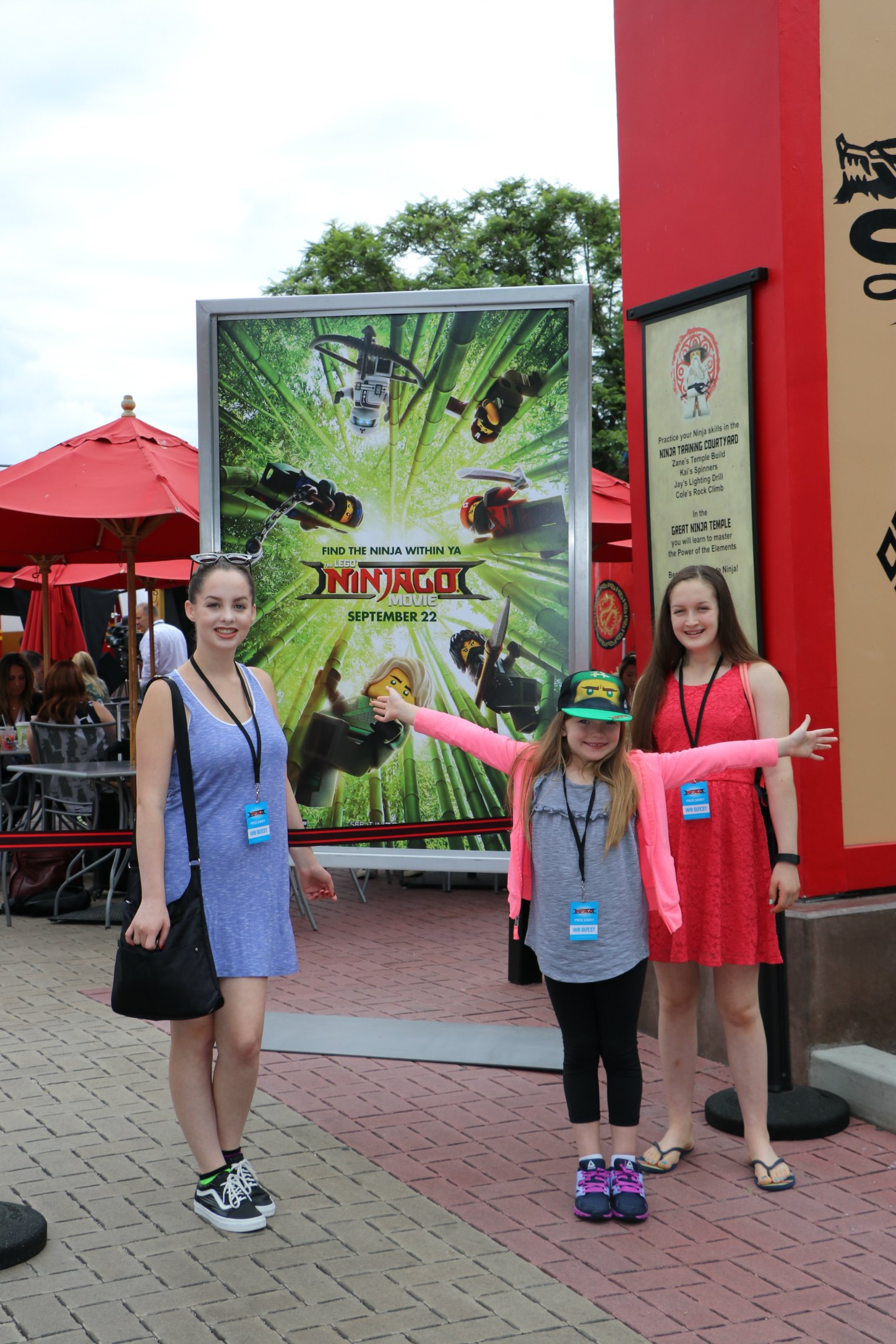 Last week we had the pleasure of attending THE LEGO NINJAGO MOVIE press junket celebrating it with a packed couple of days at LEGOLAND California.

Here is our vlog of all the fun: 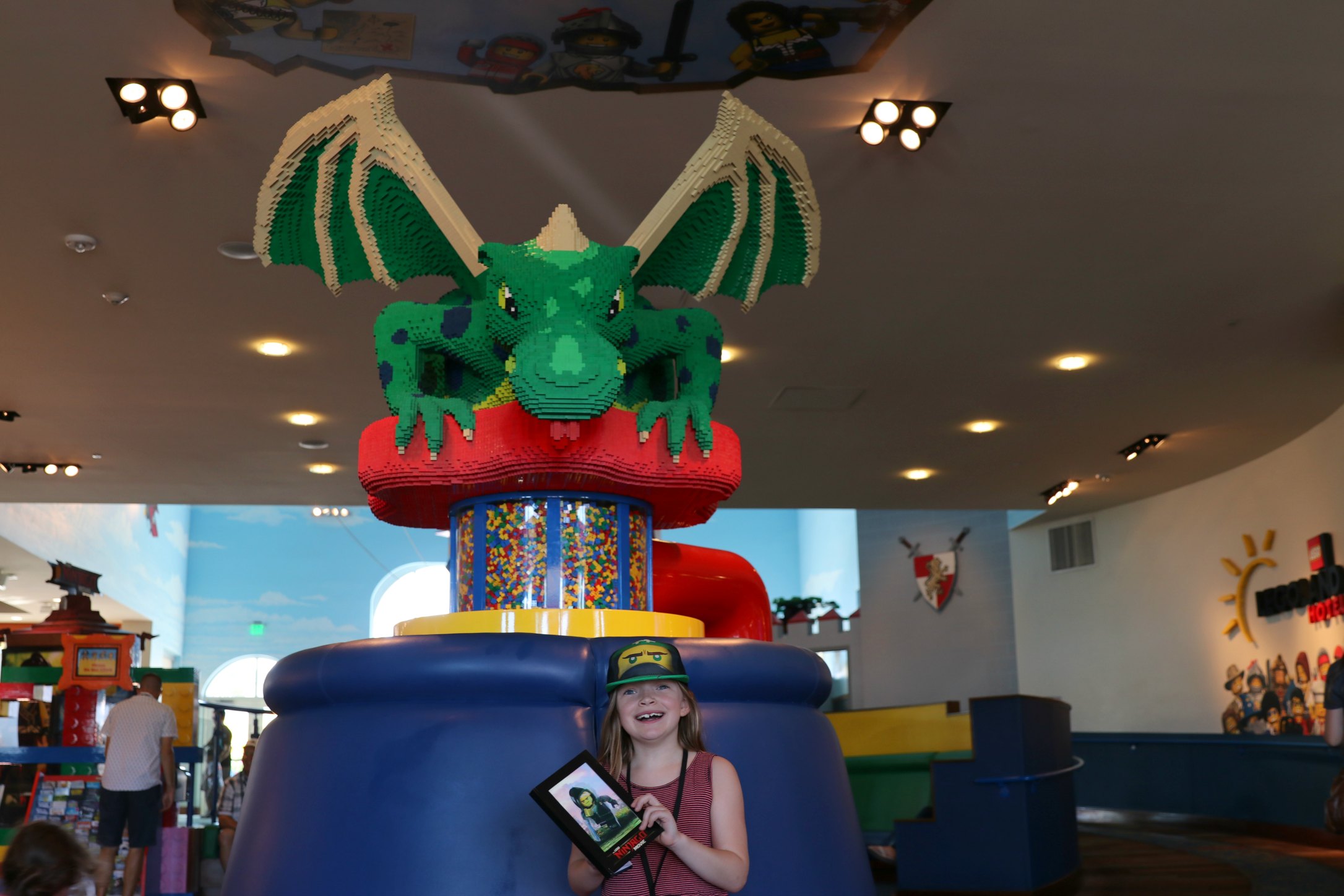 This was seriously the perfect place to be for all things LEGO. Emmy is a huge LEGO fan and she has even helped her teenage sisters get in on the LEGO fun. Just like this LEGO, this movie is perfect for the whole family. More on that later… 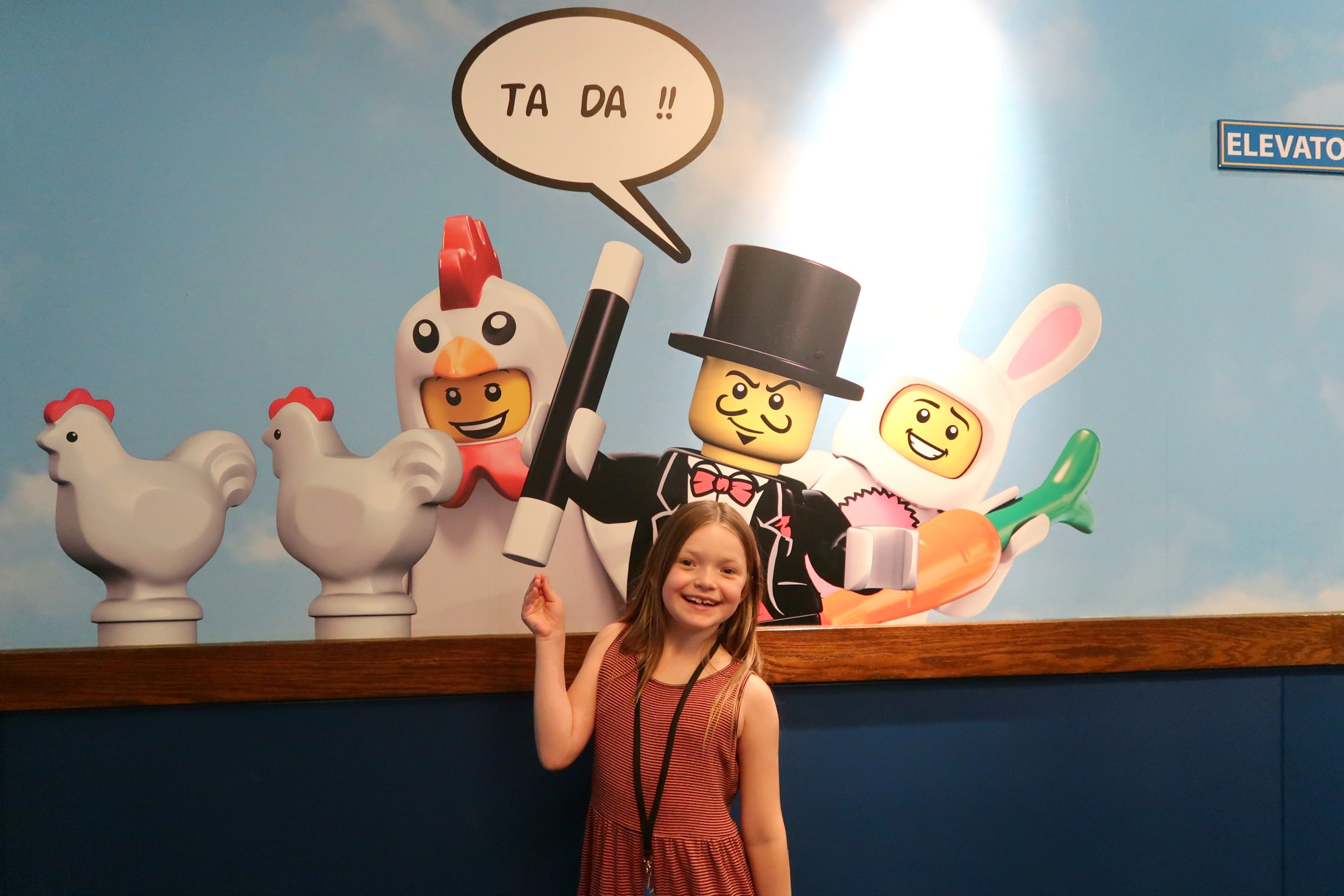 So we checked into the hotel, registered for the press junket, had some awesome food and then it was time for fun in the park! The first day of our adventure the park was technically closed… 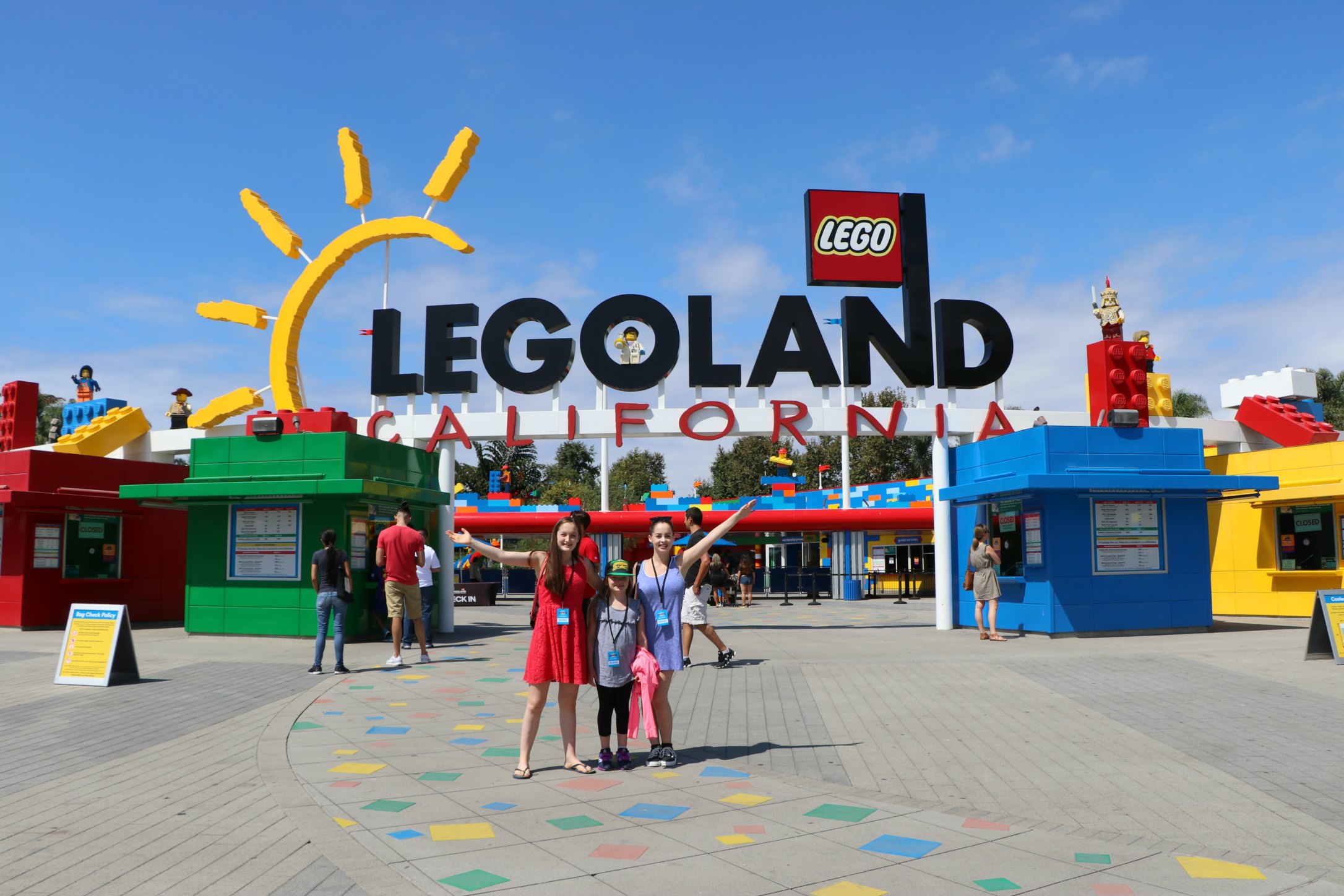 But the LEGO NINJAGO ride was open and waiting for us. It was the perfect thing to get us even more excited to see the movie later that night. Yep, we had an early screening of it! 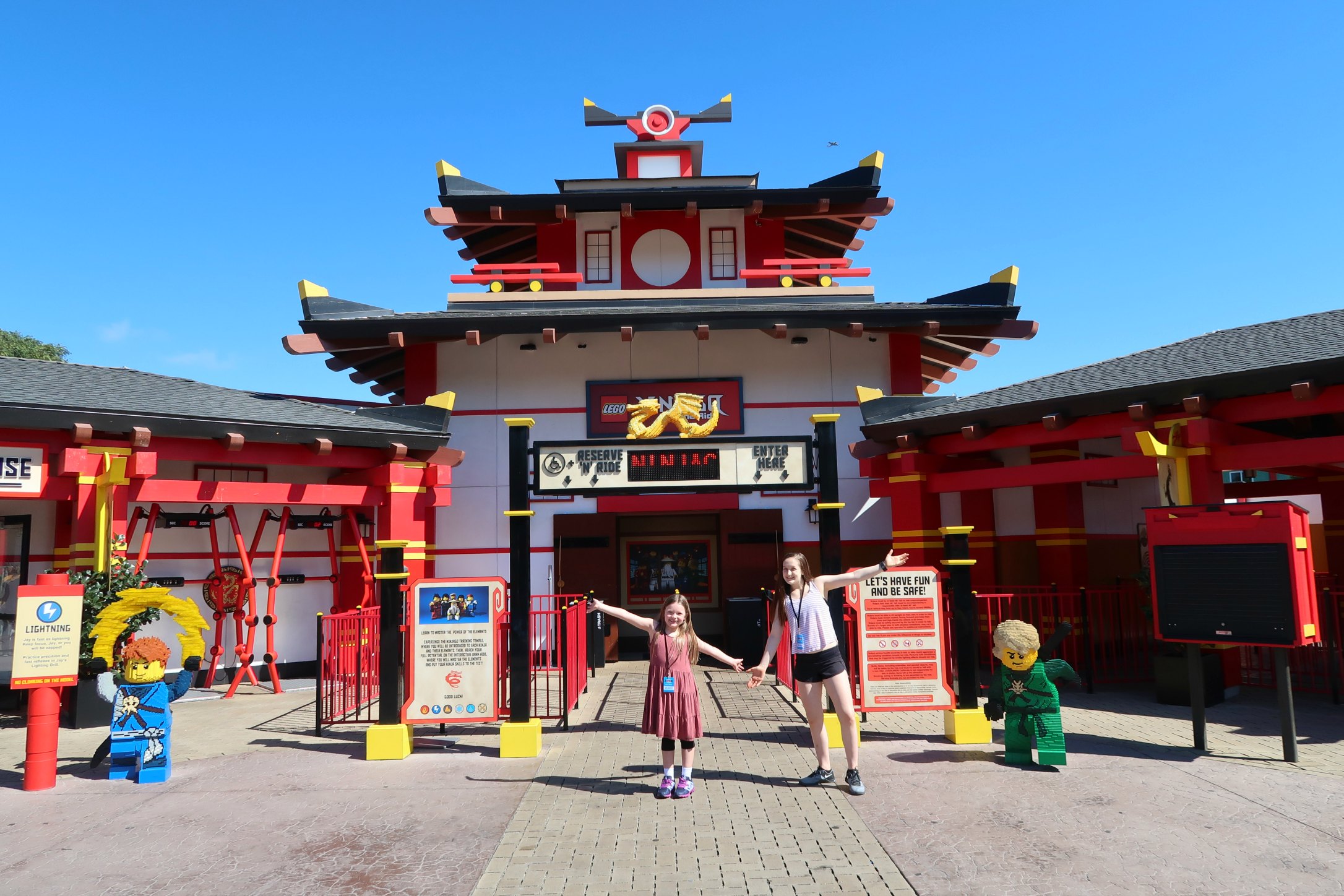 After that, it was time for some building. Please note I made a LEGO creation too… but it didn’t make the cut to share with you all. Let’s just say that I will be keeping my day job. However, there was a Master builder there to give us tips and his day job is to build LEGOS. Can you imagine being that talented where your job is to do that? What an amazing job too! 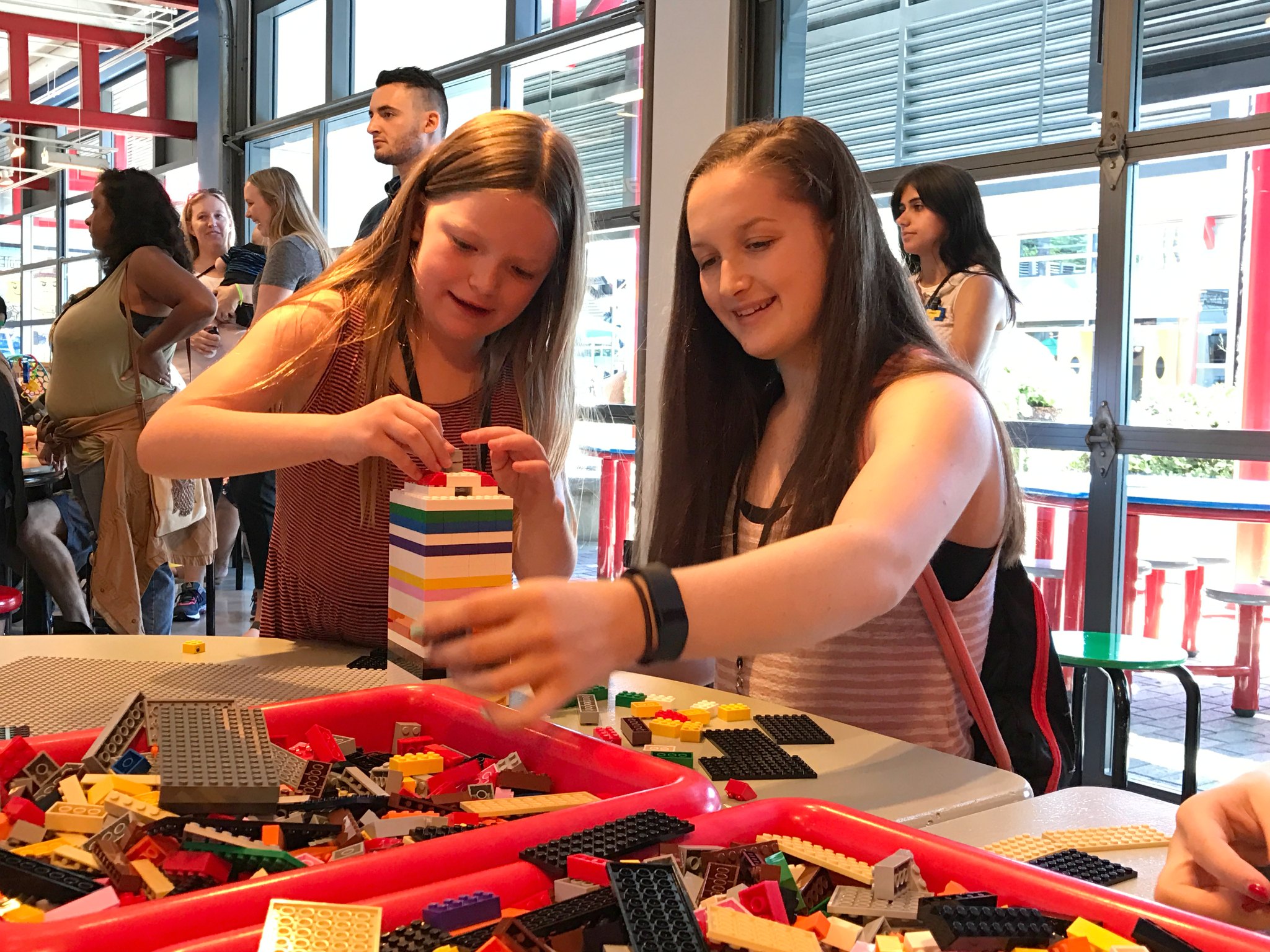 Soon after, it was the moment we were waiting for… screening THE LEGO NINJAGO Movie. You guys, it was awesome! No spoilers here… but we all liked it. That is a pretty hard thing to do since we have adults, older teens, younger teens, and a seven-year-old in our family, but we all loved it and a week later we are all still talking about it. “L’Loyd” is all I’m going to say. Once you see it you will totally get the joke. 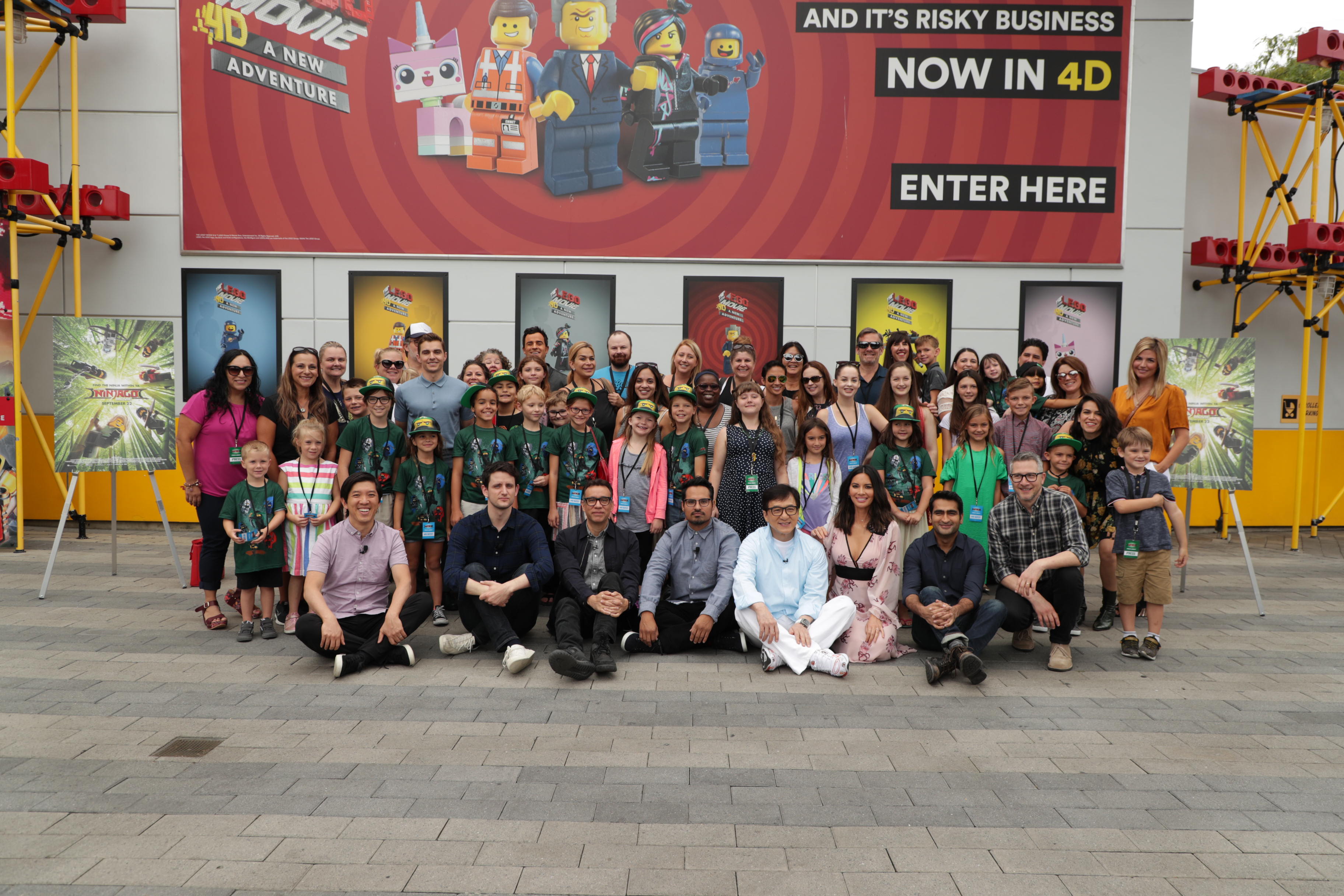 The best thing about this movie is that talent. They are all rock stars, not literally of course, although they might be? But they are awesome because of the range of characters they played and how well they did it. They are what made the movie so special. The jokes that were there for the parents and old kids, but went over the little one’s heads were spot on perfect. And then there was the storyline and funny lines that kept the little ones interest the whole time.

The big thing you need to know is who should see this movie… and the answer is, the whole family! We are planning on taking the grandparents after it opens too. This is so that they can get in on the fun and also so that we can see it again. This is going to be one of those movies we buy so that Em can watch it over and over again!

Here is more about the movie:

Find the Ninja Within Ya. The LEGO NINJAGO Movie arrives in theaters September 22!

In this big-screen NINJAGO adventure, the battle for NINJAGO City calls to action young Master Builder Lloyd, aka the Green Ninja, along with his friends, who are all secret ninja warriors. Led by Master Wu, as wise-cracking as he is wise, they must defeat evil warlord Garmadon, The Worst Guy Ever, who also happens to be Lloyd’s dad. Pitting mech against mech and father against son, the epic showdown will test this fierce but undisciplined team of modern-day ninjas who must learn to check their egos and pull together to unleash their inner power of Spinjitzu. Rated PG

Here is a trailer for your viewing pleasure: 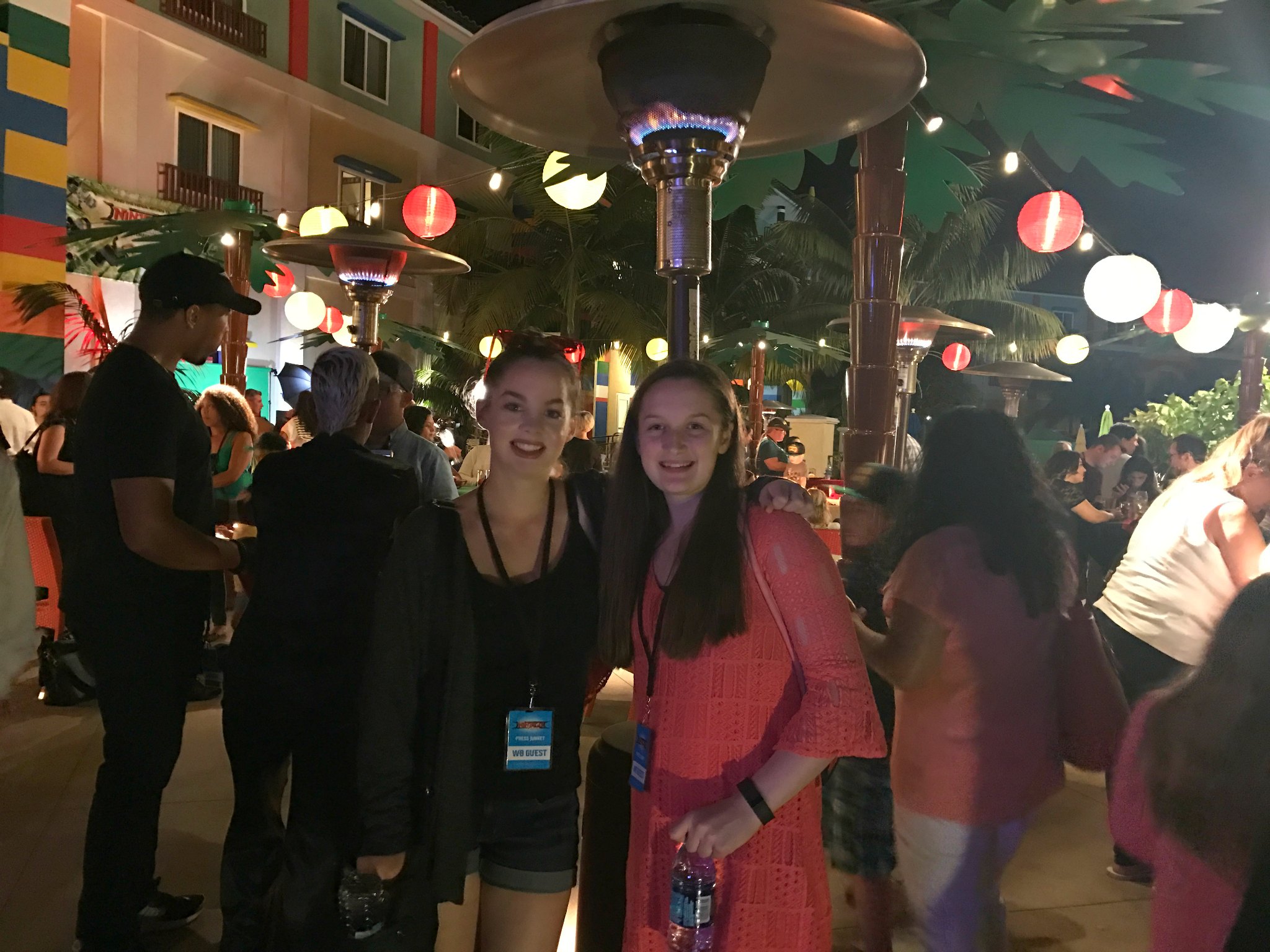 After watching the movie, we headed back to LEGOLAND California and partied it up! There was delicious food, fun things to do like build LEGO figures, have your face drawn in LEGO Characters, and more! We were all excited for the next day too so we headed to bed right afterwards so we would be nice and rested! 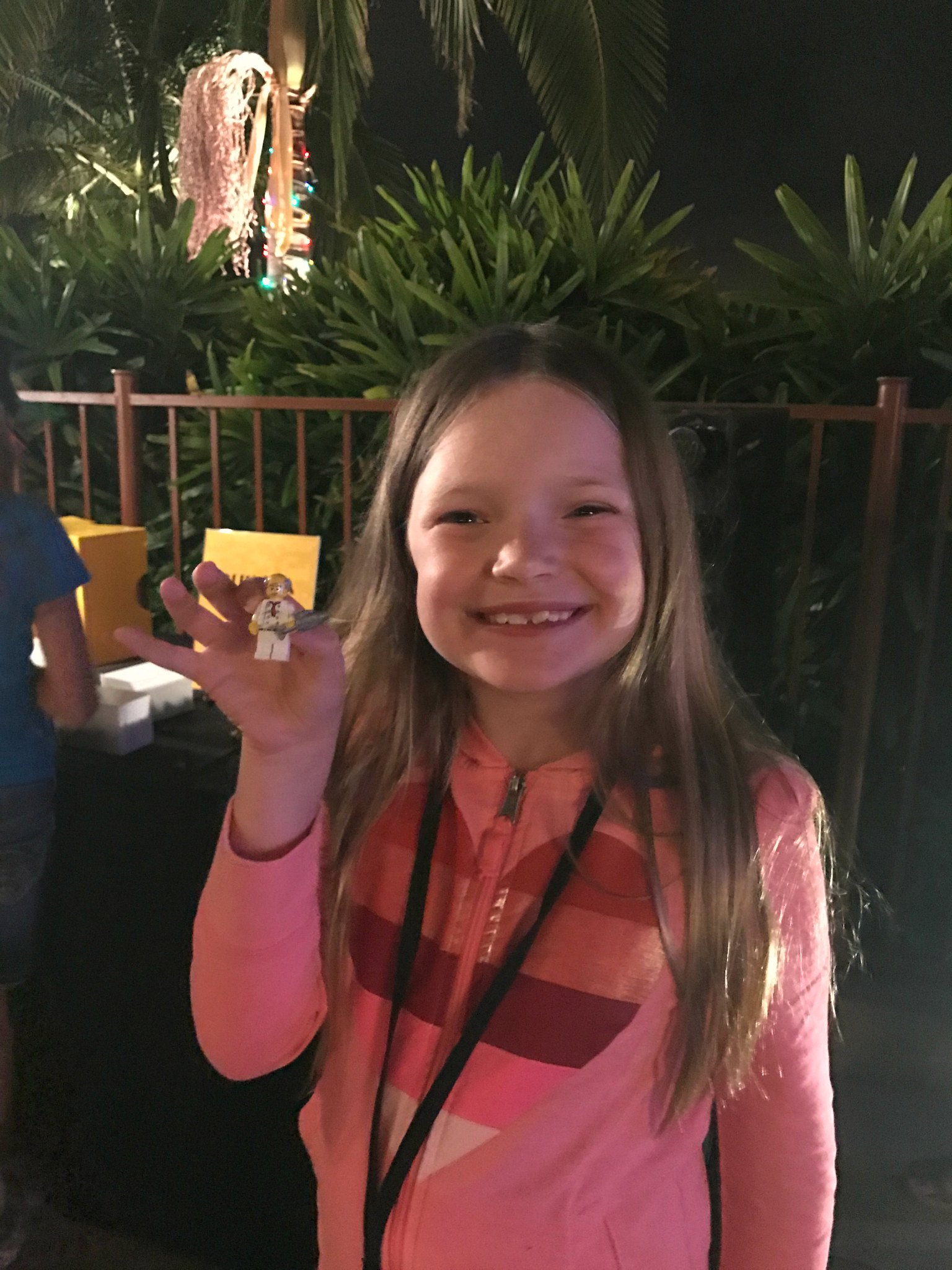 Soon it was time to meet the actors and interview them. 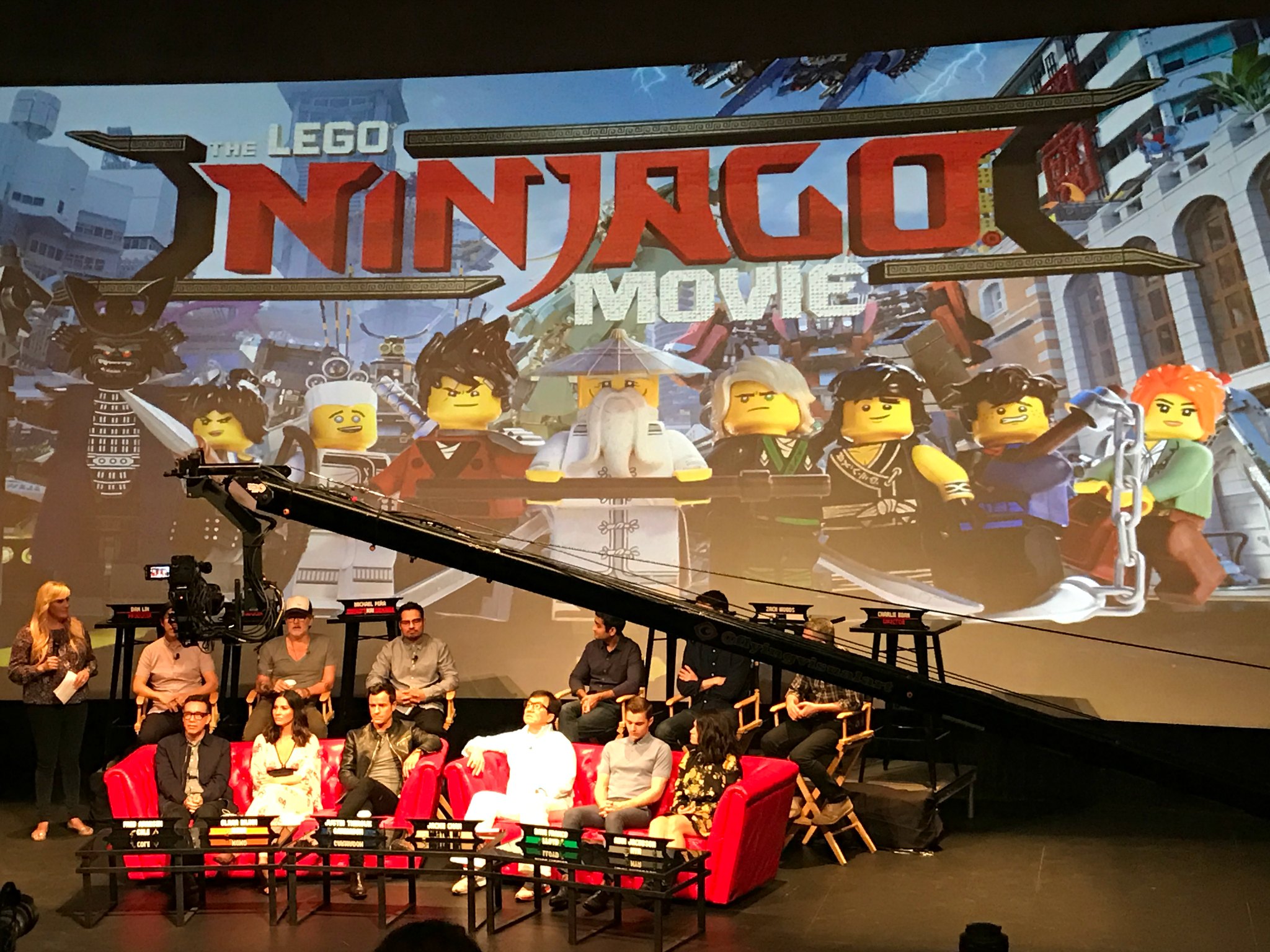 What a great group of talent they were! We loved hearing all about their special connections to the movie, like did you know that Olivia Munn is a Black Belt? Whoa! I asked Emmy who her favorite character was afterwards and she didn’t skip a beat when saying “ALL OF THEM”, followed by “Master Wu (aka Jackie Chan) is pretty awesome though. I totally agree. Pete, Maddie, and Ash don’t get very star struck, but even they were a bit glassy-eyed seeing him in person and listening to him talk about the movie. He is a legend for a reason! 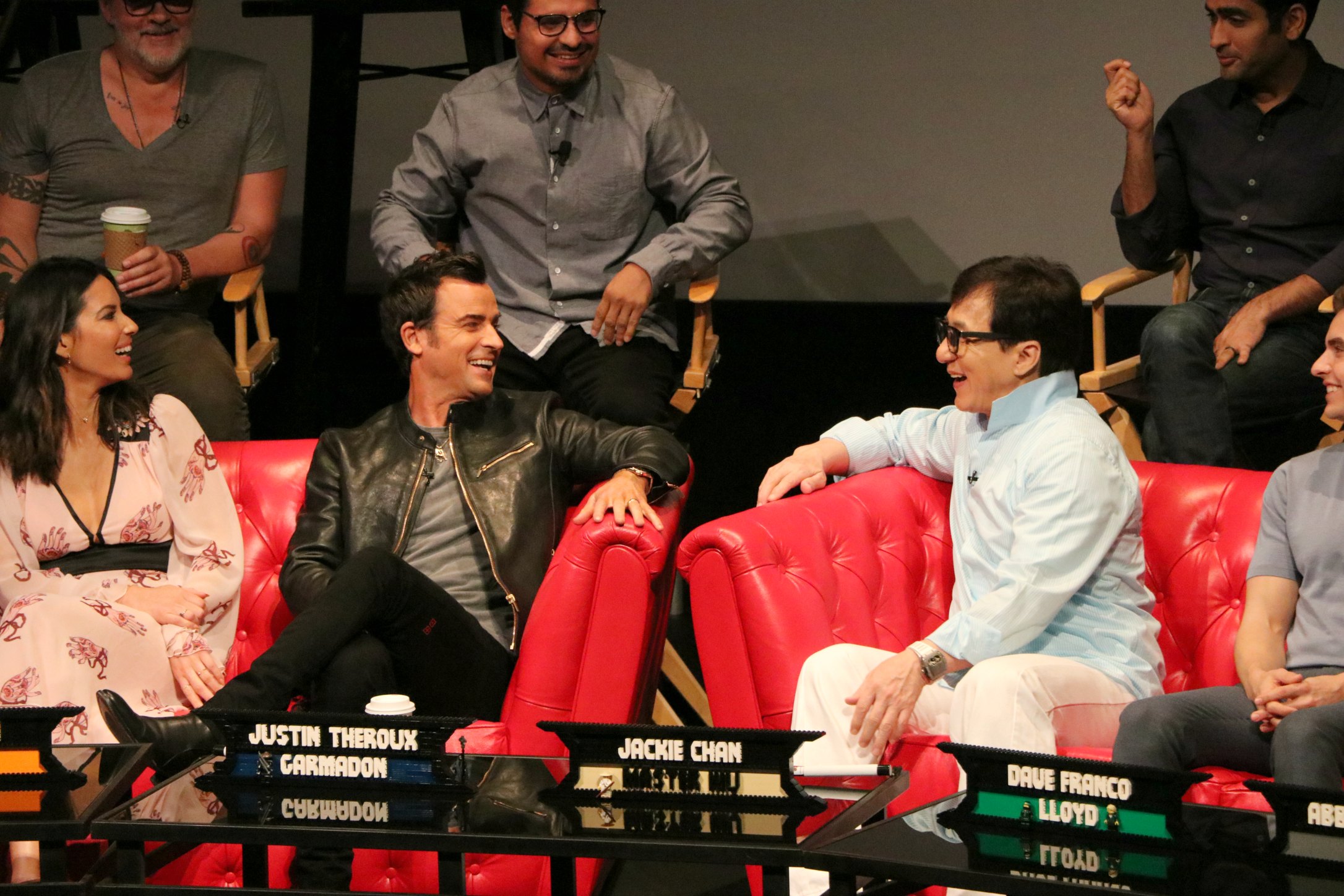 Of course, the junket ending way too soon- we could have listened to them talk for hours more… but we are all just so happy that we only have to wait one more day to see the movie again! September 22nd is that day. Mark your calendars and get to your local movie theater to see The LEGO NINJAGO Movie. Then hop back over here and let me know what you thought!

Do you have LEGO fans in your home too?