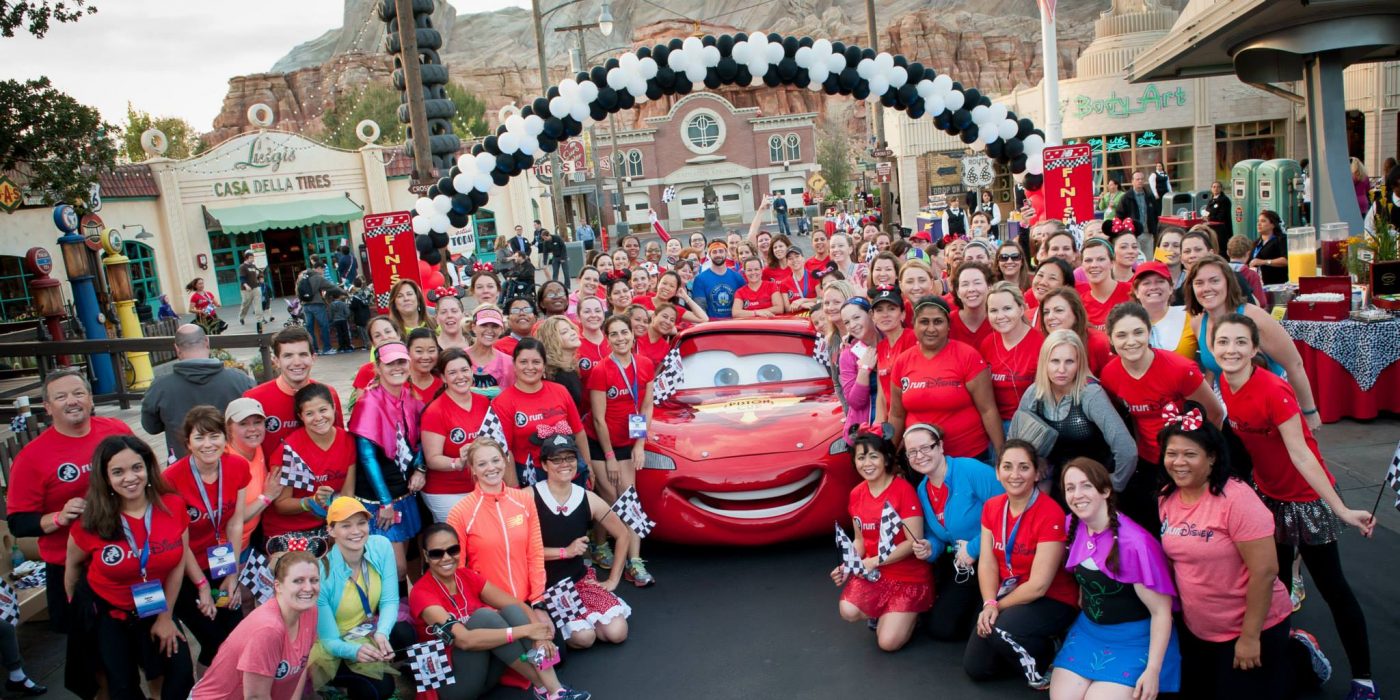 I was invited to attend the 2014 Disney Social Media Moms Celebration #DisneySMMoms. Although I was offered a discounted rate on elements of the trip, I paid the other portion. I was also provided gifts during the conference from conference sponsors. 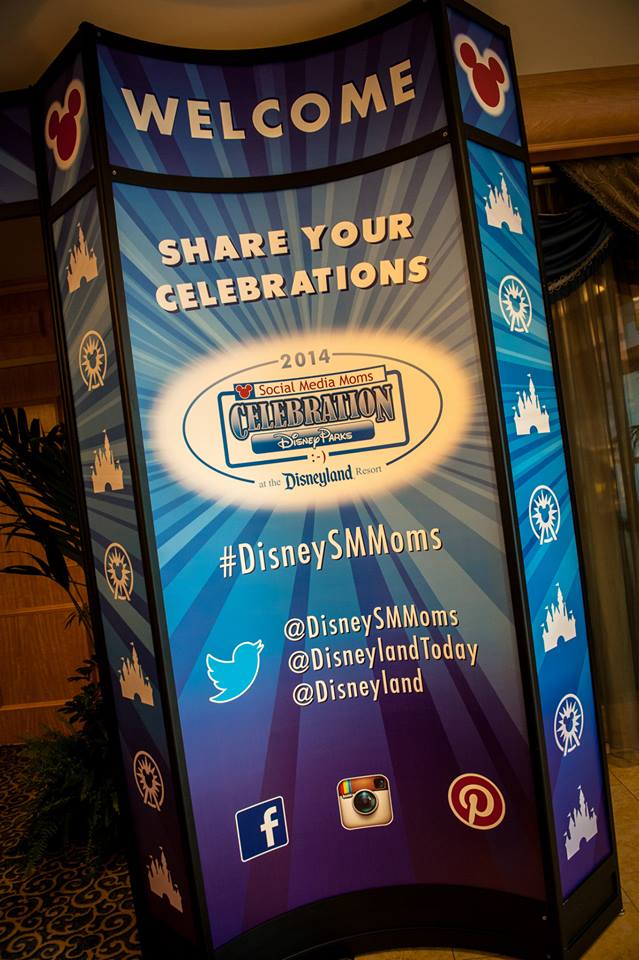 Have you ever had an experience that was so awesome that you can’t put into words how amazing it was?

Yep, I had one of those times at the Disney Social Media Moms Celebration 2014 at the Disneyland Resort! Being able to include my family in a business event is the perfect inspiration to keep me going and this event was more than just about fun. It was learning, inspiration and fun all rolled into one. And really, you all know I’m one of the biggest Disney fans out there so this was the perfect trip for me! 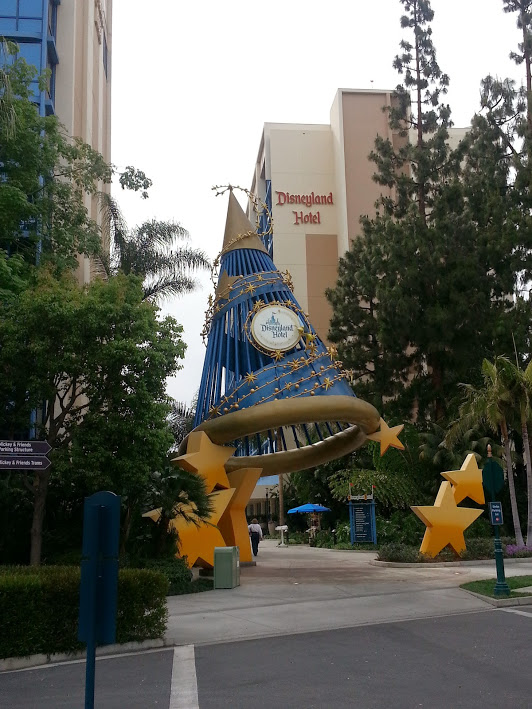 Can I just stop and tell you how exciting it was to see the Disneyland Hotel and to know how close we were to the fun starting! The Disneyland hotel just underwent a remodel and I was really excited to see the new rooms! I have another article coming just about the hotel because it was THAT awesome! 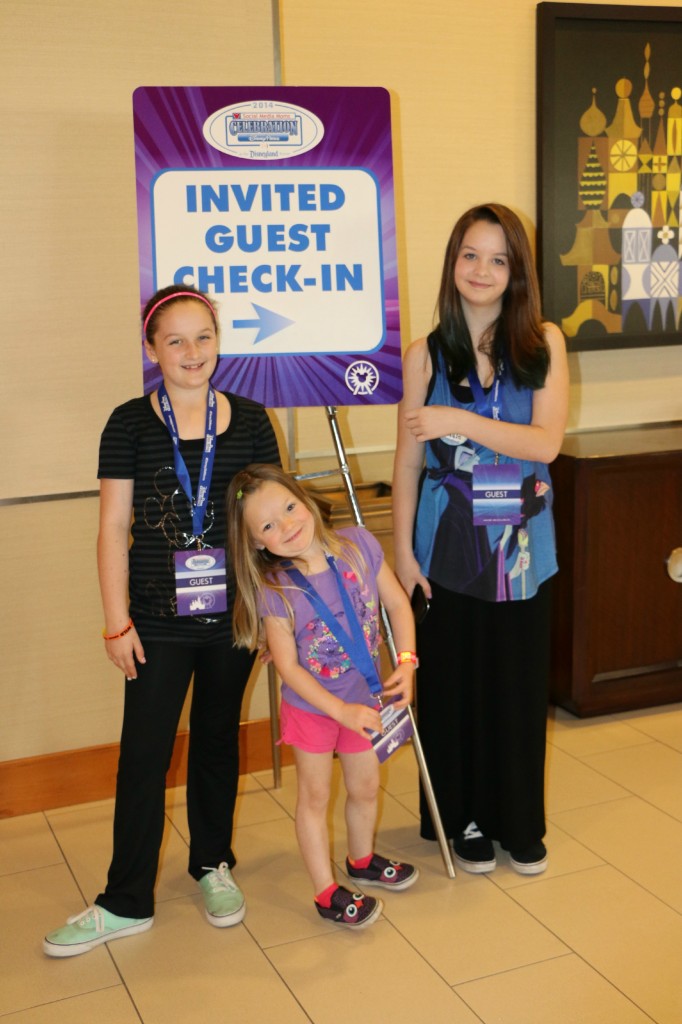 It took the girls 10 seconds flat to see the welcome sign!

Disney knows how to throw a celebration and they were waiting for us as soon as we got there! We might have checked in at record time so that we could go on some rides before the festivities started later that day! 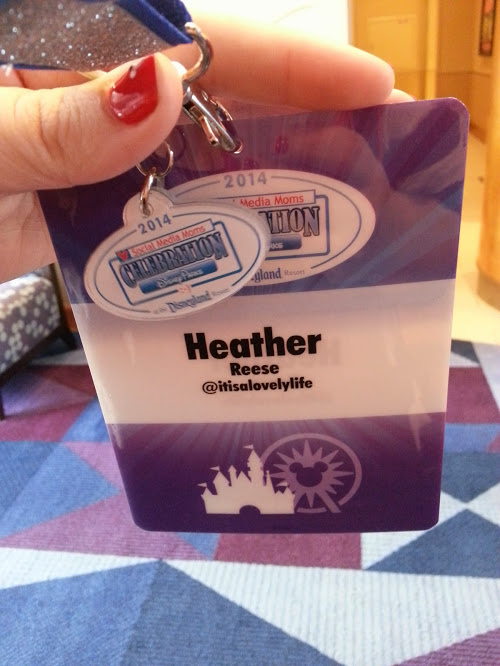 I snapped this picture because I NEVER want to forget how cool it felt to pick this up! It was like our secret pass to a world of adventure! 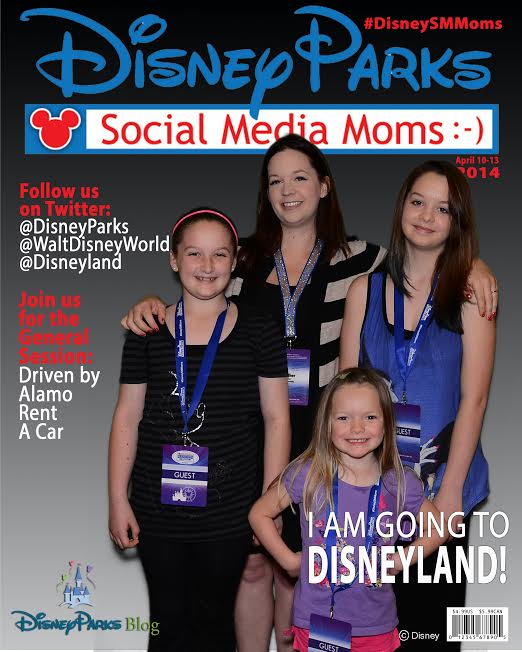 Do you see the little ones face here…

she was in charge {or at least she thought she was}! For weeks this was all she could talk about and now it was happening! 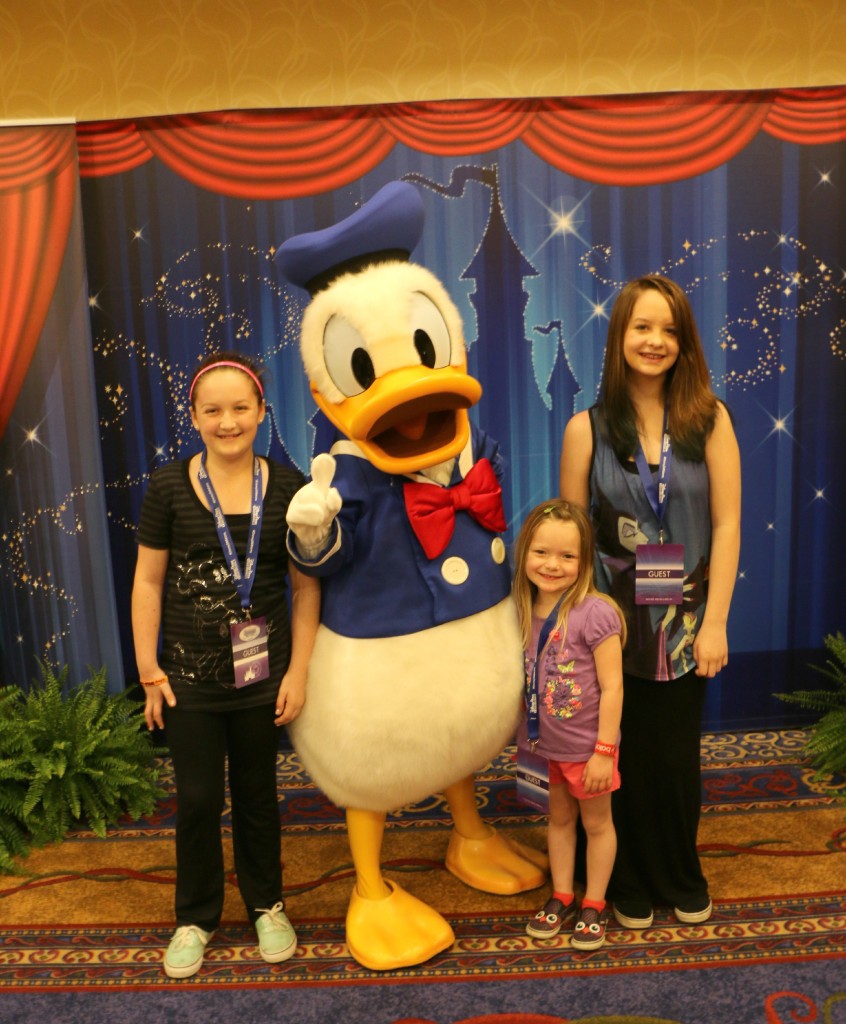 We made our way over to the characters and got some good photo opportunities in. Donald was numero uno! Did you know about the Disney PhotoPass™ Service? It’s a card you get from any Disney Photographer and then you give it to each one that takes your photos during your whole stay. Then you can go home and see the pictures and order them right from your computer. It’s great because the pictures are high quality and everyone can be in them. No more having everyone but one person in each picture! I wish I had used it for this photo… but I used my camera phone instead. I saw others that used the pass and they turned out phenomenal! 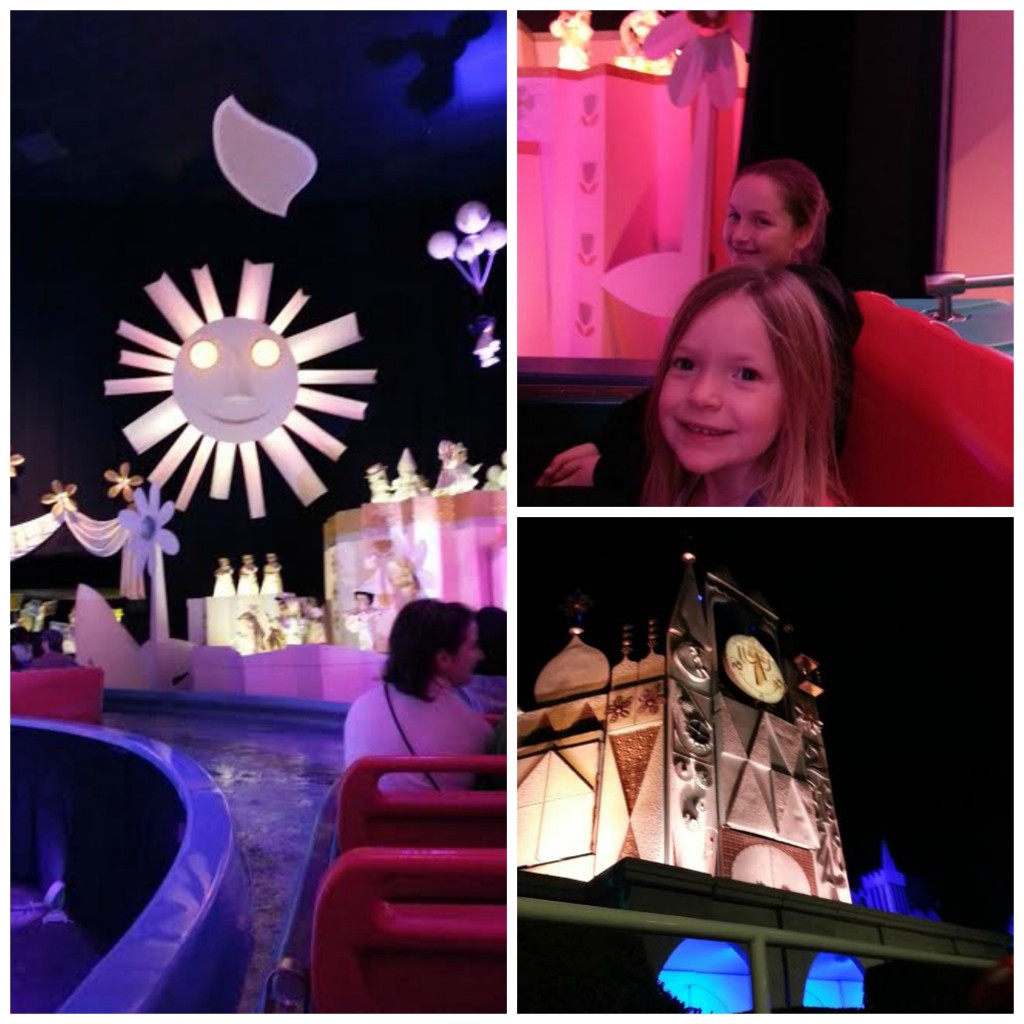 After we were all checked in we headed to Disneyland…

to go on some of our favorite rides including the newly updated It’s a Small World! I’m not going to admit how many times we went on it… but let’s just say it was a lot of times and a little secret for you all… stay in the line to the right. It moves much faster than the left one. 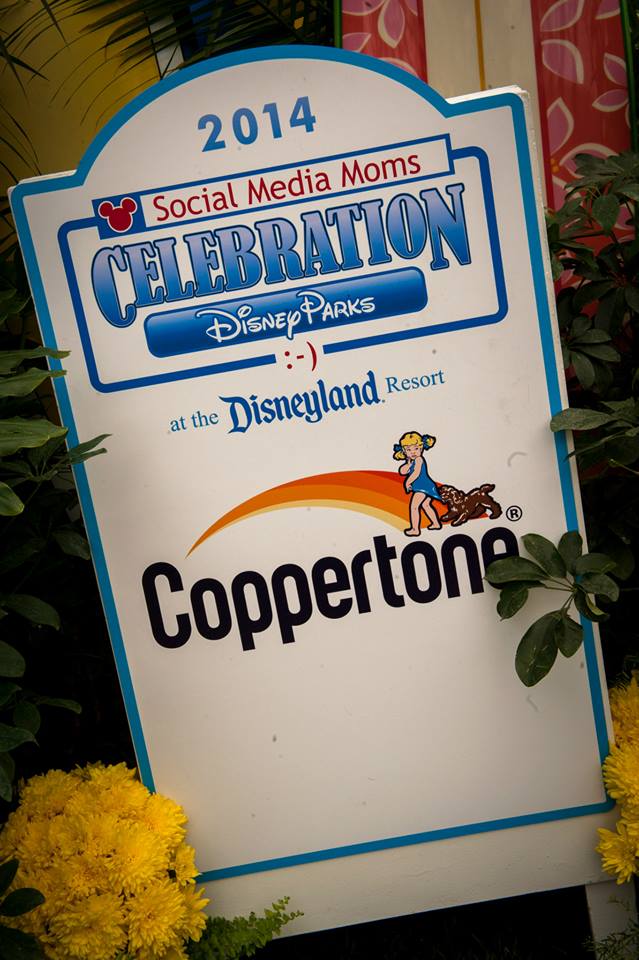 I left Pete and the girls in Disneyland and walked back to The Disneyland Hotel for a reception on the lawn. It’s the perfect spot for a wedding. Does anyone else think of these things or is it just me? I walked into the area and was like “I wish I had gotten married here”. Anyways it was a nice and casual way to start things off. I was very excited and nervous because this was my first time at the celebration and it was more than I could have imagined it to be. 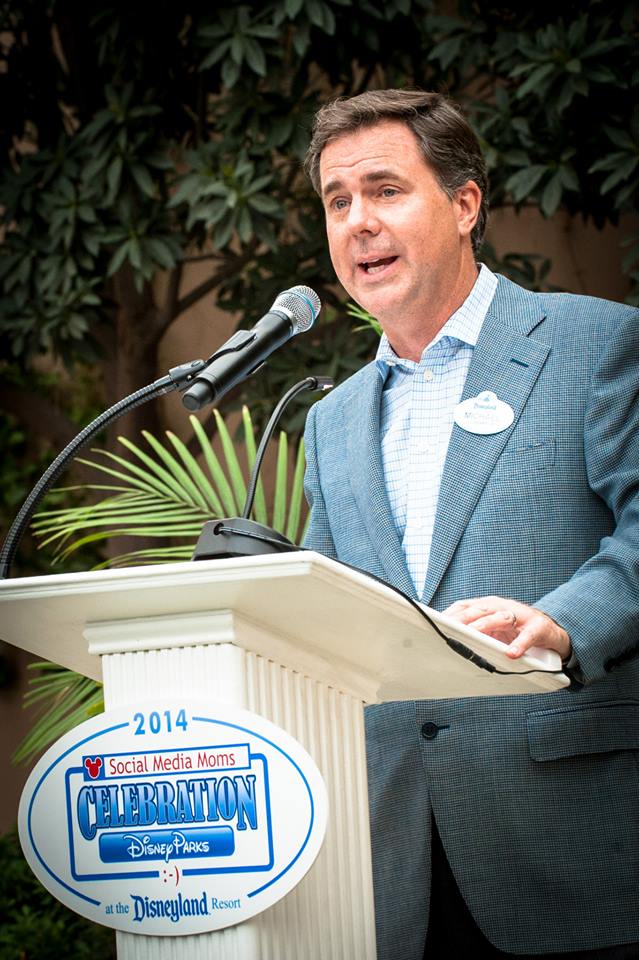 The afternoon started with Michael Colglazier {Disney Resort President} welcoming us to the resort! Leanne Jakubowski {Director of Social Media} said a few words and so did one of my favorite Disney people, Michele Himmelburg who is the Director of Disneyland PR! It was a great way for us to get comfortable and learn more about the Disney Resorts!

Coppertone was the sponsor for the reception and had tons of sunblock for us to take home. I’m obsessive about sunblock and I totally forgot to pack any so this was awesome to start things off with. We went through multiple cans while we were there and not a single one of us got sunburned!

And then there were my blogging friends! I was so happy to see Chelsea and Kate. They both share my love of Disney and of being moms and of course blogging. They made the event extra awesome!

And then it was time for dinner. Seriously! Like wait, “we just had a little party and now we get to go have a big party” kinda feeling rushed over me! There was live music and dancing {my kids did at least, I didn’t want to scare anyone with my dance moves}. Tons of healthy foods, snacks and some treats too! 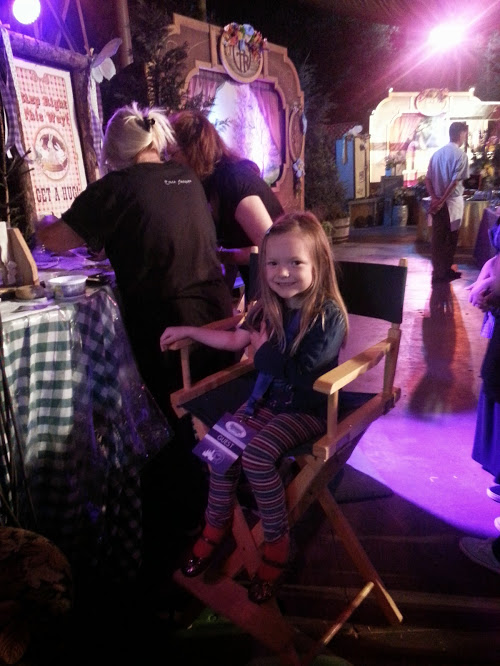 Face painting and arm painting {wait, you’ve never heard of that? You must not have a 4-year-old!} 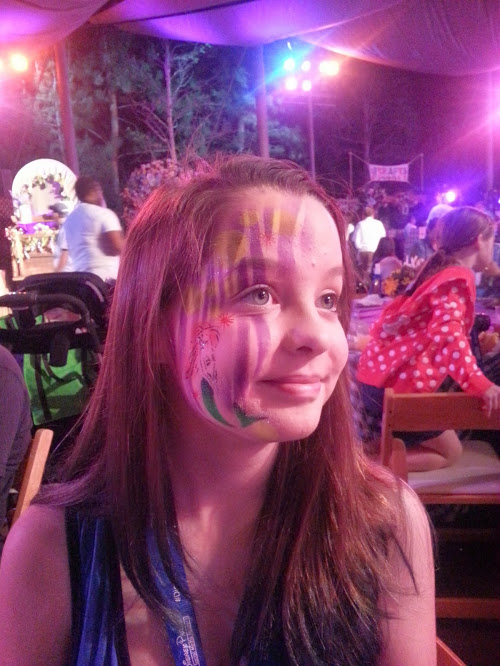 I’ve known about Mickey Check {it’s that mickey mouse below with the check mark in it}. It helps identify nutritious choices! But other people were learning about it for the first time. It’s a great tool to have when out in the parks because you can tell your children to look for it and pick their own snack or meal with the logo. 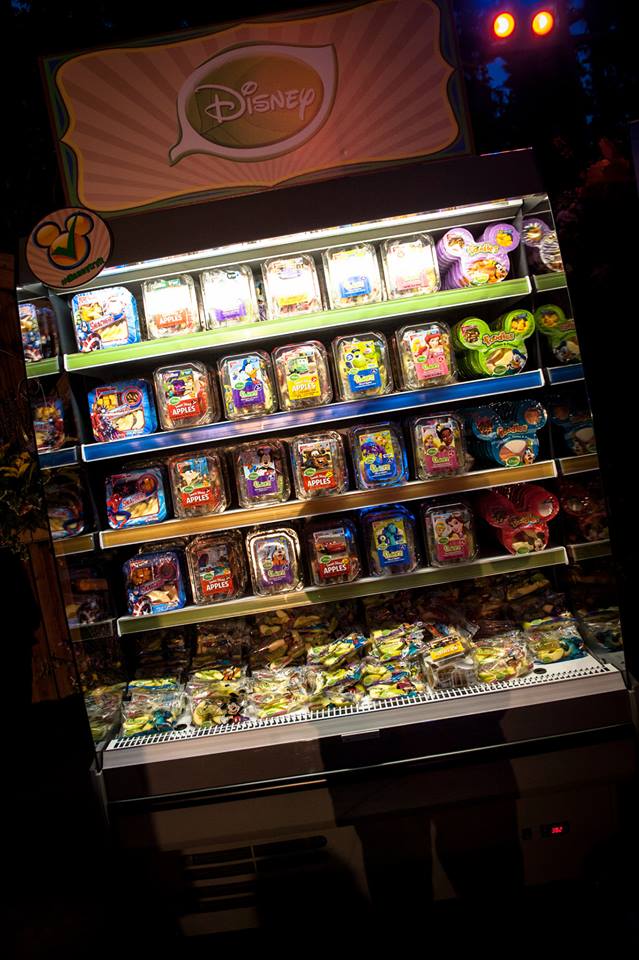 We also learned about the new line of foods called TRYit! Which has healthy grab and go options!

And because what is one of my posts without food… I present you with one of the meal choices! Pete said it was great! The girls and I stuck to the veggie options and we left FULL!

What is your favorite food to eat when at a Disney Resort?