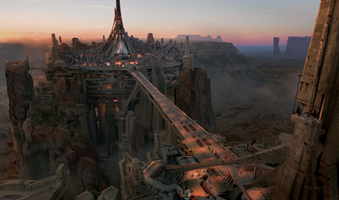 Like most parents, my husband and I spend almost 100% of our time working or spending time together with our children as a family. This is our life, and we love it. However, when the opportunity presents itself to spend time just the two of us we take it and run! Well, this time we took it and sat as the wonderful people at Disney Studios invited me to an advanced screening of “John Carter”.  I had heard some talk that this might not be the best movie for children, and it was a night time viewing on a school night so we decided to make it a date night.

I went into the movie with very little background knowledge. I was not comparing it to anything. I knew it was 3D, and I knew it was a sci-fi genre. That’s about it.

Let’s get you started with some background on this amazing adventure {complements of Disney}:

“John Carter” is an action-adventure set on the wild and mysterious planet of Barsoom (Mars) with its unfamiliar inhabitants: the warring Red Men of Zodanga and Helium, the savage Tharks and the manipulative and all-powerful Therns.

Once a world rich with life and civilization, Barsoom is now a dying planet, devastated by conflicts that have raged for over ten thousand years. The Zodangans, lead by Sab Than, battle with the Heliumites, whose beautiful Princess Dejah Thoris strives to find a solution that will end the fighting and save her beloved planet. When war-weary American Civil War veteran John Carter is unexpectedly transported from a remote cave in Arizona to the red planet, the balance of power is tipped. The change in gravity gives Carter extraordinary abilities. His apparent “super powers” flummox the warring tribes and make him a powerful asset to any who can capture him. He is initially found and enslaved by the Tharks, but Carter wins the respect of their leader, Tars Tarkas, who risks everything to help him escape the fearsome tribe so that he may find a way back home. With the assistance of Dejah Thoris and Sola, a Thark woman who is entrusted with his care, Carter embarks on the perilous journey to the sacred Gates of Iss in the hope of returning to Earth.

Following ancient Barsoomian legend and his raw instinct, Carter finds the Gates, but far more is revealed there than he and Dejah ever expected. Meanwhile, Sab Than has convinced Dejah’s father, the King of Helium, to agree to a political marriage of convenience between himself and Dejah in order to unite the warring entities and end the civil war. Unbeknownst to the king, Sab Than is operating under the control of the all-powerful Matai Shang, leader of the Therns. The intention is not for peace but to overpower the Heliumites, paving the way for the Therns to take ultimate control.

When John Carter learns of this treacherous plot, he embarks on a mission of heroic proportions. With the help of his ally Tars Tarkas, Carter forms a formidable army, setting out to reach Helium and stop the wedding before it is too late. The survival of Princess Dejah, of Helium, and the entire planet of Barsoom rests in the hands of one
extraordinary man—John Carter!

Ready to see some of the magic behind this move? Check out this trailer:

Here’s the deal. This movie has a lot of violence. There I said it. It’s a Disney movie and there is lots of fighting. Swards are thrown around like noodles and aliens bleed green goo like water flowing from the Grand Rapids. But it’s not the kind of violence that makes you want to run and hide in a closet and it won’t make your kids feel like doing the same. It’s fighting for the better good. It doesn’t ever make you feel like you are in danger or fill you with the desire to arm yourself with your weapon of choice. There is one very short scene where there is a flash back to a different time and you can make out what appears to be the lead characters wife and child dead after a war battle. It’s quick and not graphic. The majority of this movie is simply action packed where good is poised against bad, and choices must be made to fight for good.

I will be taking my 11 year old daughter to see this movie. She will love it! She’s the perfect age to get all the jokes, enjoy the action and see the hidden meanings that are scattered throughout the movie {my favorite being that a Father’s love defies all} My two year old will definitely stay at home. The 9 year old will most likely come with us to see it. If the 9 year old was a boy I am sure she would love it too…

Is there mature content? Yes and no. But definitely nothing of concern. There is a kiss. There is a fair bit of skin showing. Nothing crazy though.

Here’s my wrap up- I don’t ever set out on purpose to watch action movies. I don’t like to feel stress when I’m supposed to be relaxing {I have enough stress with 3 kids, enough said} But this was different. It was engaging and up lifting. I felt like I had just returned from an adventure myself when it was over. I was inspired to conquer the world! My husband thought that it was a very fun movie too! The 3D animation was fantastic. I completely lost myself in the story line… it was that good.  Of course there was the romance aspect too. A huge undertone throughout the movie, just enough to hold my interest, but there was so much more too! I left wanting more but also very satisfied that life is good!

I leave you with my favorite character:

Melted my heart every. time. he. appeared.! He’s the main reason I think my 9 year old should see this… she will totally fall in love with him!

Are you planning on seeing JOHN CARTER?