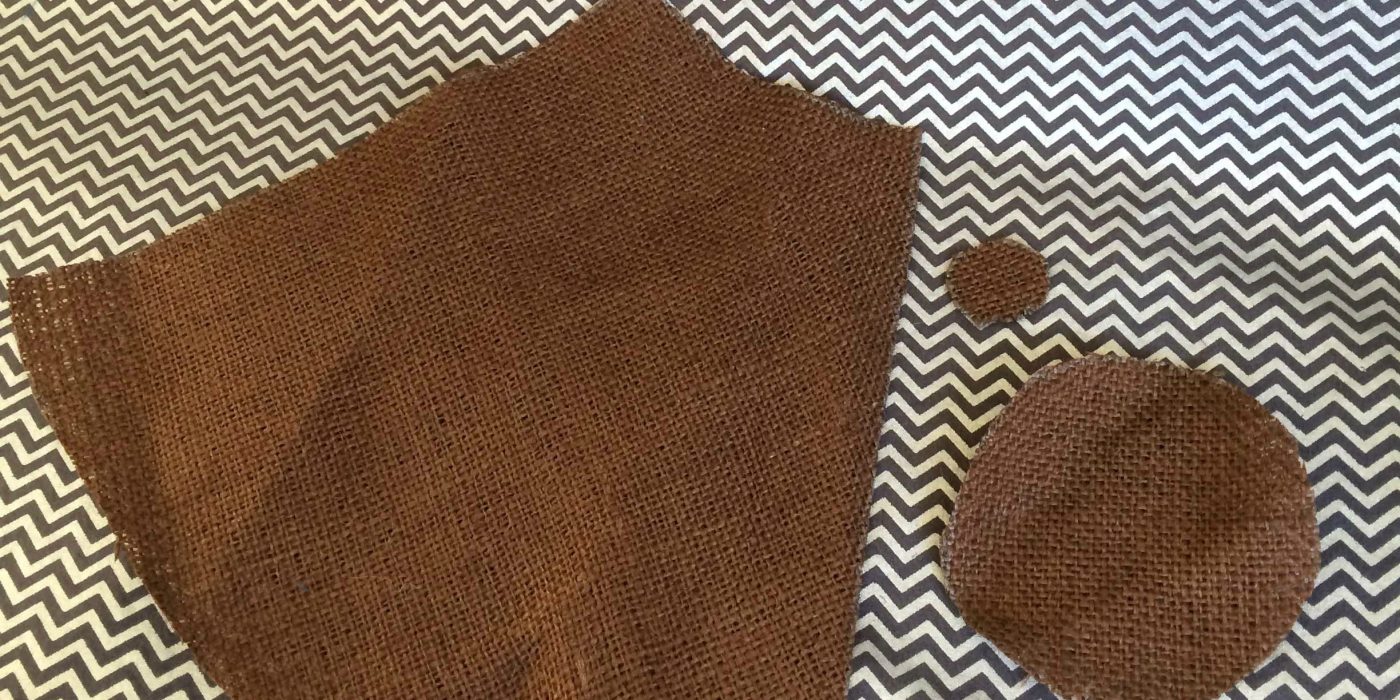 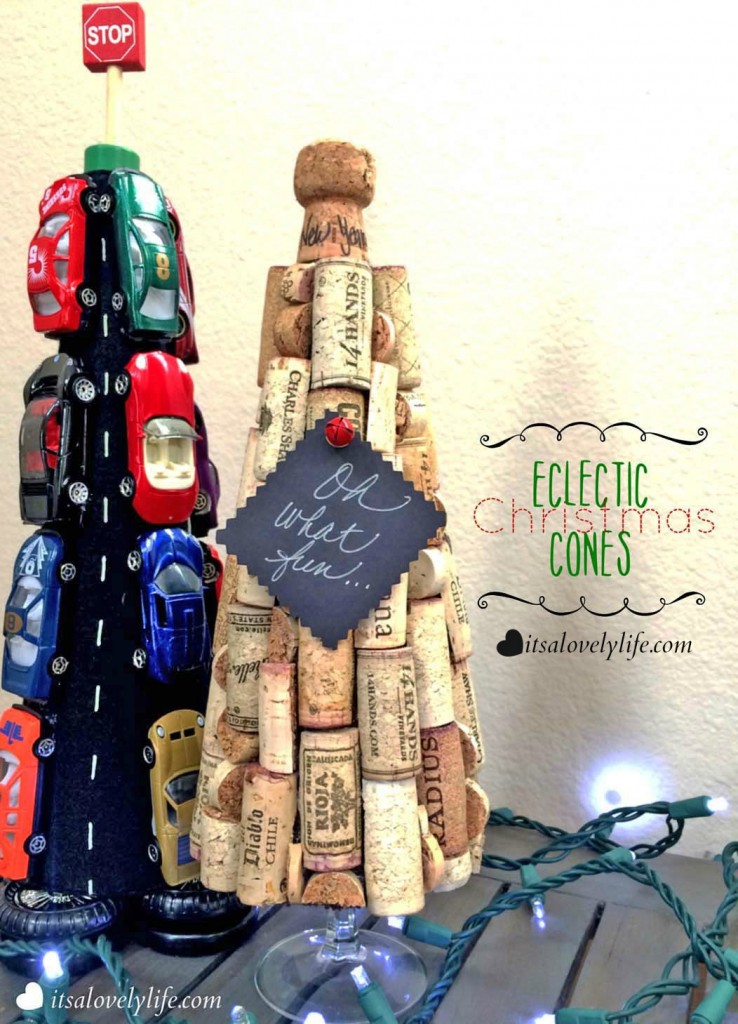 It’s the most wonderful time of the year, again!!!

Time to gather around the crafting table and share new memories with or family and friends.  These two projects can be assembled with found objects along with a few of your own tools you have in your own home, and with a stop at your local craft store or dollar store you’ve got yourself one lovely pre-holiday afternoon!

– Wine Glass (Dollar store or old wine glass, we will be breaking it)

Using the unbroken wine glass.  Trace around the top of the glass onto the bottom of the cone.  Begin to cut/dig out approximately 2-3 inches into the cone, in the middle of your traced mark.   This is where the glass will go.  Next, take the large cone-shaped fabric piece and using your hot glue gun, adhere it to the body of the cone. Now, I didn’t have a wine glass that had been damaged so I bought one at the dollar store and took it outside to my bricks and gently knocked the rim on the bricks until I was left with a bit of the base and the stem.  I really just wanted the stem.

I then glued the glass into the cone and stuffed pieces of paper into the base to keep it in place.  I took the circular pattern piece and cut a slit and tiny hole in the middle for the stem.  I glued the circular piece to the base to cover up (hide) the innards. Note: When gluing the bottom it helps to pinch the two fabric pieces together (cone body and cone base) to close up the seam.

First, be very careful when cutting.  I would say if you have a handy man in your life, be it friend, sibling or husband, and he is willing to help you with this, accept his help.  I used my pruning shears, as it seemed the easiest way to cut the corks in half.  I mainly decided cutting them in half was the way to go, so they’d be flush against the cone.  I also had fun making it as eclectic as possible by filling in the small crevices with the bits of splintered cork I had laying around as I worked.  It is a work out, I will tell you that. Cut all 20 or so in half and leave the others to cut later as fillers. After you have cut them begin to place in whatever configuration you desire.  I started with a spiral, then ended up placing as per each shape of cork I picked up.  This was the fun part!  Keep on gluing until your cone is covered. 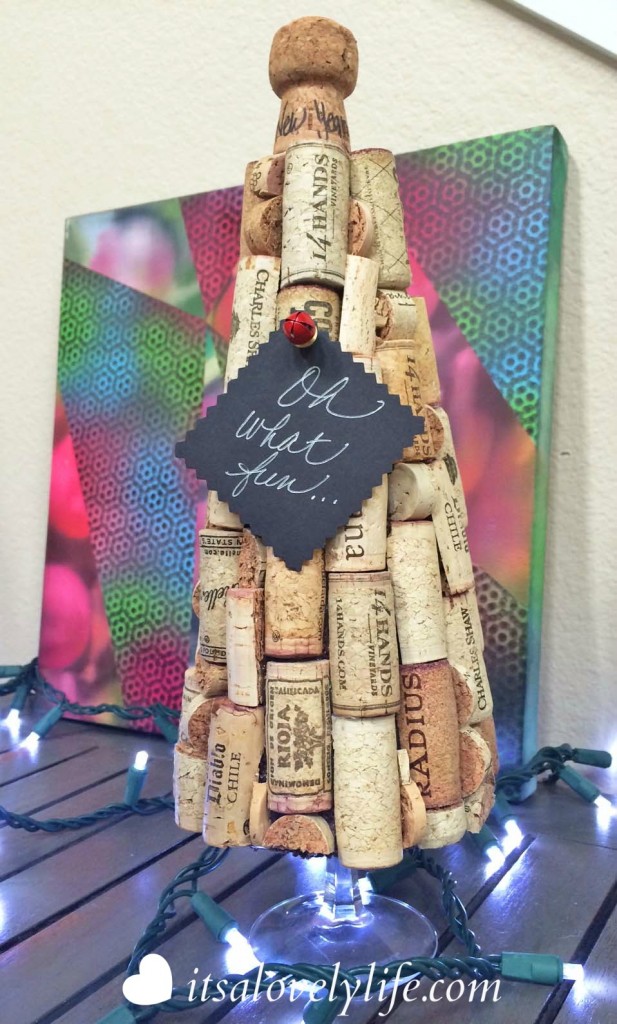 This can actually be left out all year long.  Say you have a friend who loves wine and is an arborist…Perfect gift, yes?  Or place it in your home near your bar area and friends can pin little sayings at your many yearly gatherings.  Always fun to look back at these little gems.

If you are looking for a tree to do with your little ones at home, try this fun Car Tree!!!

You know those middle of the night sit up in bed, grab your pen and paper and begin sketching – ideas…this was one.  I wanted a project that my ten year old would be interested in, that took some time to figure out.  My son isn’t always so willing to help with some of my insane crafting requests, but this one involved toy cars and who can resist the nostalgia of a toy car! He not only agreed to help, he even offered up his own toy cars from his personal collection, (those that are no longer “displayed on his shelf” that is) as well as a stop sign topper from his old train set. We followed the same technique used to cover the cone with fabric in the cork tree, with a base and top circles cut from the fabric. The rest was fun and simple. This was one of those moments I wish we were a reality TV family, and I had a camera crew filming to capture the moment. TIP: We found it was easier to place a dab of glue on our grocery bag surface, and dip each wheel into the glue and place it on the cone as it lay flat.

What is your favorite Christmas Craft? 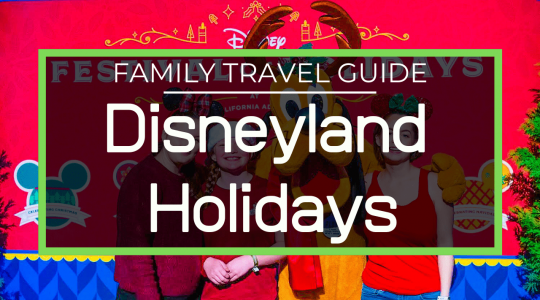 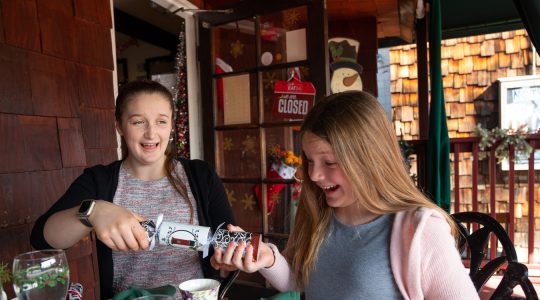 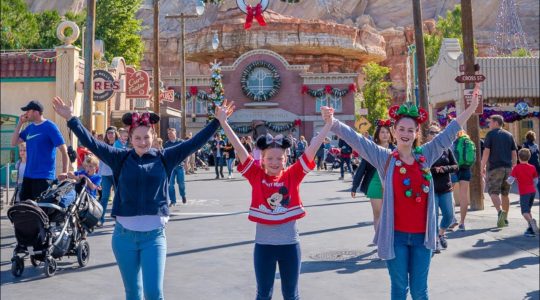 Kicking Off The Holidays At Disneyland 2018 Review 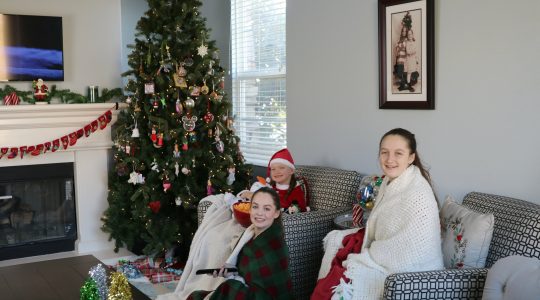 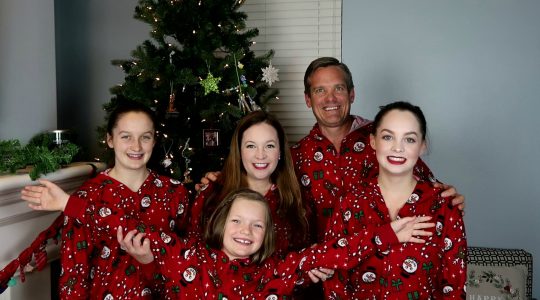 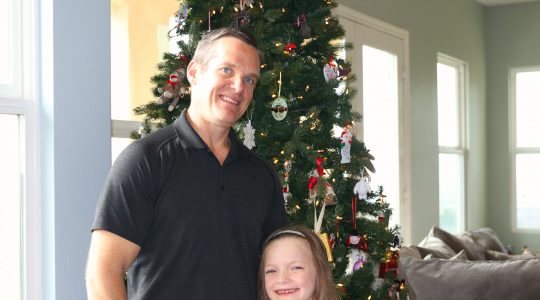