Home > travel > What To Do and Where To Stay In Dover, England
travel

What To Do and Where To Stay In Dover, England 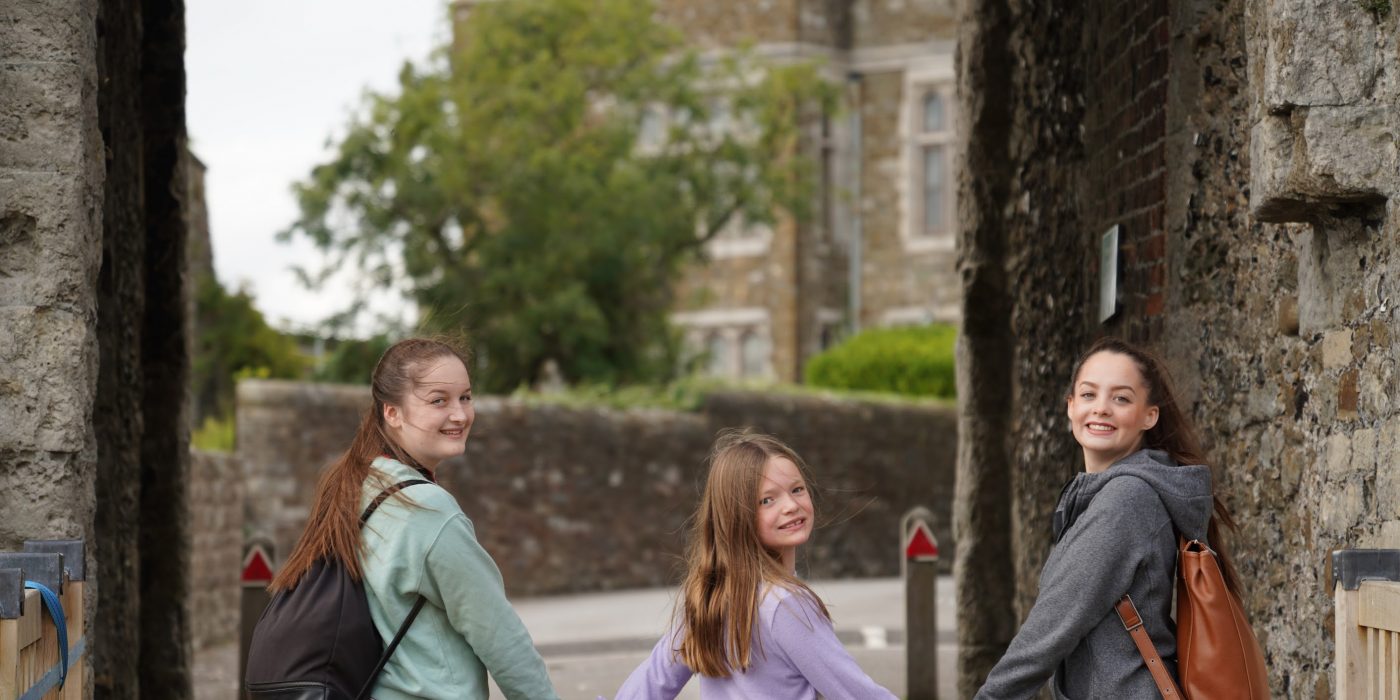 Taking a cruise starting in Dover, England, and wondering where to stay, eat and what to do? We are sharing how to spend your time before your cruise starts.

What to see and do in Dover, England.

After we took the ferry from Calais in France to Dover in England, we were excited to spend the night in Dover before boarding our transatlantic Disney cruise back to the US.

Which hotel to stay in when you are in Dover, England.

The first thing we did was take a taxi from the ferry terminal to our hotel.

Our first time cruising out of Dover, we stayed at the Best Western Plus Dover Marina Hotel & Spa, pictured below.

This was a great location right on the water and we were even able to watch the P&O ship come in that we would later take the next year.

And we could also see the Disney ship that we would be cruising on to America.

How to get from the hotel in Dover, England to the cruise ship.

Getting to the ship each time was a little bit of a mess, but an exciting time nonetheless.

Both times we attempted to arrange for a driver ahead of time, and each time we were able to book the ride, but the drivers never came to pick us up. It didn’t end up mattering because all of the taxis, private hire drivers, and anyone else in the area that offered rides came from far and wide to make money that day so there were more than enough people offering rides when you need to get over to the ship.

So even though you might need to cue up for a bit, the drivers know all of the hotels and just go round and round collecting everyone, drop them off at the ship, and circle back for more people. My parents are in their 60’s and 70’s and get around very well so standing isn’t an issue, but the next year when my in-laws came with us, we had to be more aware as my mother-in-law isn’t as mobile. We ended up having her sit inside the hotel until we secured a driver and then she came out. If you don’t see a line of people the morning of your cruise, just ask at the hotel lobby and they can point you to the spot.

The Best Western Plus in Dover is a very pretty hotel with a great location and water views. It is considered a historic hotel because it was built in 1841 in the Victorian style. It was first a hotel in 1947 and called The White Cliffs Hotel. It was closed for a bit of time and reopened as The Churchill Hotel (yep, after that Churchill) in 1994 and in 2011 it became The Dover Marina Hotel.

The majority of the rooms it seemed were 2 person occupancies which I would imagine is just fine for most travelers but not families like ours. So we were happy to get a 3 person room and a 2 person room. Pete and I had a Superior Double Room with a balcony and water view. The girls stayed in a Standard Family Room. The rooms had a very historic feel to them which my parents loved. They love staying in historically decorated rooms and thought this was great. Although the rooms were clean, they were tiny (as to be expected) and the elevator was very small. We had to call down to have our restroom fixed as it was not working when we arrived and it was fixed in a timely manner. If older buildings are your thing, you will love this hotel.

The second time we stayed at a newer hotel, The Travelodge Dover.

We chose this hotel because it would be easier for my mother-in-law with newer accommodations and larger elevators to make transporting our luggage easier. It also is situated in a shopping center with grocery stores and multiple food options. My in-laws used this opportunity to buy some wine to take on the ship. Be sure to check the current Disney rules to see if this is allowed and the limit for your cruise if this is of interest to you.

The rooms are tiny but clean and perfect for a one-night stay. They are also very reasonably priced. You will have to pay extra for breakfast and WIFI and it works out better priced to bundle these when booking your room. They offer a “Family Room” that can sleep 2 adults and 2 children, which is rare to find and we booked 2 of those just to have a bit more room for all of us.

There is also an on-site restaurant that serves breakfast and evening meals, desserts, and drinks. The very “English” breakfast was surprising in that it was of high quality and quantity. In the US, this level of a hotel might have a passable breakfast, but this one was much better than we expected. They even had vegan options. When we checked in we saw that they had a warm vegan brownie and ice cream dessert and vowed to get it that evening. It was the best vegan brownie we have ever had!

Even though the breakfast was great, that did not stop us from going to the Greggs in the shopping center for their vegan sausage roll.

Greggs is a British bakery chain that we heard of when they announced that they were serving this new vegan sausage roll. Having never had a sausage roll before we were excited to try it. It was amazing and we wished we could have brought some onboard the ship to snack on. Not that you need to bring any food like this with you (or are allowed to) on a Disney cruise!

What to do in Dover, England.

After we were checked-in and had secured a place for our luggage, we headed to Pete’s ancestral castle, the Dover Castle.

Yes, he and the girls are direct descendants of Henry II who had it built- and he will not let us forget this. Ha!

But still, Dover Castle is a very fun place to visit. It tends to close early-ish in the day so plan to visit as early in the day as possible. There are a couple of formal tours focused around when it was used in WWII that we really enjoyed so you will want to inquire about tour times when you get there and plan your time there around those tours. There are awesome views from the castle of Dover and plenty of places to enjoy a snack and take in the sights.

Ever wonder why I don’t share many pictures of myself here? This is why. I have pictures of me, but there is often a photo bomber in them too!

As far as dining in Dover, we have enjoyed hotel breakfasts both times and had snacks for lunch at The Dover Castle and also in little shops around town.

For dinner, make a reservation as soon as you book your hotel. The food tends to be seafood and meat and potatoes, but we also have been able to find Italian options that could be veganized.

On our first time spending the night in Dover, we dined at a small little Italian restaurant and asked if they had vegan options. They said no problem and that they would have something for us. When we got there, we were treated to an amazing meal. The owner had personally researched how to cook vegan and had gone to the grocery store that day for vegan cheese and other ingredients just to make sure we were well fed. I was shocked by their hospitality, especially since we would have been happy with plain pasta and red sauce.

The second time that restaurant was not open so we ate at a restaurant as close to our hotel as we could find to make it easier for my mother-in-law and it was a very festive good time! The food was good and the evening very special.

The whole town seems to come alive for cruise sailings and they are very welcoming of the influx of visitors.

We really enjoyed our time in Dover, England. Even though we have been there multiple times now, we look forward to going back many more times! 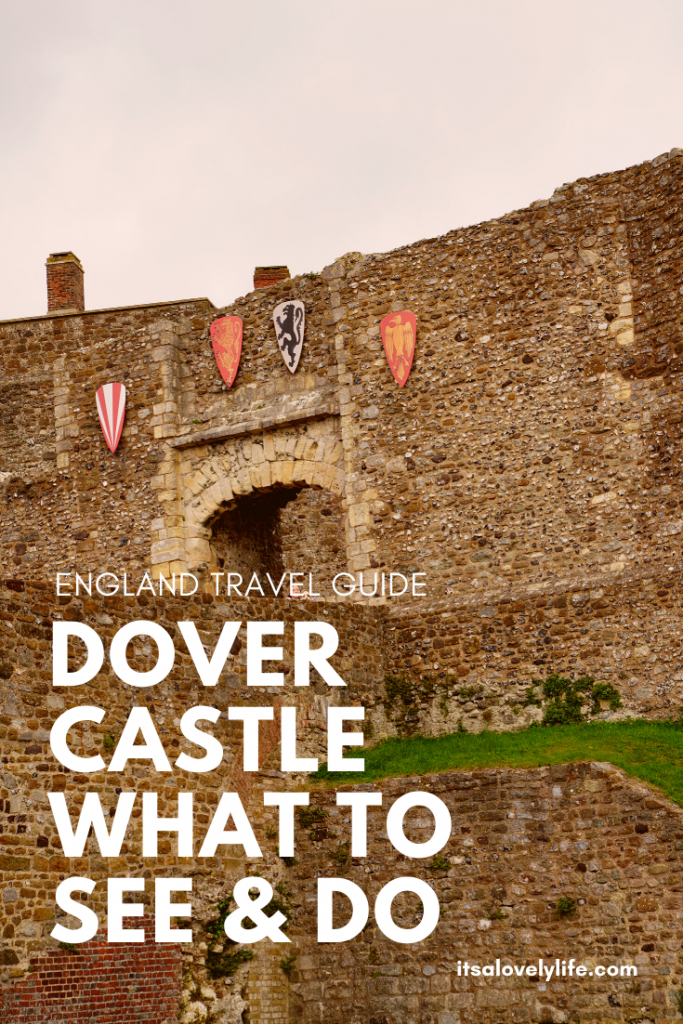