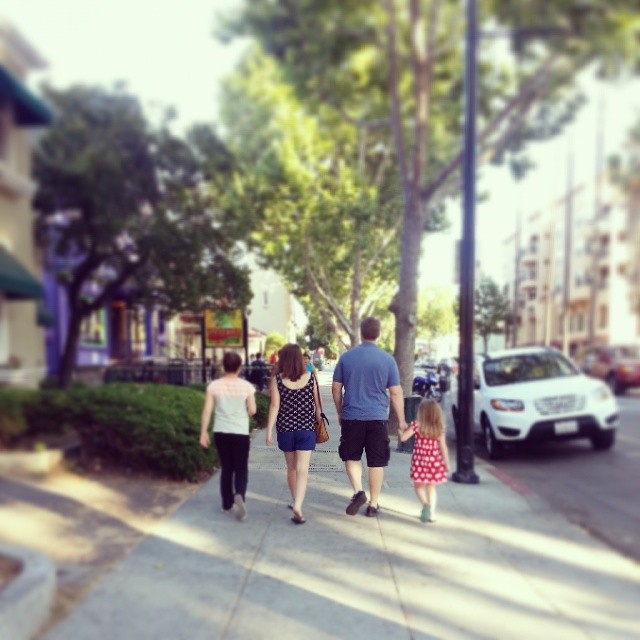 It’s been a ling time since I’ve written one of these letters.

But I had to. Last Sunday was my birthday. It was also the first day that I was out of the house for an extended amount of time after my surgery and subsequent complications. My husband wanted to do the grocery shopping for me and let me rest more, but I chose to spend my birthday and first day out and about grocery shopping. Judge as you please but I am happiest knowing that we have all the groceries that we need especially since all three of my daughters would be back to school the next day.

Towards the end of our shopping trip I was feeling it.

I was getting very uncomfortable and my head started to pound. I knew my time was getting limited to finish shopping before I’d need to go sit in the car. We were in the produce department when I first heard your child. I immediately grabbed my little one and tried to access what was happening. I could hear yelling and some shouting and as your 10 year old got closer. It got louder, much louder before it seemed to stop for a moment.

That is when he came within a couple feet of us and was flailing his arms and jumping sporadically every which way.  My youngest gripped my arm and her eyes showed terror. It was a very crazy situation. She really thought she was going to get hit in all the commotion.

I looked around for you. I could see this boy seemingly acting out with his words and actions but I didn’t see you parenting him. You were not yelling back at him.  You didn’t try to calm him down. There was no punishments given or even threatened. When I finally saw you… a few feet away you were just doing your grocery shopping. You did look a bit hurried, but you were not too concerned by the scene that your son was creating. I was confused. I wanted to judge you. Every which way I went you seemed to be there with your son creating a commotion.

I was getting tired. I needed to leave.

I headed to checkout counter just to have you do the same. We were a couple lanes away from each other. I looked around and hoped that we both would get to pay and leave quickly. It didn’t happen. I continued to listen to your sons tirade for a few more minutes. His complaints seemed to stem from the fact that he really wanted to be at CostCo. I could easily hear it all since he was yelling so loud. I even found myself agreeing with a lot of what he had to say, which made me laugh. He is a very smart boy.

When it finally got time to pay I had to focus on my transaction.

I looked up just in time to see you looking down but still talking to an older lady. You said something like “I am not letting him do this”.  And then I heard her say some sort of apology. Her apology was more from embarrassment than from really understanding the situation. I tried to make eye contact with you. I also started to walk over but at that point a couple Trader Joe’s Employee’s swooped in and I heard one of them say you were a good mom and they gave you a bunch of flowers. I decided to finish paying and then I’d go over to you.

You see this whole time I knew what was really going on.

I could tell by the look on your face and that of your daughters that this wasn’t the case of a spoiled child not being disciplined. Your sweet daughter looked like she was preparing for the backlash. You looked exhausted. I could see the lack of sleep, the worry and the constant scrutiny by others all by looking at your face.

I knew what was really happening way back in the produce isle.

We didn’t keep bumping into each other in the store randomly. I was trying to create a buffer. I wanted you to know you were not alone. I wanted you to know that I knew you were a great mom. I also wanted you to be able to just get your groceries in peace. I thought about saying something, but really, you didn’t look like you wanted to talk so I just decided to do the best I could to block the people who where saying critical things about you from getting close to you. I tried to create a safe zone but I failed. Someone still was able to get to you in the end. Instead of them looking at what was happening, and how you must have felt, they judged you. Instead of trying to help, they chose to use hate filled words and make your day even worse. All the signs were there that it wasn’t a parenting issue. Your daughter was very well behaved and your son wasn’t throwing a temper tantrum. He was expressing his opinion in the only way he could. It might have been in a way that was different than how others would, but that should have been their biggest clue. You are a good mom. Good moms make sure that there is food for their kids. Good moms do their best and you most certainly were doing your best.

When we got into our car I cried.

The tears rolled down my cheeks. I cried for your son, for he will forever have to deal with uninformed people passing judgement and I cried for you. I can’t imagine how tough that kind of criticism is on you.  I cried for me because I was upset I hadn’t done more.

It’s not my job to judge. It’s my job to help.I know that next time I will do more.

Have you ever been in a situation like this before?