The Strength Of Motherhood… 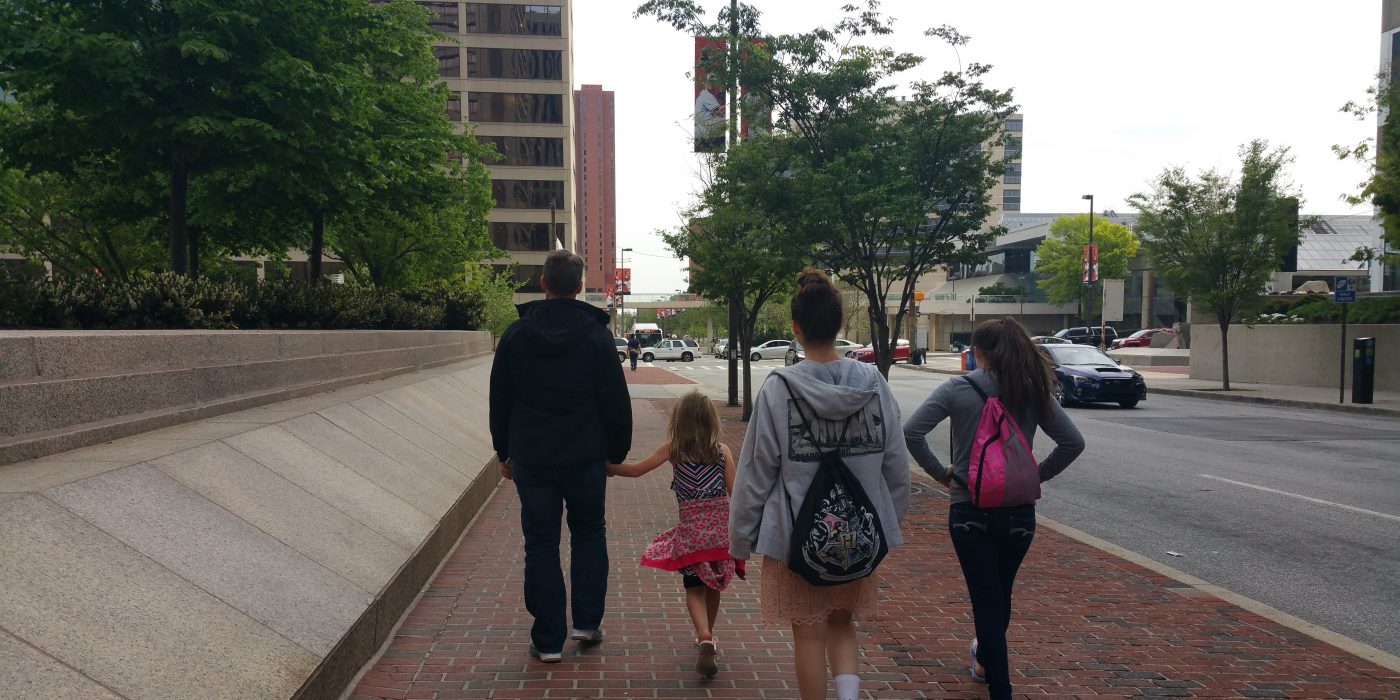 I love celebrating the strength of motherhood, and I’m so happy to partner with P&G to share a personal story of my own in this sponsored post. 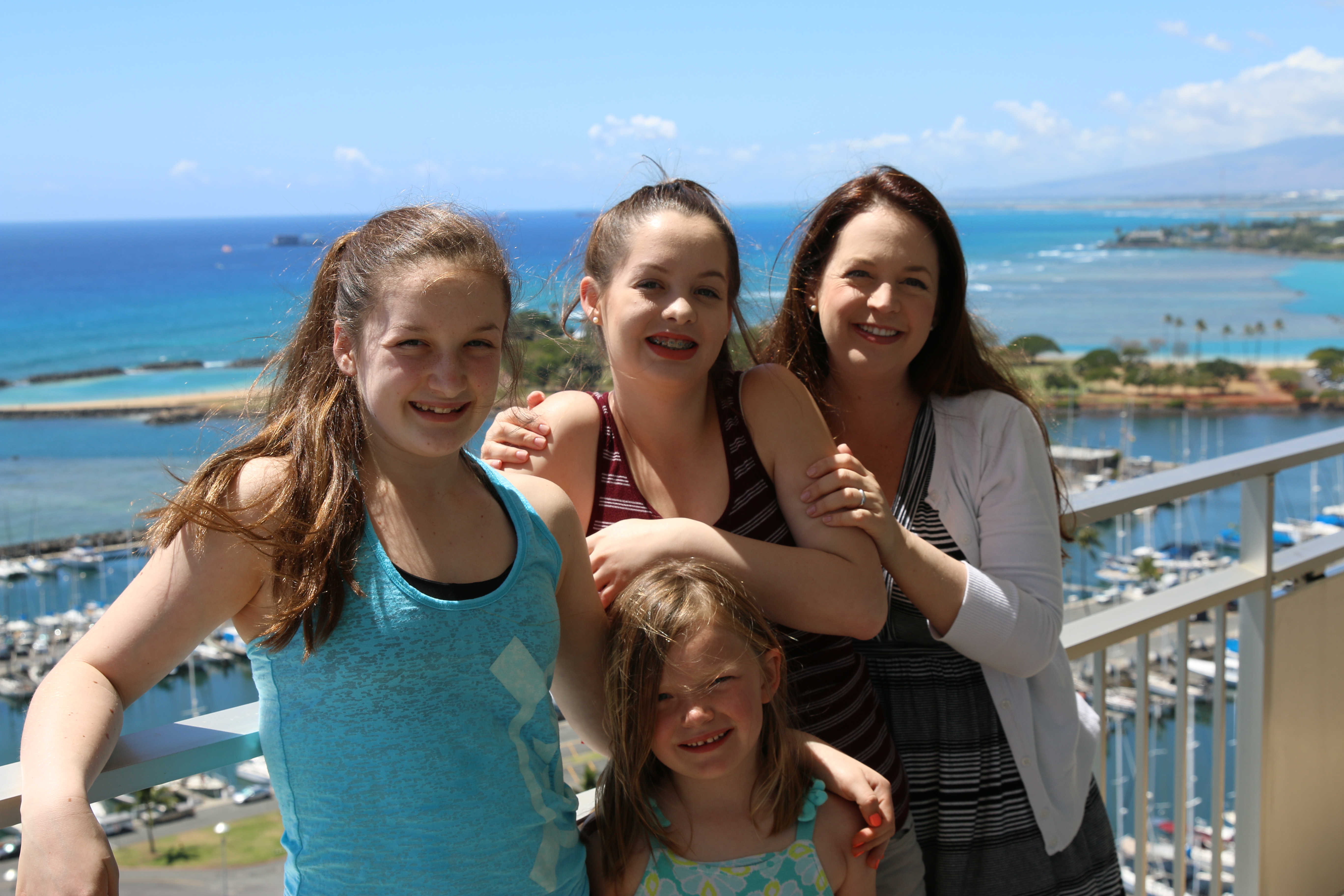 Before I became a mom myself, I had always heard of the strength of motherhood. That once you become a mom you find strength in yourself that you didn’t even know you had. I imagined what it could possibly be like to be that strong, but all I had to do was look around at the moms that I knew…my sister, my mother and my mother-in-law all had this resilience that I only imagined having one day… and then that day came.

The day started totally normal. Pete was up before the sun to go for a run as he normally did. I was drinking coffee and planning my day. The girls (there were only 2 then, Maddie was 7 and Ashley 5) had just started to wake and were getting ready for school. They both showered and were getting dressed when Pete came back from his workout early to tell me he thought we should keep the kids home from school. That wasn’t like him at all, and as I listened he told us all about the warm day, the winds that were blowing outside and the fire that he could see beyond the horizon and into the hills.

Living in Southern California, we take fire weather, and fires themselves very seriously. Pete and I had already been through a handful of them and we had seen the destruction firsthand with one coming within a block of our first home together a few years earlier.  So, I was just as concerned as he was, and thankfully we didn’t send the kids to school that day.

It was also my Dad’s 60th birthday, so we were putting the final touches on his party planned for that night. I called my mom, and told her about what Pete had seen since she lived just a couple miles away.  We decided to spend the day together in case we needed to leave. Evacuation was always in the back of our mind.

We took the girls to get breakfast, picked up my dad’s birthday cake, and food for the party.  We also bought extra dog food, cat food, cat litter, and gas for the car. As more smoke was seen in the air, the more I felt a calling to prepare for the worst case scenario.

As we moved into the afternoon, I felt more frantic about the situation….especially as I heard reports that there were evacuations happening all over San Diego, and that more fires had popped up. The girls heard some too… and I did my best to look calm on the outside, even if I was very worried on the inside.

As the smoke moved closer and closer to us, I started to worry about the air quality.  Ashley’s asthma can be triggered by many things, but smoke is one of the biggest triggers for her, so we were all camped out inside with all the doors and windows closed tight. Pete had returned home early from his office at this point, and we were all hoping that the wind would die down and the fires would get under control.

Unfortunately, minutes later, the opposite happened.  The guard in our community was coming around and advising everyone to start packing up. Seconds later, we got the official call that we needed to evacuate immediately. I said in my calmest voice that the “girls needed to grab their favorite toys while Daddy and I got the cats and dogs loaded in the car and that we were going to go help Grandma and Grandpa pack up too.”  I am a firm believer that stuff is just stuff, but there is still a real sense of sadness that comes knowing that you might lose all of your possessions and have no place to call home.

This turned out to be just the beginning of our adventure. We had everyone packed up and we started our slow migration to safety. At times we moved at a snail’s pace and thankfully Camp Pendleton opened up their gates for us, or we would have had an even slower journey. Not knowing exactly where to go since so many others were evacuating too… we headed for the place I had felt the safest growing up, my hometown Newport Beach. We stayed in a luxury resort that didn’t normally accept pets, but whom also recognized these were not normal times. The next day we found an animal hospital (one that I worked at in high school) to keep the cats and dogs while we booked an extended vacation at Disneyland.

Seeing the tears in my girls’ eyes as we drove away from our home, knowing that it could be the last time we see it was heart breaking. Not being able to tell them where we were going, or even when we were coming back, was equally hard. What I could give them was strength and the assurance that no matter what happened, family and home are about people not a place and not things. I found strength I didn’t know I had that day.

I’m happy to say that when we talk about this time in our lives, the girls have nothing but good memories. They remember that we all banded together, and that we made the best of a bad situation. We even had fun. Five days after we left, we were allowed back into our neighborhood. Pete and I took turns volunteering at the call center for displaced residents and those that needed assistance, while the other did our best to clean up our soot covered home… and we were all very happy to see it still standing!

P&G also knows how strong mothers are. I love this video that they created to capture that strength.

Has there been a time where you’ve had to use your motherhood strength?