The Most Important Thing To Have On Road Trips 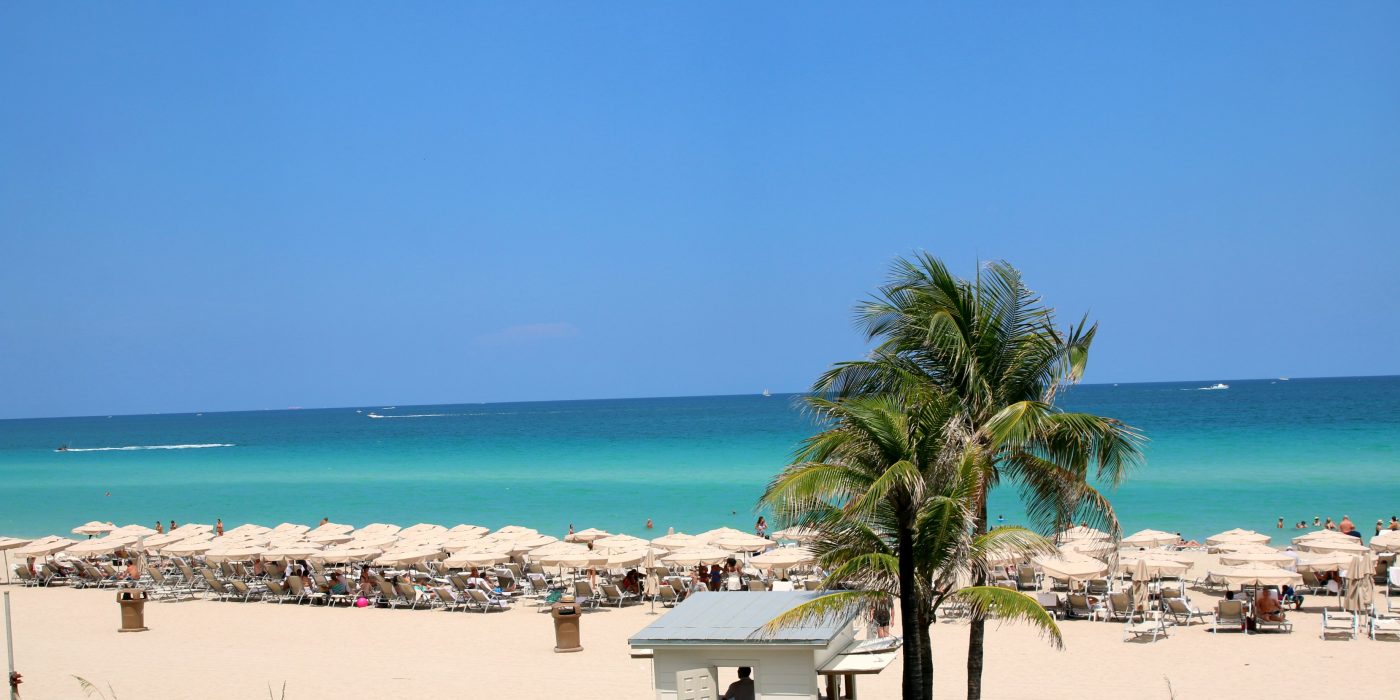 The Most Important Thing To Have On Road Trips is a sponsored post partnership with our friends at Logitech. 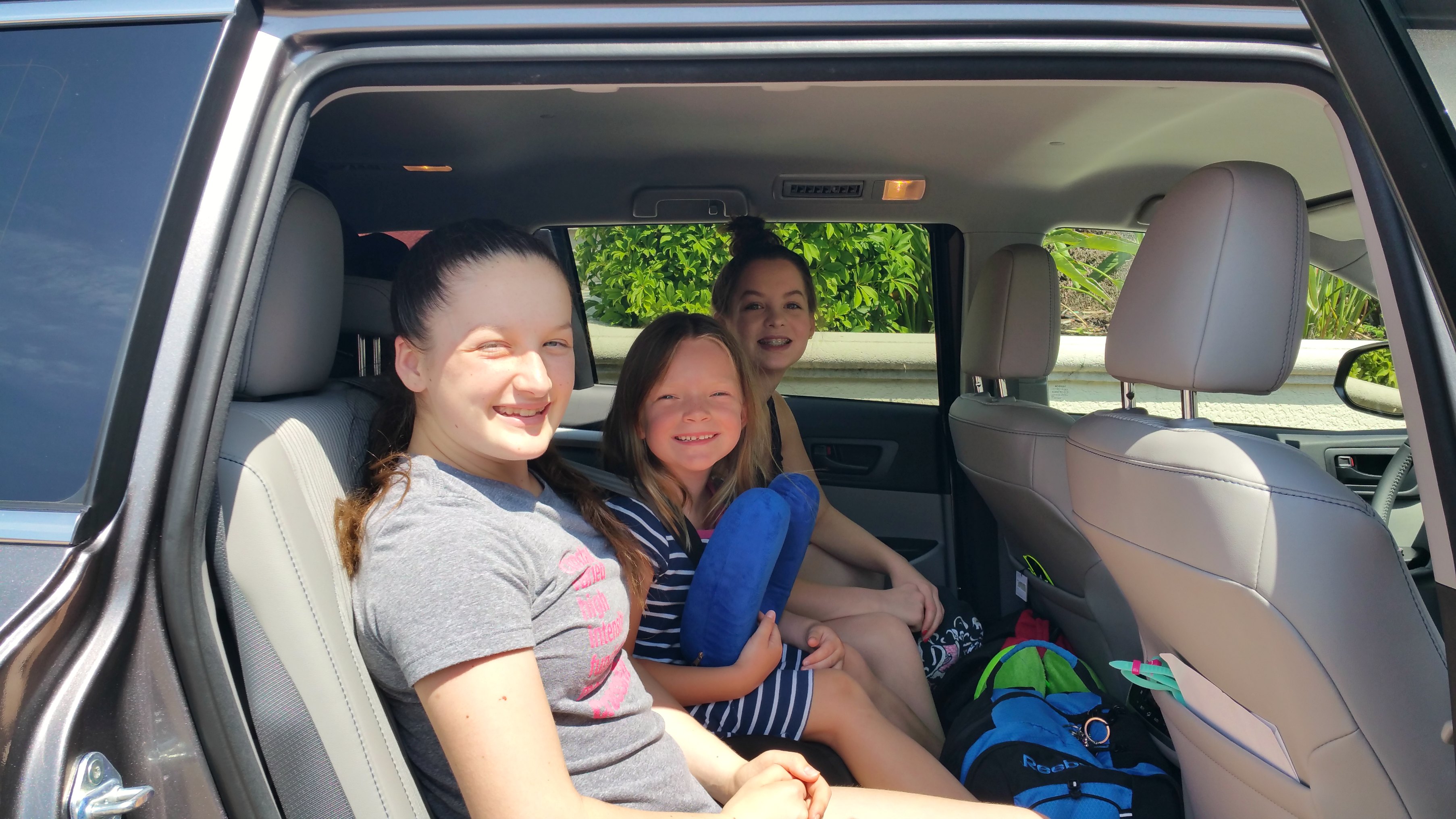 After almost three weeks on the road in Florida last May we learned a few very important things. If you think the most important lesson we learned was to plan plenty of restroom and snack breaks, you are correct… those are really important. But there is something even more important, make sure you have access to a hands free device that can call, text and most importantly act as a navigation unit.

We had an absolutely amazing time on our trip. If you create bucket lists this needs to be on it. Florida has some of the prettiest beaches and each part of the state is so unique. We went from Hollywood Beach, to The Keys and everything in between, including Disney World and Universal Studios Orlando… but, the one part of our trip that needed improving was that we didn’t have a navigation unit in the car. Rental cars don’t often have them and since Pete and I both have one in our cars at home, we never even thought about it until we got in the car in Florida.

This will never be a problem for us again because we just discovered an awesome Logitech product called ZeroTouch™,a smart car phone holder with voice-command app that gives you the best features of a connected car. After testing it out in our own cars, we won’t be traveling without it again. This is also perfect if your own car doesn’t have bluetooth, navigation or hands free calling/texting.

After installing the app, just snap your Android phone to the universal magnetic car phone holder, and speak freely so you can keep your hands on the wheel and your eyes on the road. You can place calls easily with voice-activated calling, voice to text, reply to incoming messages, control music, navigate or share your location — all without ever touching your phone.

It is really easy to use. It understood both mine and Pete’s natural language, so we spoke freely and without any difficulty for the commands we gave it. It has a conversation mode that lets you text back and forth without any extra steps, and you can wake up or mute the ZeroTouch App anytime with gesture control, a simple wave. It supports most in-car Bluetooth® wireless systems and works with Android phones version 4.4 or later.

I sometimes get intimidated by setting new tech items up, Pete doesn’t at all, and really I’ve never had a problem using anything… it’s just more of the thought that I have to dedicate time to doing it that gets me. So this time I took this right out of the box when I got it and called Pete over. We went out to the car and I had it up and going in less than 10 minutes. It only took that long because I downloaded the app while the girls were hogging the internet so I was sharing bandwidth. From there it was a minute or two to being able to use it. This is what makes it so perfect for road trips. Anyone can use it!

Let me show you what it is really like. 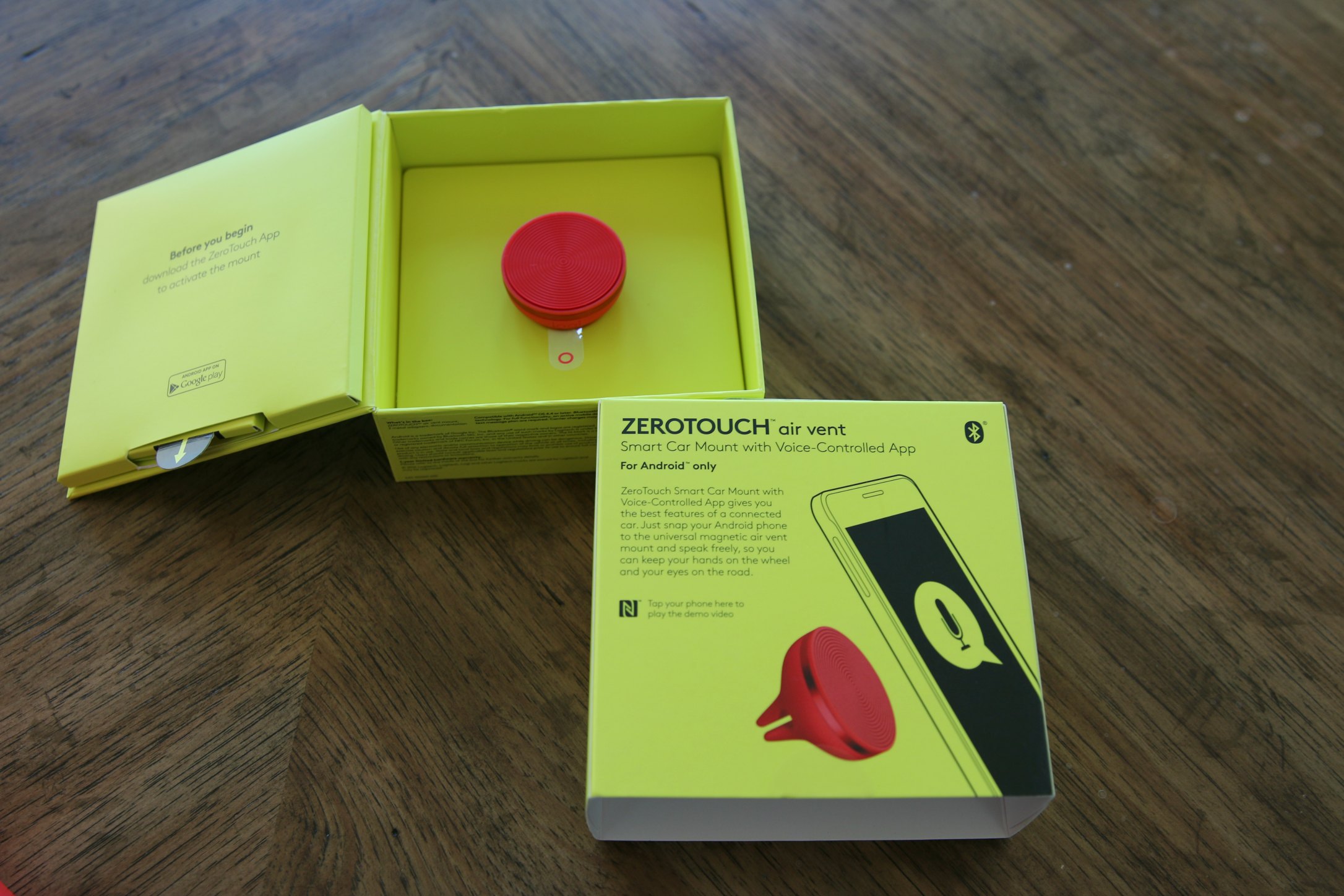 We installed it in both the air vent and the dash board. For the air vent, you just take the mount out of the box and secure it in the vent. 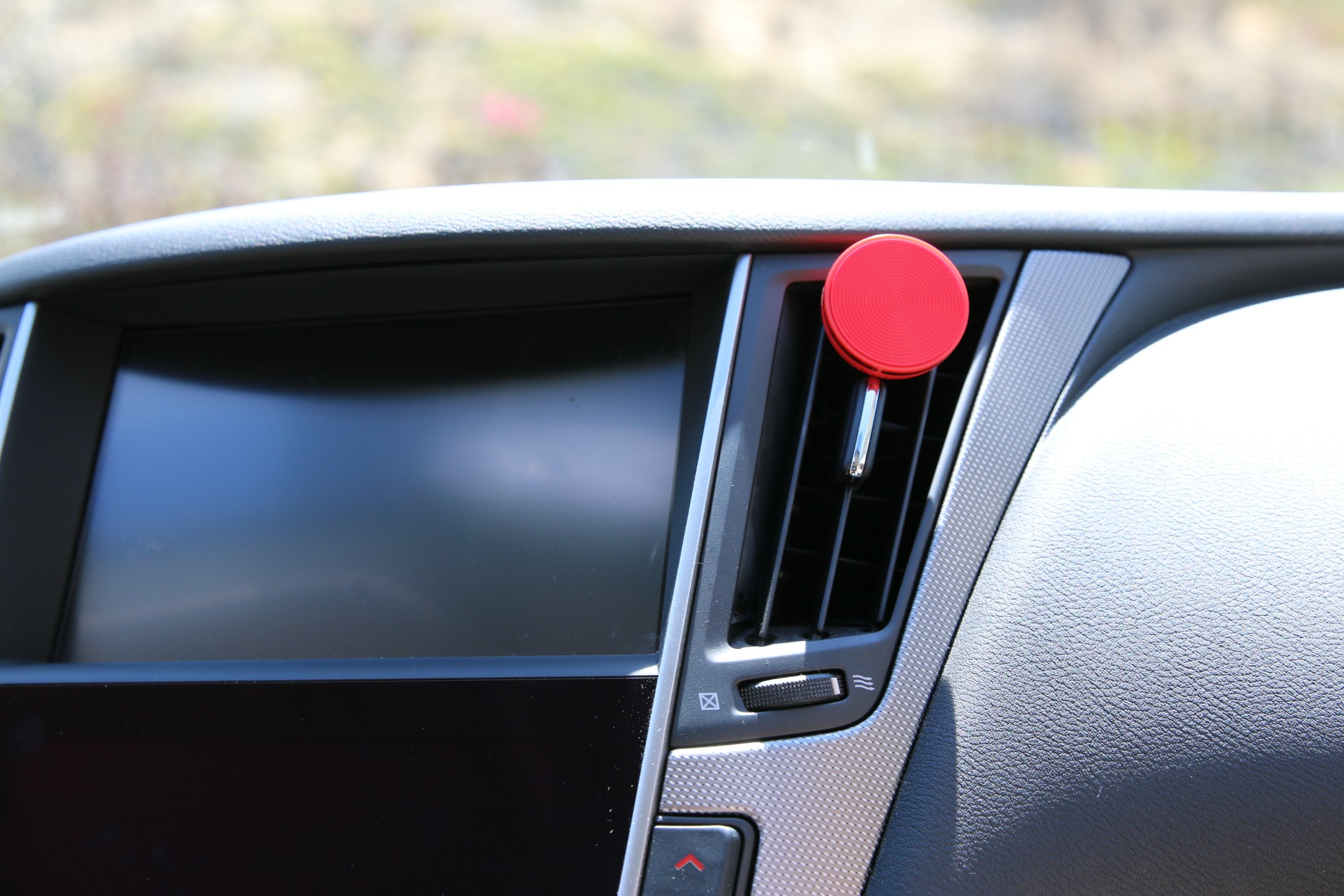 The mount’s magnetism is what hold your phone in place. They you can just pop it on and off. I tried it to see if it could calculate to Disneyland and it worked perfectly as an interface to Google Maps. 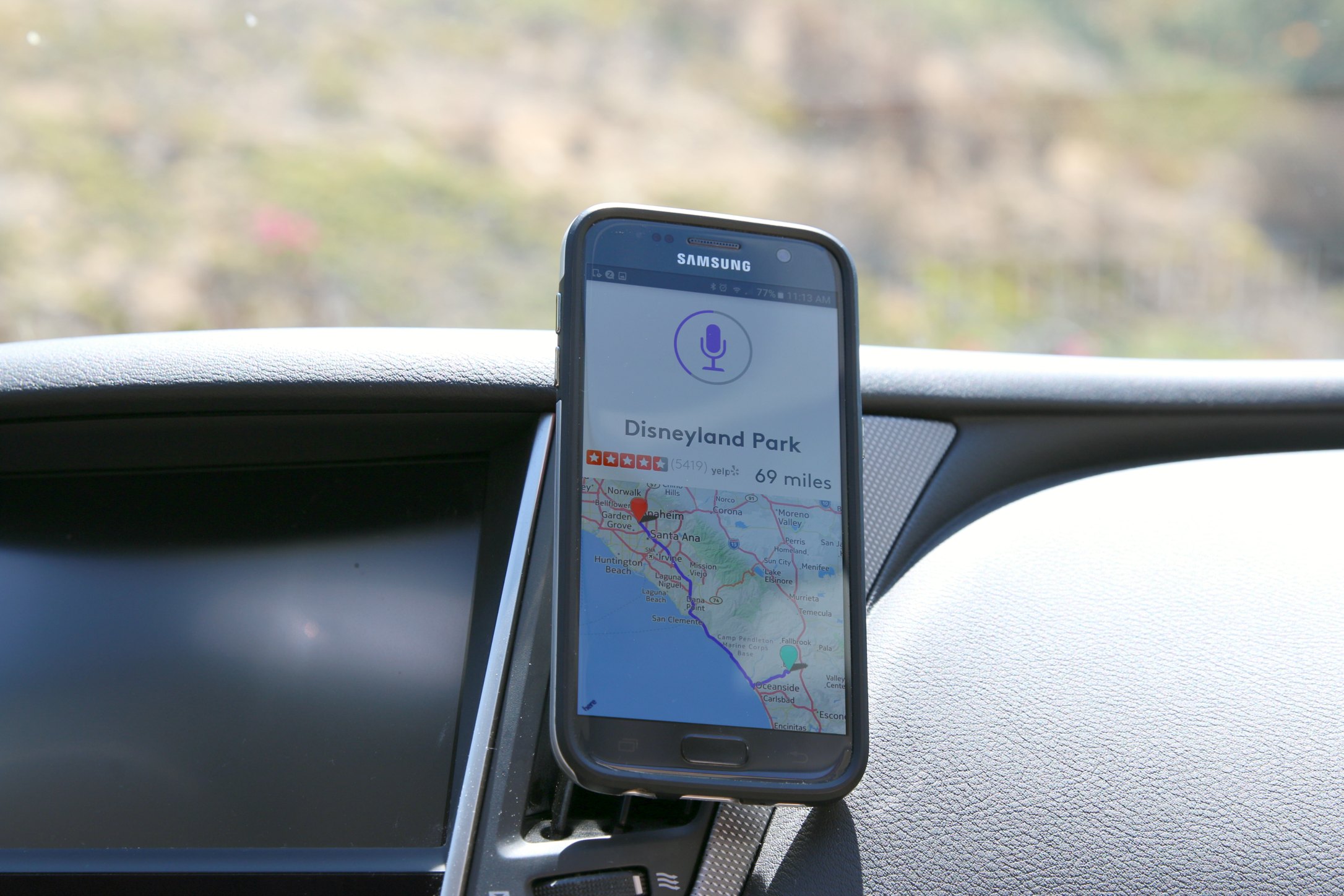 After that, we installed it on the dash. This mount uses suction. Once it is attached to the dash (or windshield) a magnet keeps the phone in place. 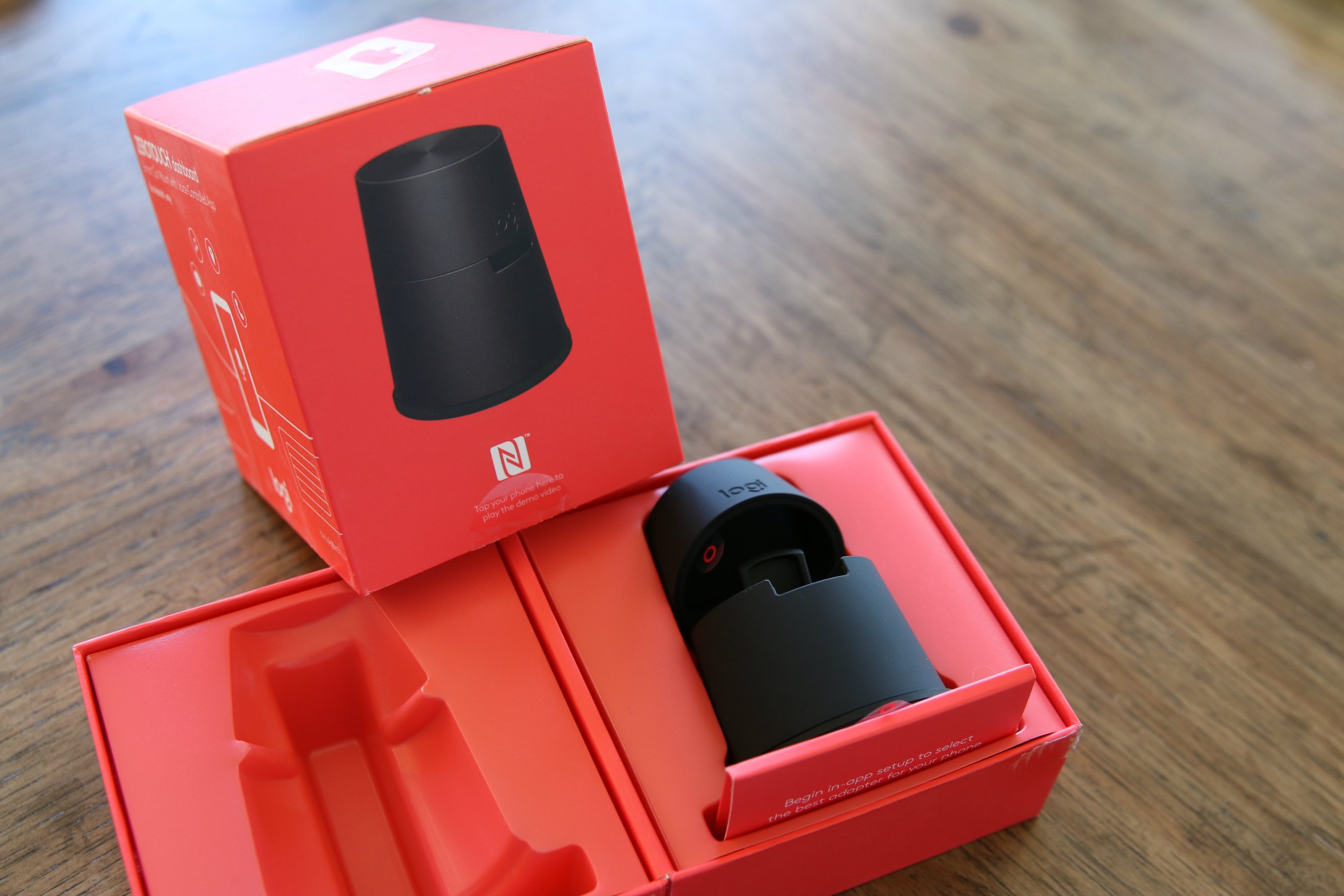 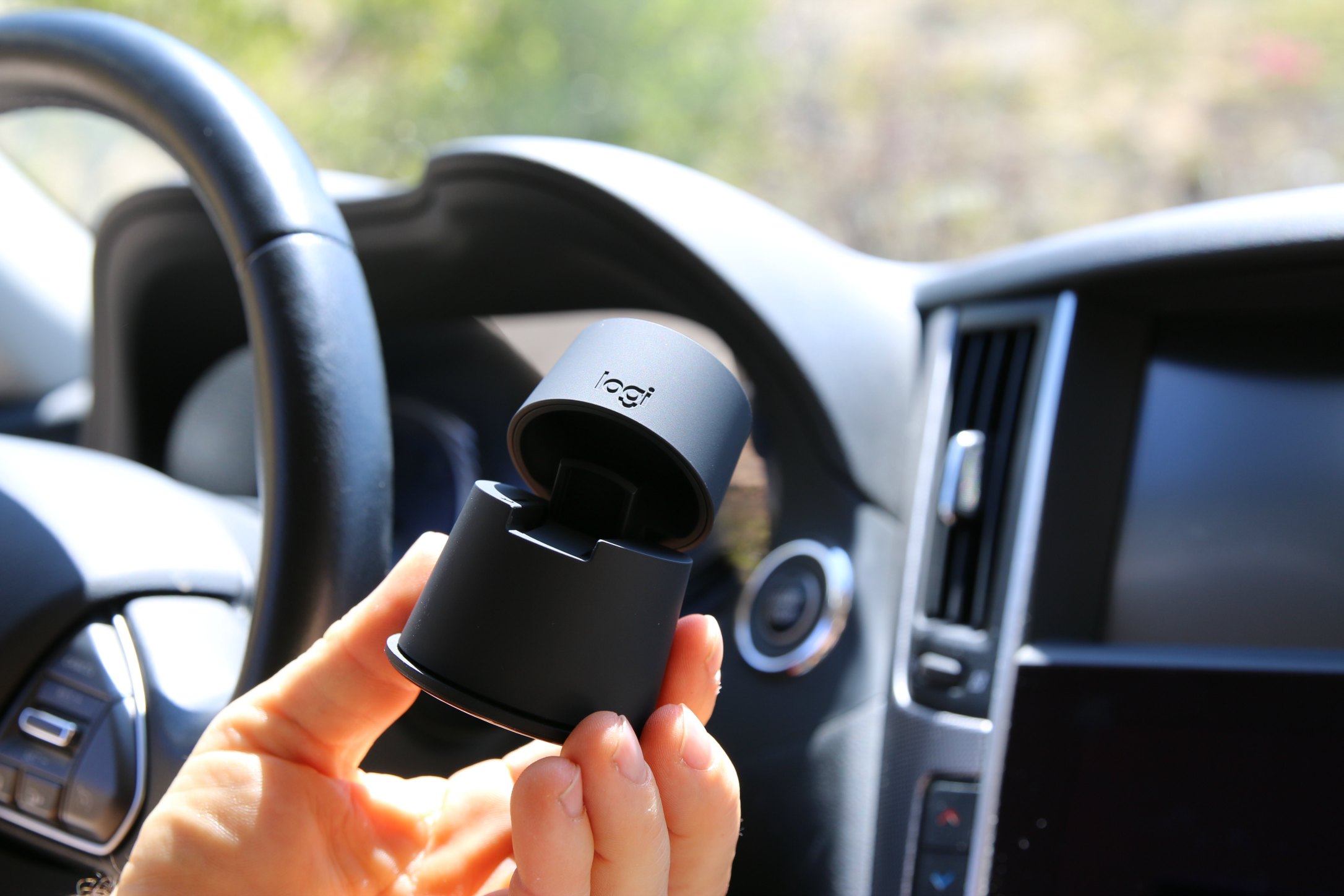 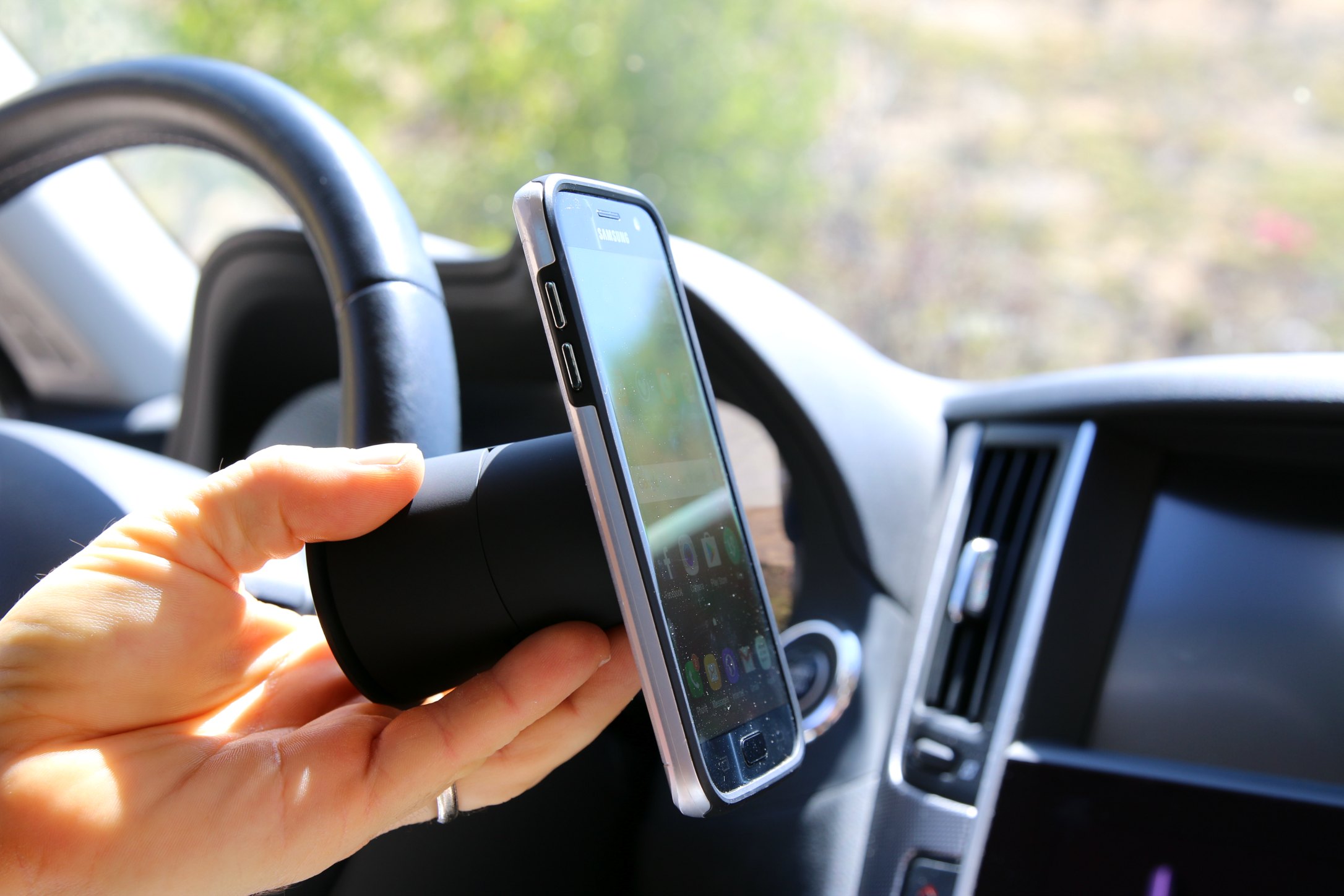 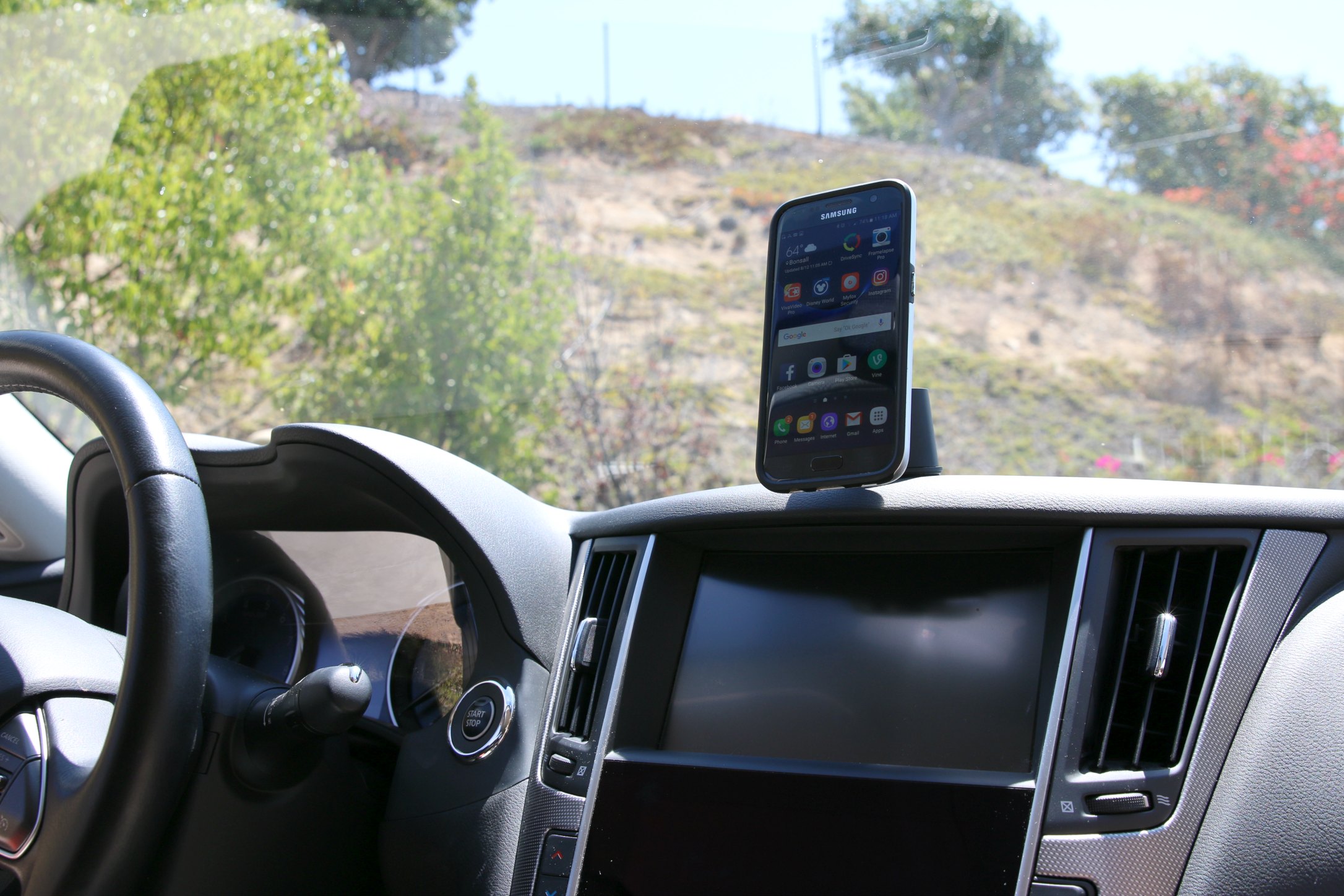 We will never go on another road trip without our Logi ZeroTouch!

Have you ever been on a road trip?