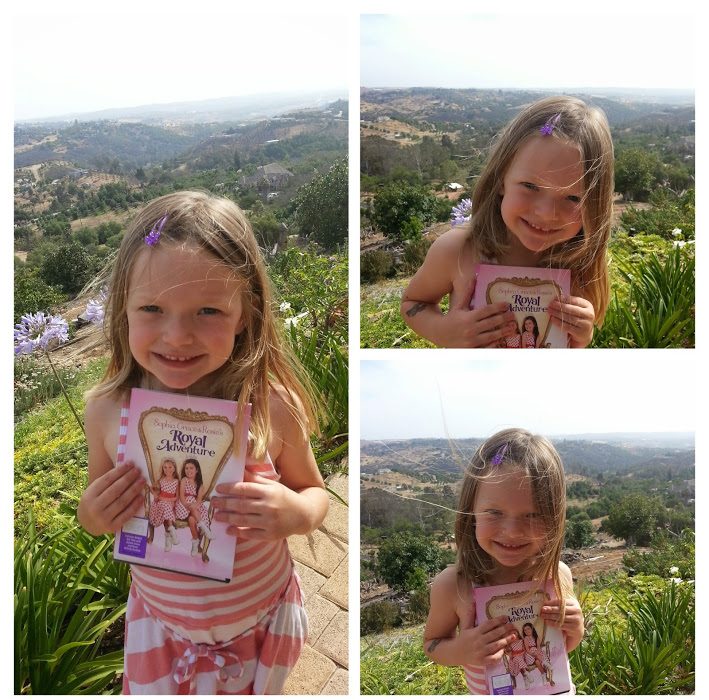 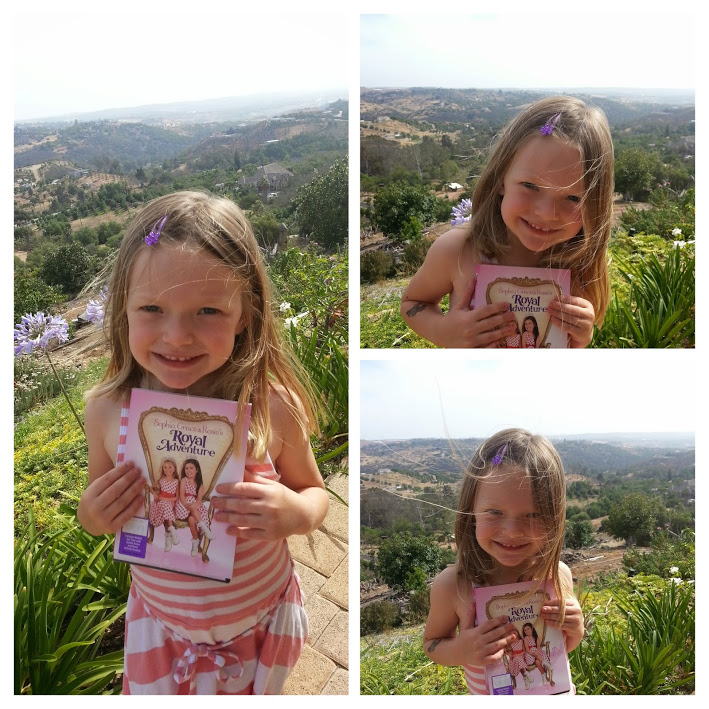 Yesterday the little one received an awesome present in the mail from a very old friend of mine, Erik Patterson. Erik and I went to high school together a million years ago {slight exaggeration} and were both active in the drama department. We both ended up in the writing field but in totally different ways. I consider myself a storyteller more than a writer, but Erik is the real deal.  I was so excited to share his talented writing with my girls as we watched his new movie, Sophia Grace & Rosie’s Royal Adventure!

We absolutely loved it! It was a very sweet movie that is very motivating. I loved the message that being yourself is what makes you awesome! I’m not going to share too much… so no spoil alerts here! But I did decide to do something kinda cool…

I thought it would be really fun to do an impromptu interview with Erik as we were catching up on old times:

It’s so great to reconnect with you, Erik! It’s been a long time…

Yes, it was wonderful to hear from you, Heather! It’s been way too long. I don’t even want to think about how long ago high school was. 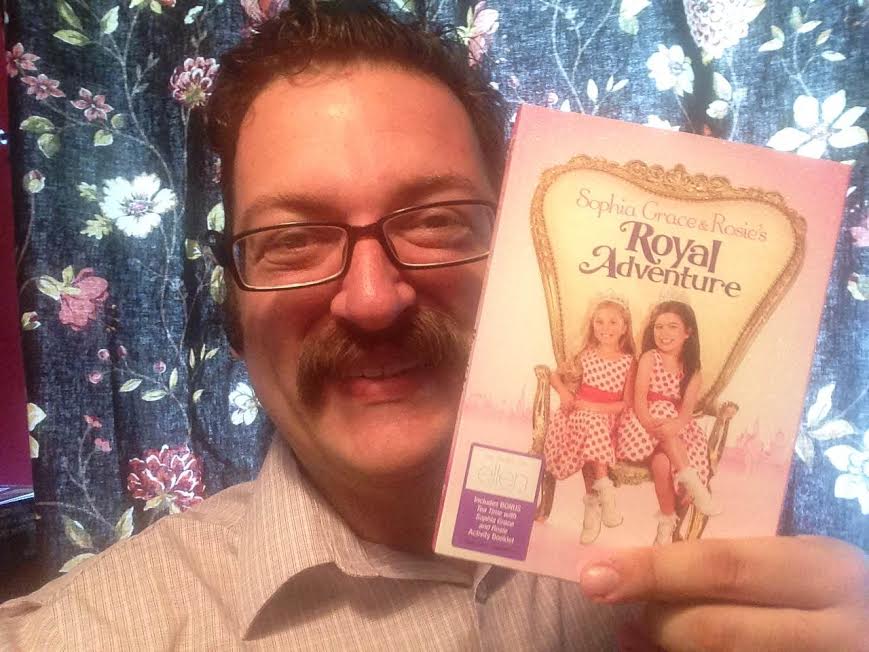 Me too! Seems like it was decades ago. Let’s not say exactly how long it’s been, okay?! So, I’m totally excited to talk to you about your new Sophia Grace and Rosie movie, because I know my little one is going to love it and I want to hear all about it! But first tell me what you’ve been doing since high school?

I started writing in college and I feel so lucky to be able to say that I’ve been working as a professional writer for the last decade. I have a writing partner, Jessica Scott, and it’s an amazing partnership. A writing partnership is like a marriage, and the scripts we write are our babies who we hope will flourish when they go out into the world on their own. For the last several years we’ve been writing for R.L. Stine’s The Haunting Hour on The Hub, which won a Daytime Emmy for Best Children’s Series last year, and for which we’re nominated for our second “Best Writing” Emmy this month.

That is totally Awesome! How cool!

We’re very excited. Over the past several years, we’ve built a career in family entertainment. We wrote Another Cinderella Story, starring Selena Gomez and Jane Lynch, and the sequel, A Cinderella Story: Once Upon a Song, starring Lucy Hale. We also wrote a movie called Radio Rebel, starring Debby Ryan, for the Disney Channel. I know you love Disneyland, so you’ll appreciate this: Jessica and I are annual passholders and we actually do a lot of our writing at the park. We’ll go on a ride to get in a creative mood, then we’ll sit in the New Orleans area and write for the afternoon. It helps us stay connected to that “inner child” part of ourselves that we have to access when we’re writing kids’ movies. That’s not completely true—the truth is, it’s just more fun to write at Disneyland and you can’t have a “churro break” at home. It’s also an especially inspiring place to be when we’re writing princess-related projects, like Sophia Grace and Rosie’s Royal Adventure, which was just released on DVD.

You know me well! I am a huge Disney fan! I get my creative juices going there too…  and I can totally relate to the churro break! Love it! So tell me what we all really want to know {especially my kiddos}… Do you know Sophia Grace and Rosie?

They’re cousins and they’re absolutely adorable. A few years ago their parents made a video of them singing a Nicki Minaj song. They put it on YouTube and it went viral. Ellen DeGeneres saw the video and brought them onto her show, and since then they’ve become correspondents for Ellen. They wear their tutus and tiaras on awards show red carpets as they interview their favorite artists, like Rihanna and Katy Perry. Which I think has been kind of like a fairy tale for them. And now they’re starring in a movie, written by Jessica and me. We wanted to make a movie that kids will love and that parents will enjoy too. All the parents we’ve heard from have said they loved watching the movie as a family, which is the best compliment.

We’ve seen them before on the show {we are HUGE Ellen fans} and I love that they are as wonderful in person as they are on the show! Let’s talk about the movie now! What’s it all about?

The original inspiration was “King Lear with tutus.” So in the film, Ellen sends the girls to a fictional country called Switzelvania to cover the coronation of a new Queen. When they get there, they encounter three princesses competing for the throne. Including Abigail, a shy girl who’s always overshadowed by her more confident sisters. Princess Abigail is a comic book geek who lives in a world of fantasy, a girl who pretends to be her favorite superhero because she’d rather succeed at being a fake hero than fail at being a real leader. But when Sophia Grace and Rosie enter her life, they teach her to embrace her humanity, flaws included.

I love it already… but tell me more!

Ultimately, the movie is about learning that when you aren’t afraid to live an authentic life, being yourself can be your greatest strength. Which is an idea that I really think Ellen stands for—and it’s a powerful lesson for kids. At the same time, the movie is a lot of fun. There’s magic and wishes, dance numbers, original music by The Aquabats (who created Yo Gabba Gabba), mistaken identity, and even a little bit of (very family friendly) romance. Even though it’s a princess movie, it has silly, funny moments that both girls and boys will enjoy. Abigail ultimately discovers that a princess can talk, dress, or walk any way she wants, as long as she’s confident in herself. Anyone who’s ever felt like they didn’t belong will walk away from this movie feeling empowered to be their best self. Sophia Grace and Rosie are so much fun to watch in the movie. They did an amazing job.

What does Ellen think of the girls?

On one of Ellen’s recent shows, she was saying how she loves that the girls haven’t changed since she met them three years ago. Yes, they’re making movies and meeting famous people and traveling the world, but they’re still wide-eyed and filled with exuberance. Their joyous energy is infectious. You can’t watch them without smiling. We’re really proud of the movie, and so is Ellen. Kids are going to love it.

Okay, I am totally ready to gather the girls up and have a movie night together… Do you have anything else you want to tell us about the movie?

Several of my friends who have kids have had “princess parties,” which I think is a really fun way to watch the movie. Now that we’re heading into summer, I’d love to encourage parents to let their kids throw princess parties and watch the movie with their friends. Everyone can dress up like royalty—whatever that means to you, be it frilly pink tutus or a superhero uniform and boots. As far as I’m concerned, “dressing up like royalty” really means wearing clothes that make you feel good. And you can also have fun with princess-themed foods for your princess party. My friend Just Jenn made Sophia Grace and Rosie cupcakes—I sent you a photo of them—and she has a recipe for those on her website. That would be a really fun thing to make for the party—but the kids can’t eat the cupcakes until the scene in the movie when Sophia Grace and Rosie are eating cupcakes! Thank you so much for telling your readers about the movie. I’m so excited for everyone to see it! 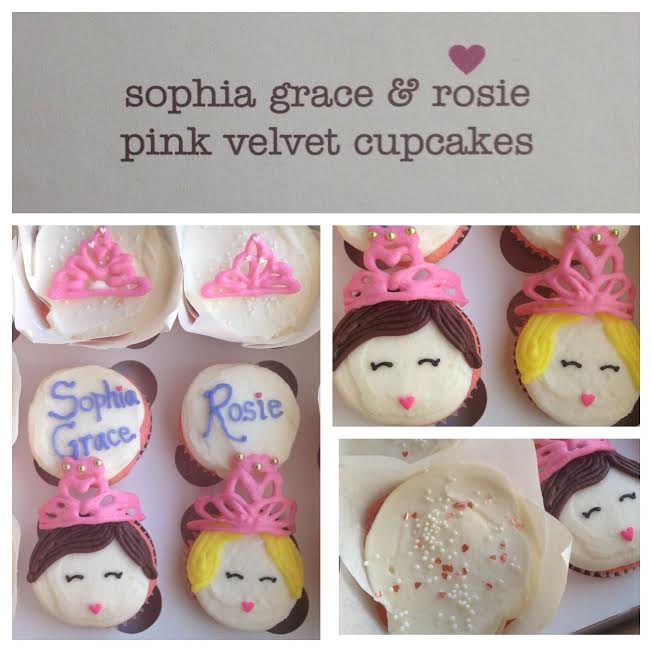 The girls and I watched the movie and we all loved it!

The messages of be yourself and you are awesome are so powerful! I’m so proud of the work that Erik is creating and so happy to call him a friend! I encourage you all with kddos ages 2-12 {or really of any age} to see this movie, you all will really enjoy it!

You can purchase your own copy on Amazon, on iTunes or at your local Target, Best Buy, Wal-Mart, and anywhere else DVDs are sold!