Ringing In An Awesome Year With The Whole Family 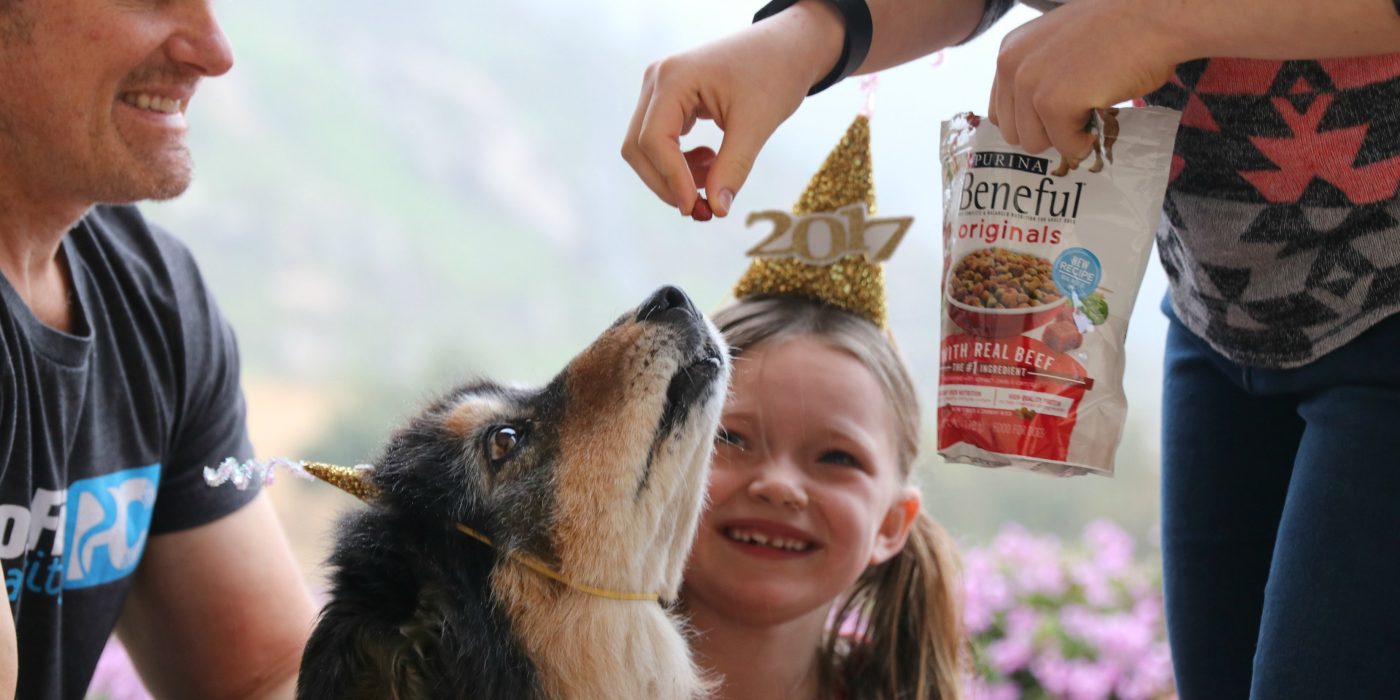 I’m in a state of shock this morning. I really can’t believe that 2017 is here! 2016 was one of the best years for our family and 2017 is already looking like it will be even more awesome than 2016, which is hard to believe. I’m so happy to share this story within my partnership with Beneful as part of their #FriendsOfBeneful project. 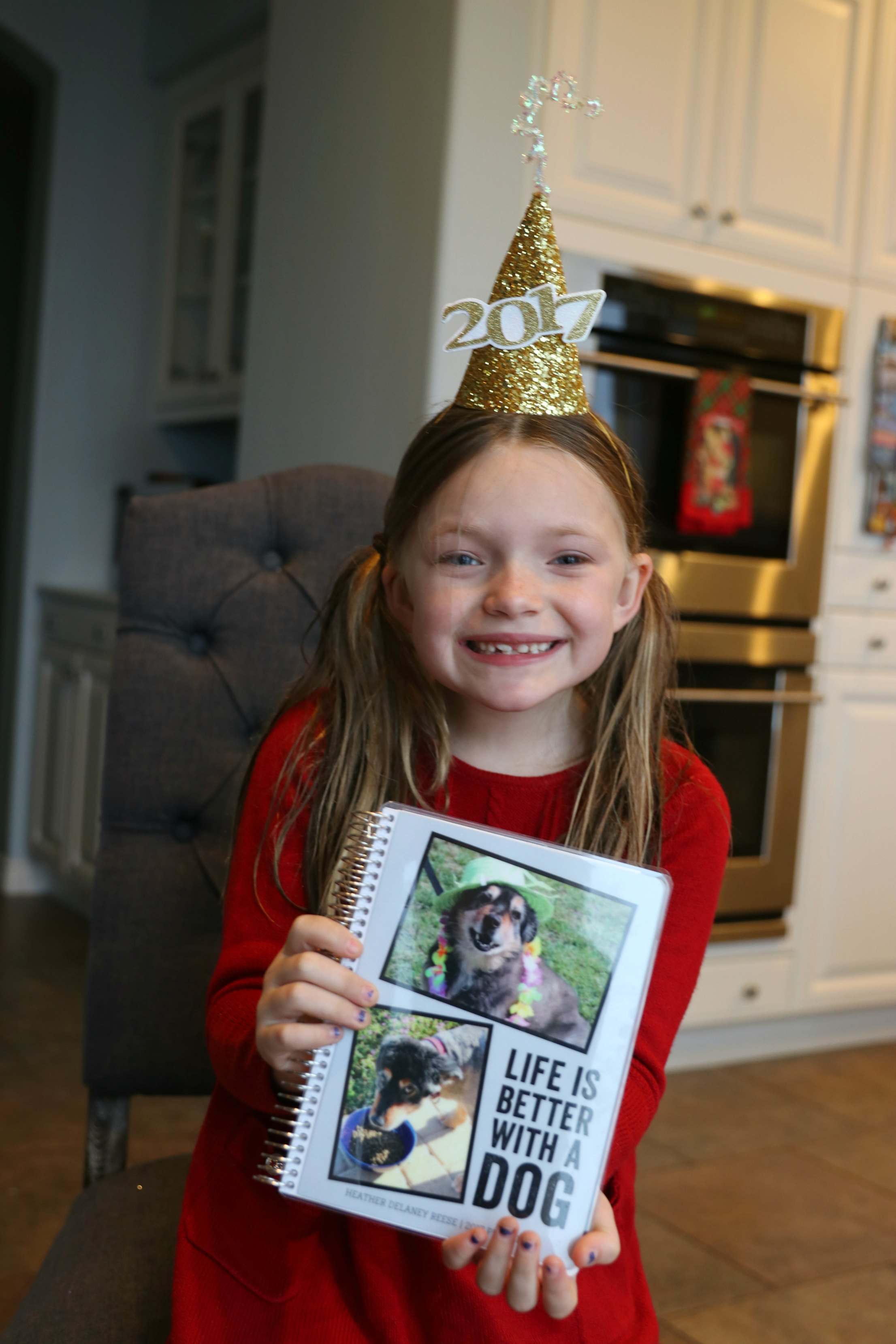 I was talking to Pete about all of my thoughts about 2016 and he pointed out that 2016 was awesome. The proof was that I was saying how great it was from the couch with a broken foot. The year would have to have a collective awesomeness to overcome that right?

Thankfully I am surrounded by my human family members and furry family members that are keeping me happy and inspired as I heal. This down time has really given me some moments of clarity to plan for the new year to make all of our dreams come true! 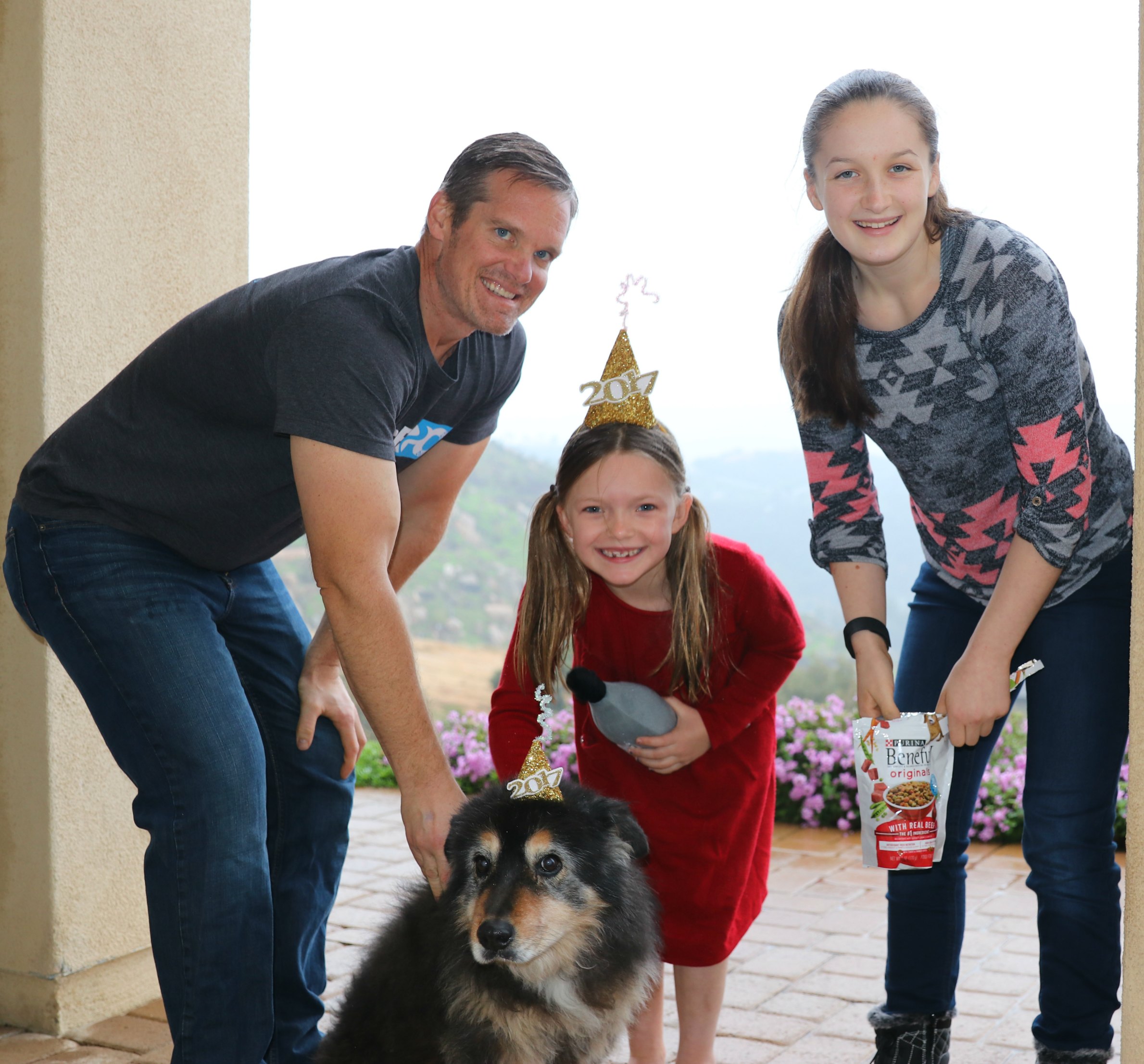 As a family, we hold a meeting each month that starts with a special one at the beginning of the year. We all talk about our dreams and resolutions and how we are going to accomplish them. This year’s meeting happened in the kitchen instead of a formal one in the family room because I took over the couch and I wanted a change of scenery. It was none the less perfection! As you can imagine, my number one goal was to not break a bone in 2017. So far I am blowing that goal out of the water. Of course it is only the second day of the year, but still… 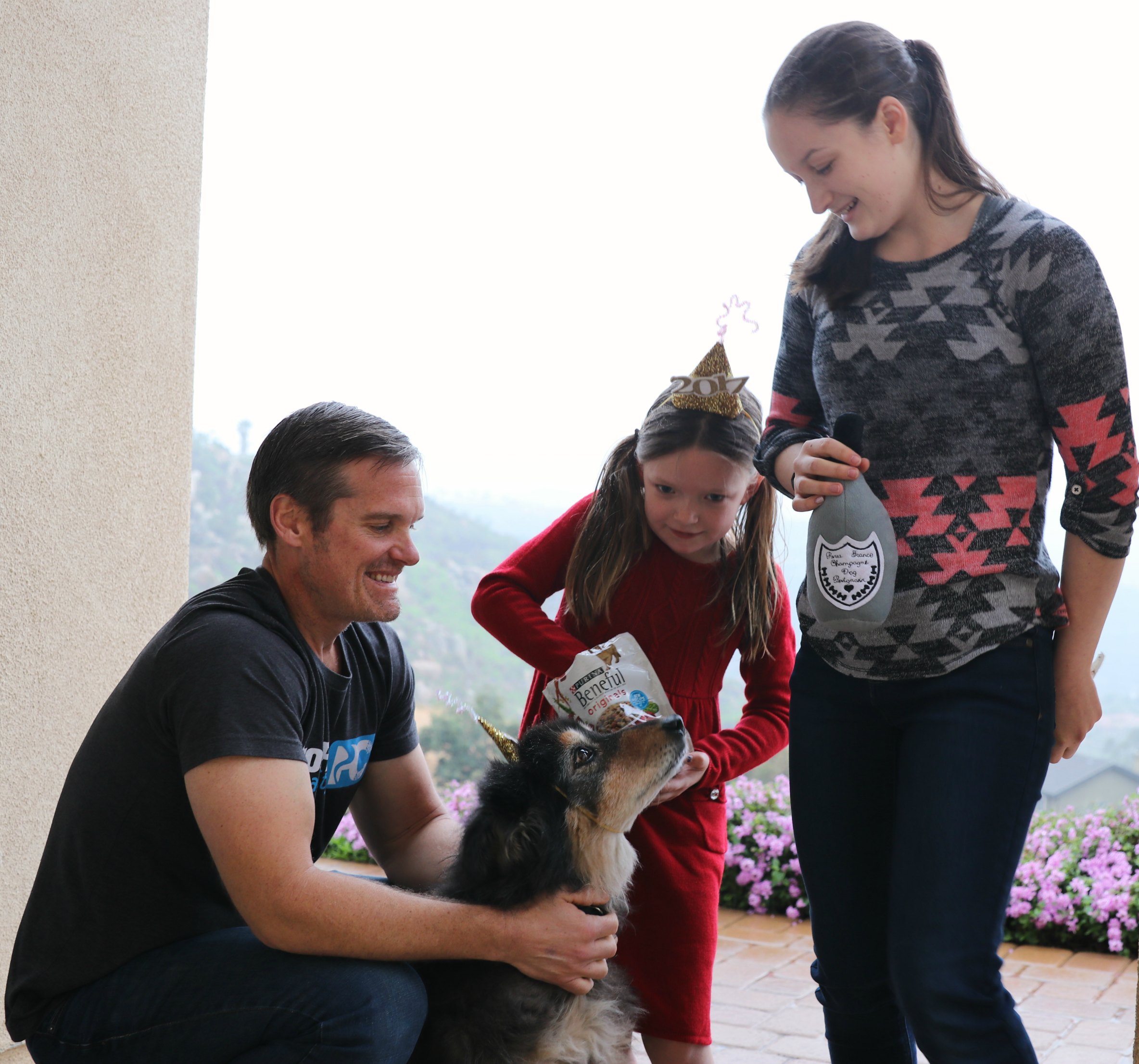 In addition to our individual goals, we also talk about big picture goals and resolutions for the family as a whole. This year, we want to focus more on spending time with Rufus. As he gets older he has mellowed out from his rambunctious younger years and enjoys hanging out with us more and more.  I’ve noticed that when I am drinking my morning coffee he is often sitting right outside the door as we both like the view from that spot. I’ve decided that as soon as it warms up a bit, I’ll be taking my coffee on the patio with him.

We started planning for “the year of Rufus” as we have been calling it even before we came up with the resolution for us. We even had a little New Years celebration with him. What these pictures don’t show is the shade the cats were throwing at us from inside the house. Don’t worry though, we invited them to the party later that night. Rufus had an early evening… after some Beneful treats he was off to sleep on his new bed that we bought him for Christmas. 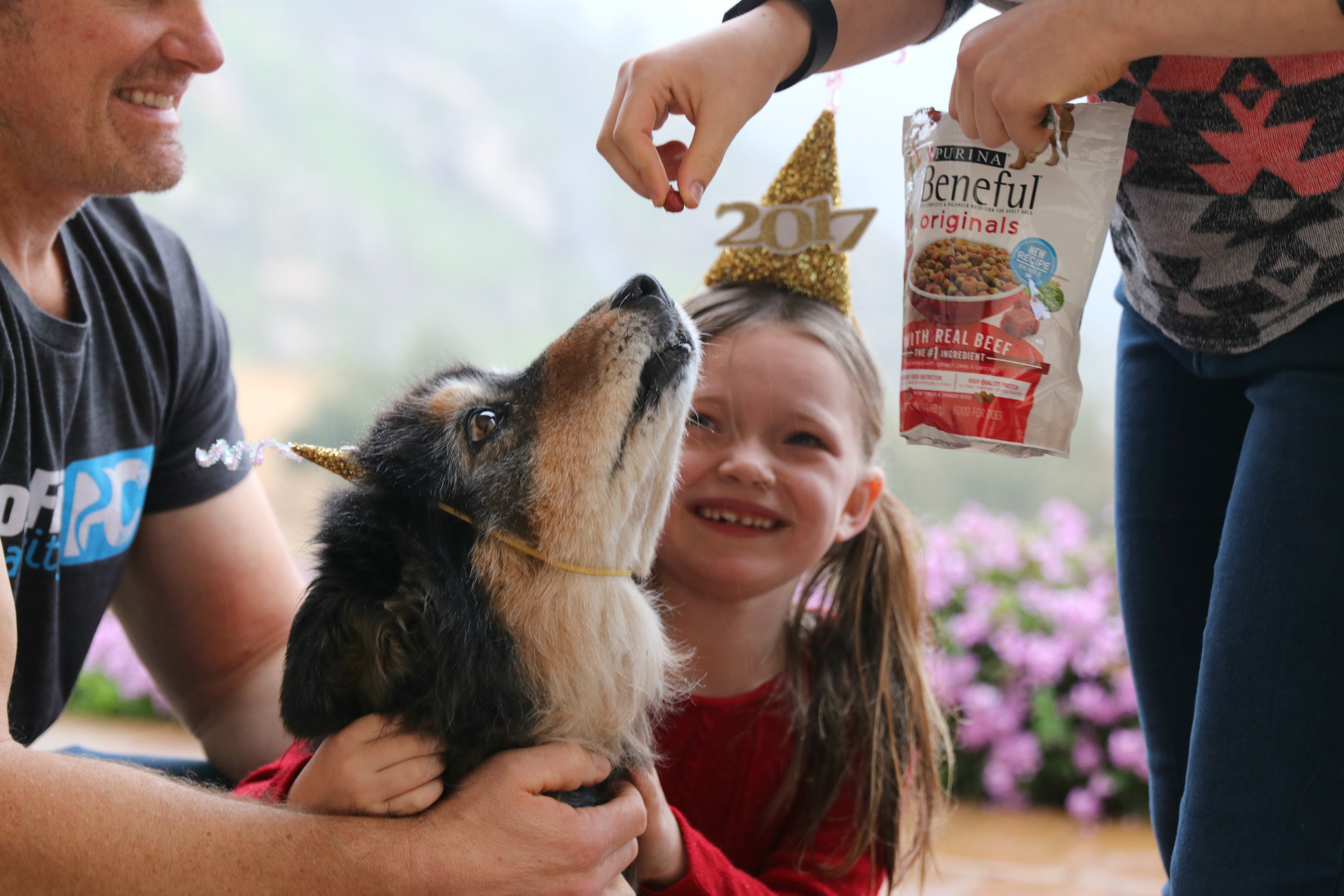 A couple of other resolutions we have for Rufus are:

I know that this is going to be a great year for the whole family!

Do you make resolutions with your pets in mind too?