Our Wodapalooza Adventure To Miami 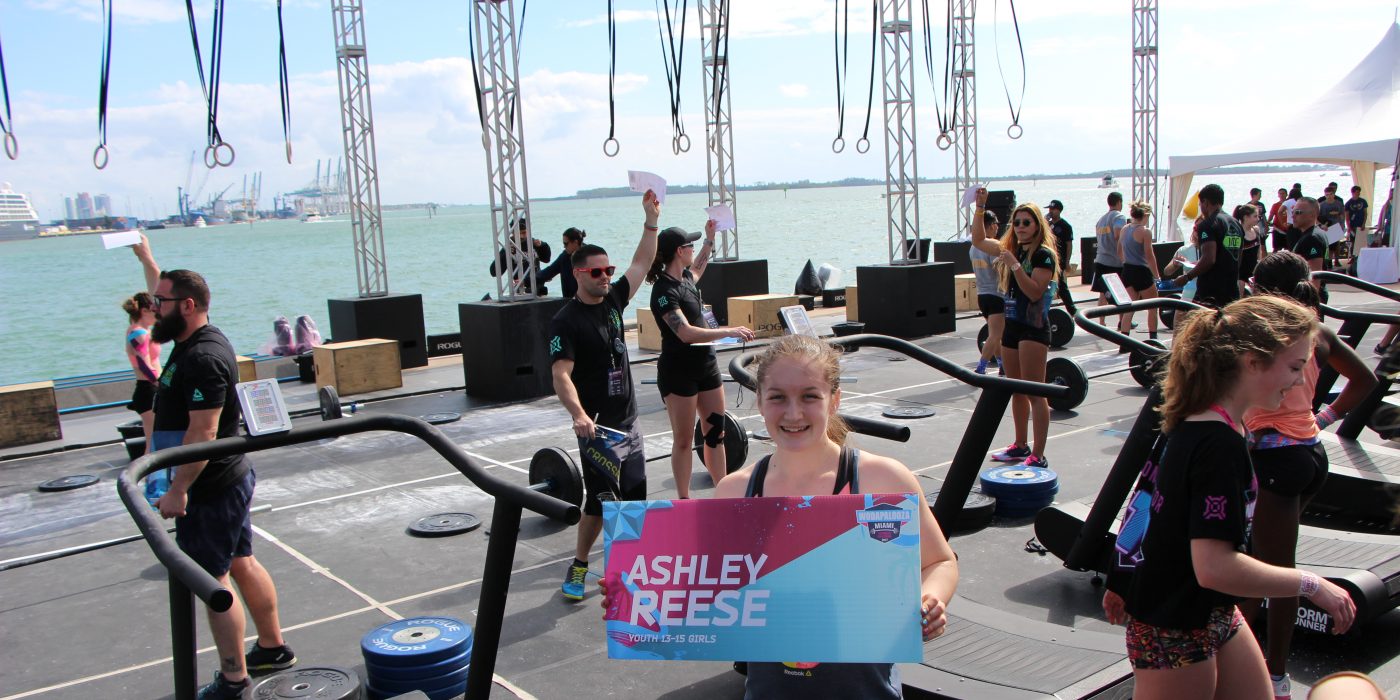 This past month, Ashley and I took a trip to Miami by ourselves so that Ashley could compete in the Wodapalooza 2017 Fitness competition.  Wodapalooza is one of the largest CrossFit style competitions in the world, and Ashley qualified and competed in the 13-15 year old girl division with some of the world’s top competitors.  Originally the whole family was going to be on this trip too, but Heather broke her foot, so she was immobile. 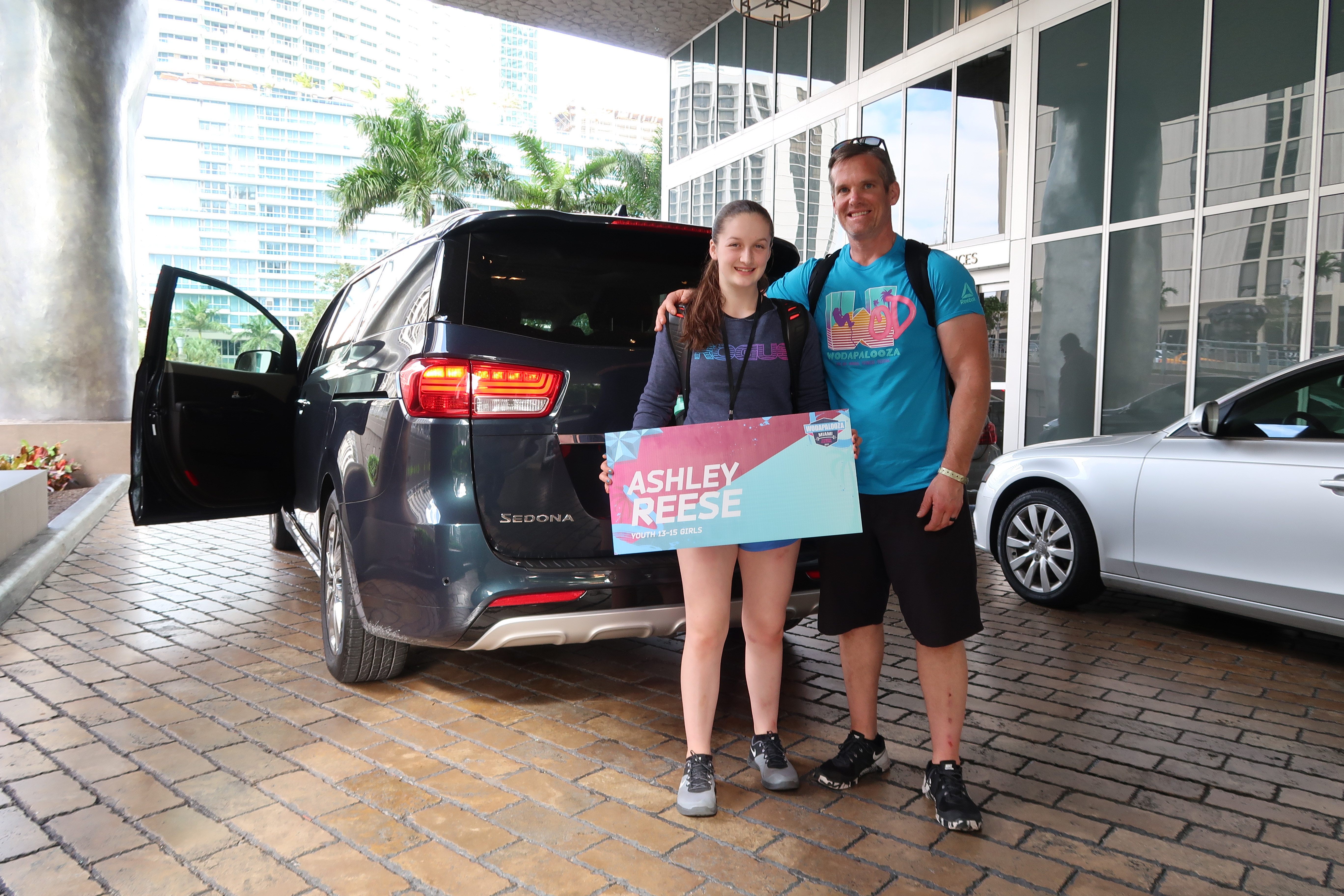 The trip started with Ashley and I taking a red eye flight from LA so we arrived early Thursday morning in Fort Lauderdale.  The plan was to sleep on the plane, but that didn’t work out so well.  I think we each got around an hour of sleep…I guess an hour is better than nothing! 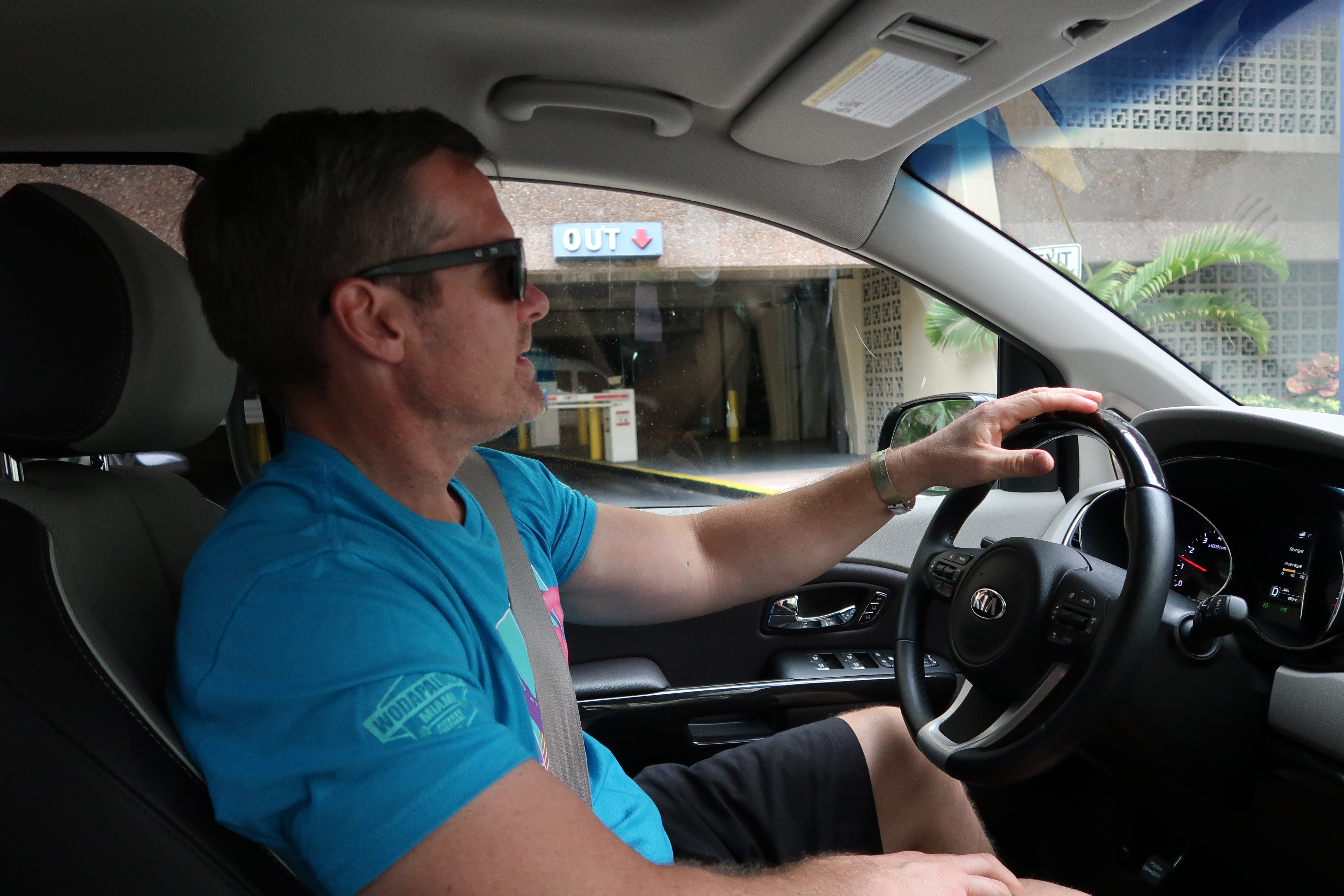 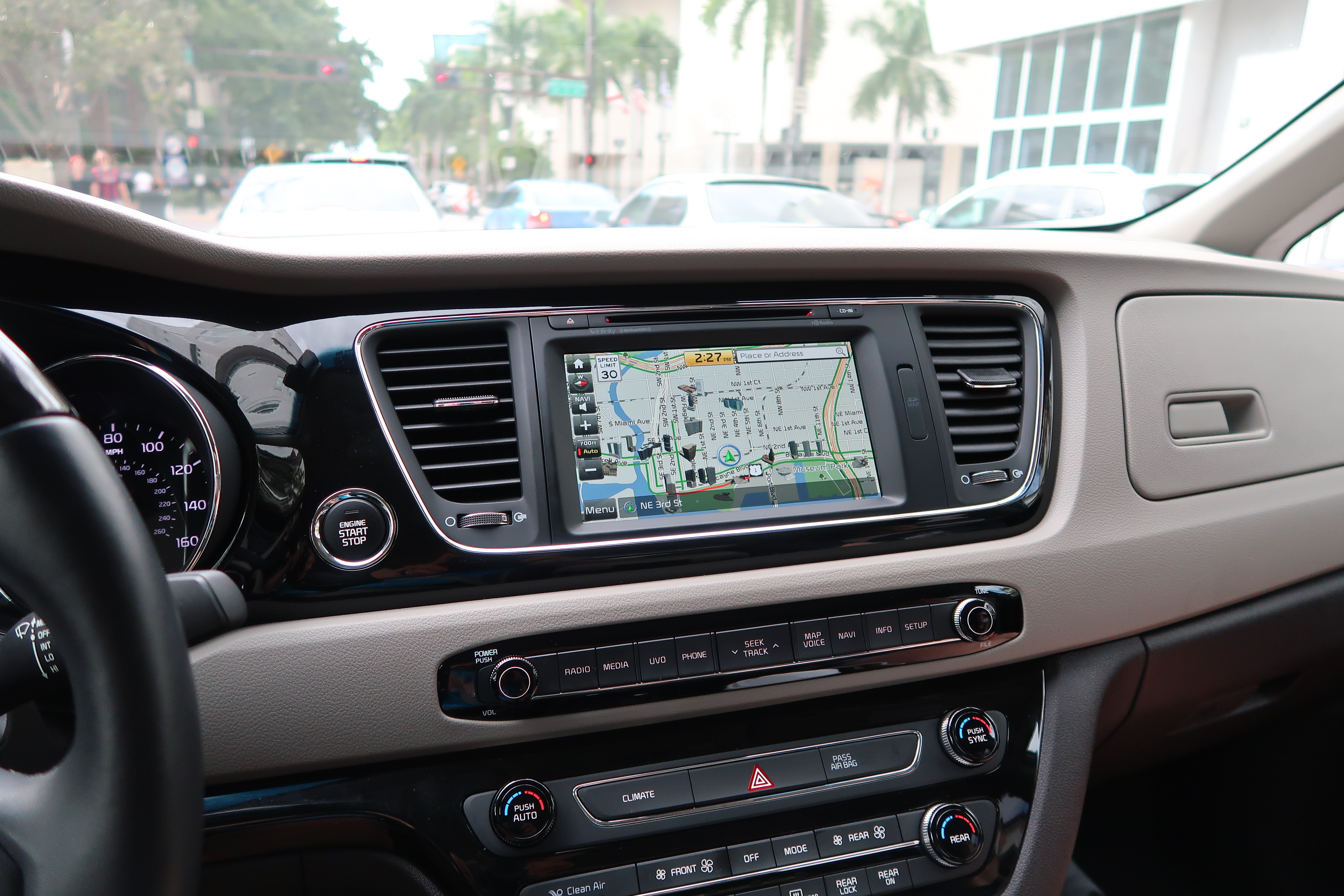 We made it to the area of Downtown Miami known as Brickell, which was walking distance to the competition venue, and got checked in our condo for the next few days.  The competition was being held at the Bayfront Park in Miami which is really spectacular.

A little background first about Ashley and her interest in CrossFit. Ashley and I have been dedicated CrossFit enthusiasts for over 2 1/2 years.  We typically go in for 5-7 training sessions per week, and we have so much fun with it.  Ashley has really excelled and she is hoping to qualify for the CrossFit Games this year.  We felt the Wodapalooza competition would be a great primer for her to see how she stacks up against some of the top competitors.  The Wodapalooza competition is a 3-day fitness Festival with many different workouts to test the athlete in every way possible. 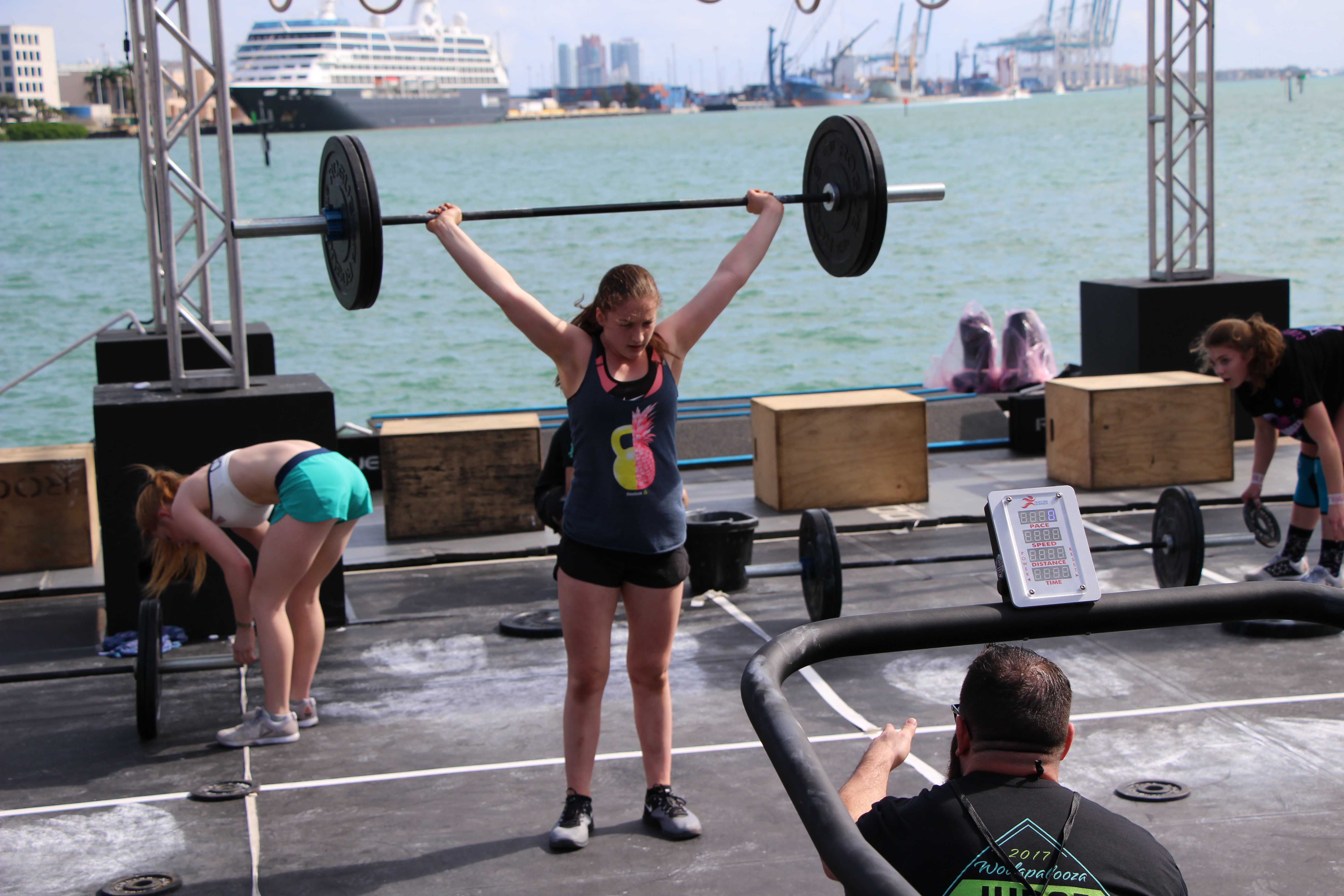 Thursday was a day to check-in to the competition and also get a much-needed nap in the afternoon.  We also drove over to a local grocery store to pick up groceries.  If there is one thing Ashley has learned, it is that proper nutrition is absolutely essential to perform at her best.  So, there was no junk food for us on this trip, just her regular whole food diet. 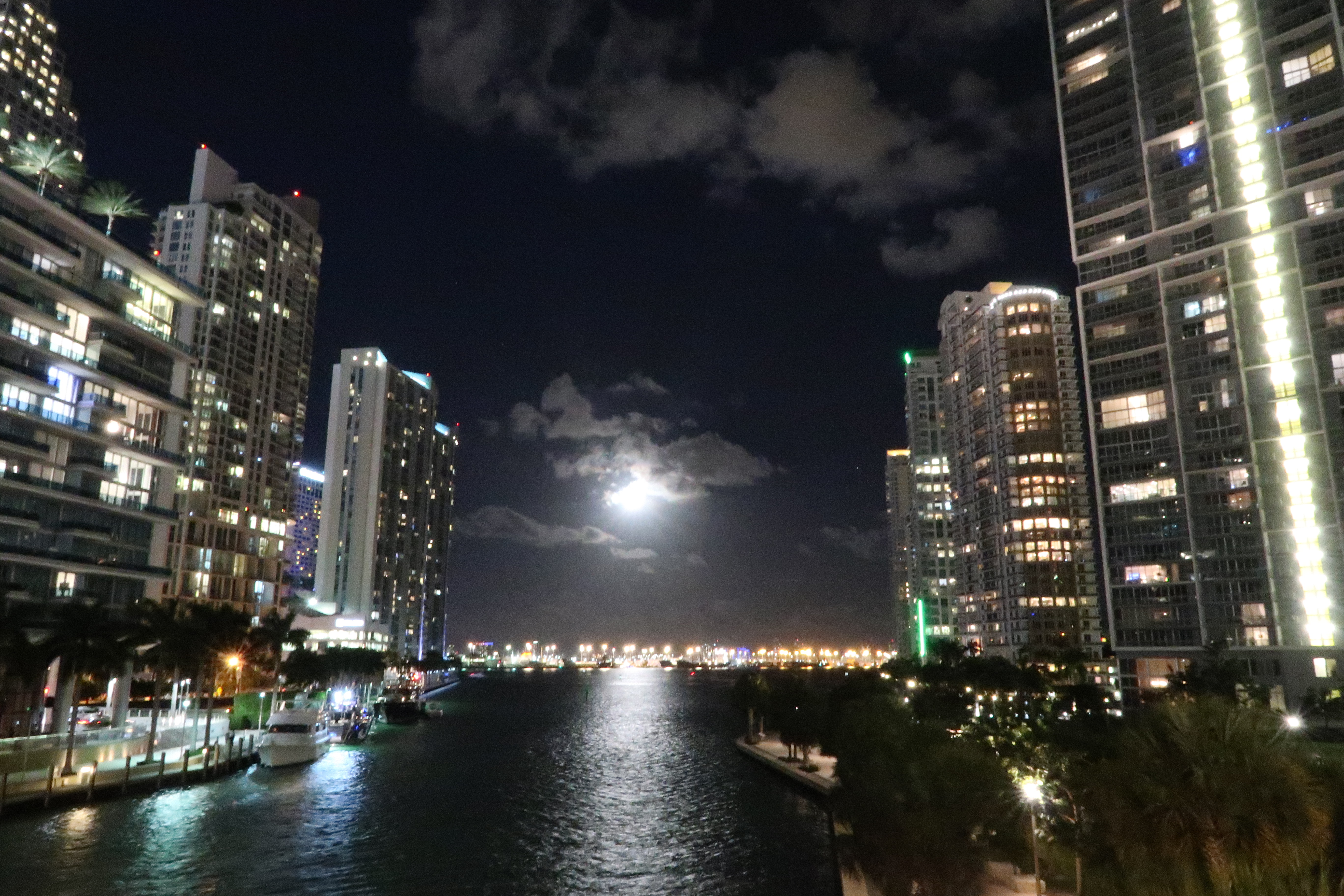 There were 2 events on Friday that were major tests for Ashley, but she loved every moment of it.  The first two events were pretty good ones for her and she ended the day in 7th Place (Out of 15).  The workouts consisted of weightlifting, jump roping (double unders), rope climbs, pull ups, lunges, and the Air Assault Bike (stationary bike).  Ashley was hoping for a better placing in the first 2 events, but she was right in the mix and the last 2 days could go in any direction. 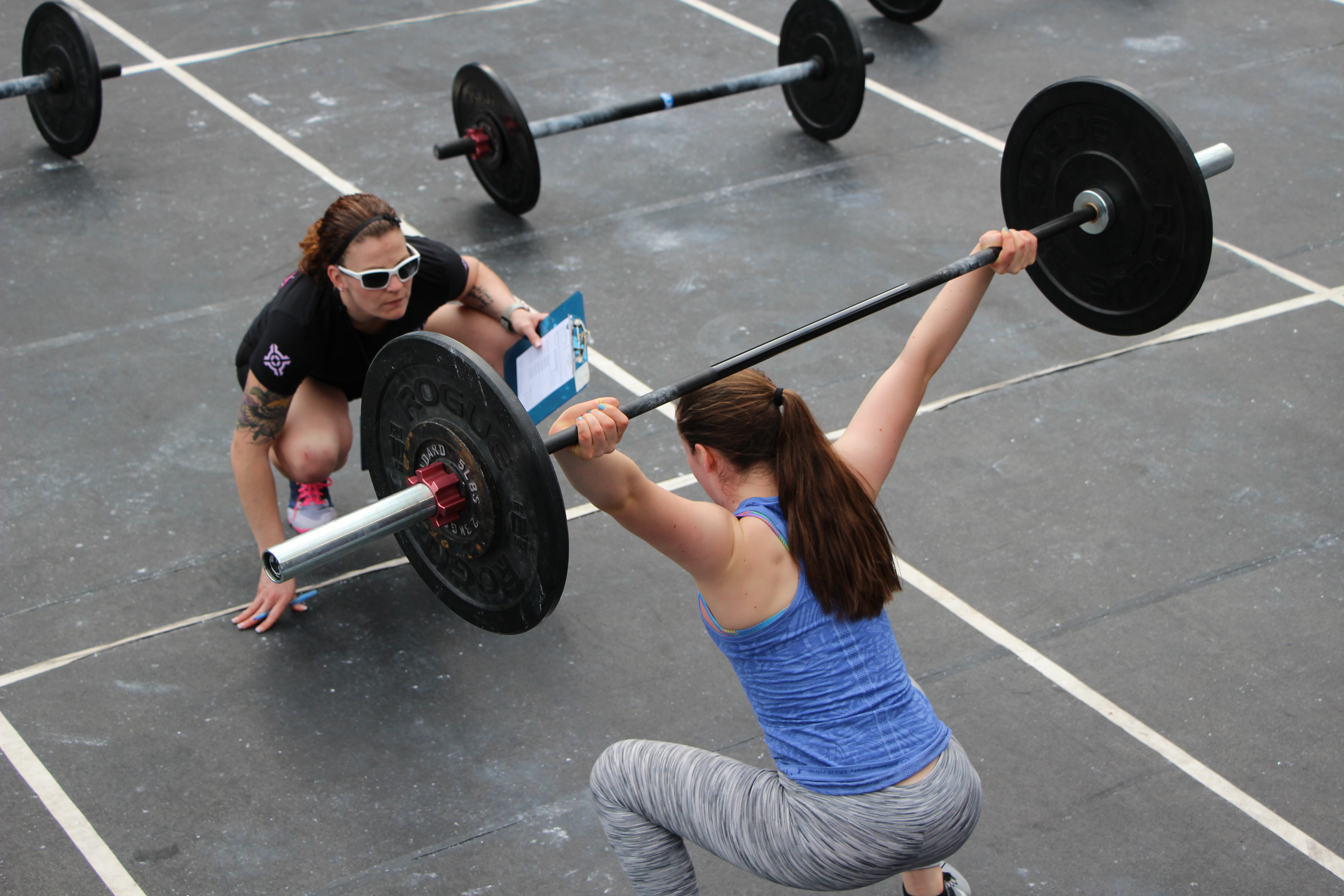 The first was an endurance workout of rowing and running.  Ashley did great in this one ending up in 4th Place.  The next workout was a “chipper” which included many different movements and probably was Ashley’s least favorite of the weekend.  She didn’t finish that well in this workout, but she still had fun.  The 3rd workout of the day was a repeat of a workout from Friday.  There were some judging issues the night before so the competition organizers felt it would be best to have the girls repeat this one.  Ashley did well on this again, and ended the day feeling very tired! I’m not sure what place she was in after Saturday, but it was somewhere in the middle of the pack. 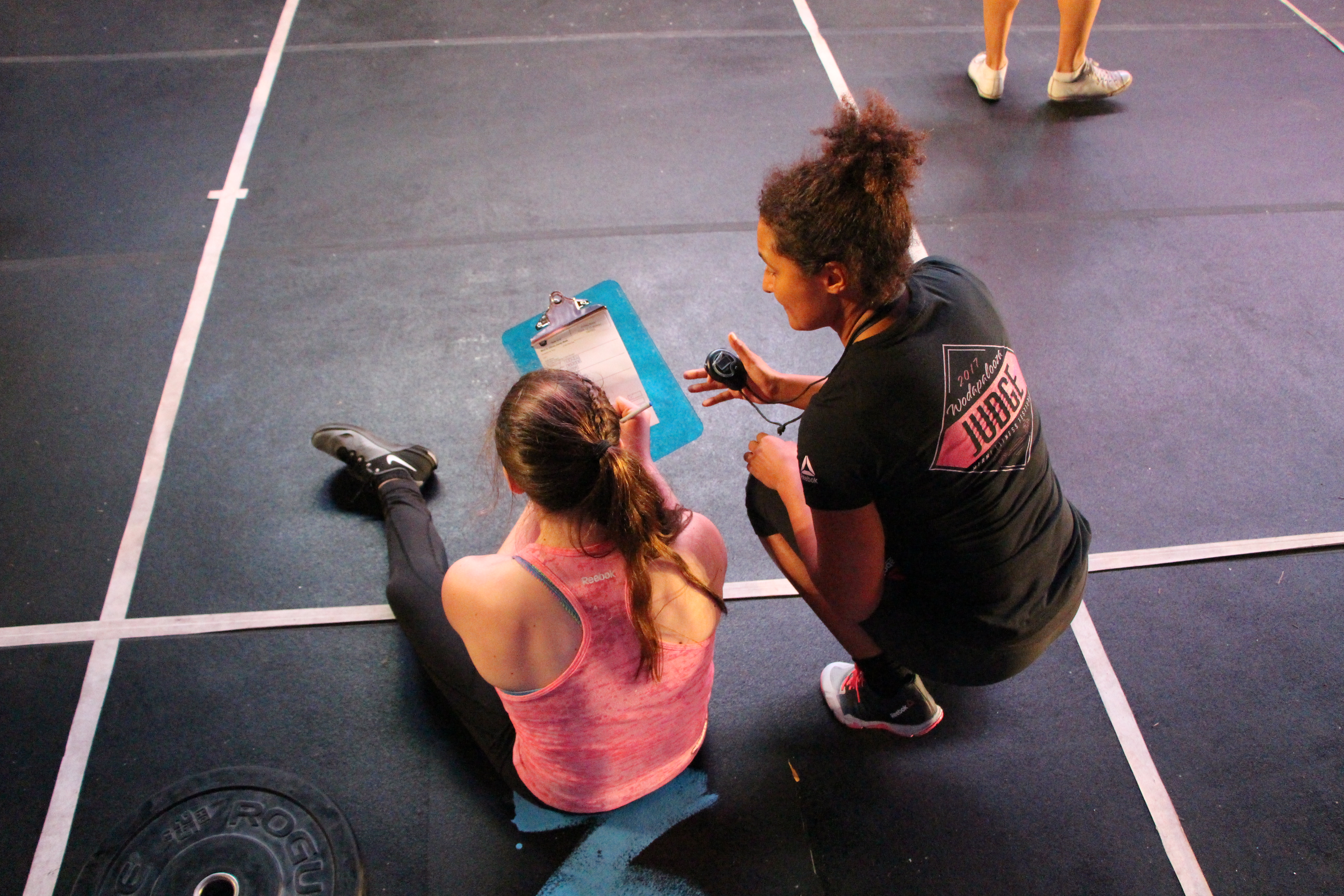 Sunday was the final day of the competition.

There were 2 final workouts set up for the morning and Ashley excelled in both. There was weightlifting and various other CrossFit movements.  She “emptied the tank” on all her workouts and gave it everything she had. 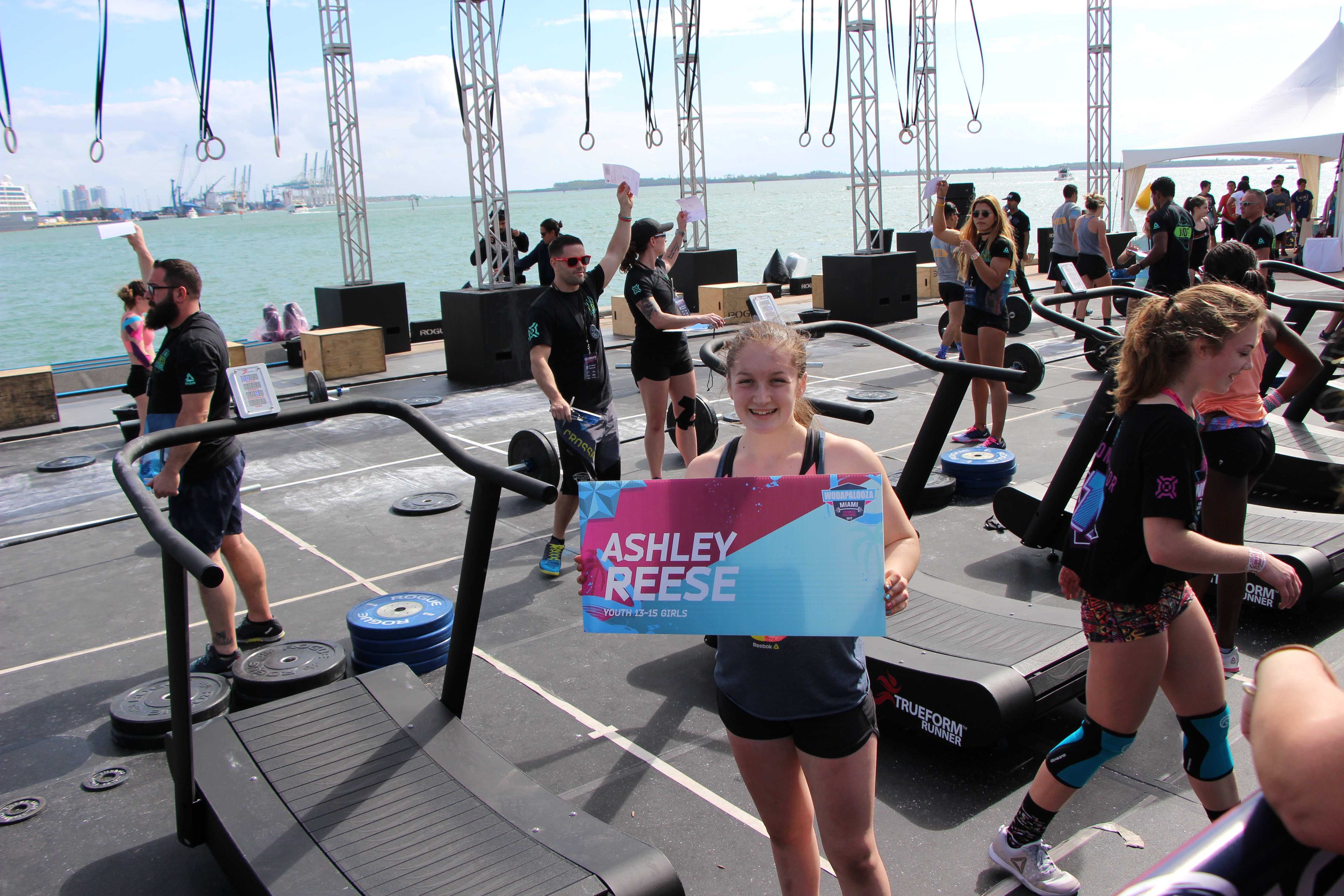 The end result of the competition was an 8th place finish.  She also realized that she can compete with the top competitors, but she still has some areas to work on.  She is even more excited to continue her CrossFit journey and strive for an even higher level of fitness. 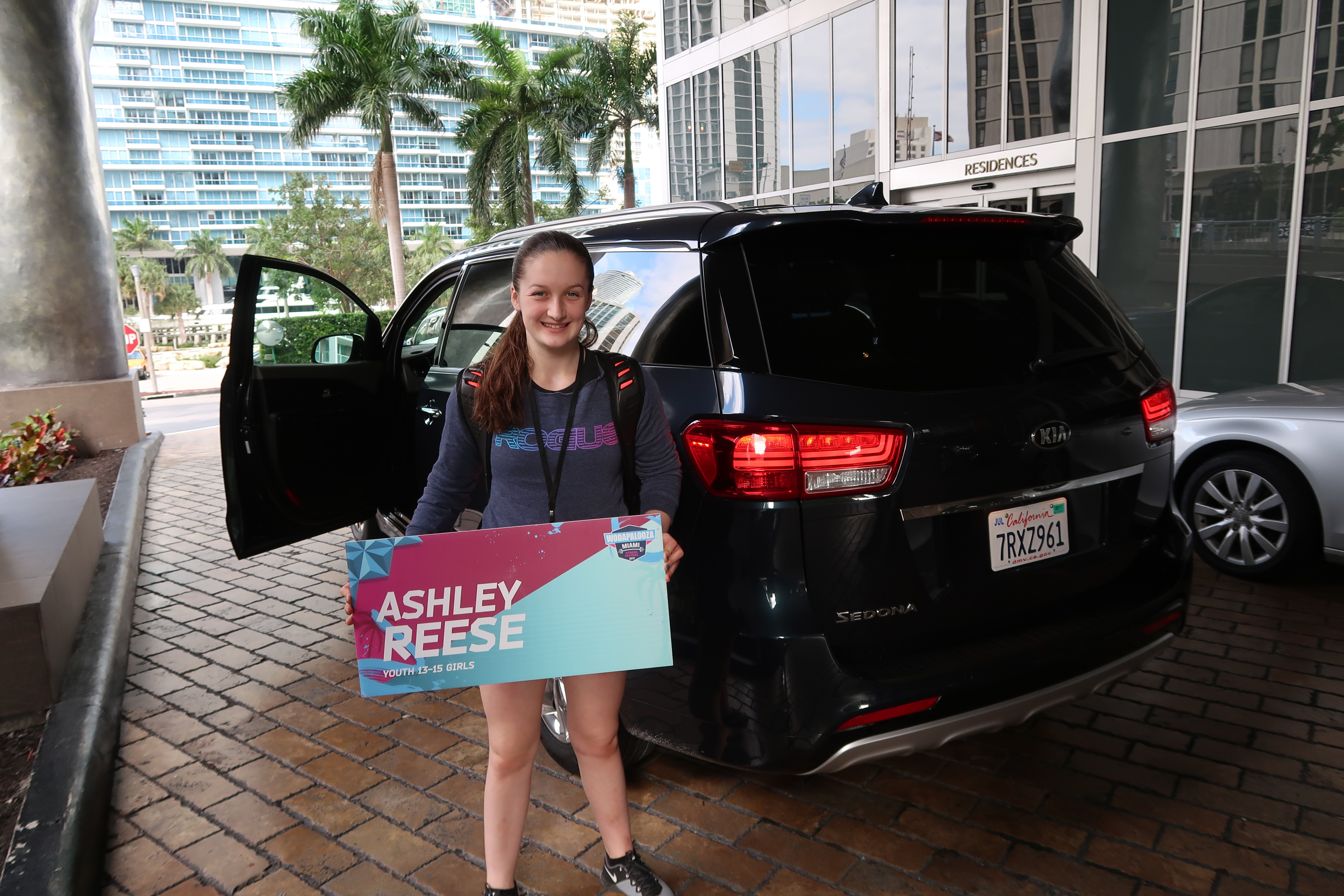 After the competition was over, it was time to rush back to the airport.
We made it to the airport in just enough time to get on our direct flight back to LA.  We landed back in LA around 1 am, then drove back down to San Diego.  We walked into our house around 3 am.  It was an exhausting trip, but an amazing one too! 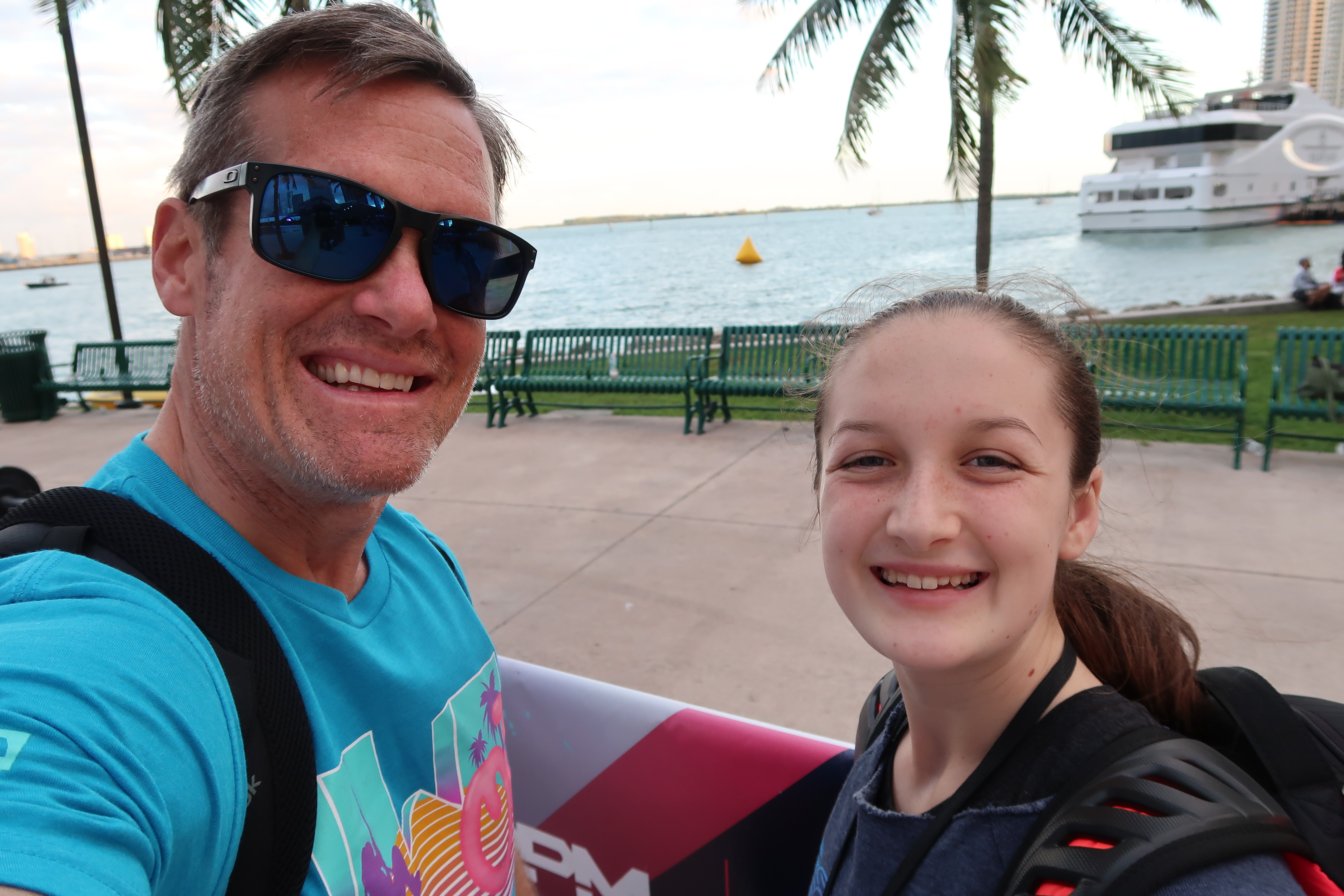 To wrap up my thoughts….As a Dad, it was wonderful for me to watch Ashley in the competition.

Ashley is such a hard worker and a good kid above all else.  She gave all her workouts 100% effort and pushed her limits.  It was also a great bonding time for us because we never get to take a major trip like this, just the two of us.  I’m hoping that she will always remember it….I know I will!
We also filmed daily vlogs while we were on this trip.  Here is the YouTube playlist of our Wodapalooza 2017 trip (below).  By the way, if you haven’t subscribed to our channel yet, why not?  You can fix that by clicking here!

Have you traveled with just one of your kids before?