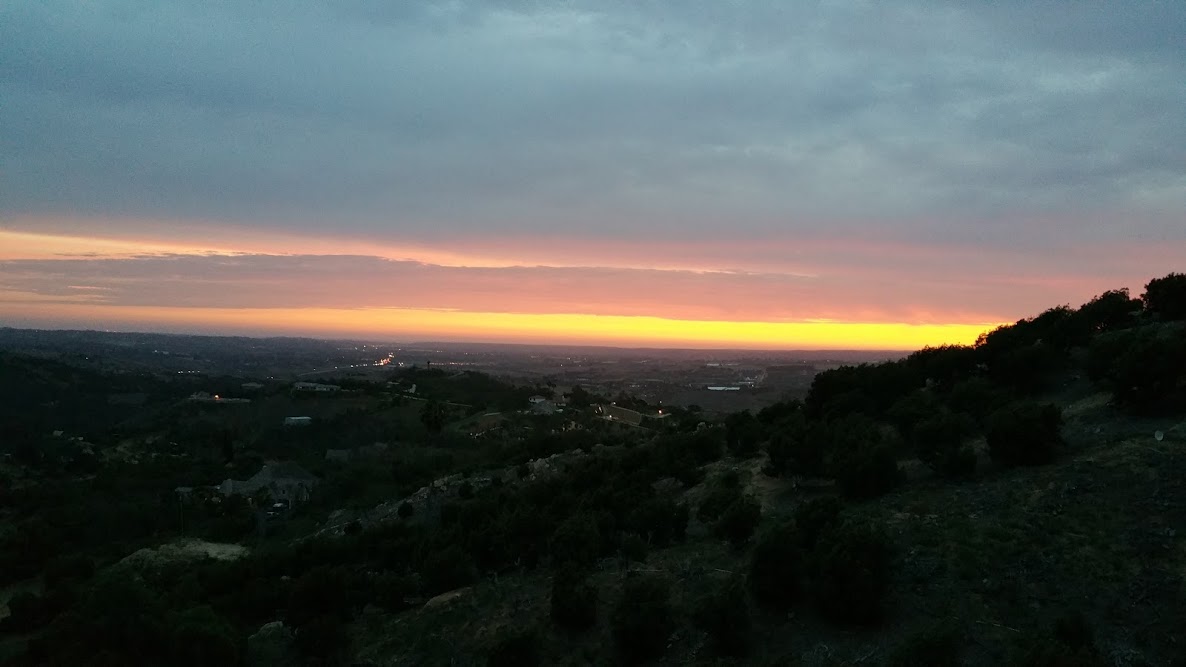 Today started out like they normally do, but within minutes I not only scared my neighbors with my wild screams, but I felt like we were in an episode of wild… and the animal takeover had just begun.

We live in a semi-rural area of San Diego.

Meaning there is a Walmart about 10 minutes away (do you judge how out in the middle of nowhere someplace is by how far away from Walmart it is… or is that just me?) but our house is on over 4 acres of land and most people think we live way out in the country. I used to think the same thing before I moved here so I totally see where they are coming from.

Pete got up first and let the dog out and then came back upstairs. He looked out the window and said that the dog was way down in the grove. This would totally not be a problem except that he is over 12 years old and spends most of his days in the garage (his choice). He even cries for us to close it. In his younger days he would run up and down into the grove… but in the past couple years he has developed arthritis and when he does  this he’s pretty sore for the next few days. We both thought it was strange that he was down there because he seems to know how sore he will be and we haven’t had to go get him from down there in a long time.

I told Pete I’d go get him and as I was walking down the stairs Pete came running up to me telling me it was actually two really big coyotes that he saw. He said he was watching “our dog” when another dog walked up and then he realized it wasn’t our dog at all.

We both went running outside. Pete went to the front yard to get our dog and get him to safety while I started screaming in a very unnatural way and waving my arms like a mad women.

My neighbors must LOVE me.

With our dog being older now, and with there being 2 coyotes we were both very concerned for his safety. Little dogs and cats go “missing” all the time here and it’s not uncommon for them to attack bigger animals too if they are hungry.

Thankfully our dog had already put himself back to bed in the garage and he looked at us like we were crazy.

I wish that was the end of the animal adventures, but sadly it wasn’t. We had some late night fun too… 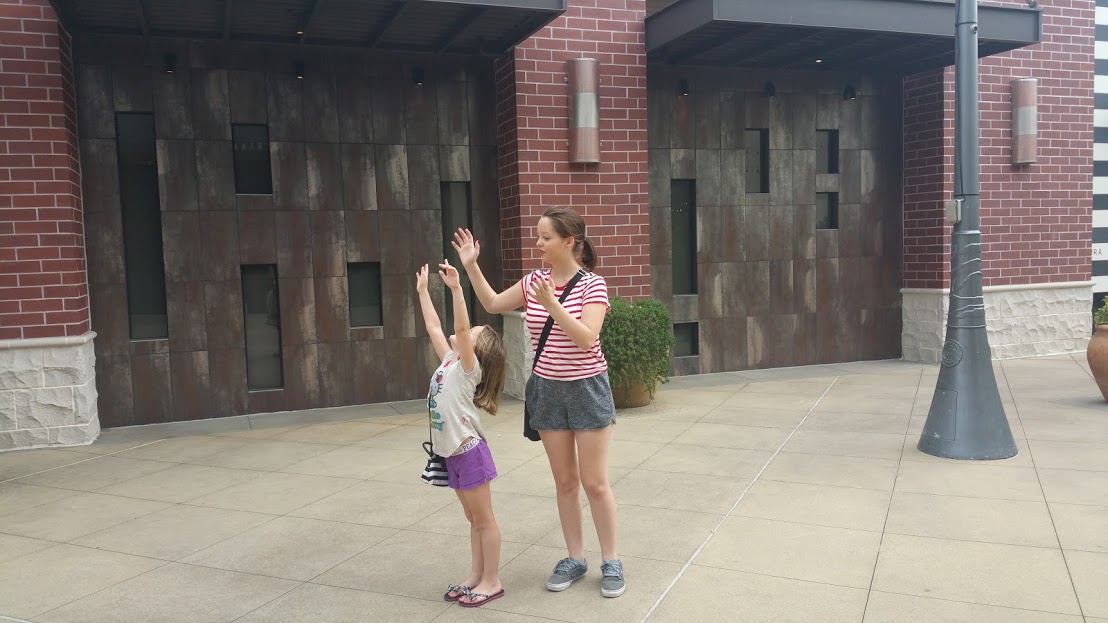 Pete and Ashley headed off to the last day of the Kids CrossFit gathering and Maddie, Emmy and I went out for more fun!

It was 100 degrees in the shade, so they stopped at every mister there was. And then we had Japanese food for lunch. The food was awesome… and so was the air conditioning. <— Just being honest. 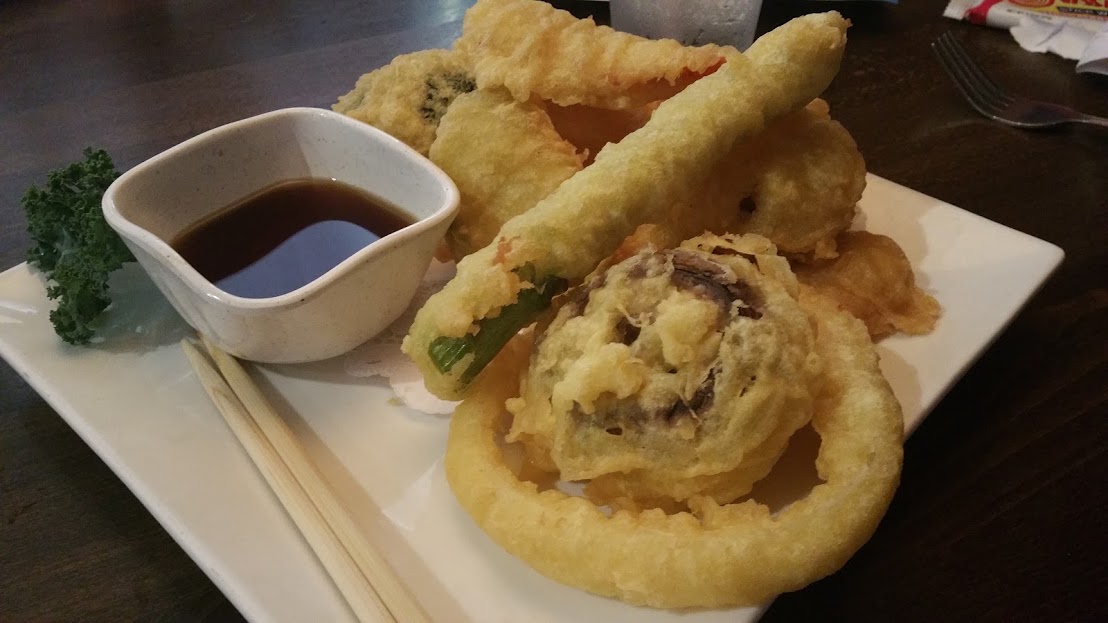 Em has been asking to go to Disneyland lately, but our next planned visit isn’t for a couple months so I did the next best thing. I took her to the Disney Store. Is this a parenting hack or a lazy parent move? You be the judge. Either way she was thrilled! 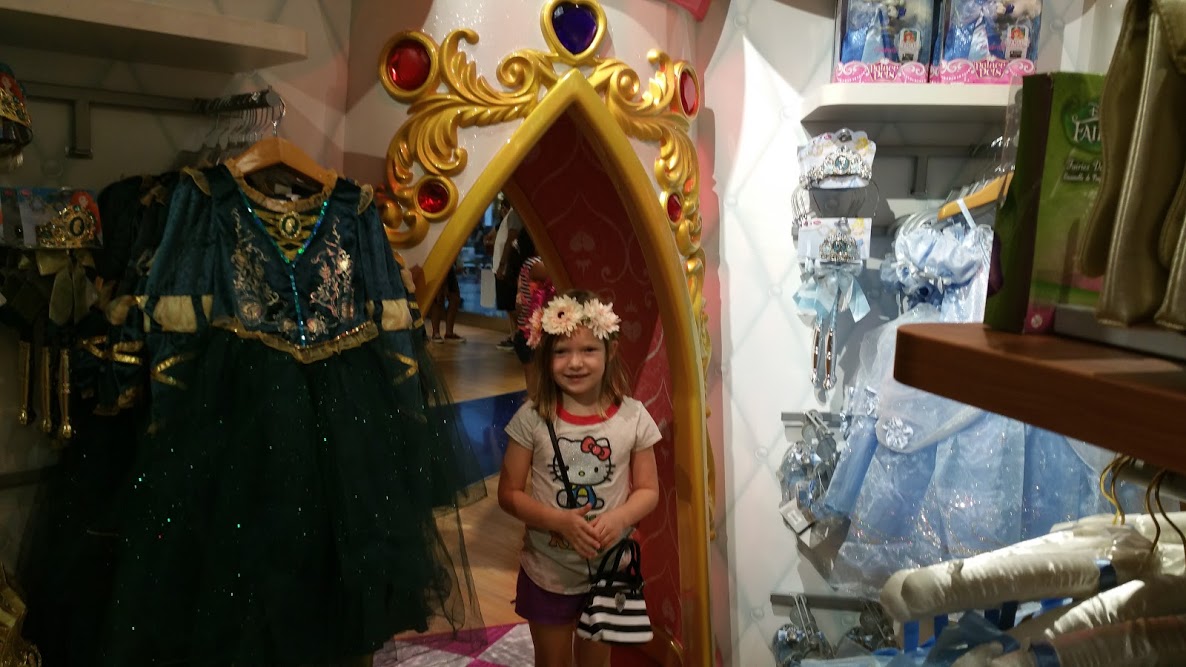 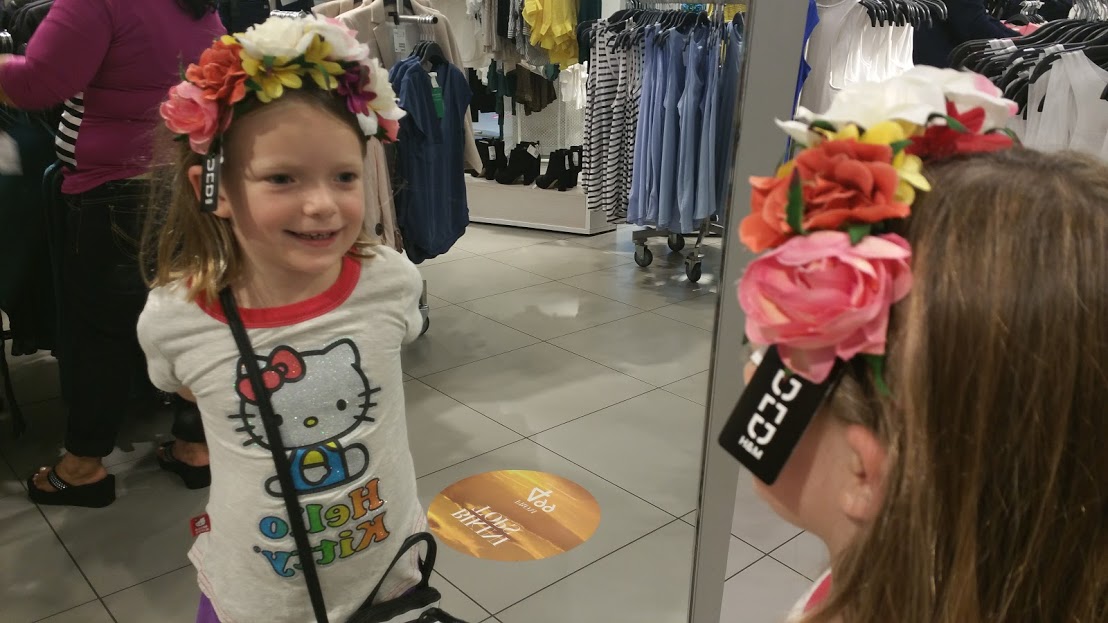 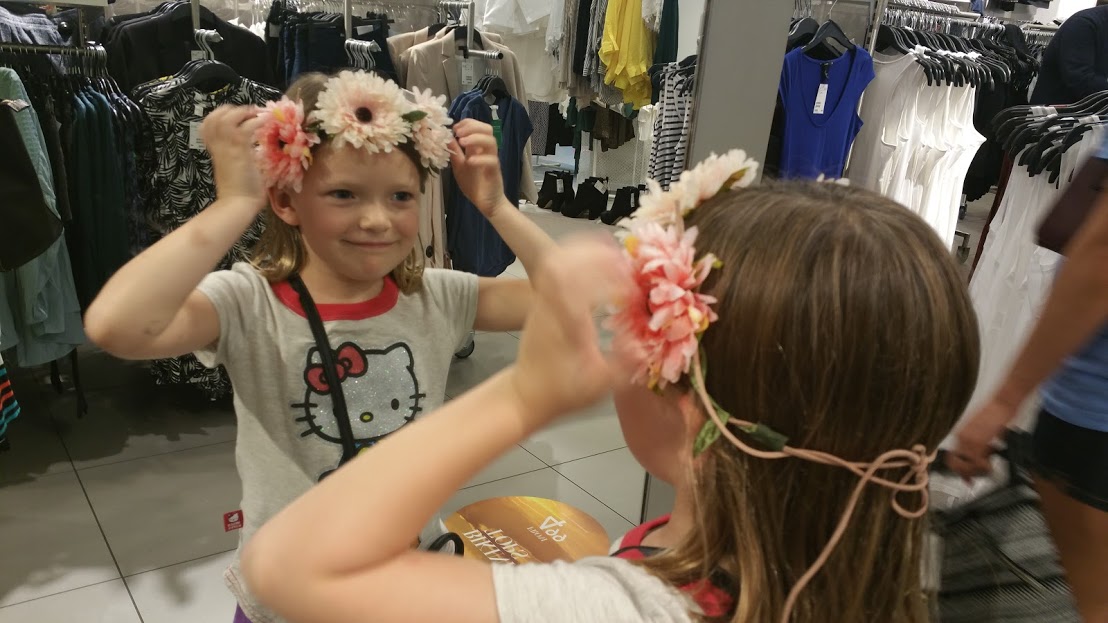 And looking for the next hot toy item. Does anyone else love the Japanese store? 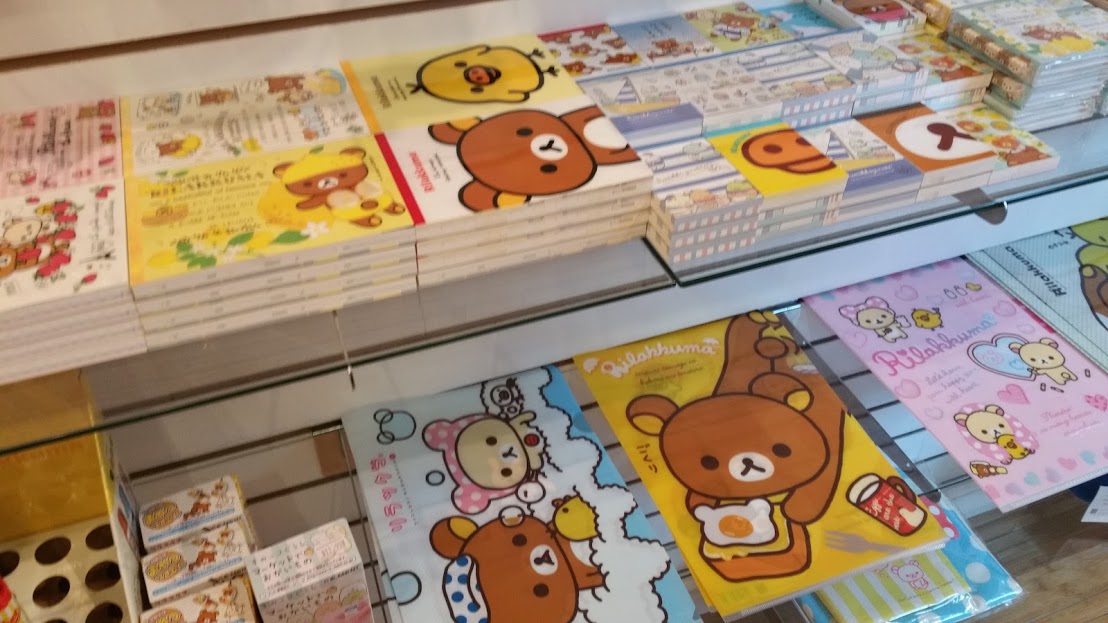 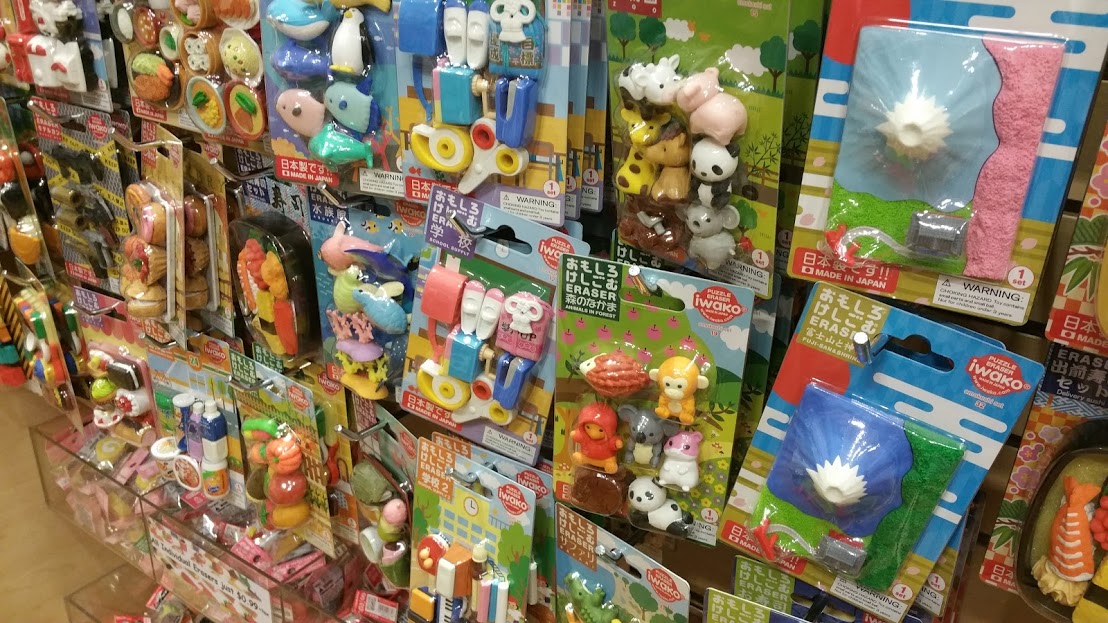 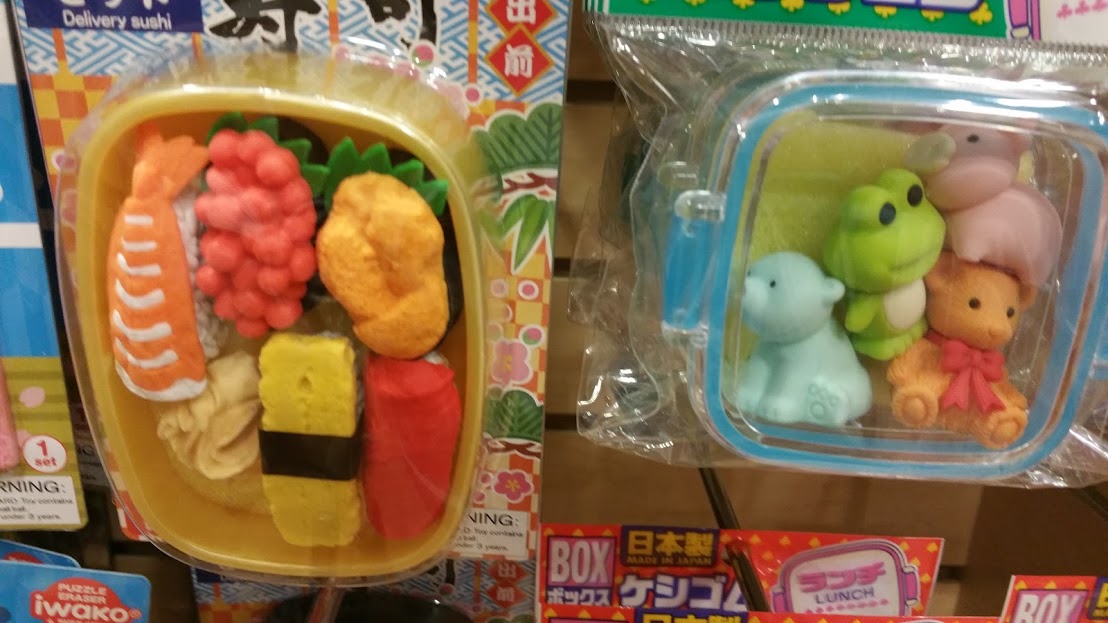 We made it home in time to be there when Pete and Ashley got home. It felt like we hadn’t seen them in weeks. The rest of the evening was boring if I do say so myself. I got some work done, straightened up the house and then it was time for bed. I fell asleep around midnight just to be woken up by Pete saying that the cats cornered something in our bedroom.

They had a rat or a mouse.

Pete was cool going back to sleep and letting the cats take care of the situation. That’s how tired he was… me on the other hand couldn’t imagine closing my eyes knowing that there was a rodent on the loose… so I insisted we pick up everything off the floor, seal all the doors and flush it out from behind the furniture. Forty five minutes later we were ready to see what we were dealing with… and there was nothing there.

Pete starts to think that maybe it was one of their pretend rats he saw or that maybe it was nothing at all? I mean it was in the middle of the night. We all go back to sleep. About 30 minutes later I wake up to my overly enthusiastic cat showing me something…. a half dead mouse. It was awesome! I wake Pete up and as soon as the cat sees Pete he drops it and rolls over on top of it. These two have issues with each other at times. I think it stems from the fact that the cat wants Pete’s side of the bed. So Pete didn’t believe me at first until I was able to get the cat to follow me to another room. Boom! A very nice now deceased mouse was laying there.

And that was our day! So… how do you deal with uninvited guests in your home?