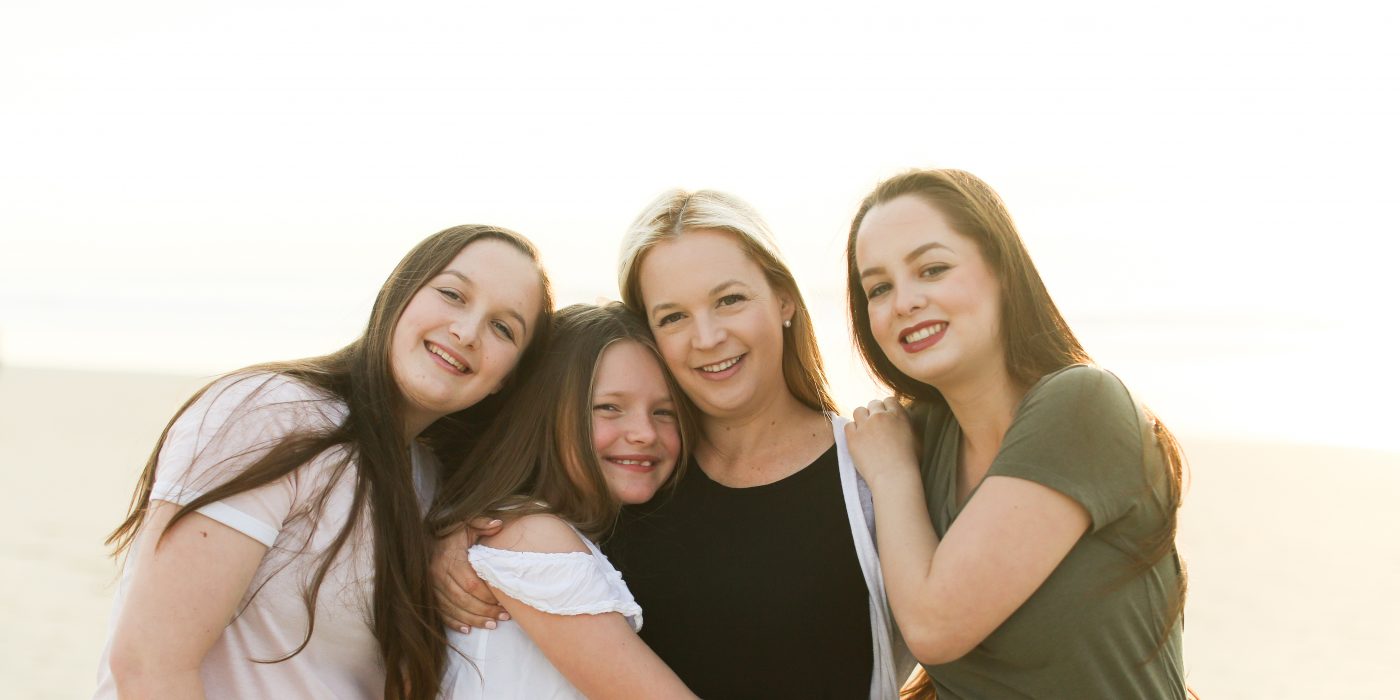 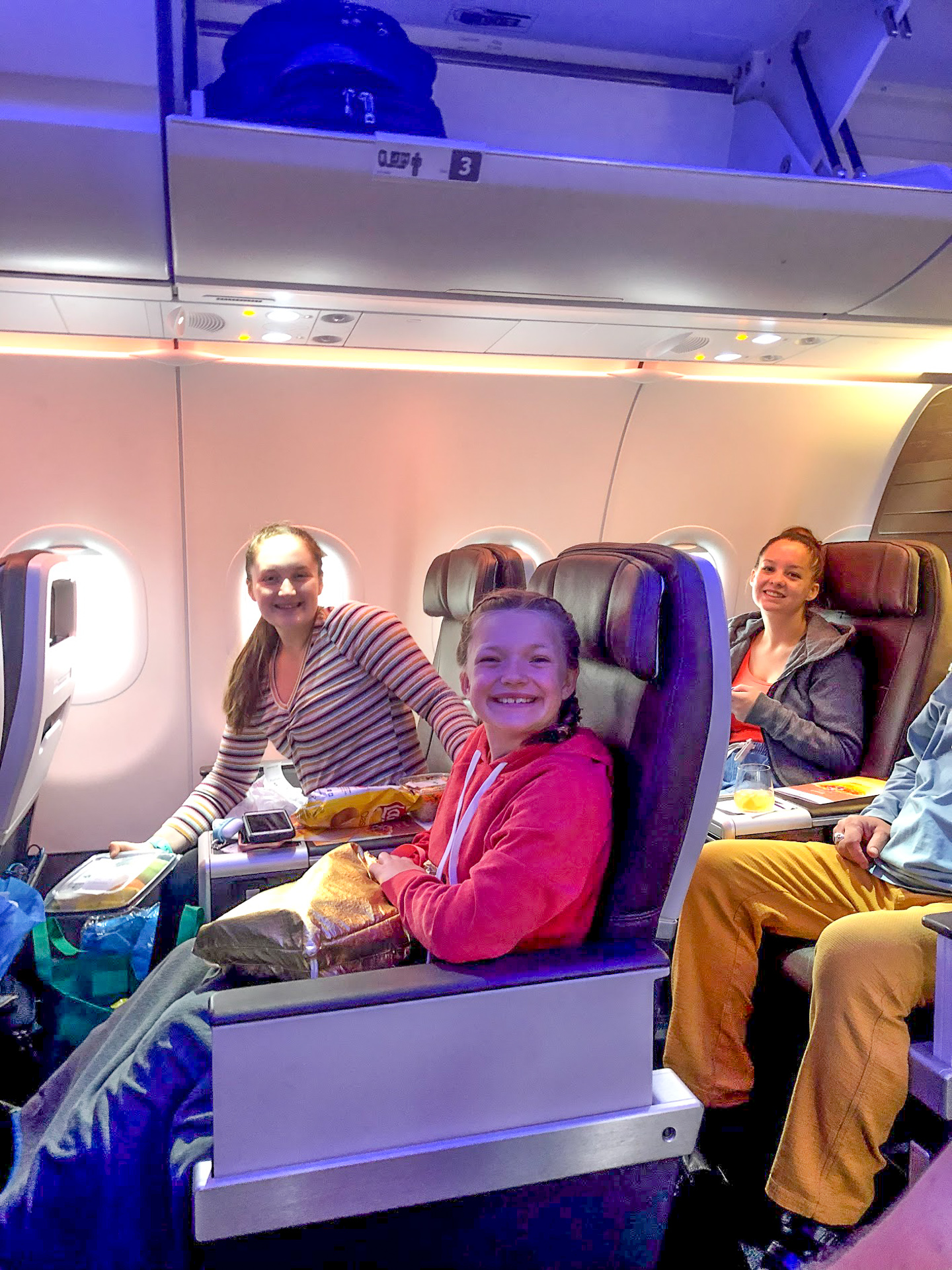 A long, long, long time ago I used to do monthly posts sharing cell phone pictures from the happenings of our life. Just a way to catch up together over a cup of hot tea in the winter and ice tea when the days warmed up!

I think right now feels like the perfect time to jump back in and share more with you all! 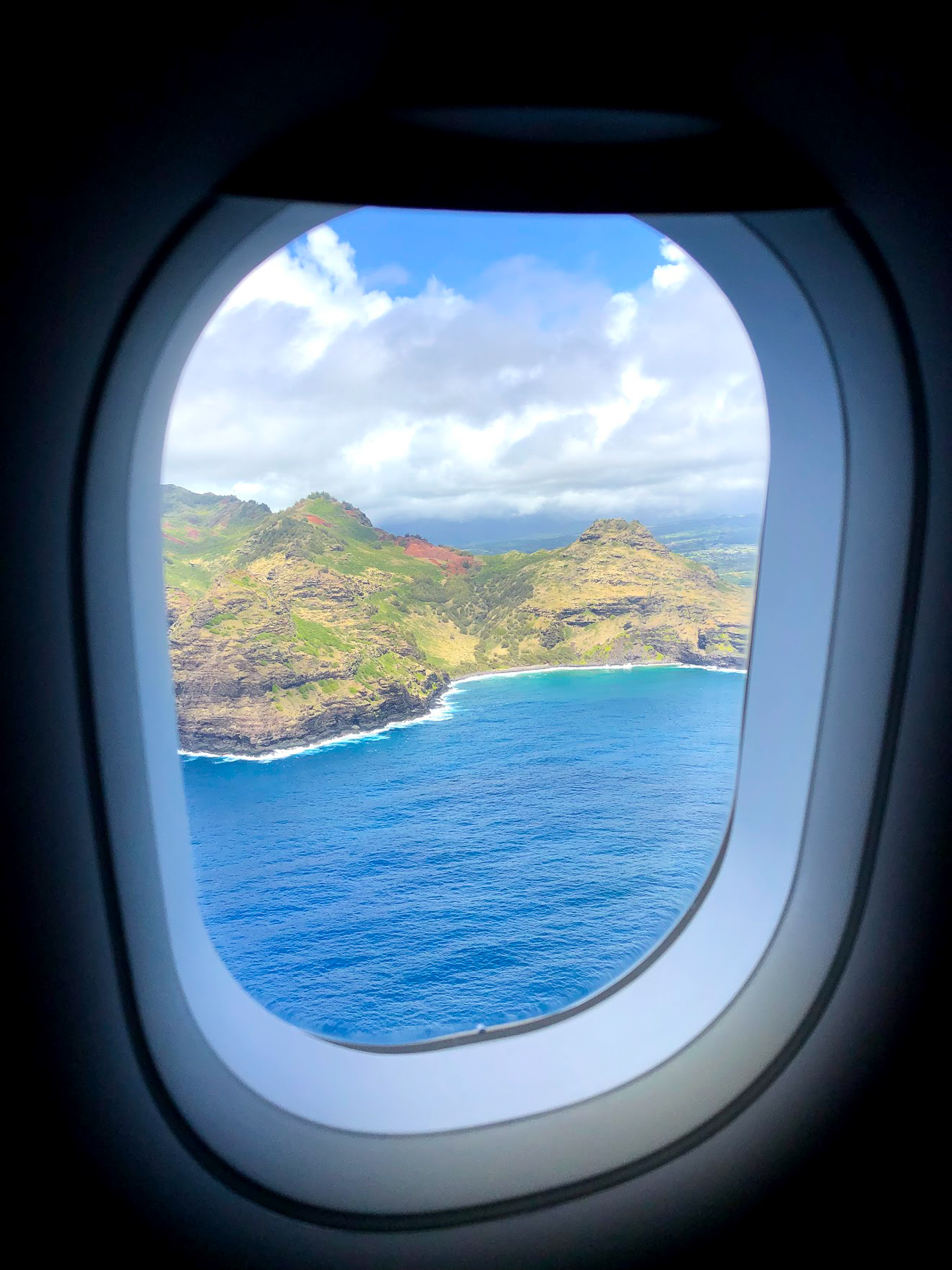 May started and ended with big adventures!

We hopped on a plane and six hours later we were on Kauai! The island was very mellow, but we still managed to have some exciting times, like surfing for the first time and taking a very choppy boat ride to see parts of the island that are only accessible by boat or helicopter. We also saw whales and dolphins.

Read about our time on Kauai.

We came home so relaxed and ready to have some fun during our last month at the beach house. 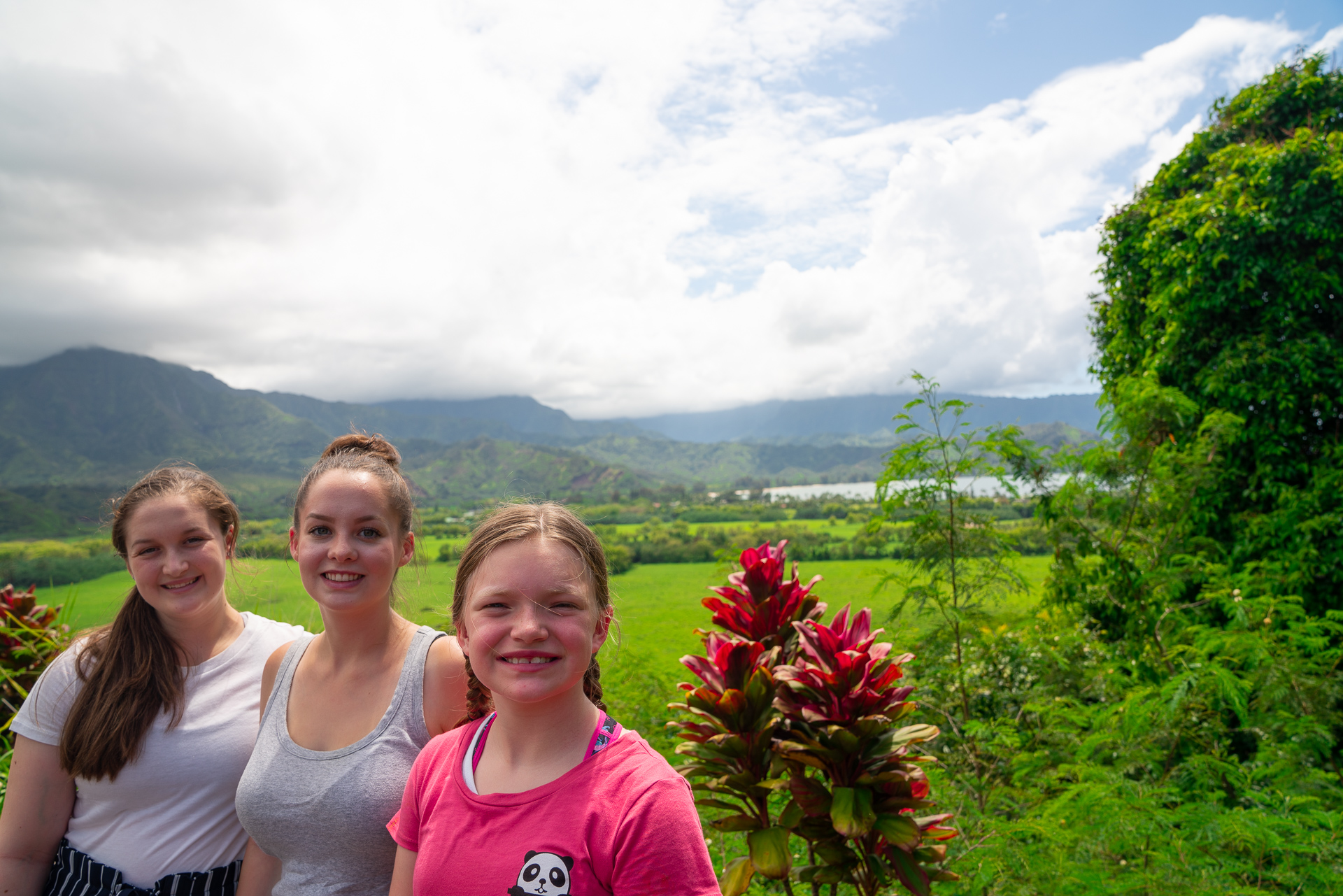 At the end of the month, Pete and I took the ultimate date night (day) to see Star Wars, Galaxy’s Edge at Disneyland!

I also did a 180 with my hair and had it colored back to my natural dark color. I can’t say for sure if blondes really have more fun, but I enjoyed being a blonde while it lasted! 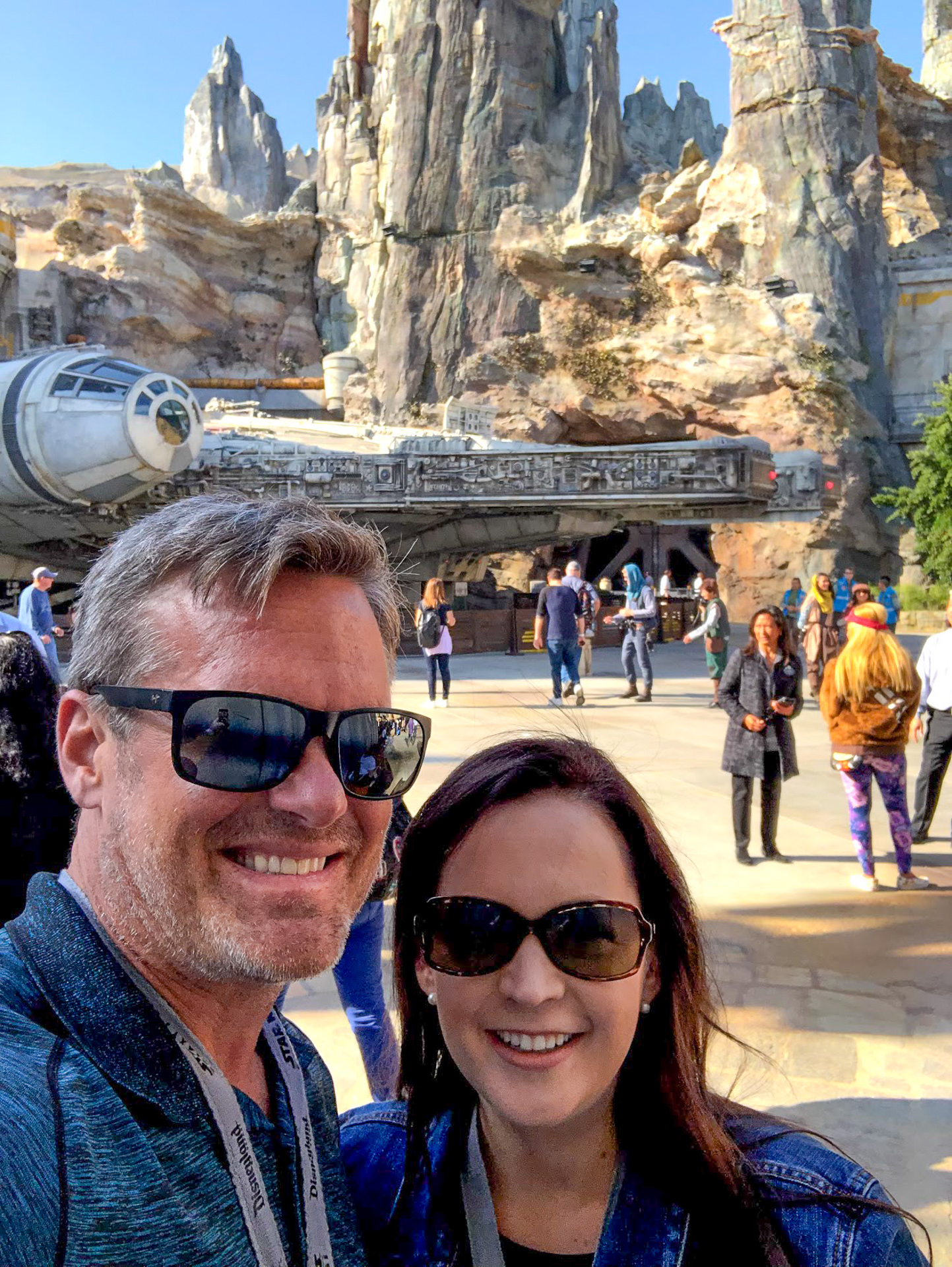 Disneyland and Galaxy’s Edge blew our expectations out of the park (pun intended). I’ve thought about it a lot and the Cantina was hands down my favorite part. The drinks were all really cool and it just felt like we were on the planet Batuu. I hope you all get to experience it!

Read about our time at Star Wars: Galaxy’s Edge.

Once we were back from Disneyland and the kids forgave us for going without them (we had to throw the promise of taking them to see it soon, to get that forgiveness) we immediately headed to opening day at the San Diego Fair!

Not going to lie, I’m only there for the food!

They actually have a surprising amount of vegan food to eat! Our favorite vegan eats at the Del Mar (San Diego) Fair has to be the frozen banana, chips and veggie dogs from Pink’s! 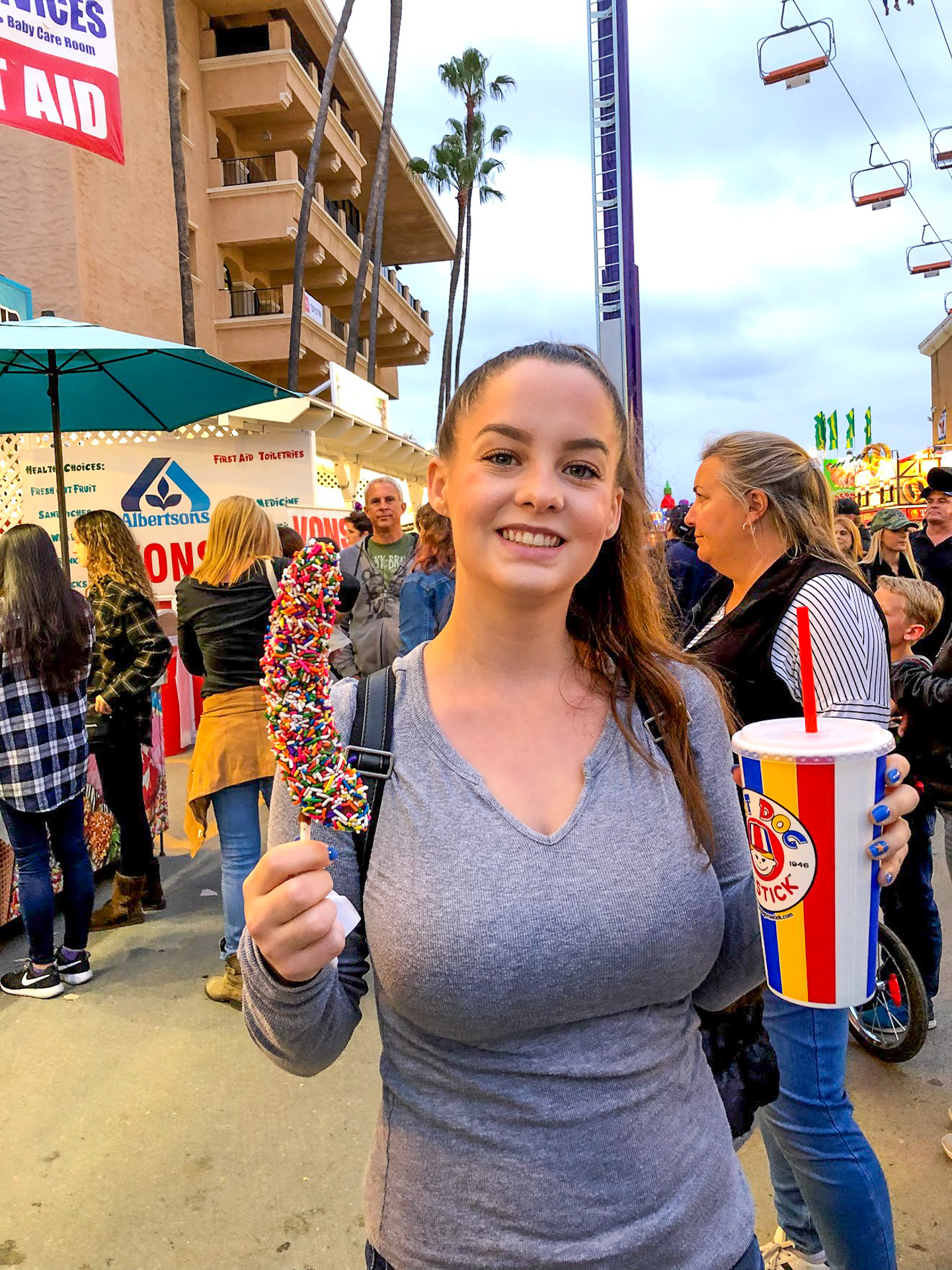 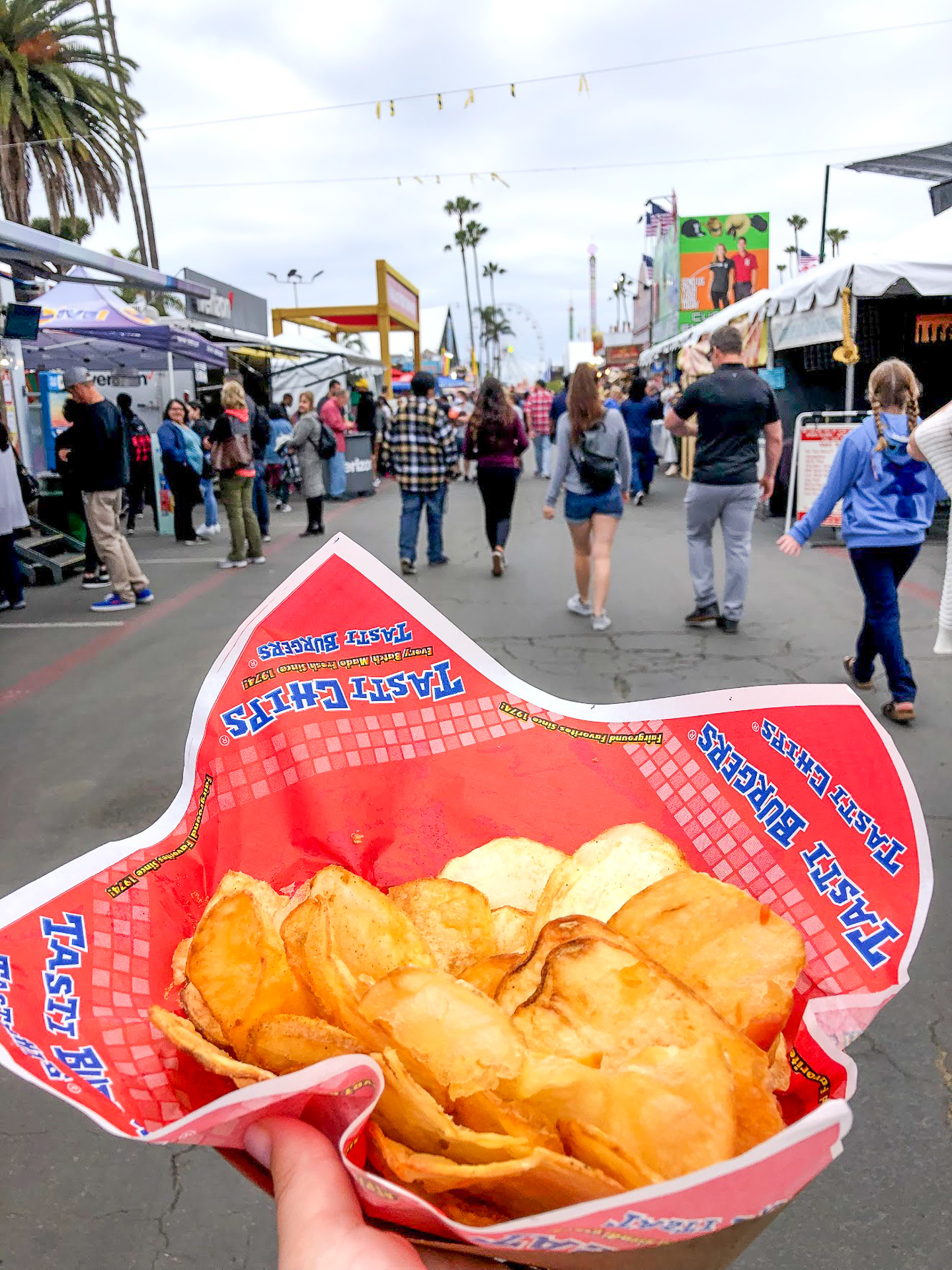 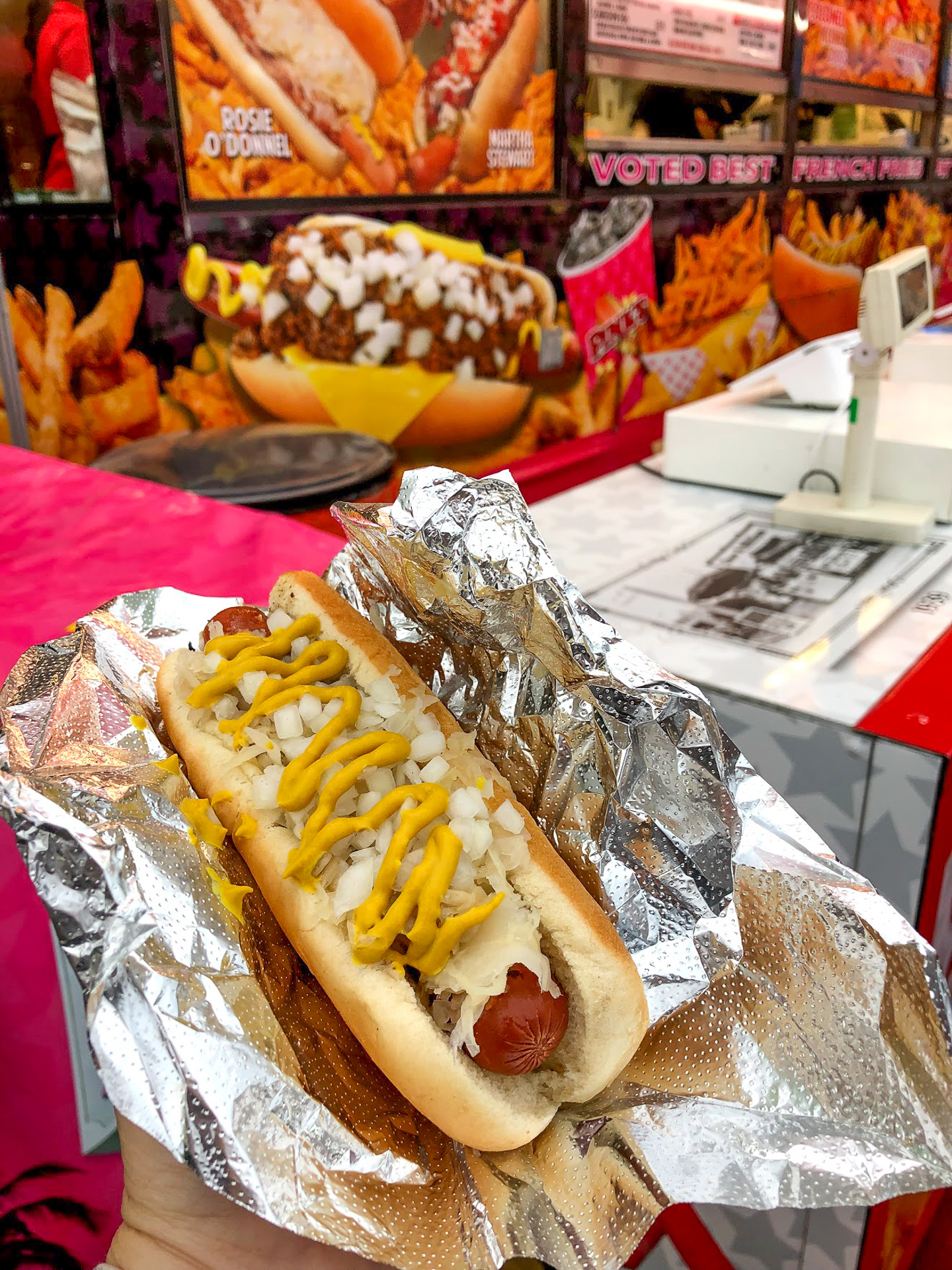 Emmy, of course, was all about the ice cream… as usual! (not vegan as she is vegetarian) 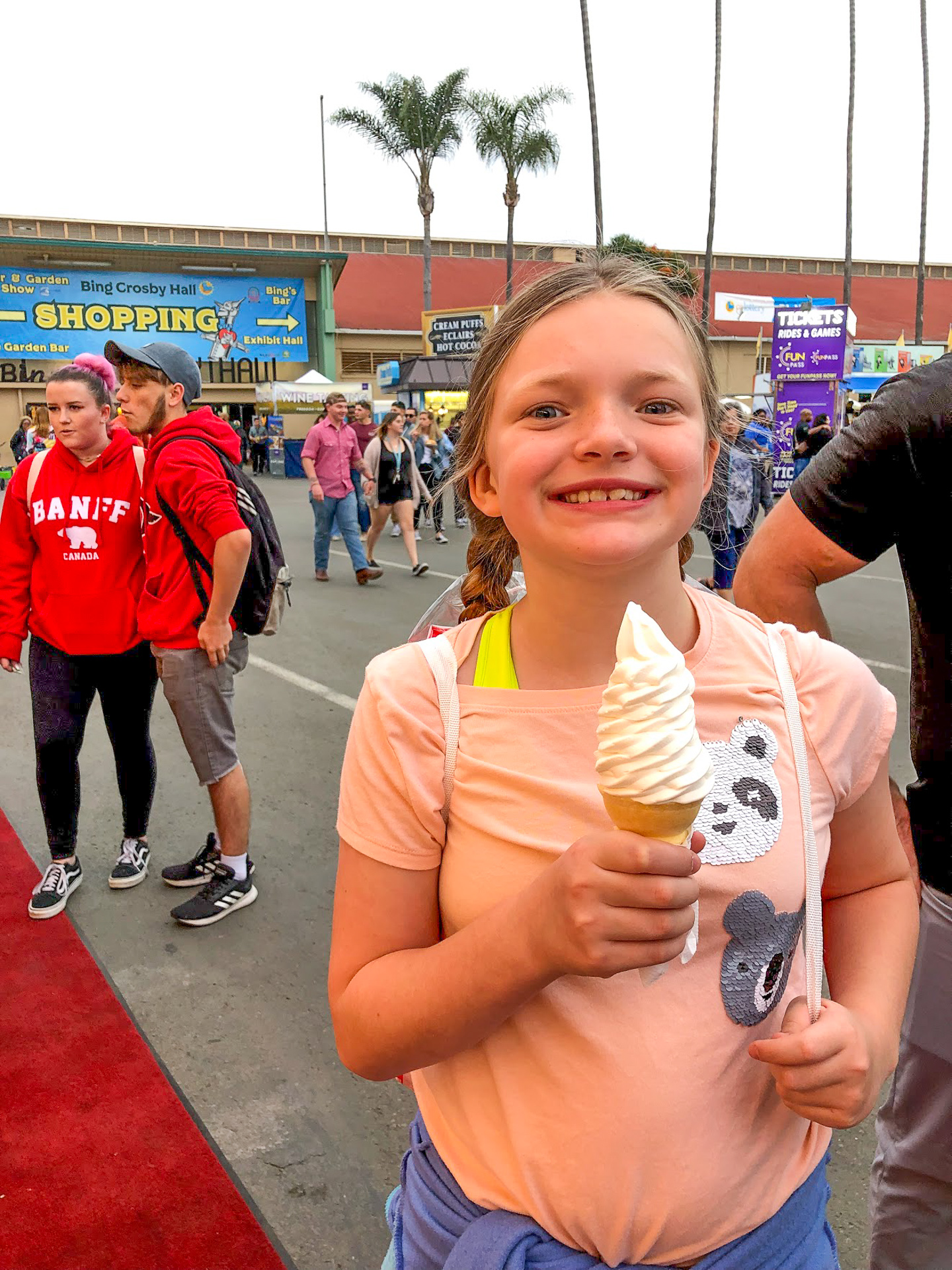 The kids were there for both the food and the fun! They live for fair games! 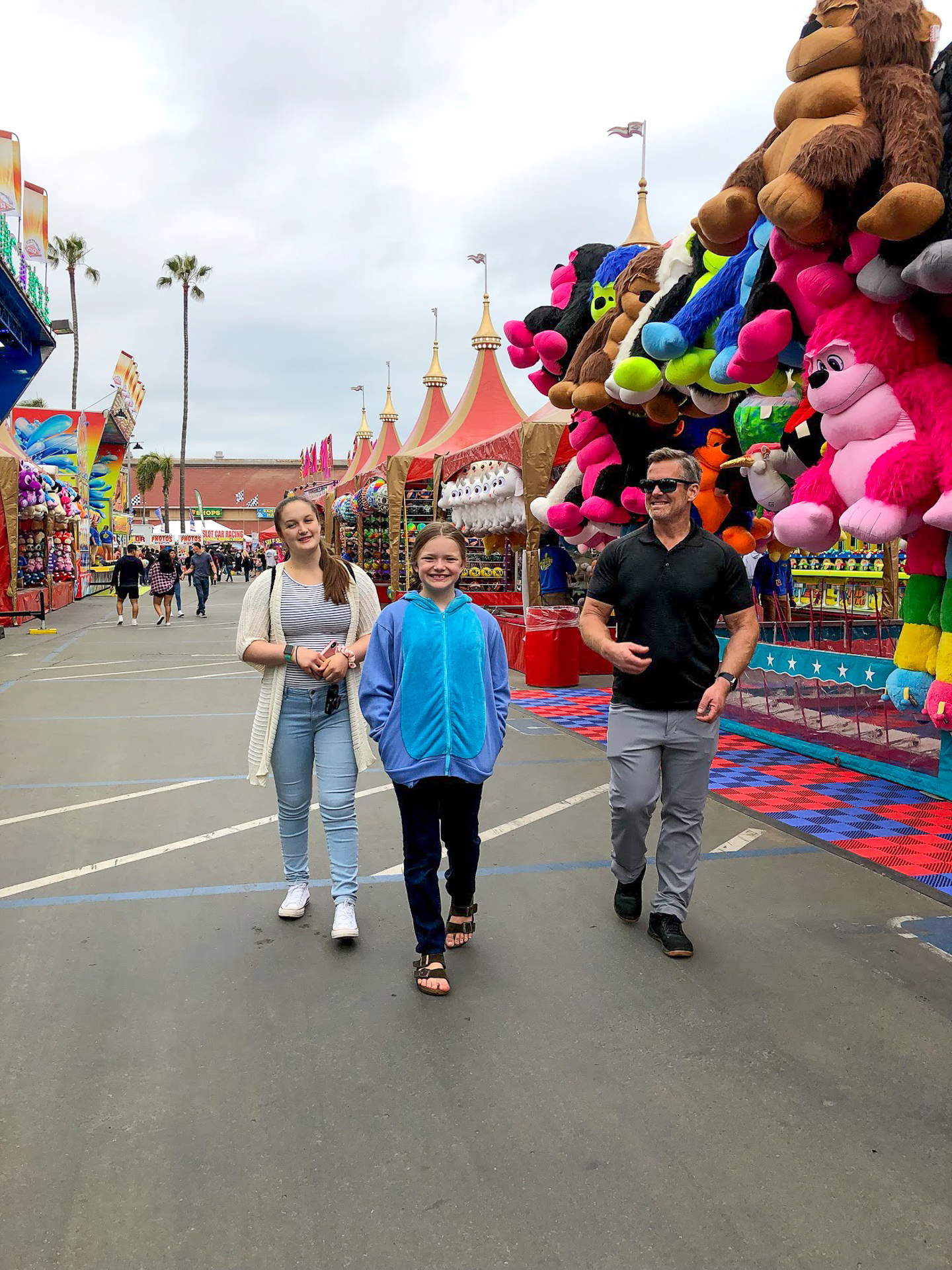 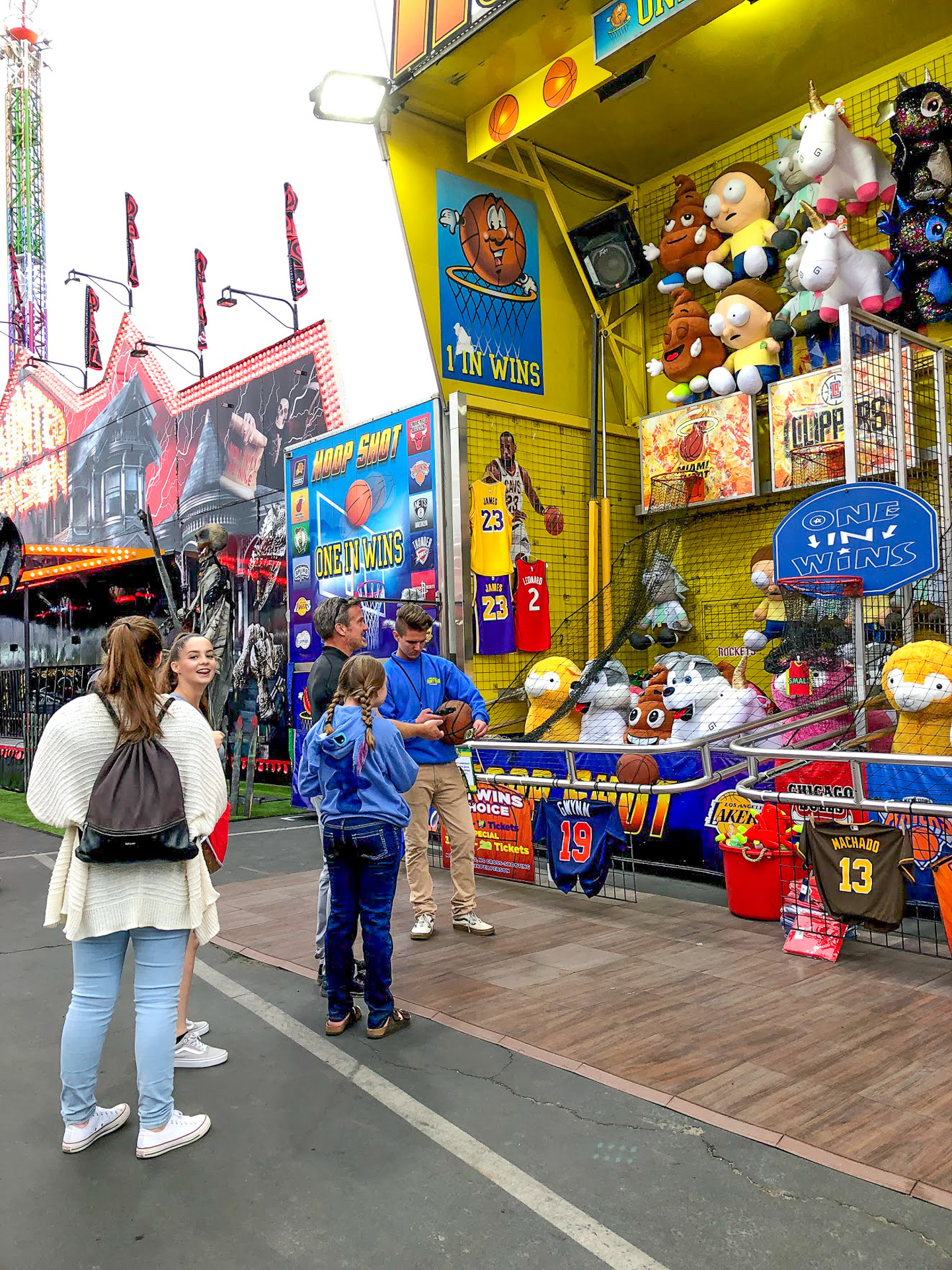 This year was different than past years because they are using electronic ticketing. So instead of paying cash for the games at the booth, you go pay and then show a master ticket or the app on your phone to pay.

Emmy is a natural at winning these games and even needed a “brag bag” to carry all her winnings in. Side note- awesome as it is that she is so good at these things, it totally doesn’t help with our decluttering project. But, as we were leaving the gates we noticed huge bins where you could donate these winnings. I love that we could drop off unwanted winnings and they could make someone else smile! 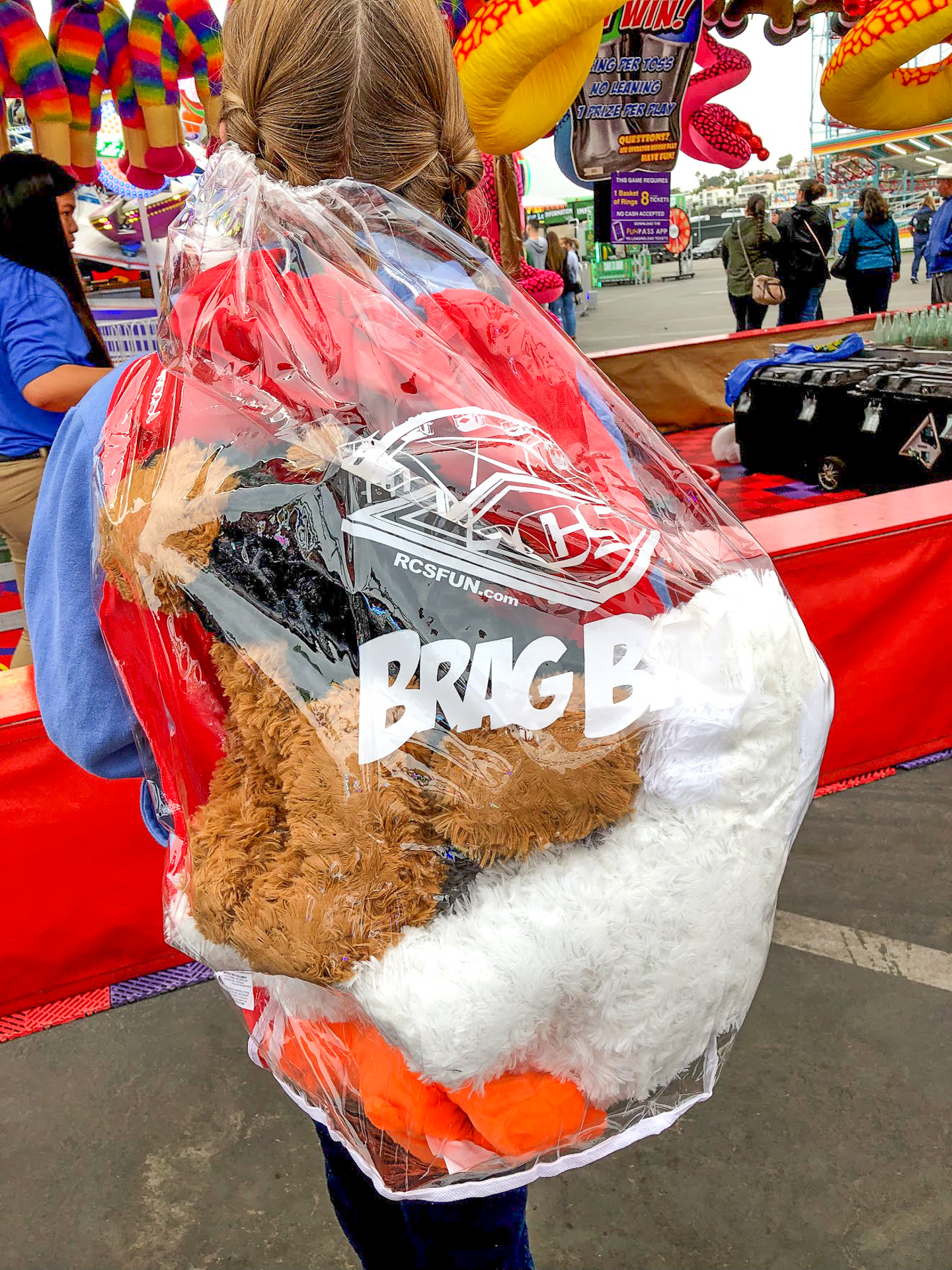 We also tried to really appreciate being so close to the beach.

We knew our time by the sea was coming to an end (8 months FLEW BY!) so we made sure to go for walks every afternoon, take a break to watch the sunset at night and just take in the ocean breeze throughout the day.

There were even a couple of random rainstorms that passed by that graced us with huge rainbows! 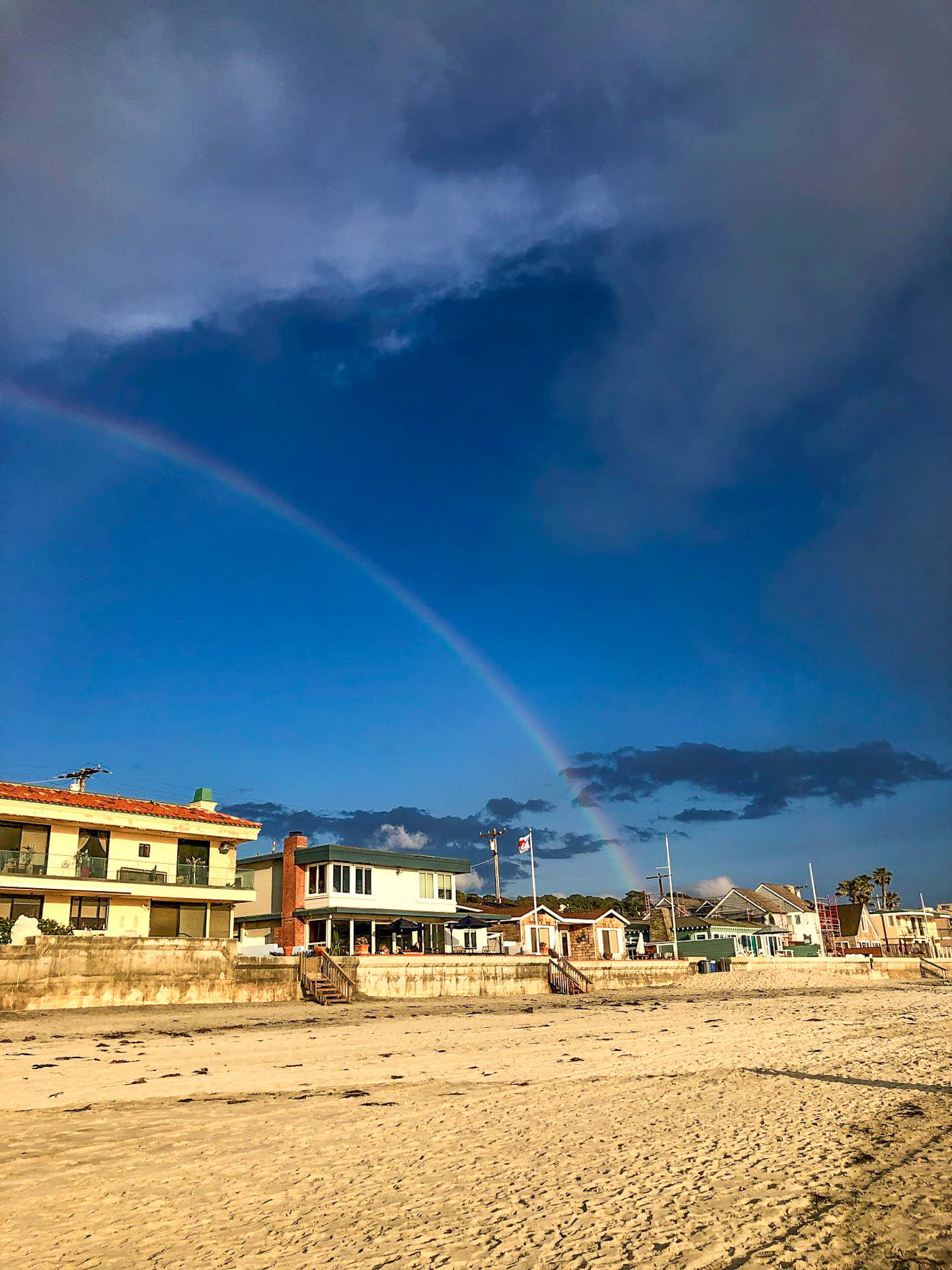 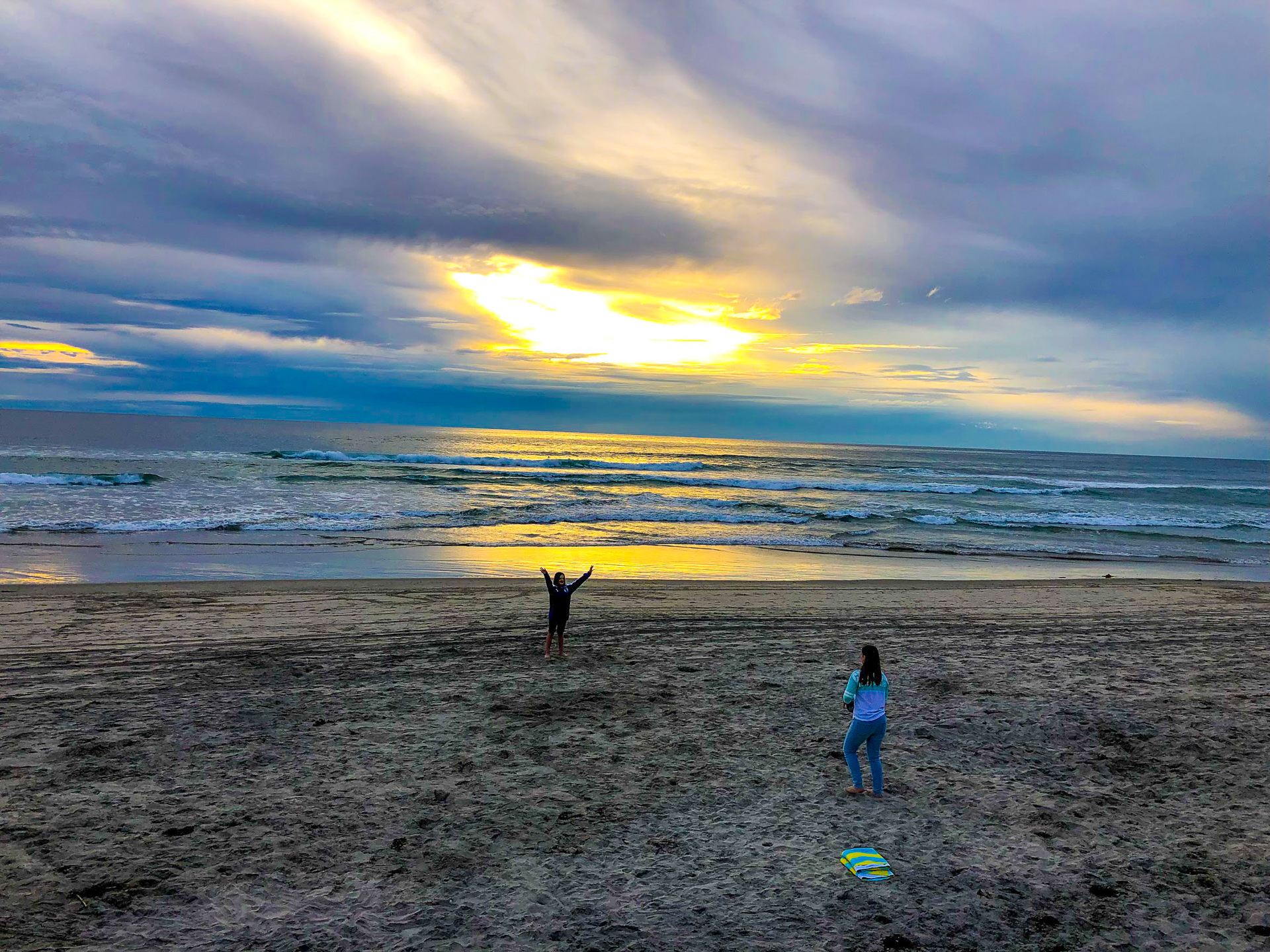 Late spring and early fall seem to bring us beautiful golden hours each night and sitting on our balcony during those minutes every day turned into something that I waited for each day.

It was like a soft landing as night ushered in.

Right before this, Pete and I would catch up about everything that happened over the day and what our plans were for the next day. We have an enormous new project that I think will even trump our current course offerings that we are both are so excited about. We have been throwing ourselves into it every waking, not traveling moment and it has been really fun to have something like this to work towards.

We listen hard to what you all want and need as far as our travel coverage and our online business courses and I think we nailed it as far as being able to provide what we have been asked to offer for a long time now. Fingers crossed that we will have the big announcement this month!

So that was May. It was another great month!

In June we will be launching our next course, moving back from the beach to our home in the country and then heading up to Victoria, B.C. for a month.

We are looking forward to these new adventures!

We are still reeling from our visit to our partner, @disneyland for the opening of Star Wars: Galaxy’s Edge! . . Don’t take our word for it though, take a look at our video and plan your own visit to Batuu! . . Don’t forget that you don’t need a reservation starting June 24th. . . We also have a full write up and pictures: https://itsalovelylife.com/what-to-know-before-you-go-star-wars-galaxys-edge-at-disneyland-resort/ . . #starwarsgalaxysedge #disneyland #galaxysedge

A post shared by Heather&Family ItsaLovelyLife® (@itisalovelylife) on Jun 3, 2019 at 9:39am PDT 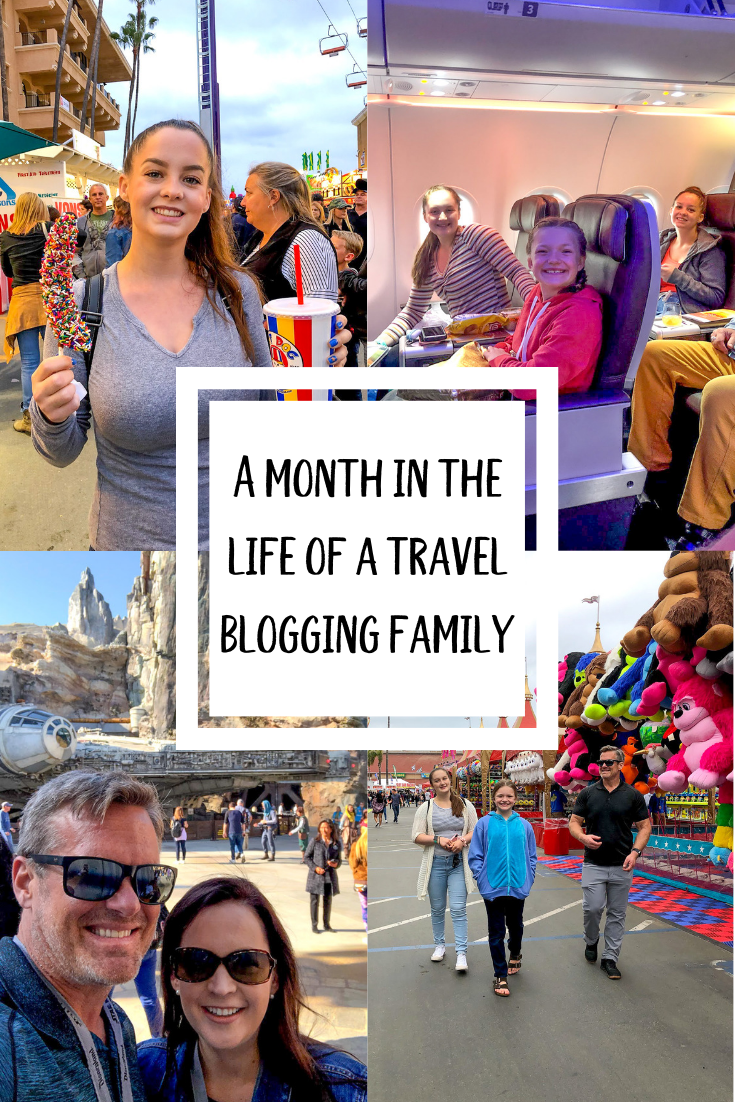