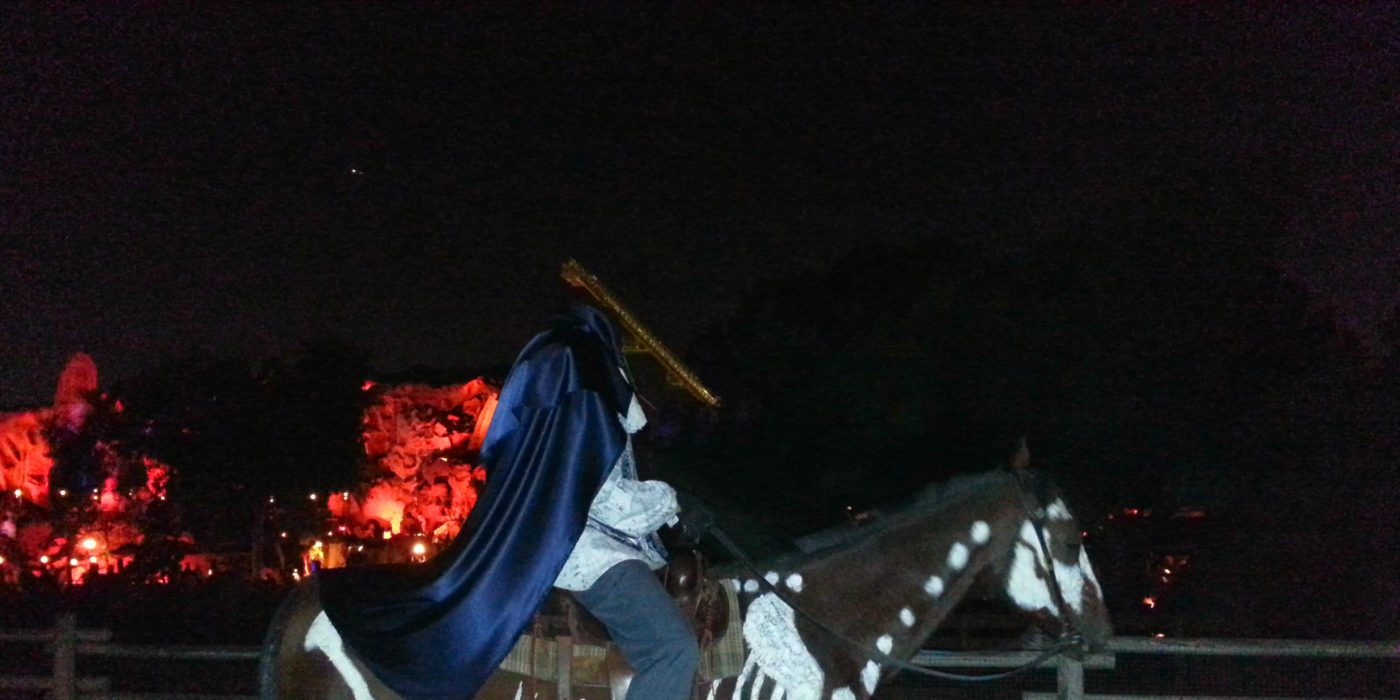 Thank you to Knott’s for the Media Invite to help facilitate this post. We love Knott’s Scary Farm and 2014 was the best year yet! 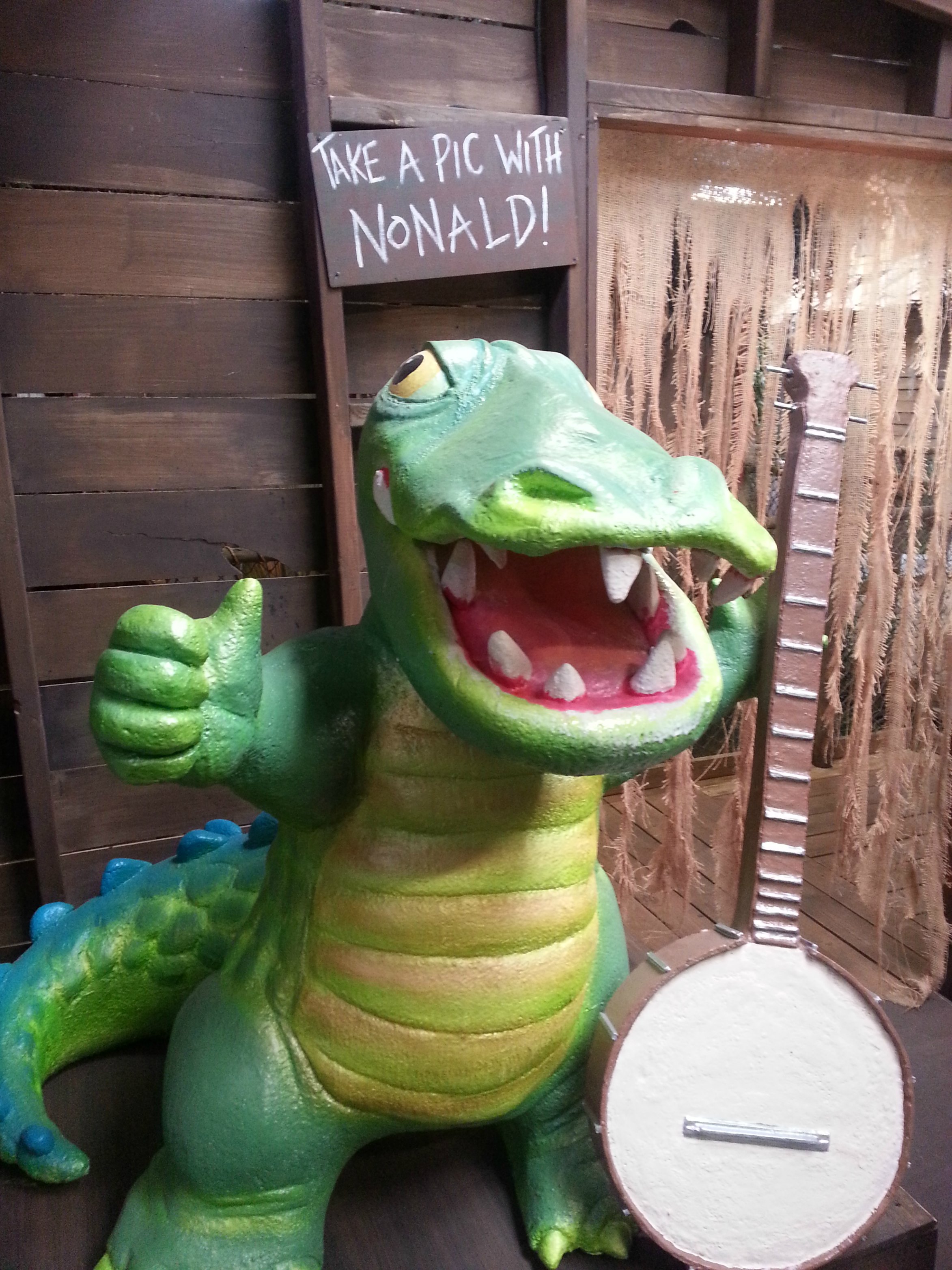 We are on an unofficial mission to visit all of the best Halloween Events in October.

There is no way we could reach this goal without a night at Knott’s Scary Farm. Hands down it’s one of the best scary things to do! From wandering monsters to creepy zombies. This is so much fun… and you will be scared. Growing up in Orange County Knott’s Scary Farm was a way of life for us. Every weekend a different group of friends would go, but I was always too scared. Now  that I have a teen myself that lives for Halloween time I can’t believe I was such a chicken! I now love going and get why everyone always was so excited to go. It is scary, but in a good way. Not too scary, just enough! 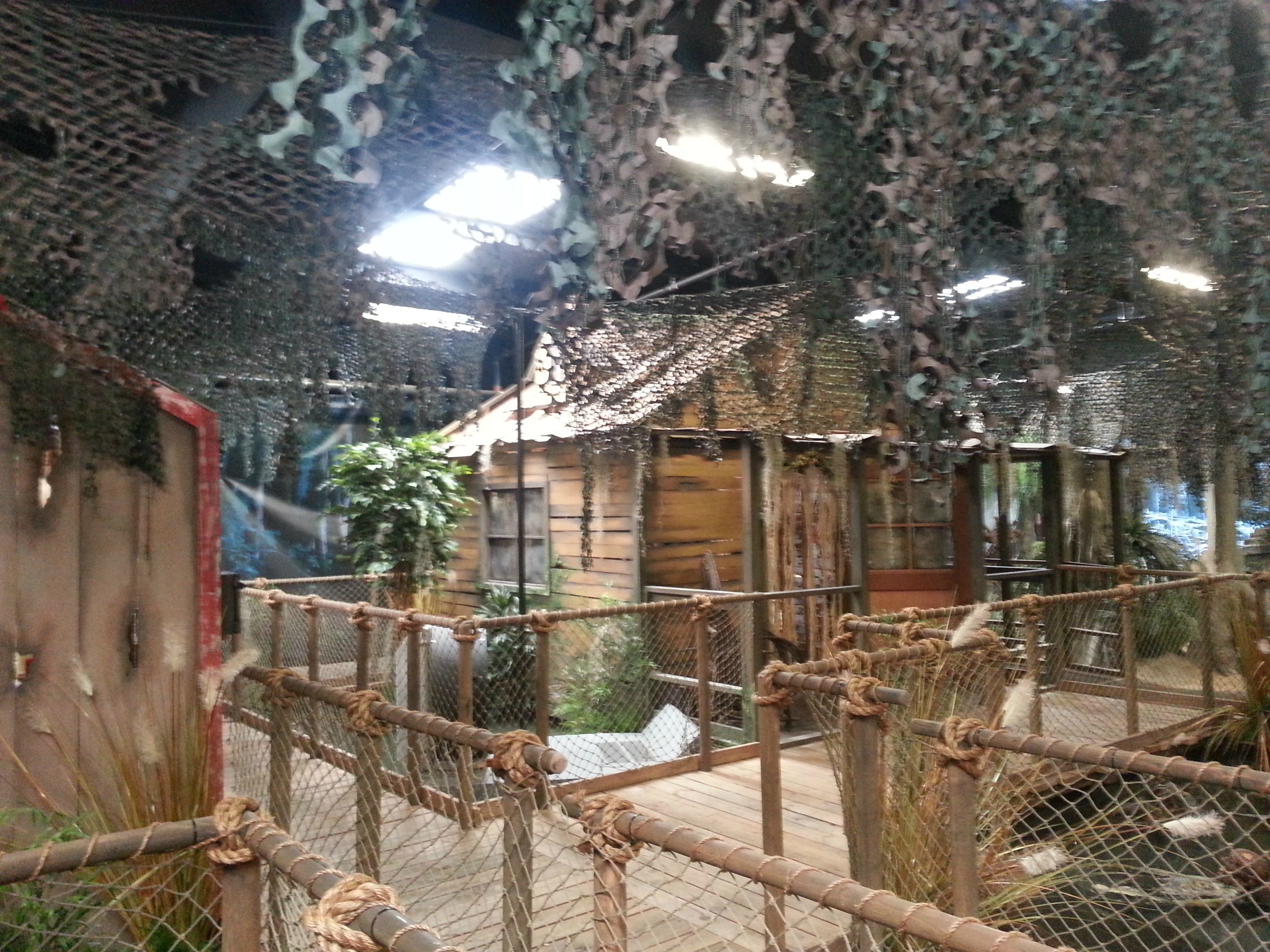 Even if you have gone every year, 2014 is a big year for some new attractions!

We took a tour of Voodoo before it opened for the day. Think swamps and swamp creatures. Think survival. Trudge cautiously through the cursed swamps of the Deep South, where creatures search the murky bogs for their next bloody sacrifice and demons curse the innocent with Voodoo hexes. Guests must choose their path from a number of foreboding choices, resulting in a different terrifying outcome with each journey into the swamp. Not for wimps. {PS. I’m  totally a wimp but I survived}.

The Tooth Fairy . My teen LOVED this one! The joy of hiding a lost tooth under the pillow becomes a nightmare of pain and blood in this new maze that will leave teeth chattering.  This twisted tooth fairy steals more than just baby teeth as he drags his victims out their bedroom window and into a world of deranged dentistry.  Unbelievable special effects include a blackout room through which guests must feel their way out, a disorienting x-ray strobe light room, and a final encounter with the massive tooth fairy, himself.  Say aahhh.

Trapped. Just the name gave me nightmares. This year Trapped returns with more rooms, more intricate puzzles and a shocking finale more extreme than any experience ever presented at Knott’s Scary Farm.  You become part of the terror and are forced to face your darkest fears, confront your inner terrors and descend into the madness of a maze with no way out.  Trapped is not for the squeamish as the challenges are darker and more terrifying than any that have come before.  (Additional fee and reservation required.) 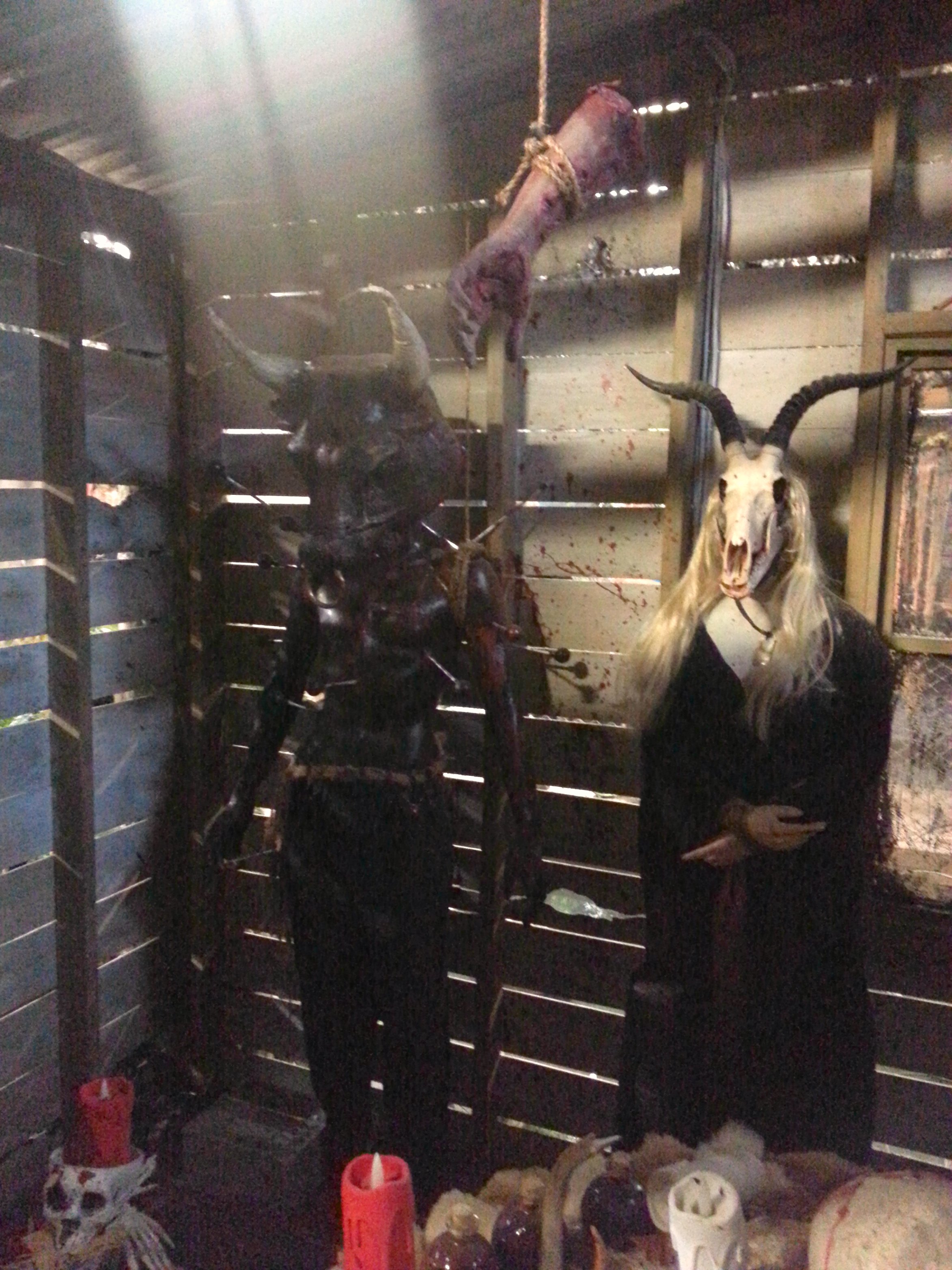 Knott’s Scary Farm is far more than a collection of haunted attractions.

Every night monsters spill out onto the streets and turn theme park midways into murderous scare zones.  From the world famous Ghost Town Streets to the Boardwalk area filled with evil clowns, there’s nowhere to hide in Knott’s Scary Farm.

Ghost Town Streets is the original and still most terrifying scare zone that started it all.   Bands of half-human, half-animal monsters prowl the streets and inhabit the fog, and beware the notoriously startling sliders, who lunge from in every fog-filled corner of the land. Just beyond the streets of Ghost Town lies the mysterious outcropping known as Gypsy Camp, where fortune tellers prognosticate future terrors, and ravenous werewolves howl in the light of the moon. 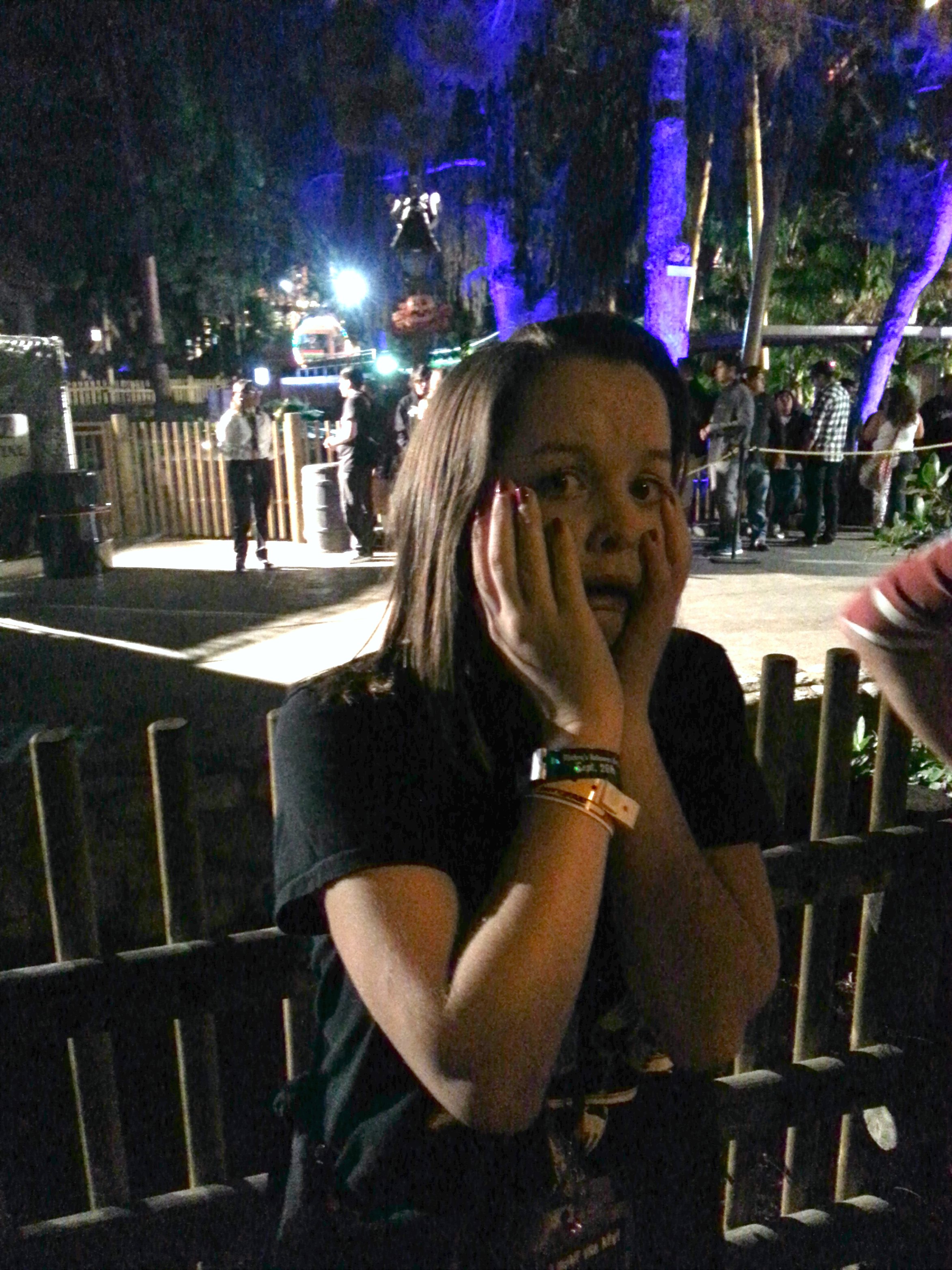 Hunt Zombies in an All-Out War. This was like laser tag after a huge caffeine and sugar laden drink. It was awesome!

This ambitious new attraction is the first of its kind in North America and will challenge guests to exterminate the infestation of zombies who threaten mankind’s existence.  Armed with specially designed laser guns, brave groups of Knott’s Scary Farm guests will embark on missions, led by their Squad Leader – a loud mouthed, take-no-prisoners commander charged with turning guests into soldiers.   Groups must work together to fend off zombies and complete various missions before time runs out.  If zombies drag their bodies too close, the un-infected’s guns temporarily deactivate, compromising the safety of the entire team.  Soldiers with the deadliest aim will be celebrated with a tally of the number of zombies killed on a display board for other survivors to see each night in base camp.

Special Ops: Infected seamlessly integrates interactive gaming technology with an immersive mountainous landscape, delivering a breakthrough interactive haunted experience that is as terrifying as it is challenging.  Missions will take guests through a variety of wilderness terrains, including the unpredictable barrel bridges across the rushing river, through the dark caverns, and through mysterious backwoods.  Six acres of the beloved theme park is now home to mutinous, scream-inducing zombies, and the time has come for a harrowing Special Ops survival mission. 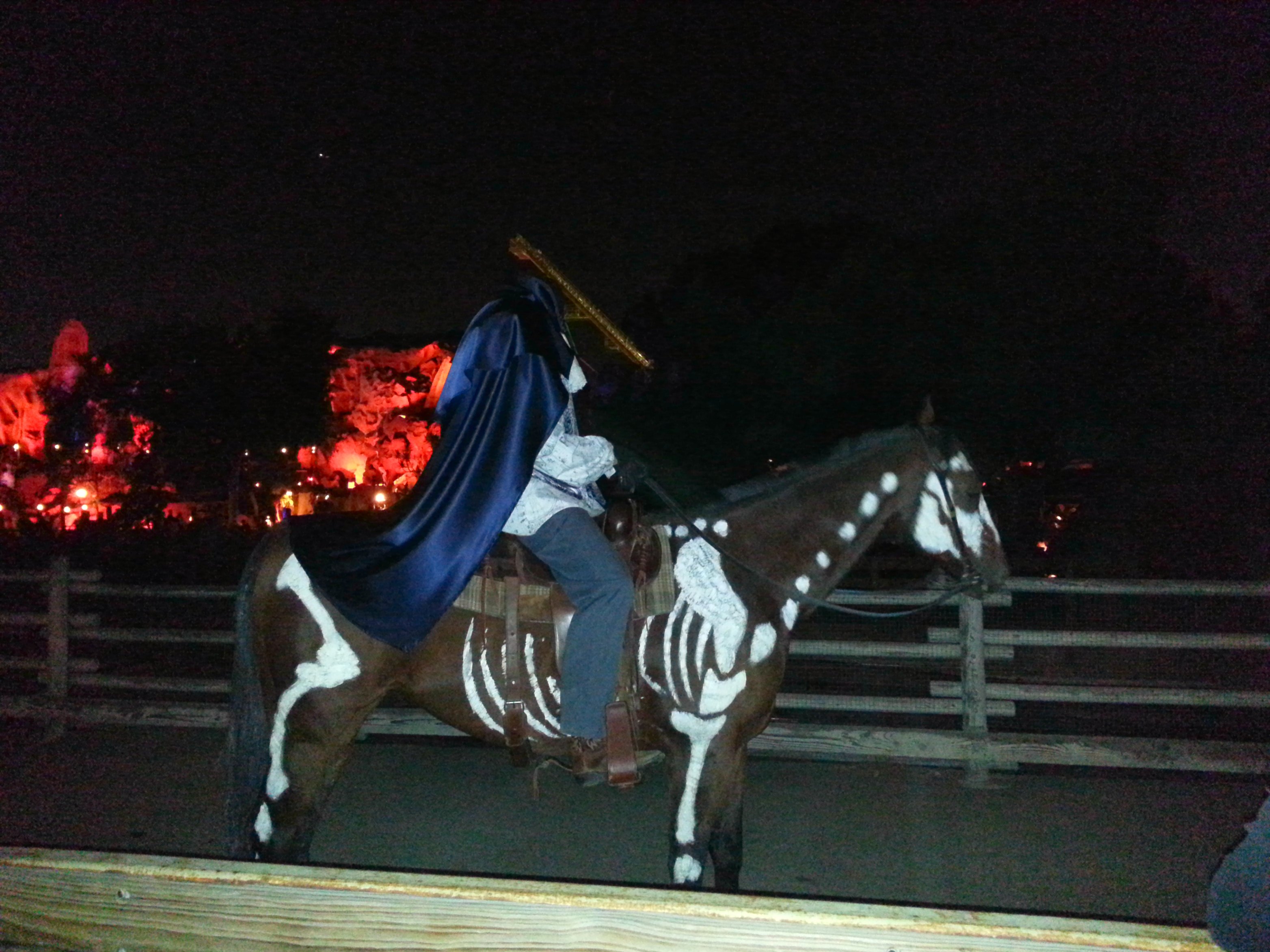 Oldies but goodies that make Knott’s Scary Farm so cool!

Trick-or-Treat: Trick or treat, which will it be?  Step forward and ring the witch’s doorbell.  You can come away with a treat, but is it worth it?  Featuring a high flying finale and new scares in the witch’s dining room, this fan favorite is back for its third year of fear.

Black Magic: The veil between the living and the dead is severed when Houdini’s ghost materializes during a séance and ushers a host of demonic illusions to play tricks on anyone who intrudes on his theatre.  Back for its second year, Black Magic was one of the most popular mazes in its debut season last year.  Guests will find new magic and even more monsters inside the ominous theater in 2014.

Forevermore: The twisted mind of Edgar Allen Poe comes alive as the “Forevermore Killer” works his way through one haunting tale after another.  Back for its second killer season, Forevermore is one of the longest mazes ever created for Knott’s Scary Farm, and features richly detailed story lines and scenery.

The Gunslinger’s Grave: Return to the Old West and walk in the bloody footsteps of a betrayed and left for dead gunslinger on his path of retribution against a corrupt township.  You may have visited Knott’s historic Ghost Town, but it’s not until you’ve followed the blood lusting gunslinger that you know the real dangers that lurk in the old west.

Dominion of the Damned: The Blood Queen’s reign has ended, but the seductive vampires continue to lure unsuspecting guests into this gothic lair of terror.  Guests’ thirst for this bloody maze was unquenchable last season, and it returns with an unbelievable new finale.

Pinocchio Unstrung: Years have passed since the blue fairy denied him his final wish, but Pinocchio has returned with an army of murderous marionettes intent on killing his former masters. Revenge comes with no strings attached.

The Witch’s Keep: Many years ago, The Green Witch uncovered a wicked source of power in the depths of the Calico Mine, and now she’s hell-bent on using this mysterious energy to capture and corrupt all who dare enter!  With newly enhanced show scenes, lighting, and special effects, this not-too-scary mine train adventure is perfect Halloween fun.

The Hanging®, a live stage show in Calico Square irreverently looks back at the year’s pop culture with killer comedy. Notorious for its special effects, pyrotechnics and high-flying stunts, The Hanging is a no-holds-barred assault on pop culture’s most infamous moments of the past year.  A must see parody! 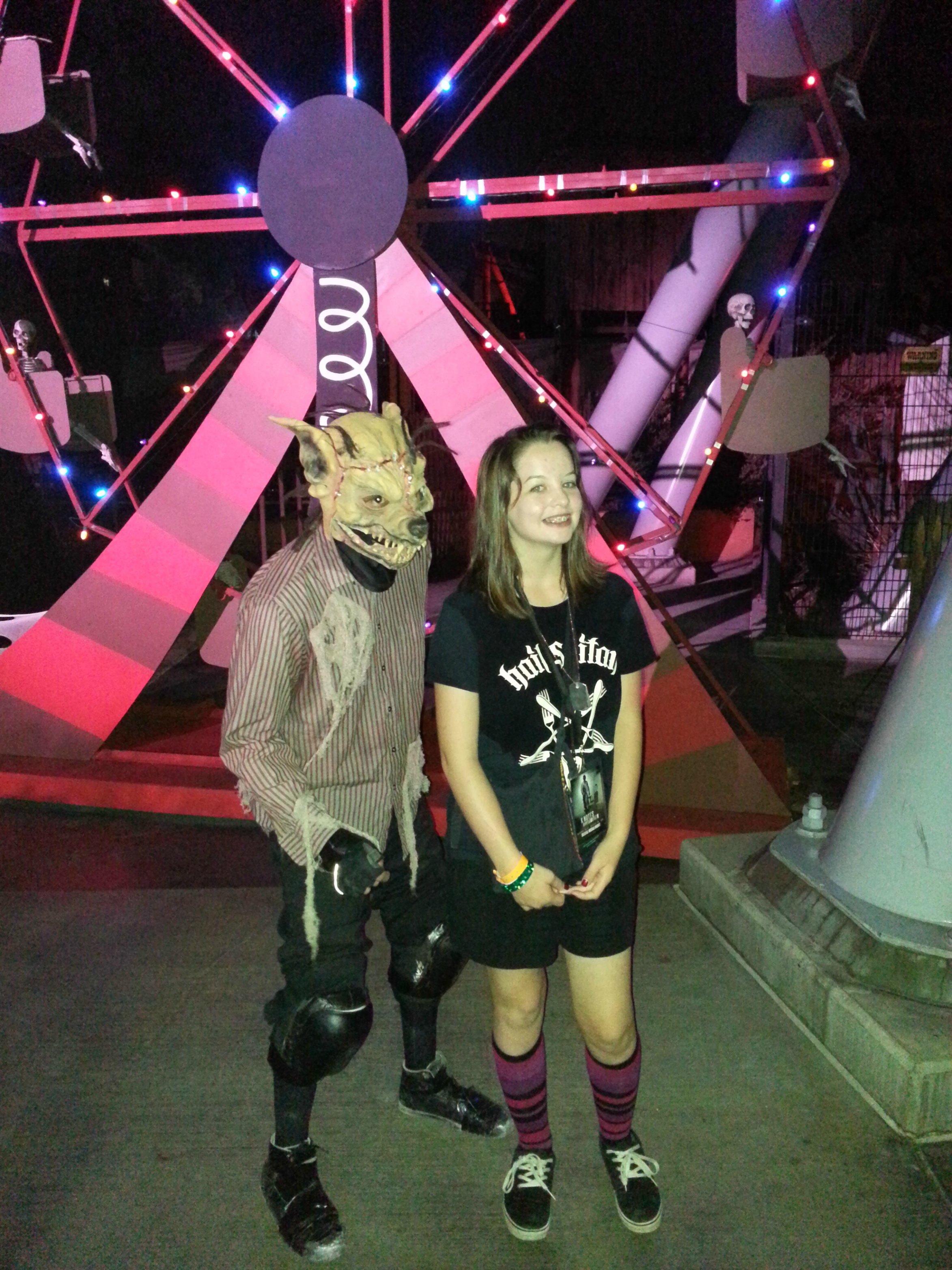 New for 2014, Knott’s debuts the Knott’s Scary Farm Pass, offering unlimited visits to all 24 event nights. Only a limited number of passes are now on-sale to current 2014 Knott’s Berry Farm Season Passholders for $65 (plus applicable taxes and fees) exclusively online at knotts.com.  On August 18, Knott’s Scary Farm Passes will be available for the general public to purchase online for $75 (plus applicable taxes and fees, while supplies last).

Fright Lane with Skeleton Key offers unlimited priority access to nine mazes and haunted attractions all night long.  The Skeleton Key, which is included with all Fright Lane passes, “unlocks” a secret extra room inside of five mazes. Guests also receive a commemorative lanyard and collectible keychain.  Fright Lane with Skeleton Key passes start at $65.00. (Separate theme park admission required, and not included). We did this and it was co worth the added cost. You can pack so much more into your night with it!

What is your favorite Halloween time activity?