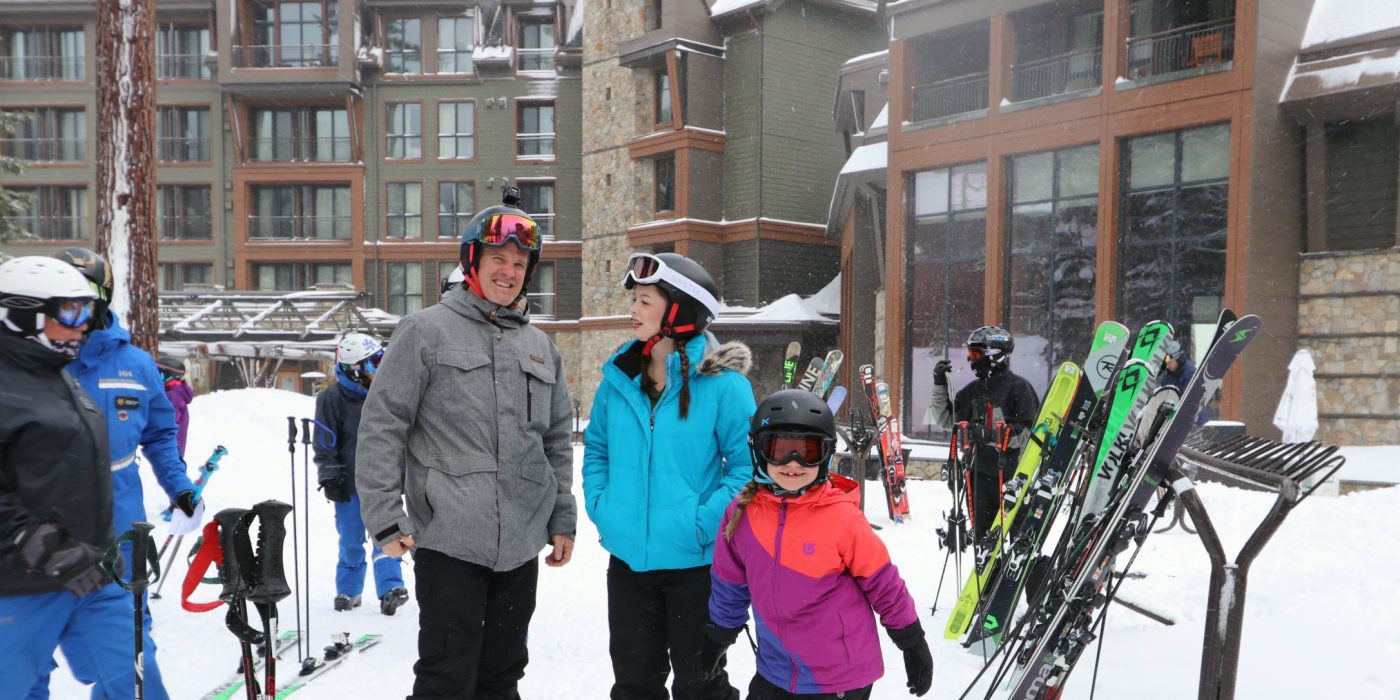 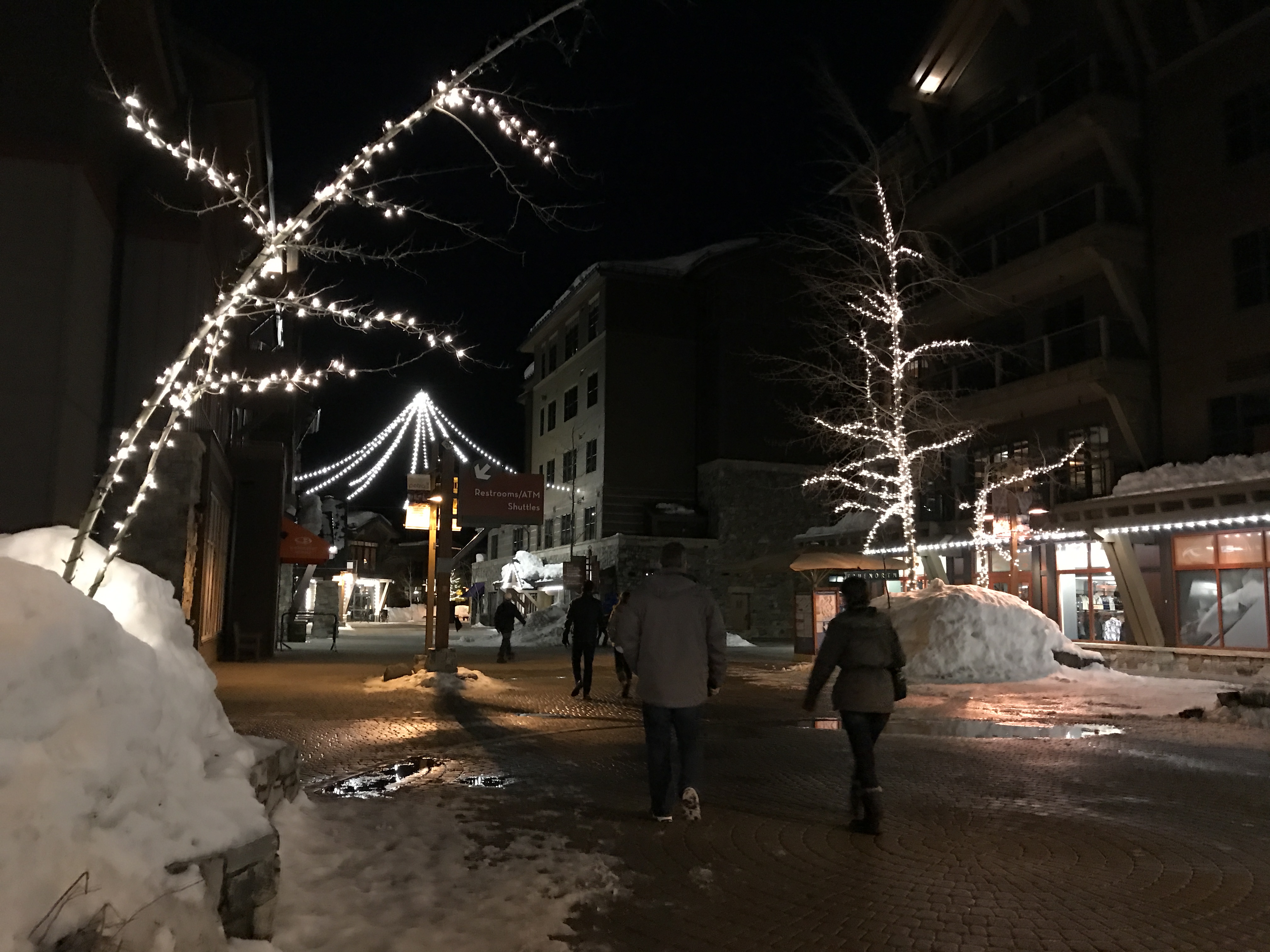 The second half of our adventure in Lake Tahoe, hosted by our friends from Kia, was magical. There is no other way to describe it. From snow falling to skiing and snowmobiling, it was an epic winter adventure!

I’m picking back up where I left off on my last post. After snowmobiling, we headed back to the hotel for a couple minutes of downtime. Ash was still not feeling great so she stayed back at the hotel and the rest of us went out to dinner. We rode a gondola down the mountain and stepped foot into a fairytale setting of sparkling white lights, snow-dusted trees, and a dinner to remember. 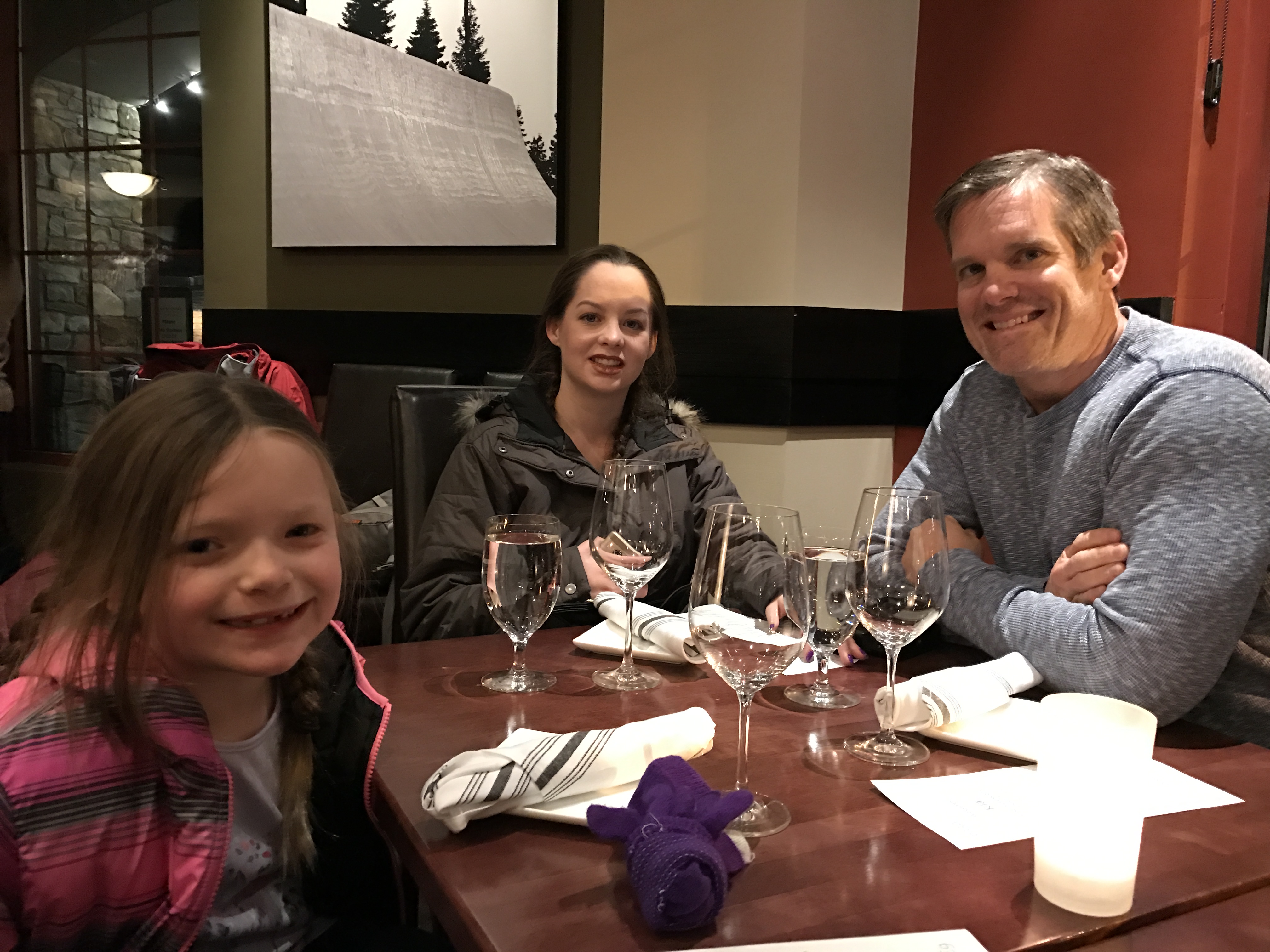 Emmy could barely stay awake so I took her outside at one point to enjoy the fire. I was thinking the shock of the cold outside coupled with the warm fire and beautiful setting would wake her up just enough to stay awake for dinner and I was right! It worked like a charm! 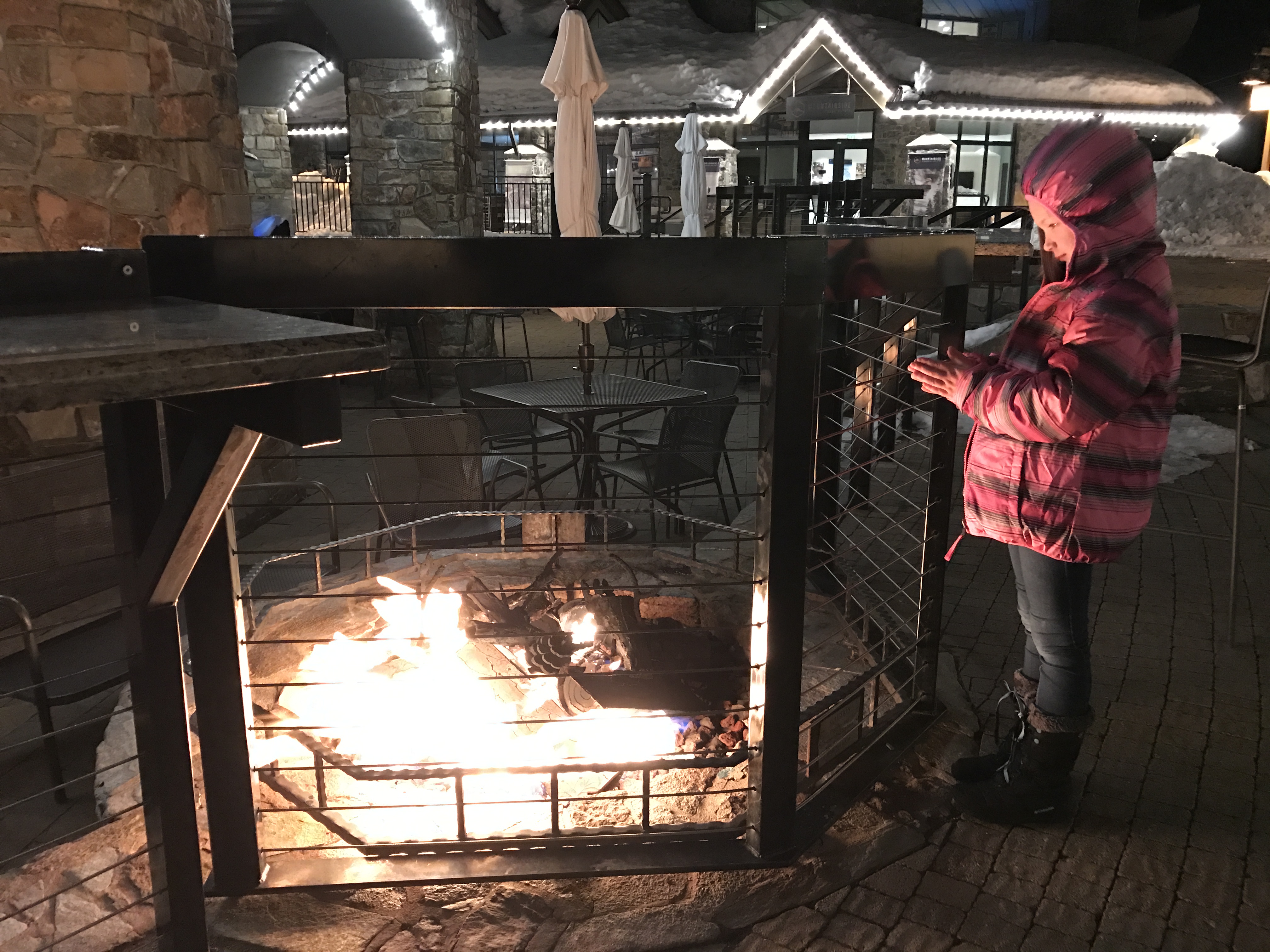 We all fell asleep the second our heads touched the pillows and woke up to SNOW! 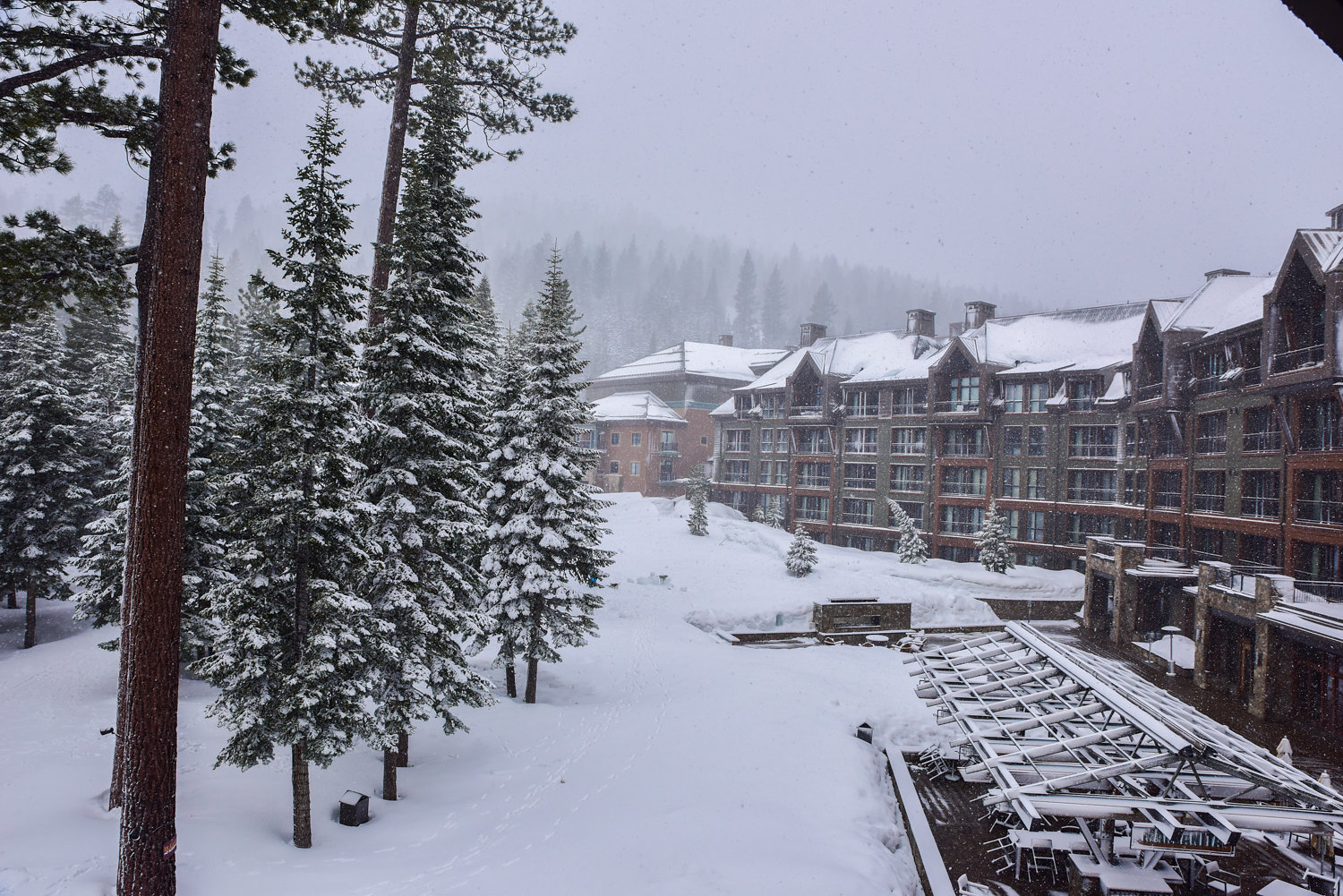 The snow fell off and on all day and we would get glorious breaks where everything melted away and then it would pick back up again. It wasn’t bone chilling cold either, instead, it was just the right amount of chill to feel like we were indeed in the mountains. 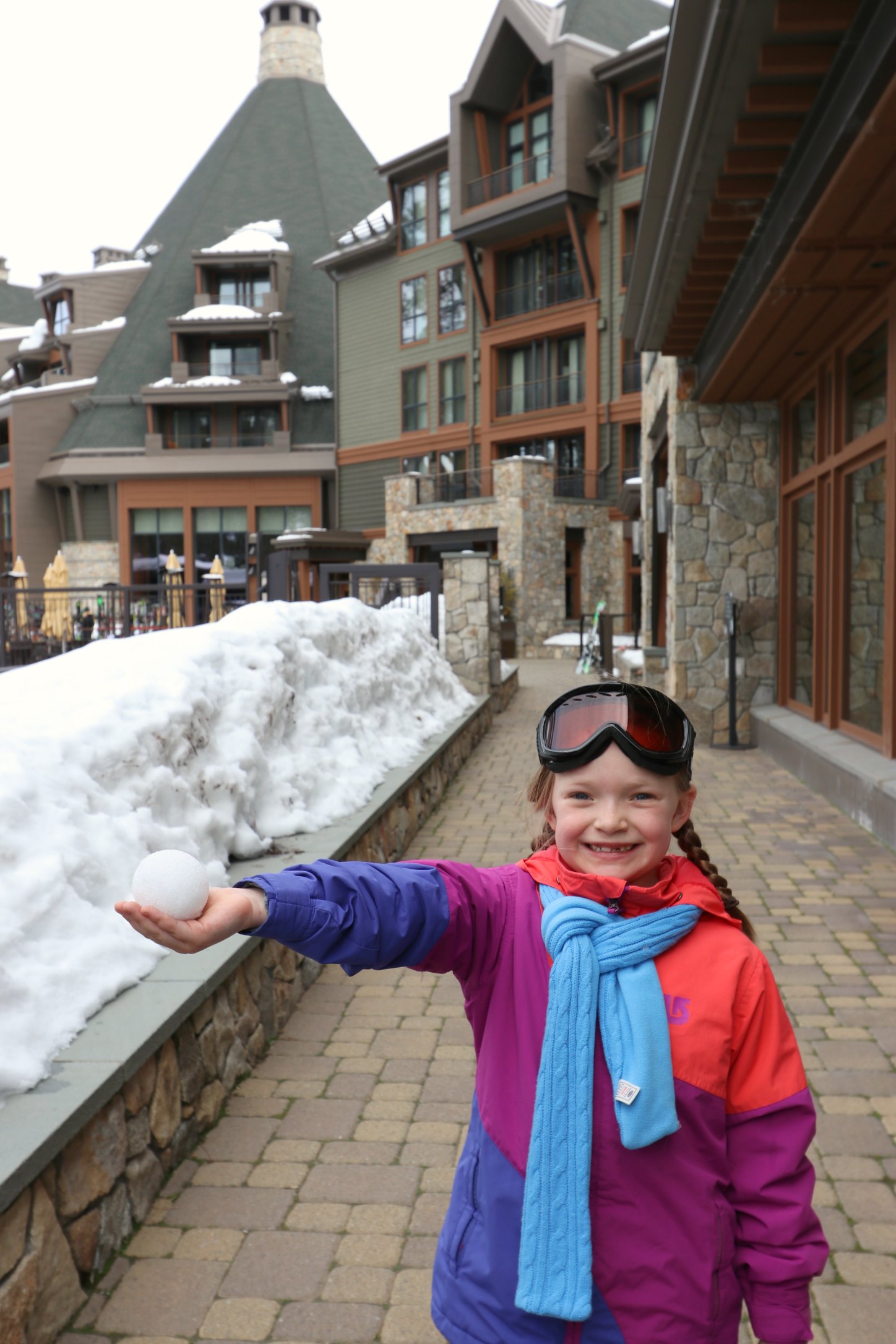 Soon it was time to go skiing! I’m afraid we are spoiled for life after this experience. Not only was there a ski valet that took care of boots, skis and everything else, our boots were even warmed up and waiting for us the whole time we were there. 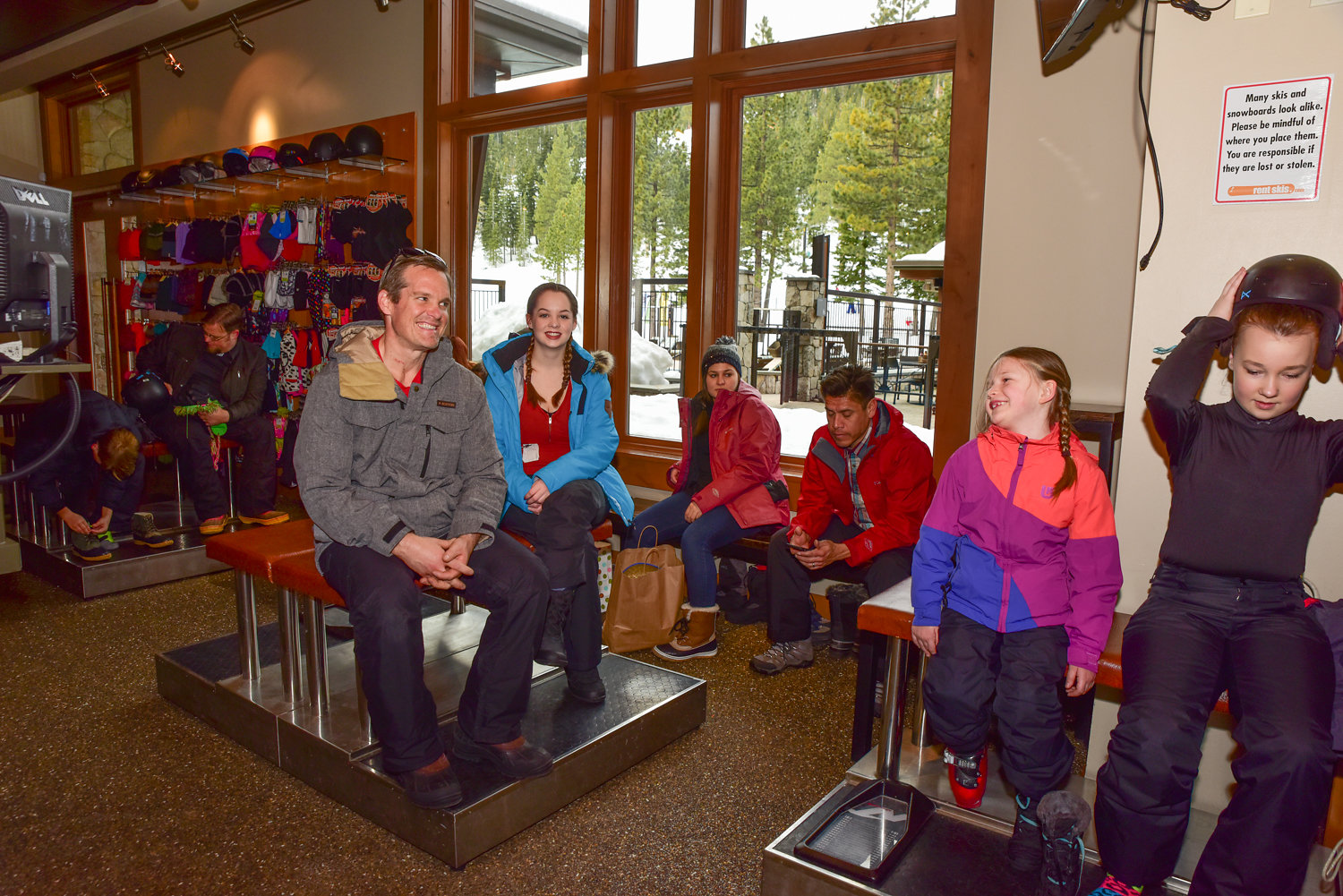 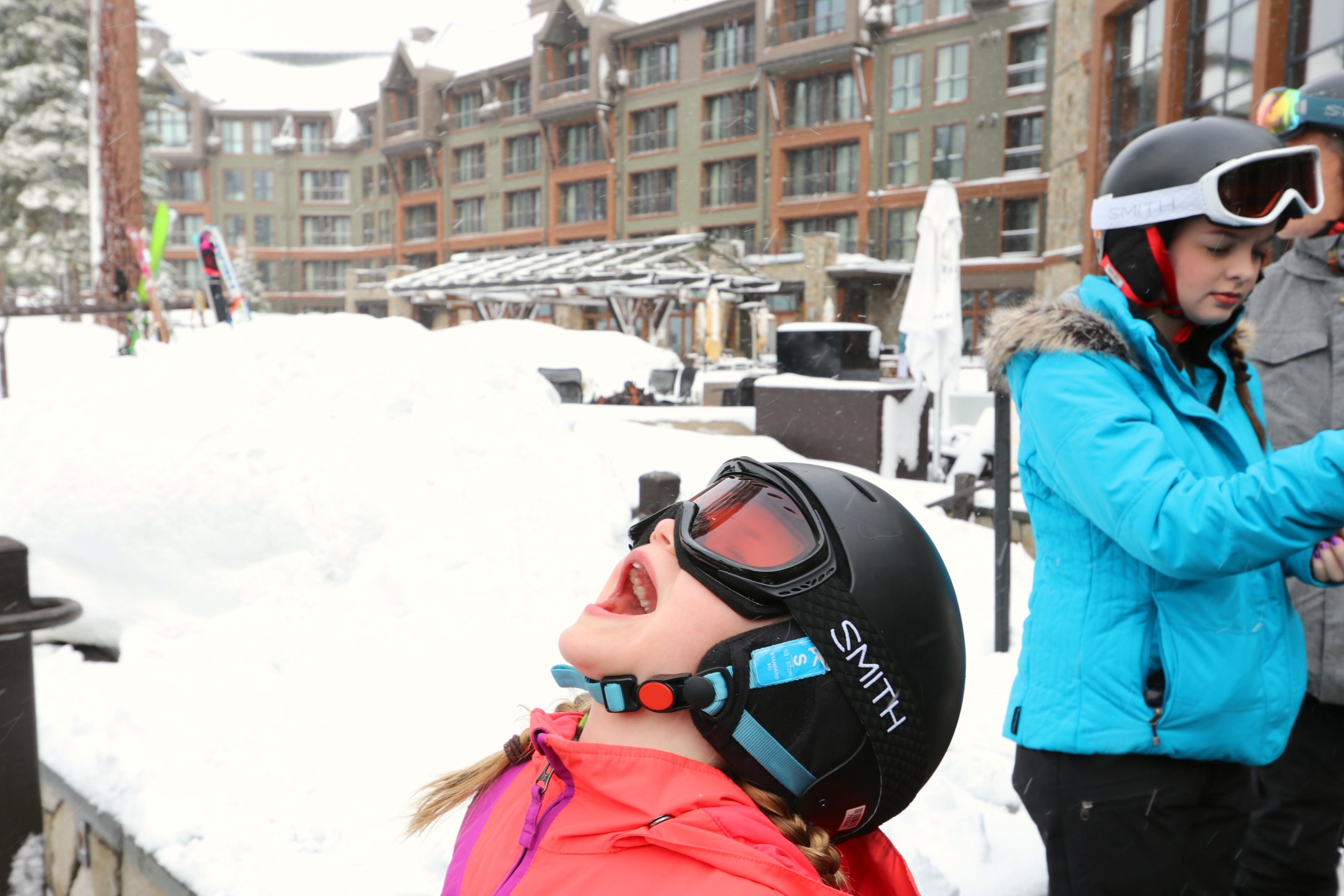 75% of my pictures have Emmy trying to catch snow in her mouth. This kid was ready to move to a snowy place after experiencing a day of snowfall and skiing! 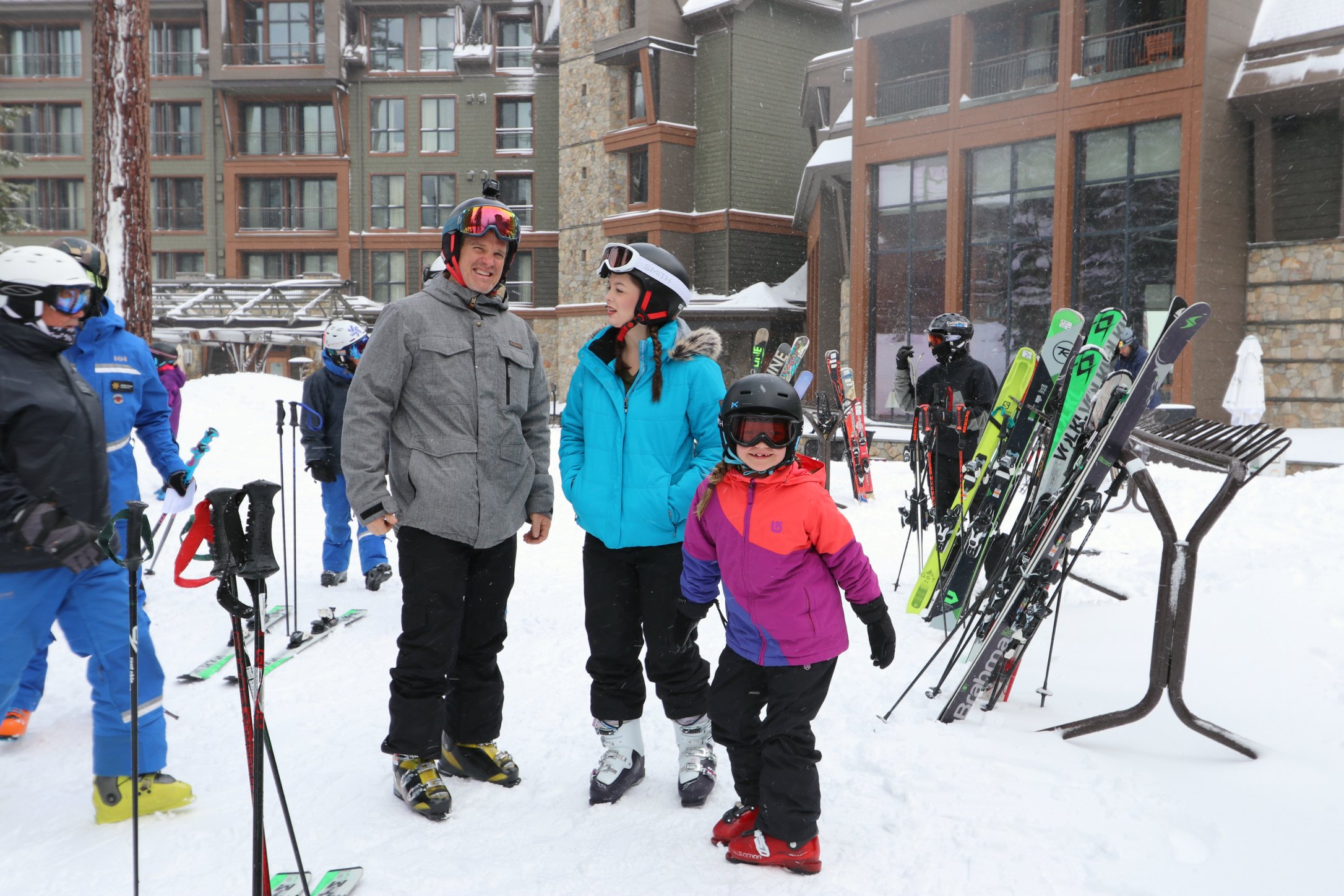 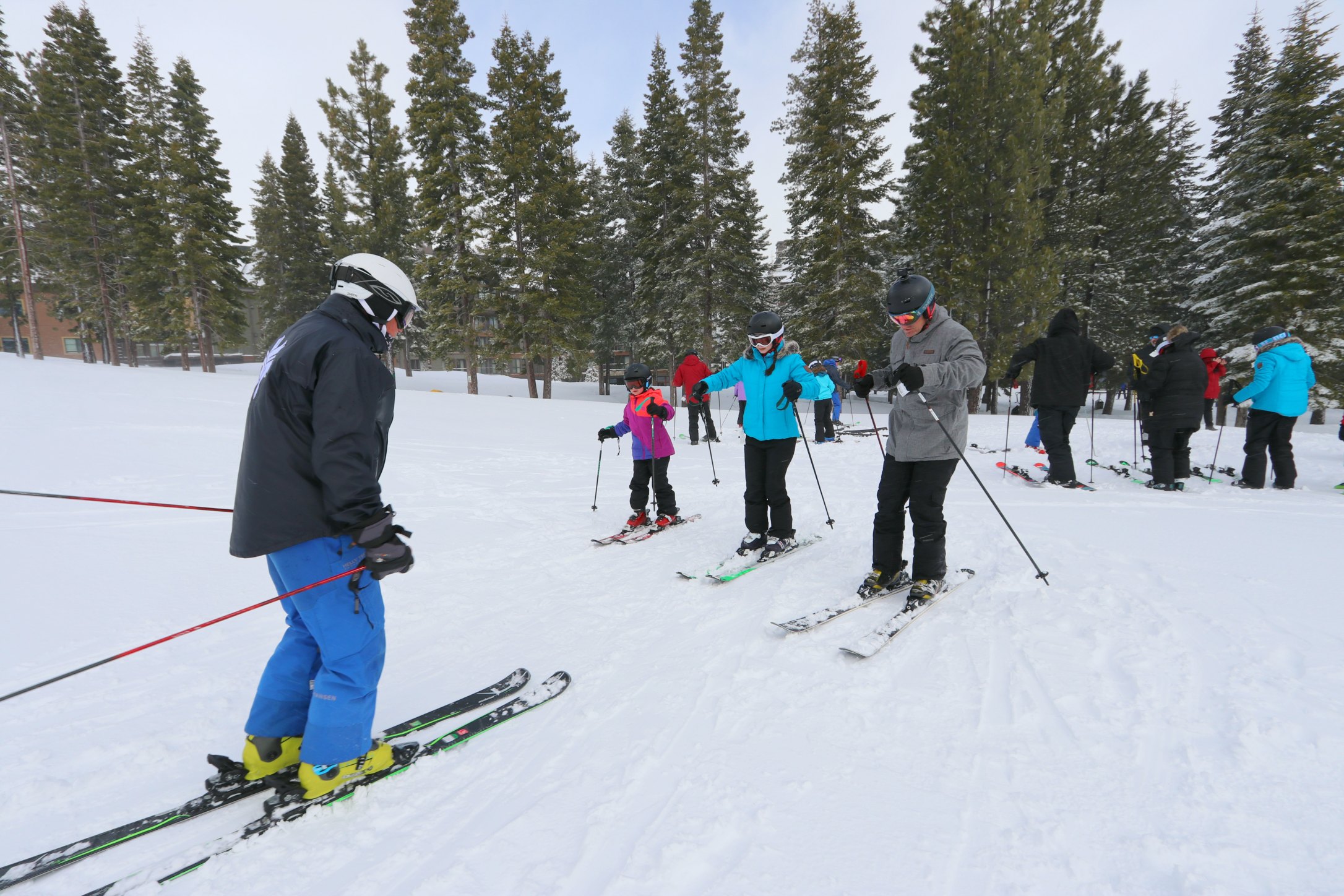 I think Pete took the prize for the most enthusiastic skier, though. After the girls and I settled in for hot drinks in the lobby, he took off for more advanced runs and skied the entire day away! 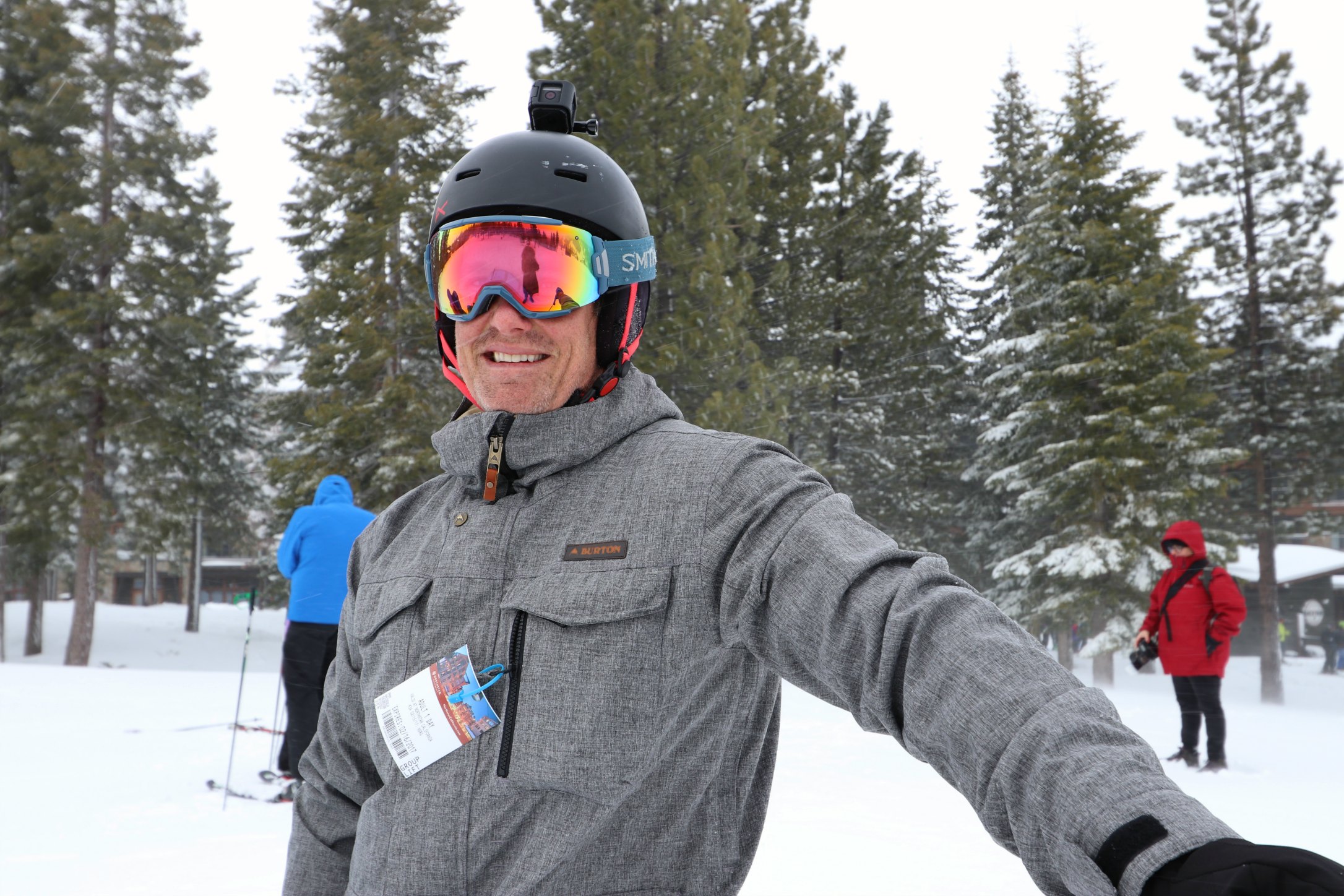 Ash even made an appearance to enjoy the snow. 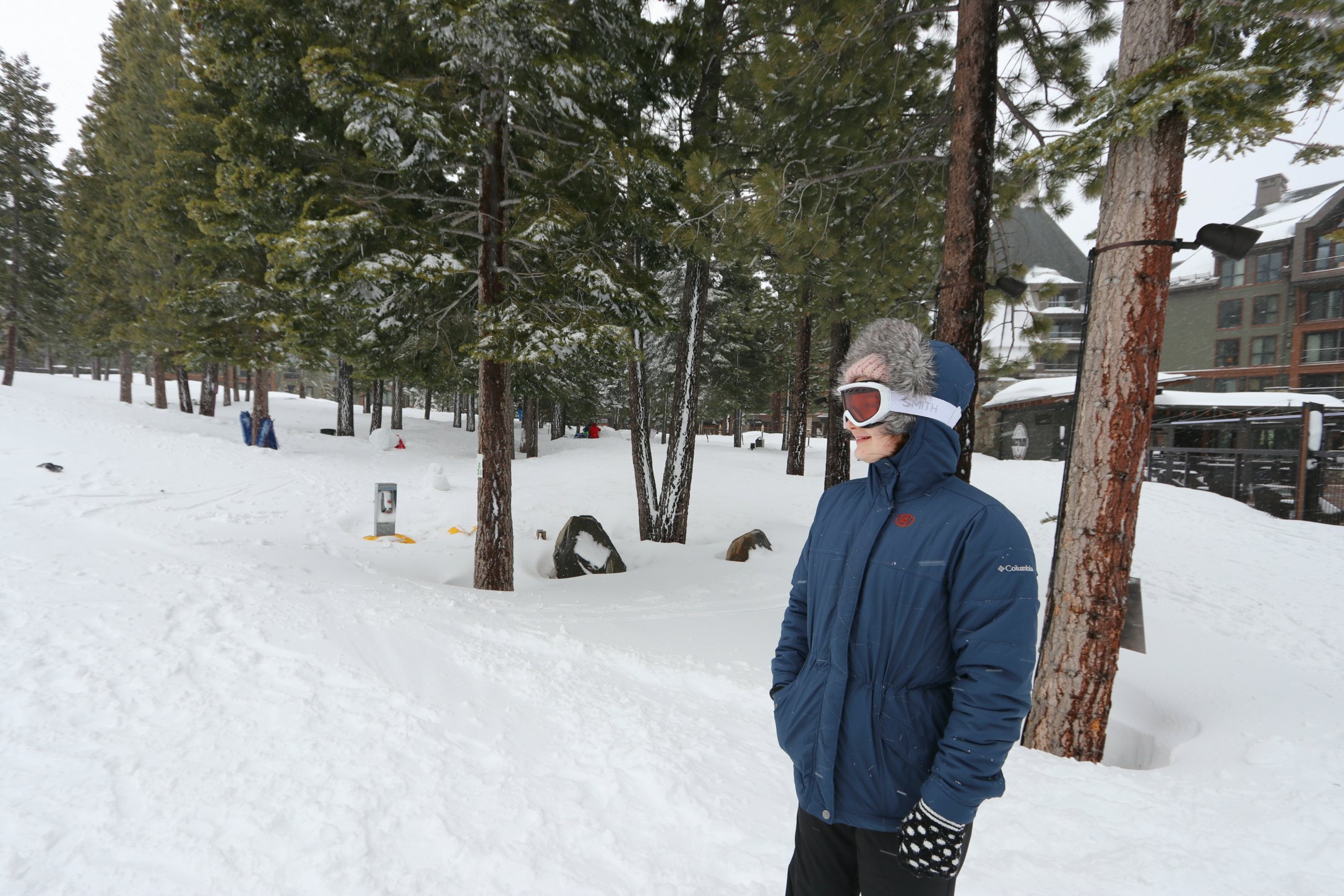 I was completely in love with this little spot right outside the ski area. Warm drinks and snacks are my thing. 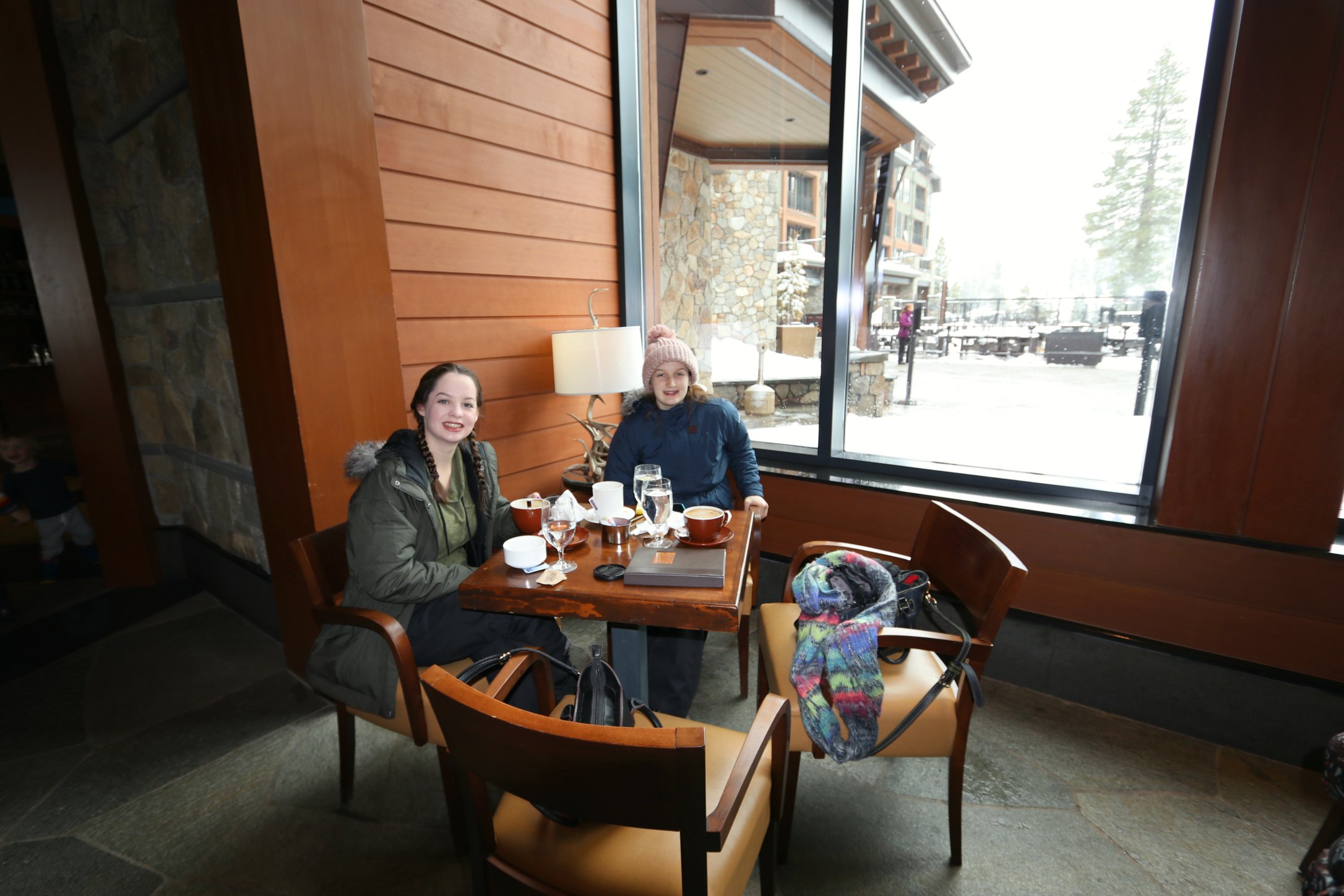 The relaxing didn’t last too long and everyone was back in the action with snow tubing! 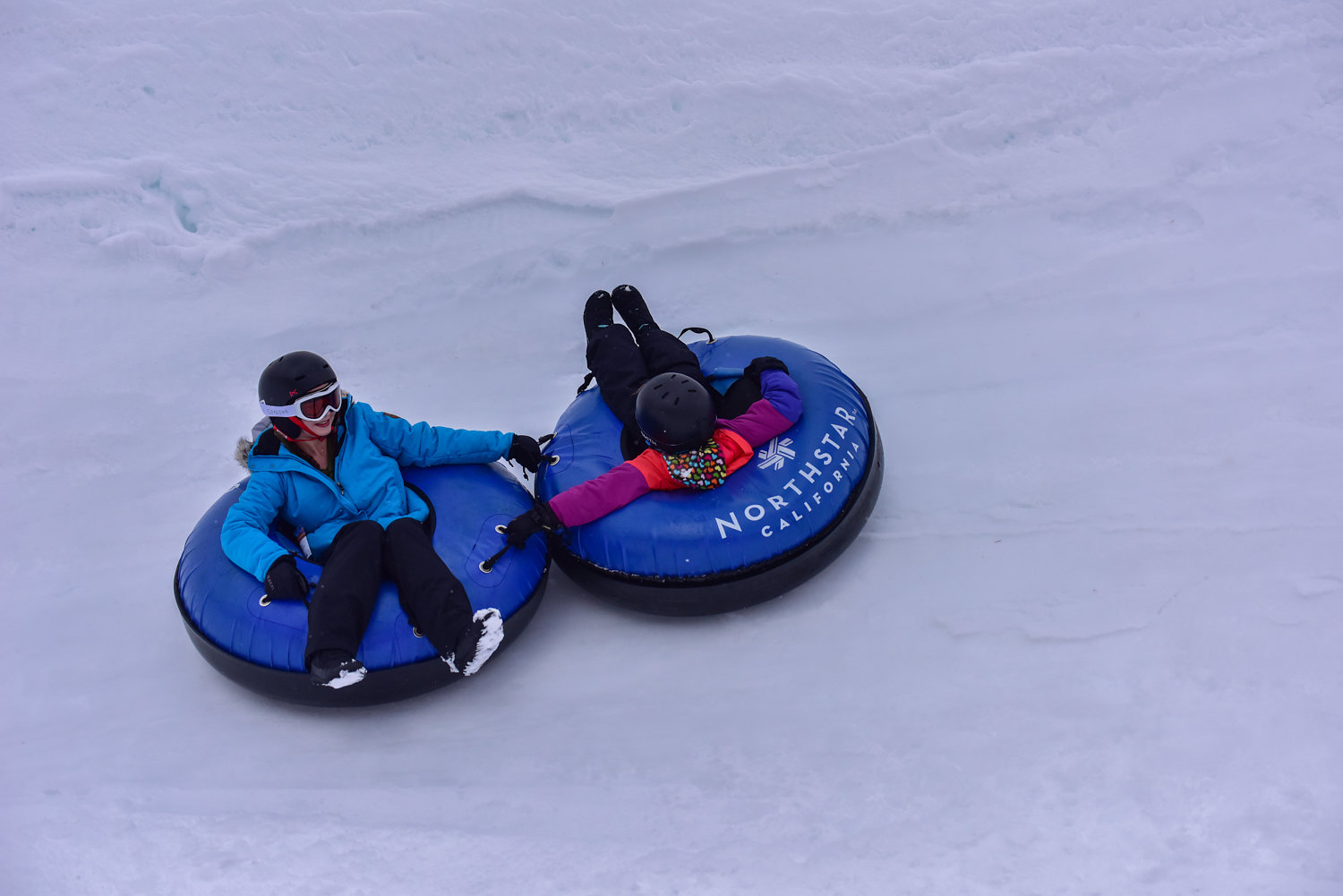 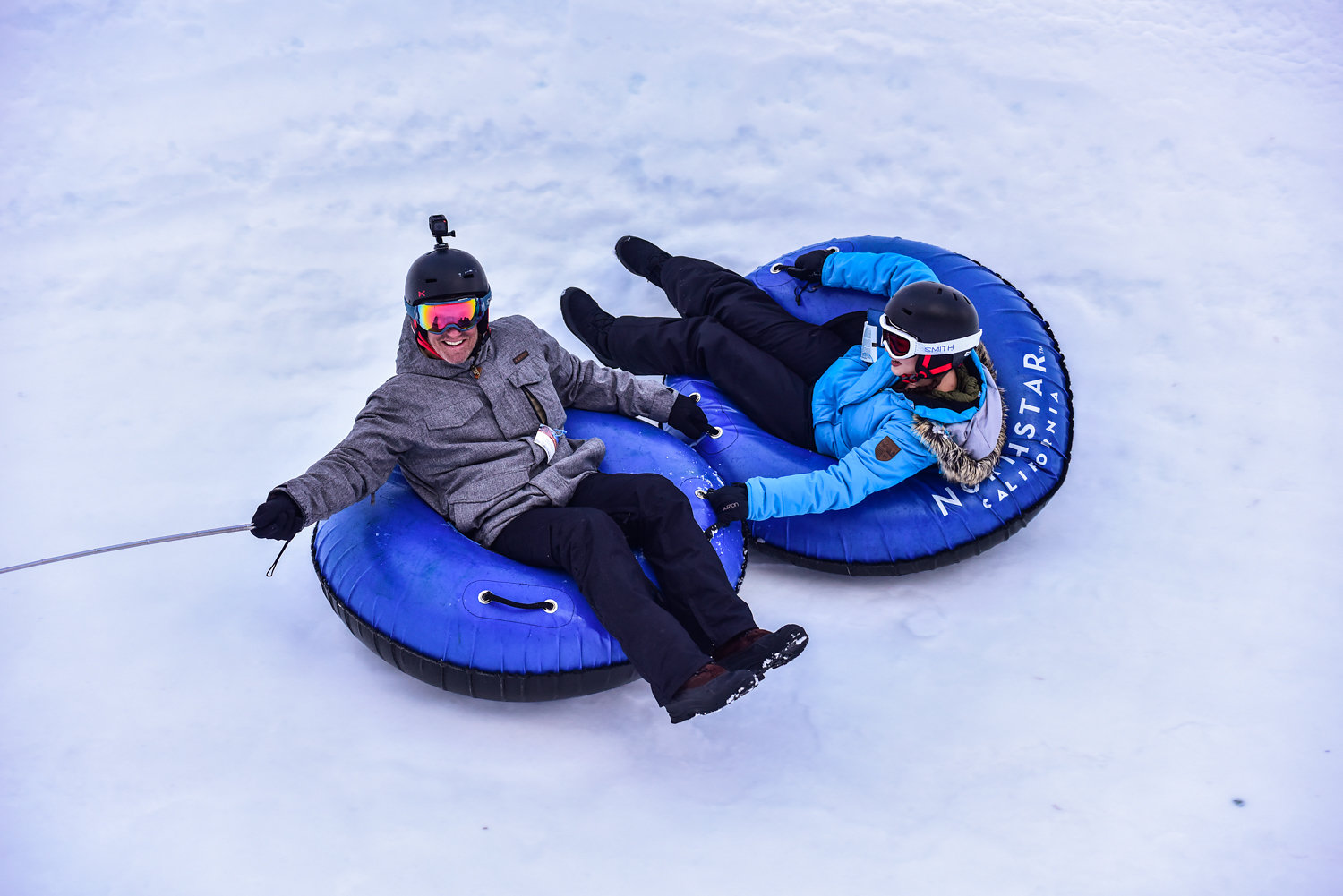 Their faces say it all! Snowtubing=fun for the whole family times 1,000! 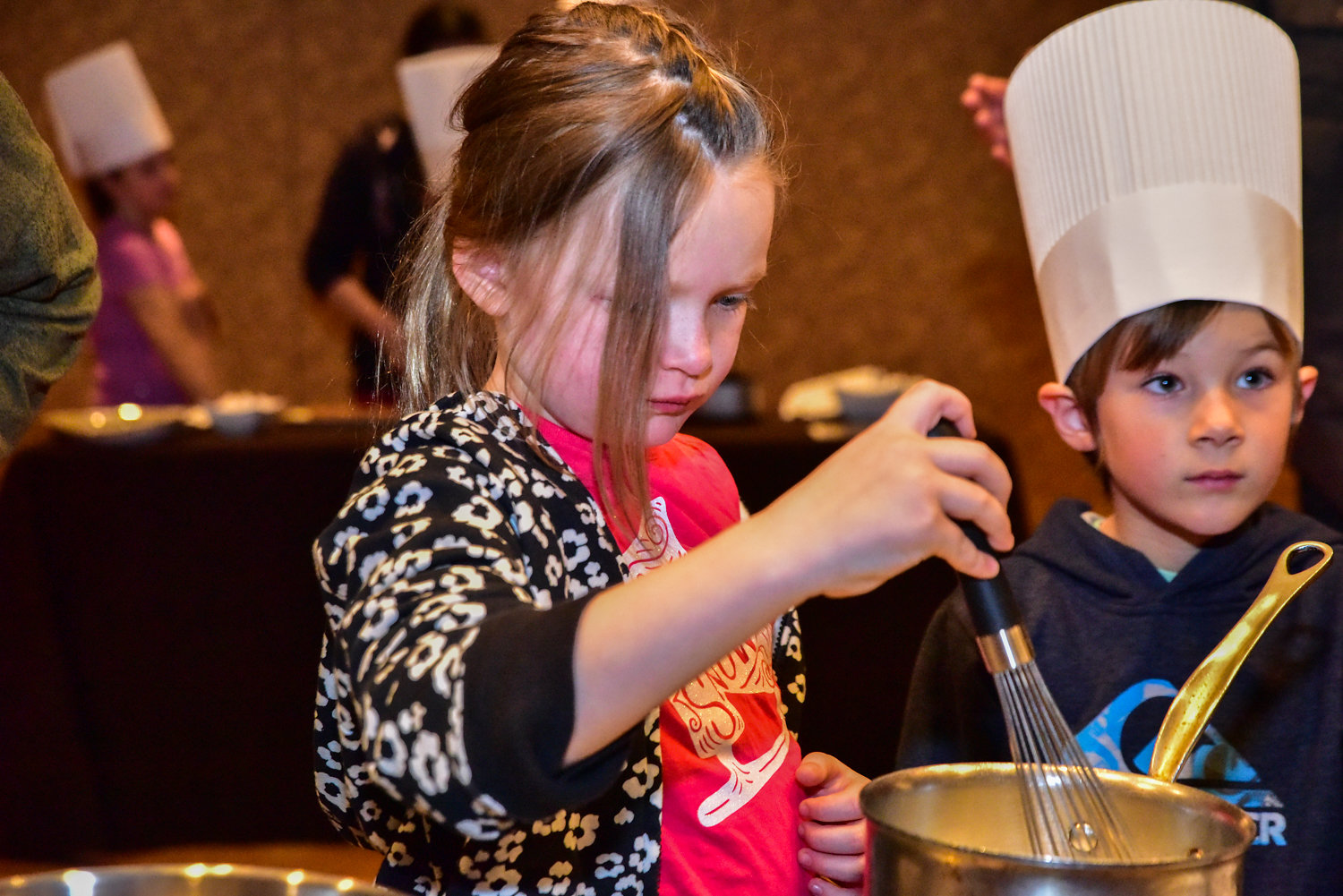 Before we knew it our adventure was coming to an end. There were huge sad faces, lot’s of hugs  see you later and recapping of all the fun we had, but not before the mother of all parties. Kia just thinks of everything. When we get into any of their vehicles we think of how solid, reliable, luxurious, tech savvy and comfortable it is and the party this night was a reminder of all of those qualities. They care about the road we are traveling as a family and they just “get” us. I mean a hands-on cooking experience for the kids couldn’t have been a better way to end an already fantastic couple of days. 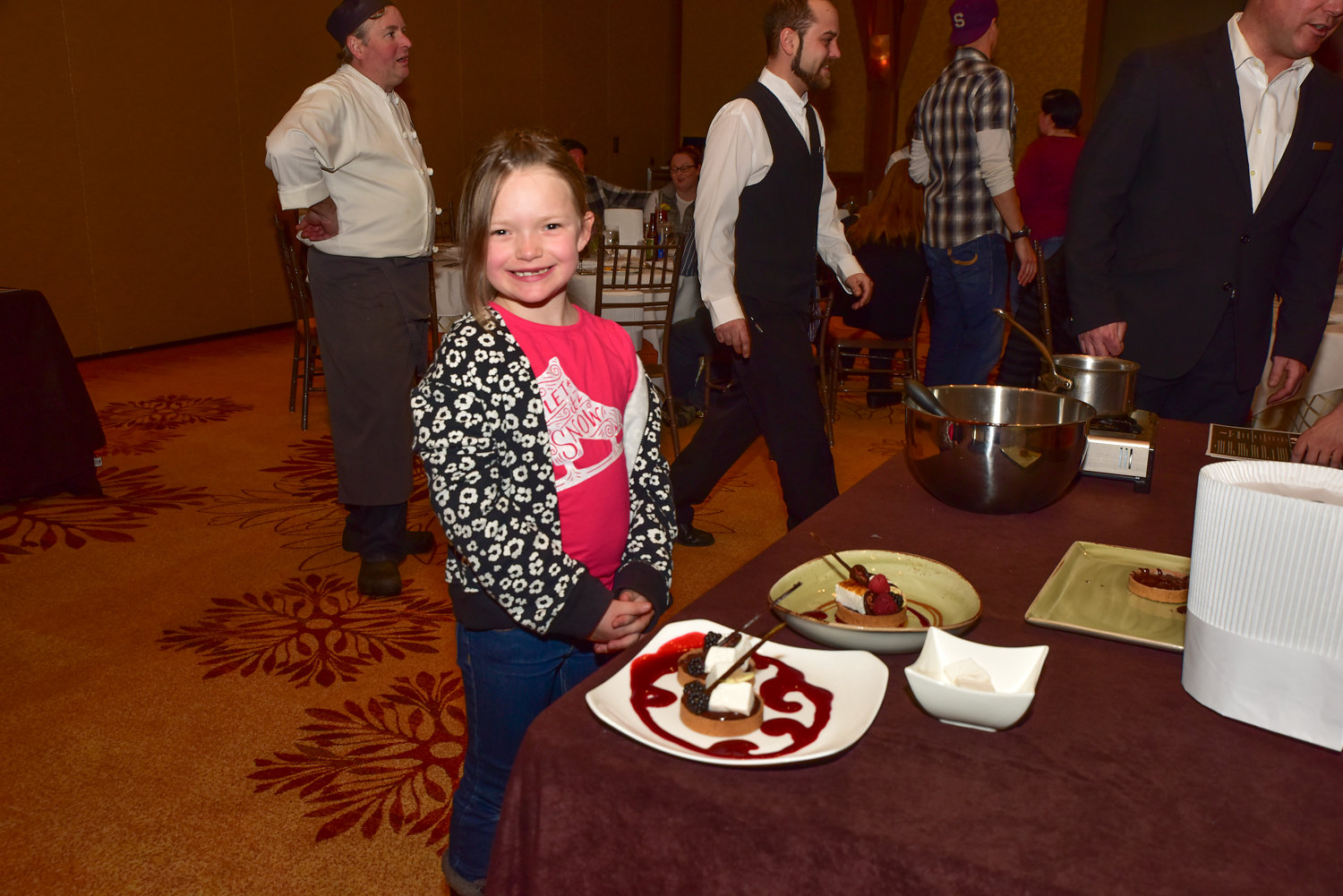 After this fun ending party, we headed up to bed to get some sleep before our early morning flight back home. We left extra early, way before the sun came up, because we were expecting snow, and the roads were going to be icy until we made it off the mountain. As expected the roads were slick with ice and some fresh snow, and the Kia Sorento was a breeze to drive even in these conditions. It was so awesome to have as our car during this adventure that Pete and I keep talking about really becoming a Kia Family with a couple Kia’s of our own.

Do you have any upcoming skiing adventures planned?