GUARDIANS OF THE GALAXY-MISSION: BREAKOUT! Review 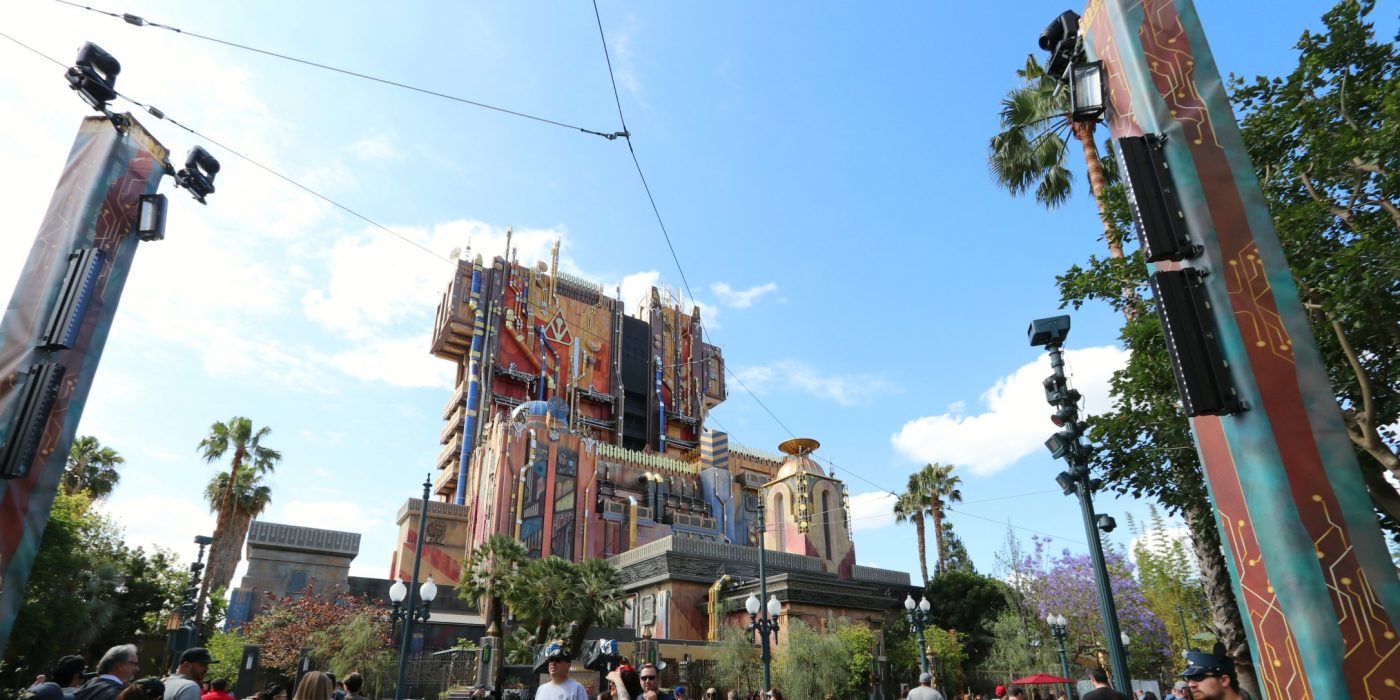 Pete and I had the pleasure of attending the grand opening celebration for the new attraction at Disney California Adventure Park,  GUARDIANS OF THE GALAXY-MISSION: BREAKOUT! as the guests of Disney. 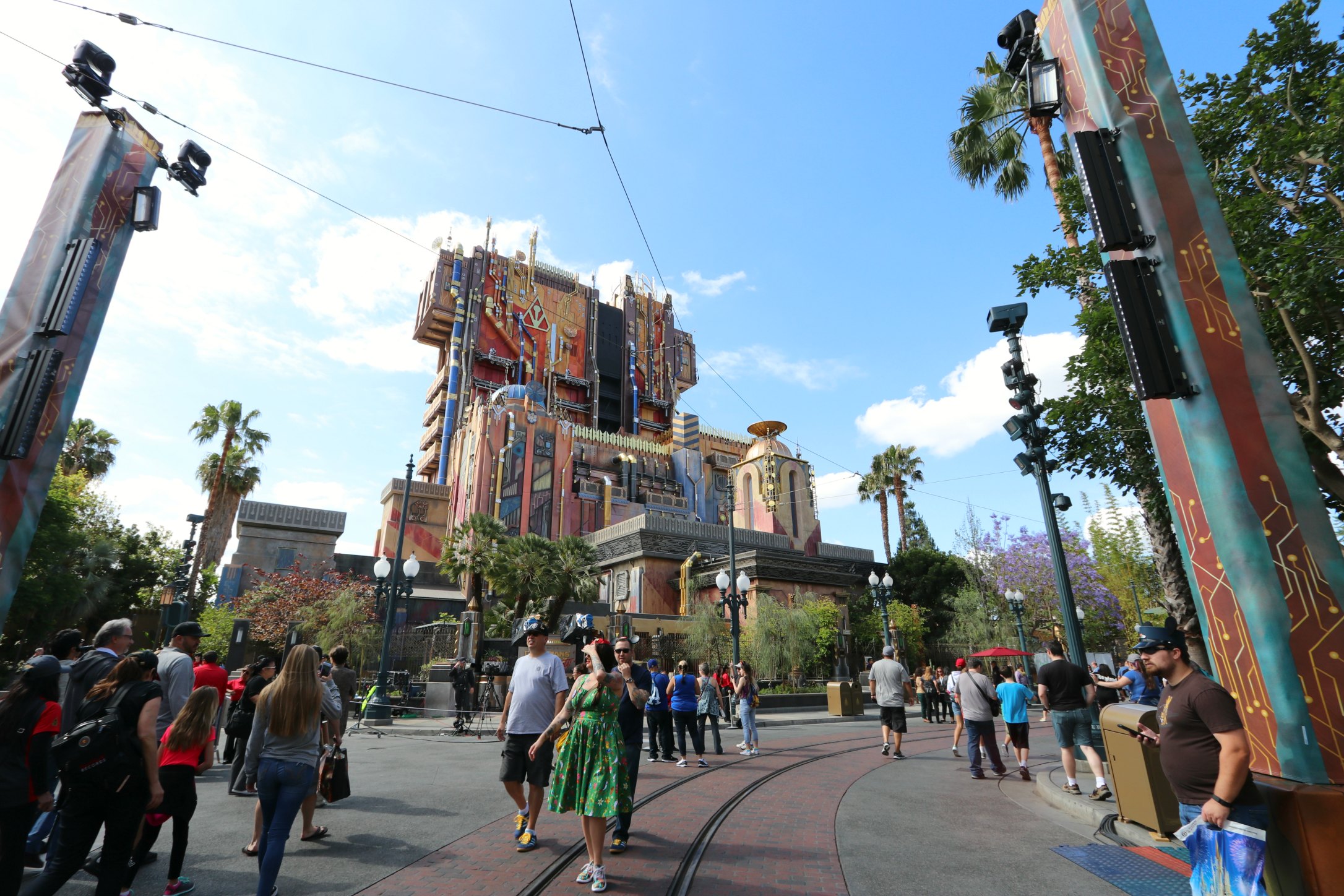 Be sure to watch the video at the bottom of Pete experiencing Guardians of the Galaxy – Mission: BREAKOUT! too!

Here is everything you need to know about this AMAZING attraction!

This new attraction has been highly anticipated and it didn’t disappoint!

You are immediately launched into a Rockin’ New Adventure: Helping Rocket Save the Guardians! It is fueled with high-energy, hilarious action that will be fun for Super Hero fans and those who are discovering this story for the first time as it entices guests with an original storyline based on “Guardians of the Galaxy” films, comics and animated television series, with a rapid rise into chaotic adventure and surprising visuals. The fast-paced action rocks to the beat of music inspired by the films’ soundtracks, including classic rock and pop music from the ‘60s, ‘70s and early ‘80s. And with multiple ride profiles, guests never know which adventure they’ll get.

It starts as you enter a grandiose, 183-foot tall fortress where you will discover that the Guardians have been imprisoned by the arrogant, acquisitive Taneleer Tivan, known as The Collector where you will join a daring escape plan devised by Rocket, who once again proves his uncanny ability to break free from any prison or captivity. The dominating fortress is adorned with antennae, satellite dishes and other mysterious apparatus and is accented in shimmering hues of blue and gold. At night, with special lighting, it pulsates with imposing power. A gilded, eight-foot-tall statue of The Collector stands at the entrance to the fortress, towering over guests. As a VIP guest of The Collector you will be able to view the unique “Tivan Collection” of relics and species from all over the universe. His latest acquisition is The Guardians of the Galaxy.

The Lobby of the fortress is both fascinating and creepy – filled with display cases that hold artifacts and living creatures, which The Collector has obtained and made available for public viewing. In a welcome video, The Collector explains how he has trapped the Guardians of the Galaxy high atop his fortress in secured glass cages that are wired with power from a massive generator and suspended over a deep abyss. The Collector’s Office Before leaving the Lobby and entering The Collector’s Office, guests hold up their hands to be “bio-scanned” for security clearance. In the Office, even more of The Collector’s relics are on display and, as in the Lobby, the collection contains some hidden references that will delight dedicated Super Hero fans and Disney fans. Suddenly, Rocket appears, telling guests he needs their help. Using their security clearances, he can hijack the gantry lift to the top of the fortress, disable the generator, and free his friends. The Gantry Lift Of course, Rocket’s plan faces challenges. After guests enter the gantry lift, Rocket overrides The Collector’s recorded tour spiel with music from the tape player of Star-Lord (aka Peter Quill). Soon, the gantry is shooting up into the fortress, then plummeting downward as Rocket attempts to take control of the generator. It’s here that guests experience one of the attraction’s six different ride profiles, each synchronized to one of the songs on the “awesome mix tape”: 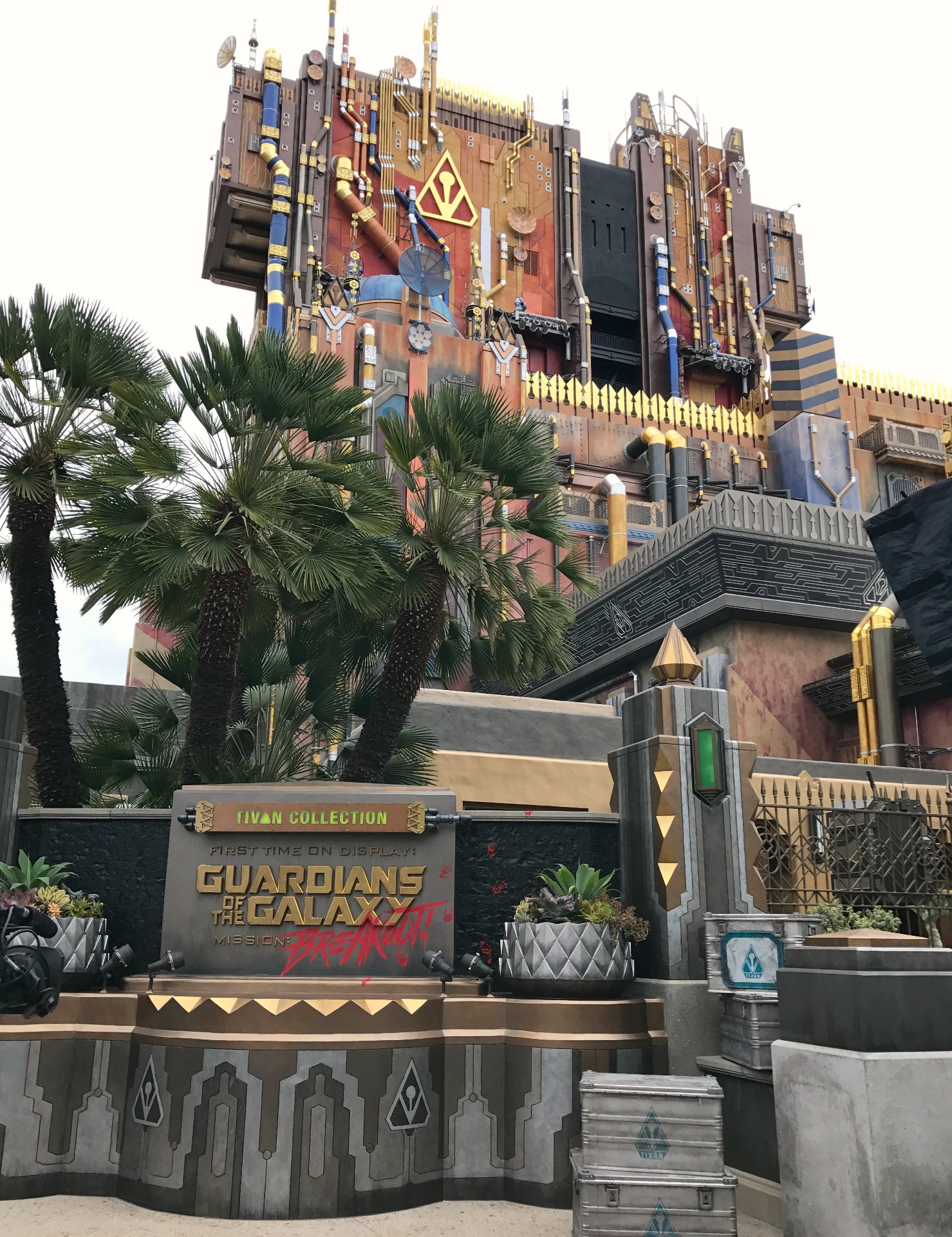 There’s More Than Meets the Eye here too!  Here are some fun and quirky facts about it: 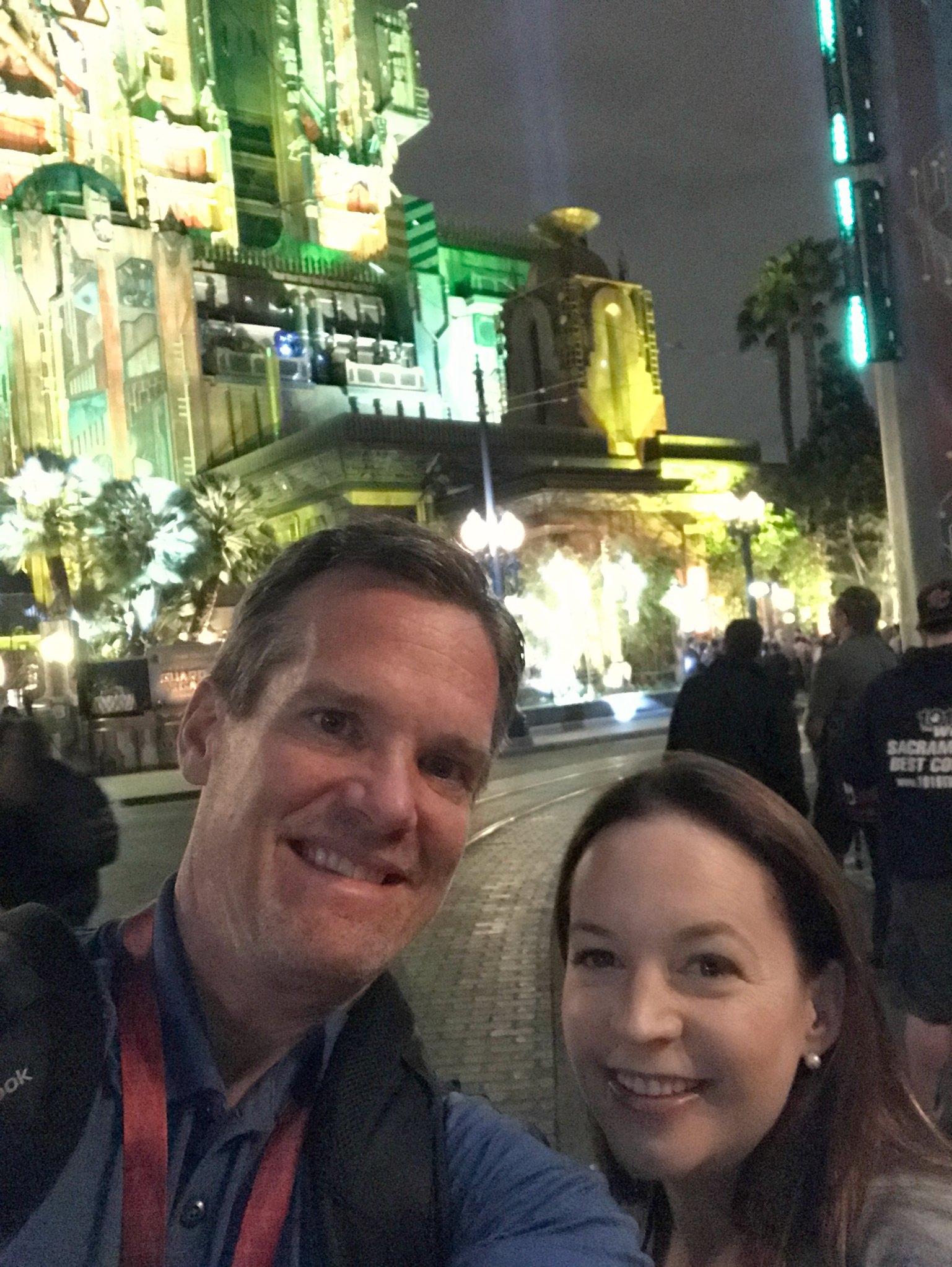 Right before it officially opened some of the stars of the movie were there to help celebrate which made everything even more exciting! 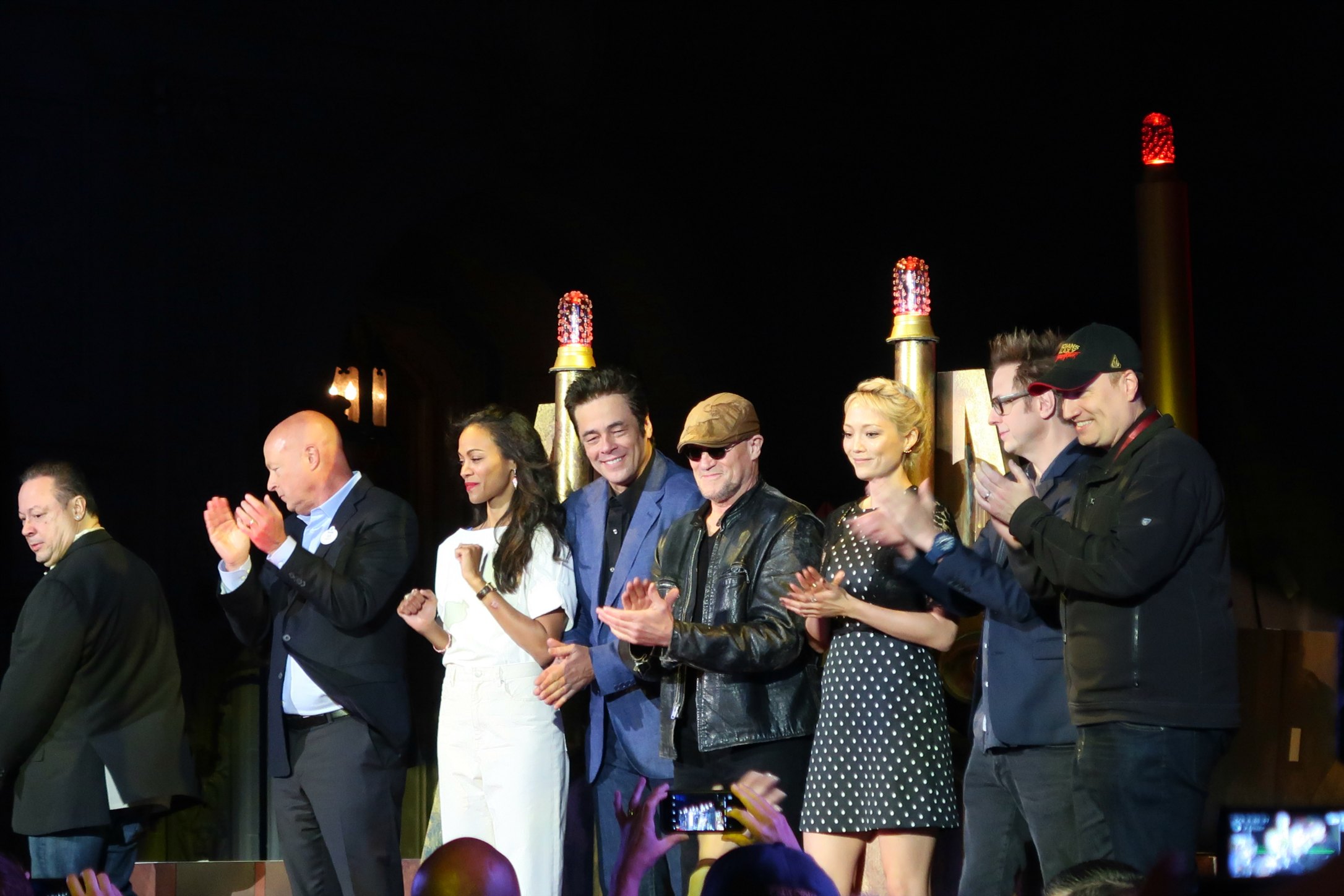 We had a photo opp with the whole crew- or at least their cardboard replicas! 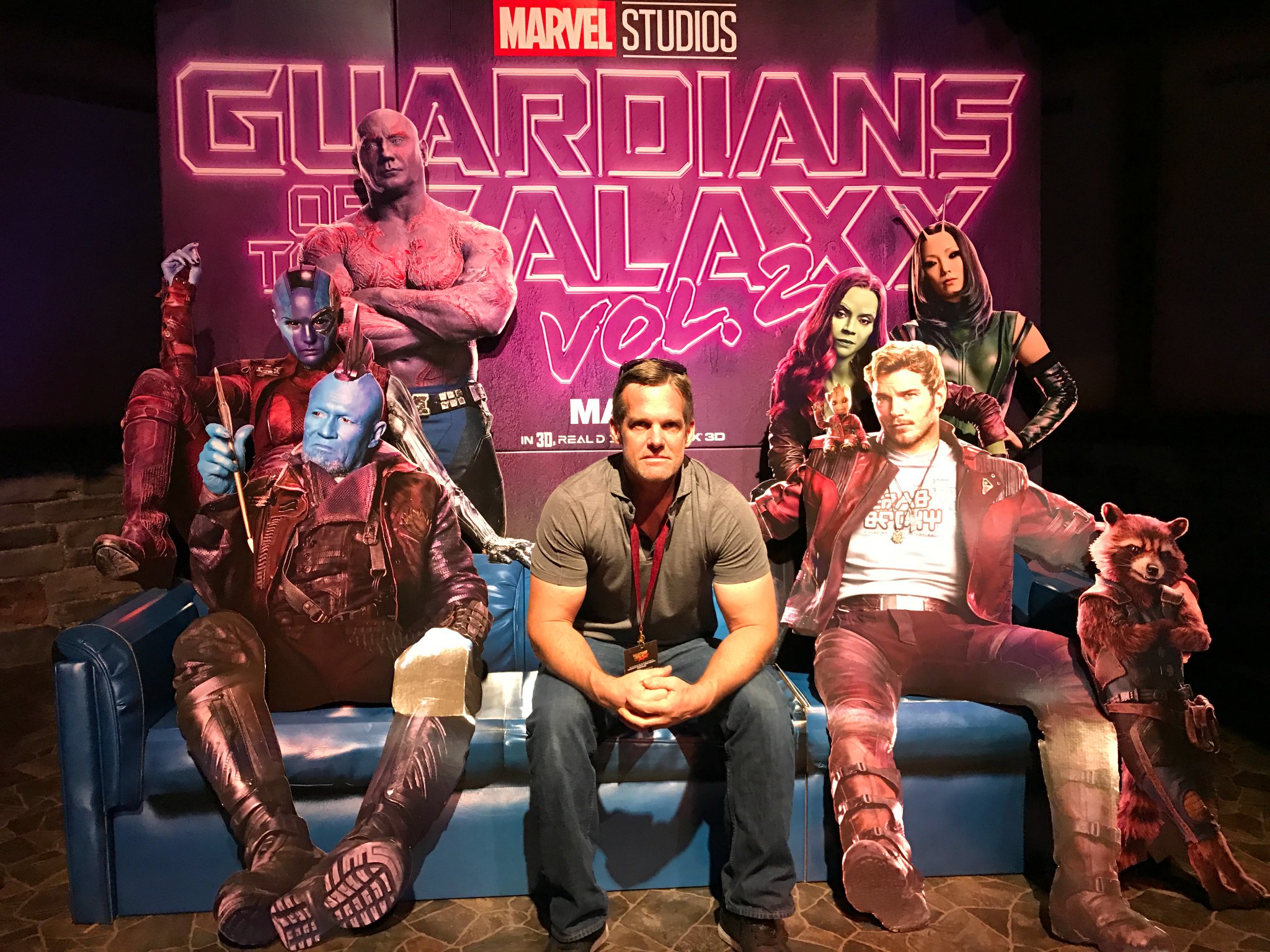 Then it was time for Pete to ride one more time.

He went on right when we got there and then again with a camera to record the whole thing! 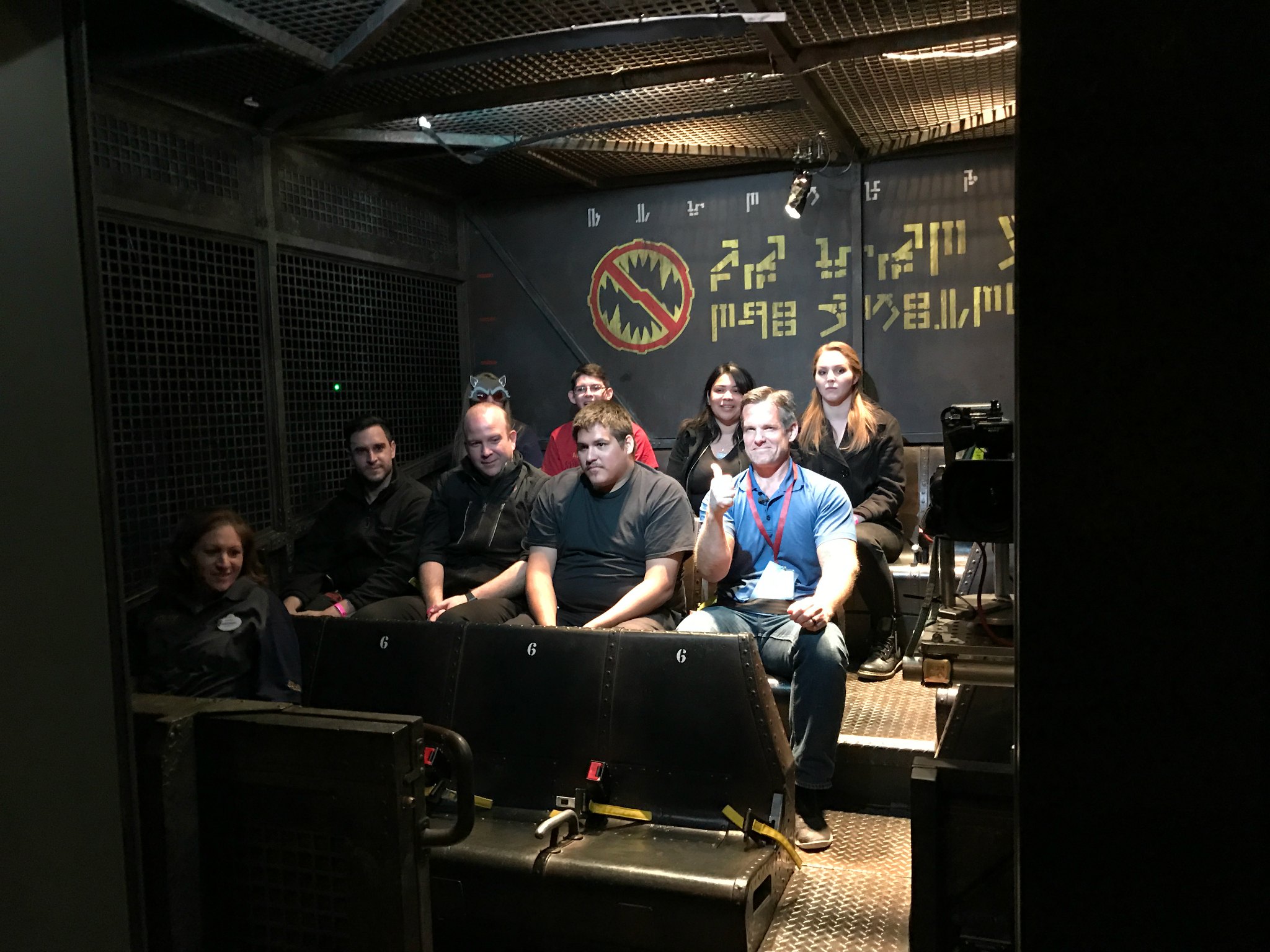 Are you planning a visit to Disneyland Resort soon?