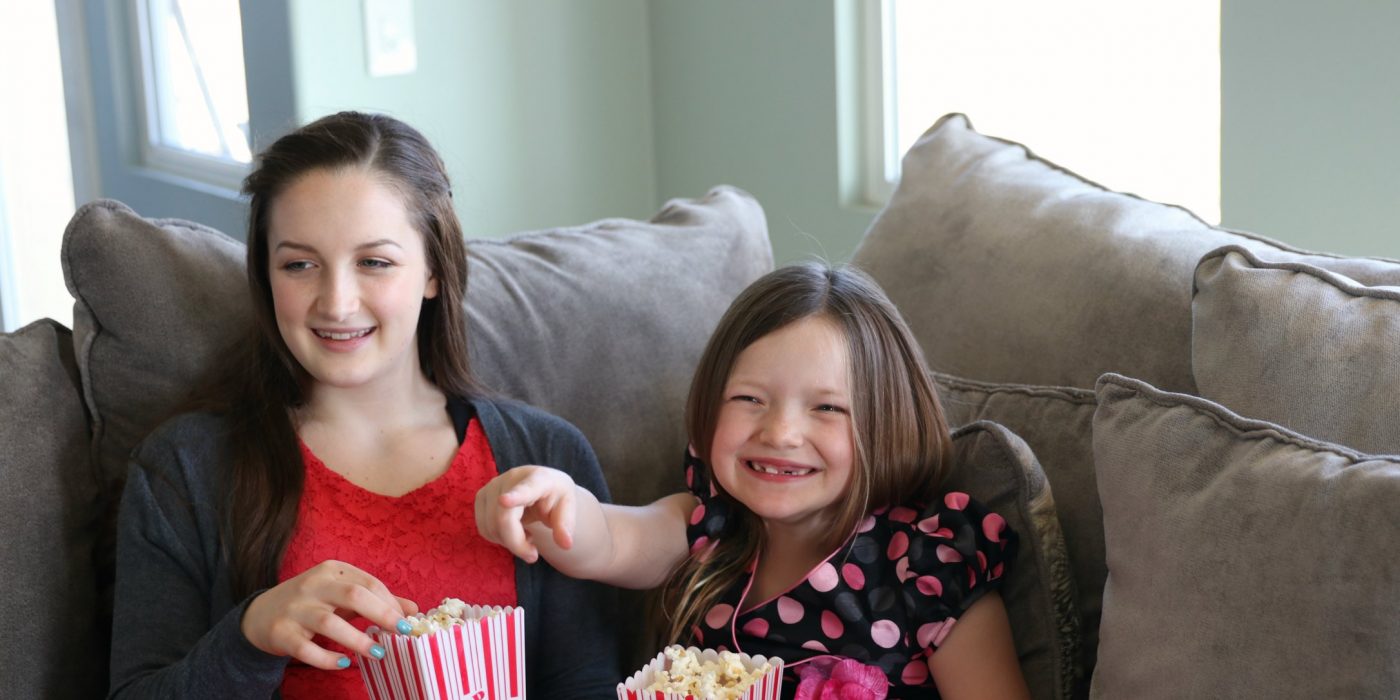 This is in partnership with Fox Home Entertainment. 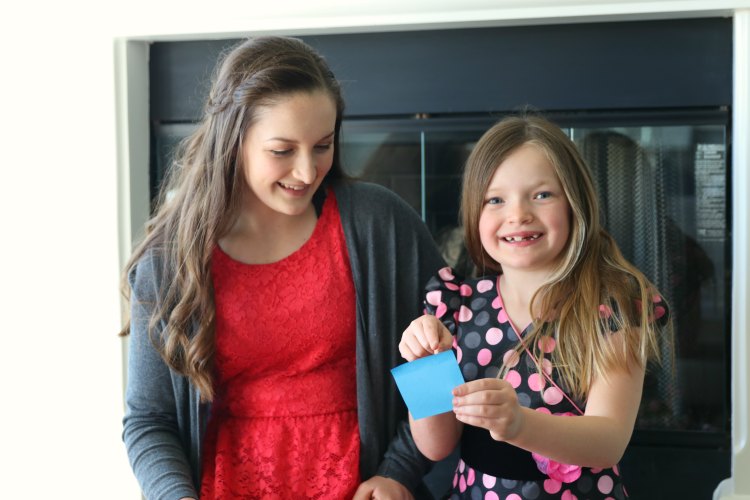 Easter is Emmy’s favorite holiday. She goes crazy at the thought of searching for eggs filled with little pieces of chocolate and other tiny treats. I think she loves it even more than the big girls did when they were younger. Ashley has always created a second celebration for her later in that afternoon that she looks forward to just as much, if not more than the morning Easter Egg hunt…. an Easter Scavenger hunt!

This tradition started when Emmy had a little post-Easter celebration meltdown. It wasn’t even that major of a meltdown, more like the combination of a sugar crash and the realization that the fun was over. Ashley stepped right in and told Emmy to give her 10 minutes and that she would have something really fun for her to do. Not even 10 minutes later, Ash had set up a little scavenger hunt with a surprise ending that has become a tradition in our home and one we have shared with a lot of friends and family over the years!

This year’s scavenger hunt is even better than the last ones because the surprise ending was getting to watch THE SANDLOT on Digital HD!

If you haven’t seen THE SANDLOT  in a while here is a little reminder.

It’s the early 1960s a fifth-grader Scotty Smalls (Tom Guiry) has just moved into town with his folks (Karen Allen and Denis Leary). Kids call him a dork—he can’t even throw a baseball! But that changes when the leader of the neighborhood gang recruits him to play on the nearby sandlot field. It’s the beginning of a magical summer of baseball, wild adventures, first kisses, and fearsome confrontations with the dreaded Beast and its owner (James Earl Jones) who live behind the left field fence. Soon nine boys have become best friends, Scotty is part of a team, and their leader has become a local legend in this hilarious and warmhearted comedy.

Now you remember right? Pete and I watched it when we were first married and now we are so excited for the girls to watch it because it is a perfect family movie that everyone loves.

For this scavenger hunt, we made it all themed for the movie to get them excited to watch it. Sitting down and relaxing to watch a movie at the end of an exciting day like Easter is pretty brilliant because it extends the fun and is a relaxing way to end the day. 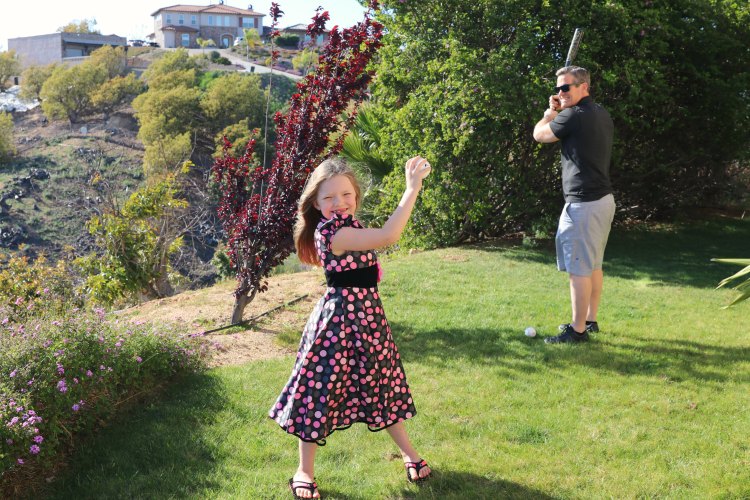 Since the baseball was such an important part of the movie, and really changed Scotty Smalls’ life, the first hint was a couple of baseballs and a note directing Emmy where to take them. Waiting for her was Pete ready to play ball! 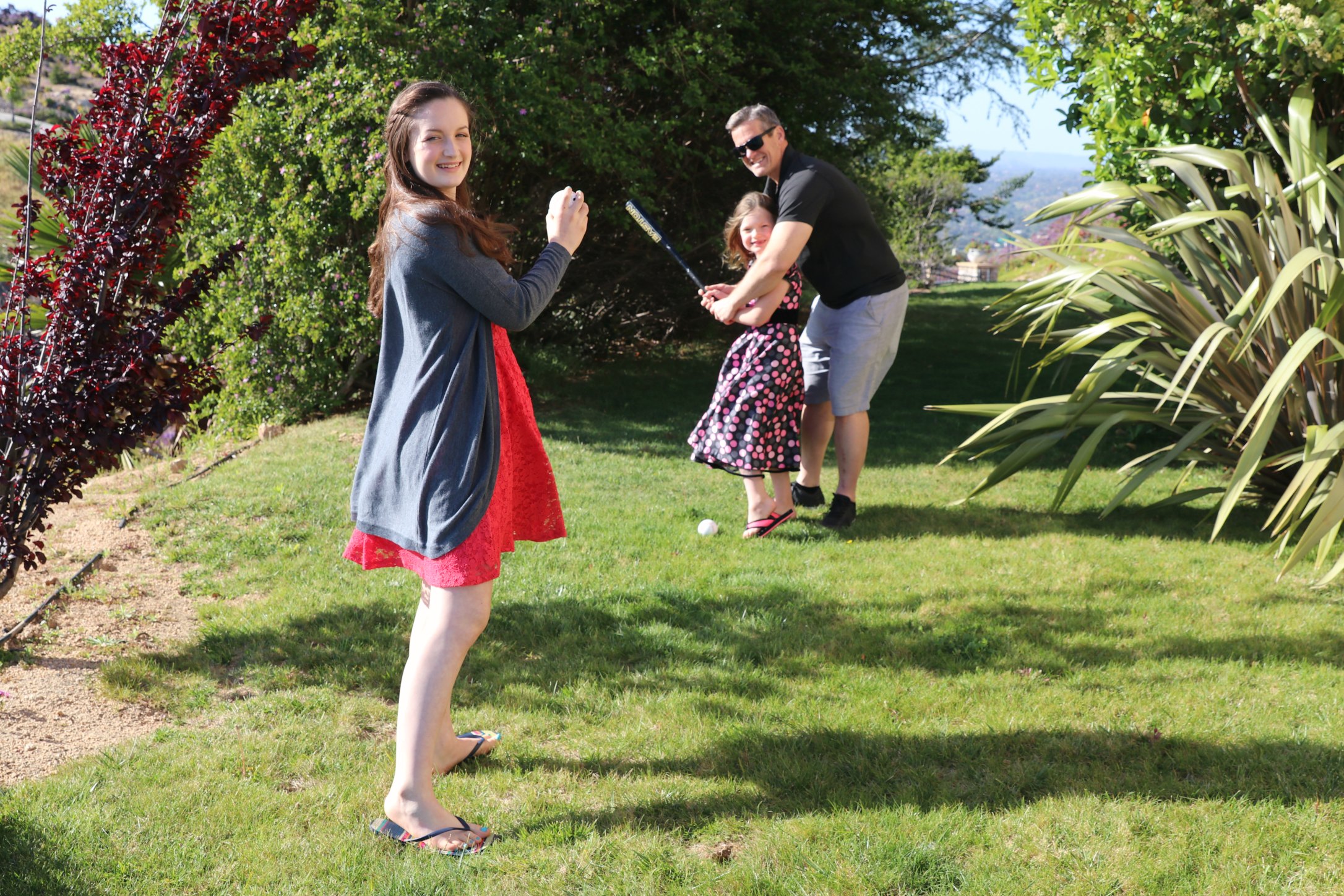 Ashley joined the game and then shared another clue! 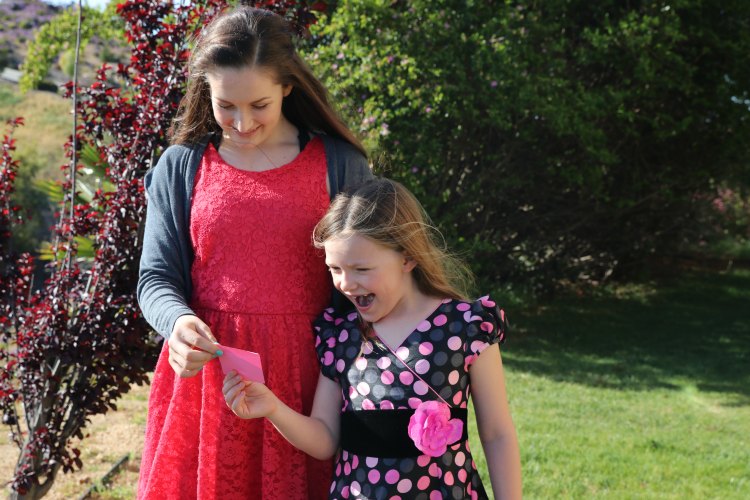 This clue was as sweet as they come! My favorite scene from the movie was the s’mores scene, and I still say this today “You’re Killing Me Smalls!” Ha! It still makes me laugh! So…. we all had s’mores before moving on to the main event! 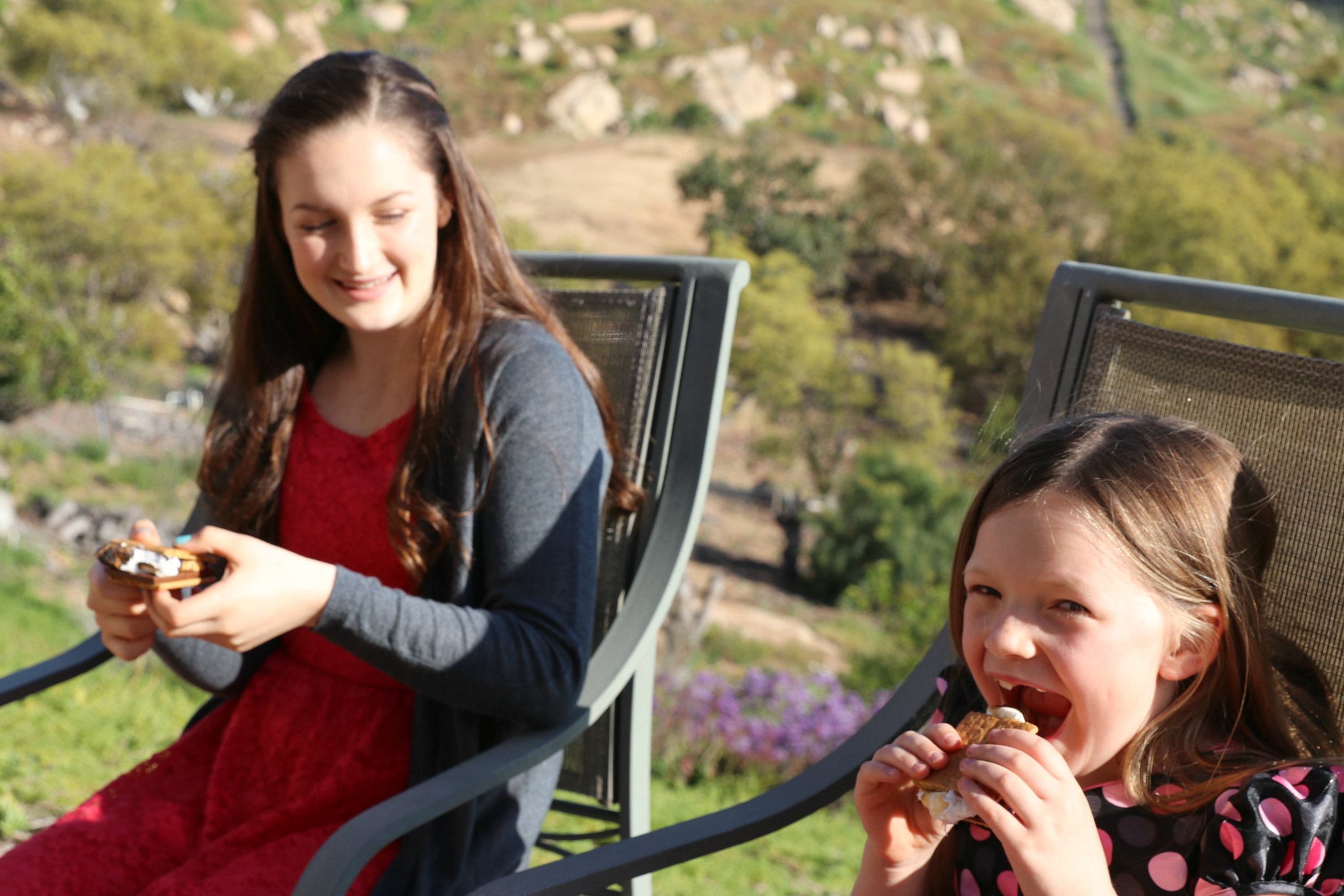 These were really good smores too! 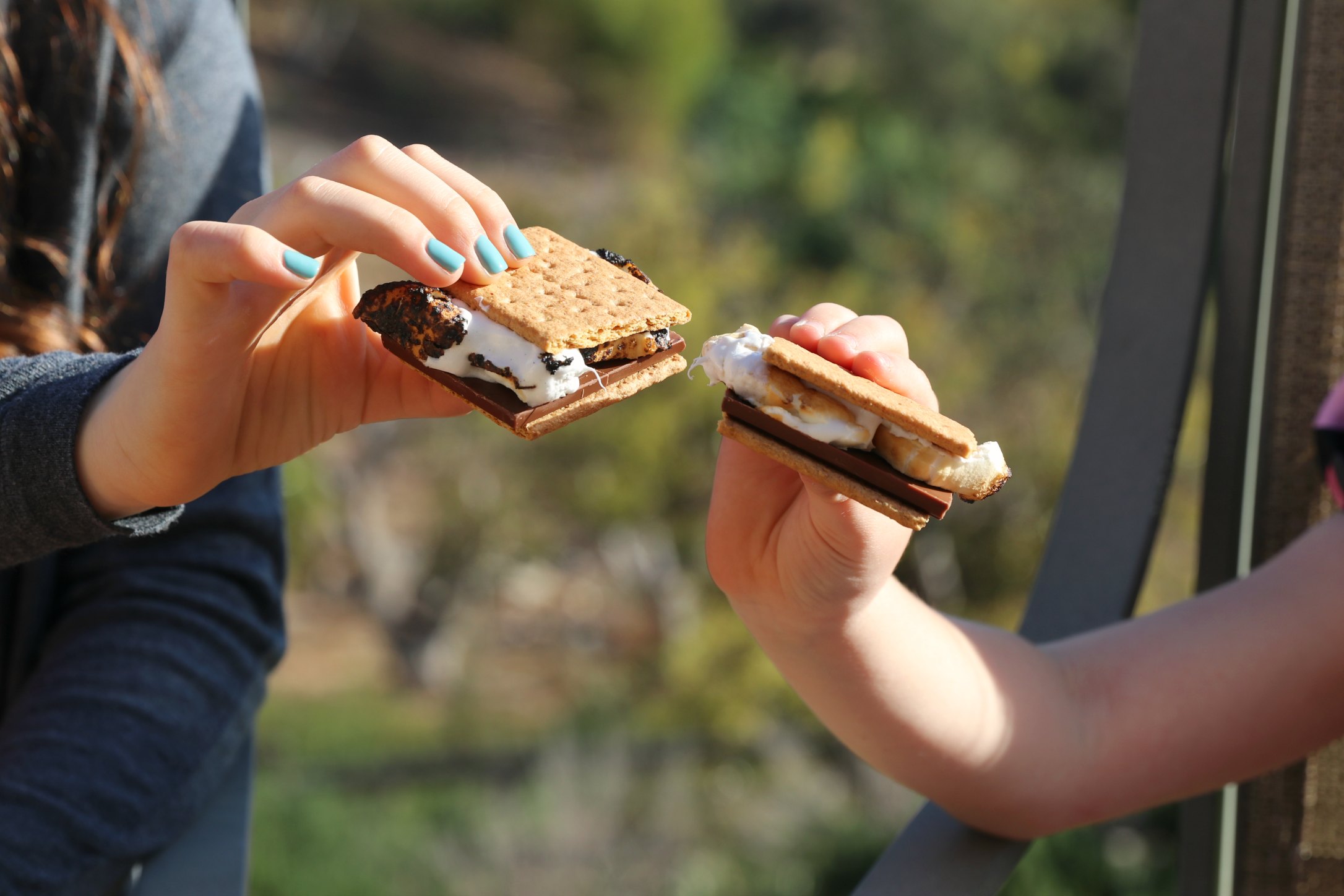 Back in the house, there was popcorn waiting for everyone that I popped while Pete started the movie playing on the TV. I love being able to download or stream it whenever we want. 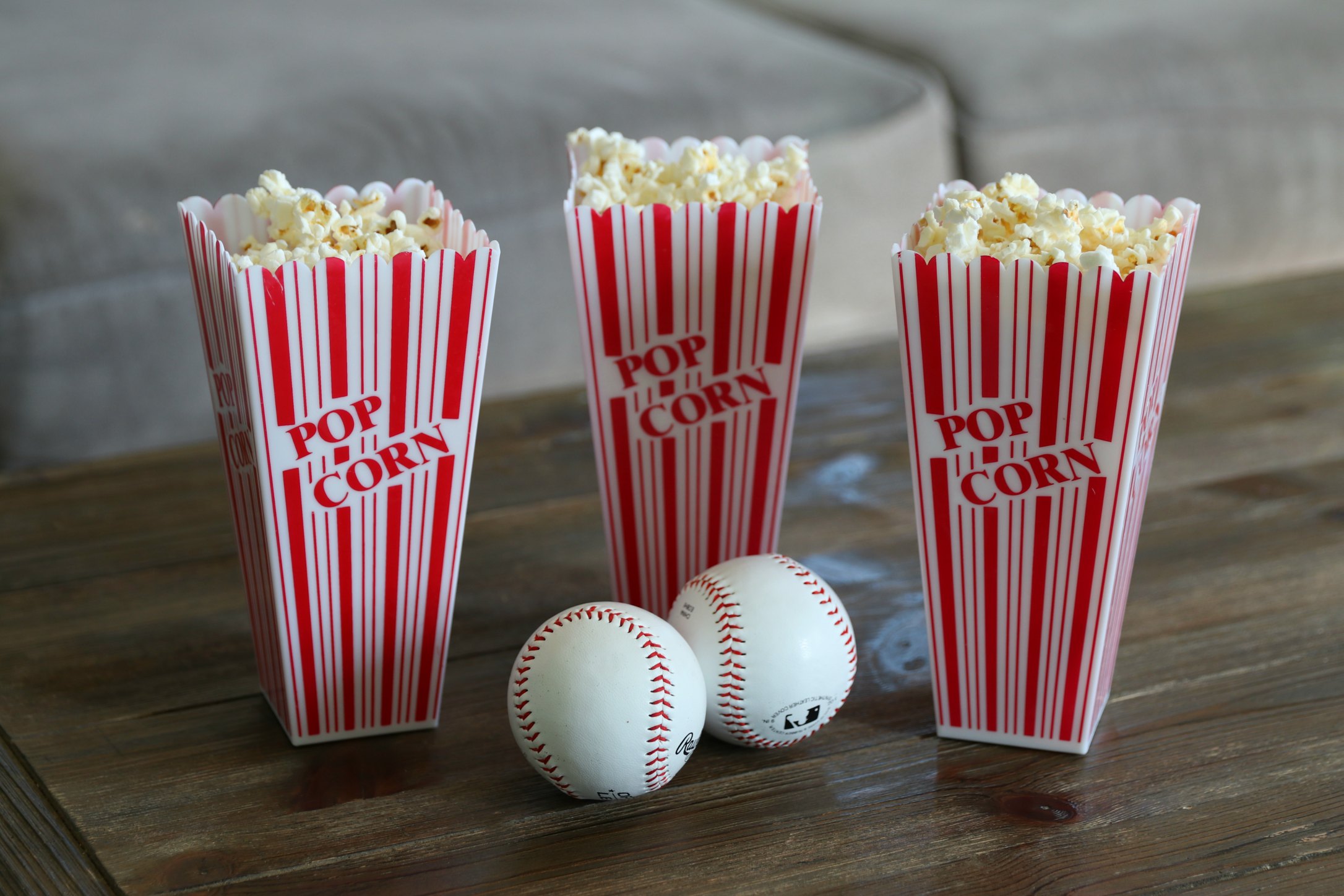 There was popcorn eating…. 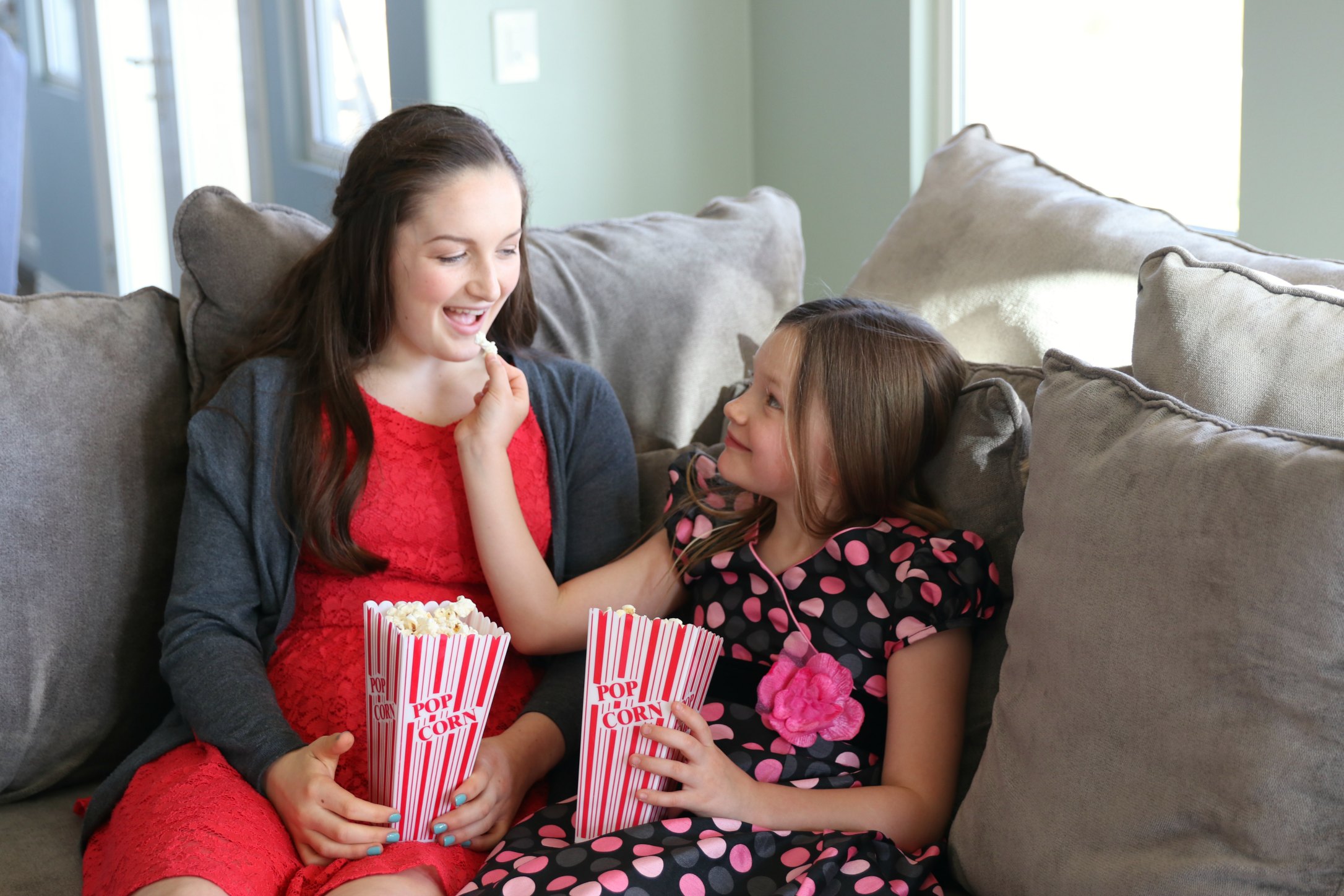 And a lot of laughs! Just like we thought, the girls all loved THE SANDLOT. Emmy was cracking up the whole time. The timing of watching it was even better than I planned because this is also the start of baseball season! 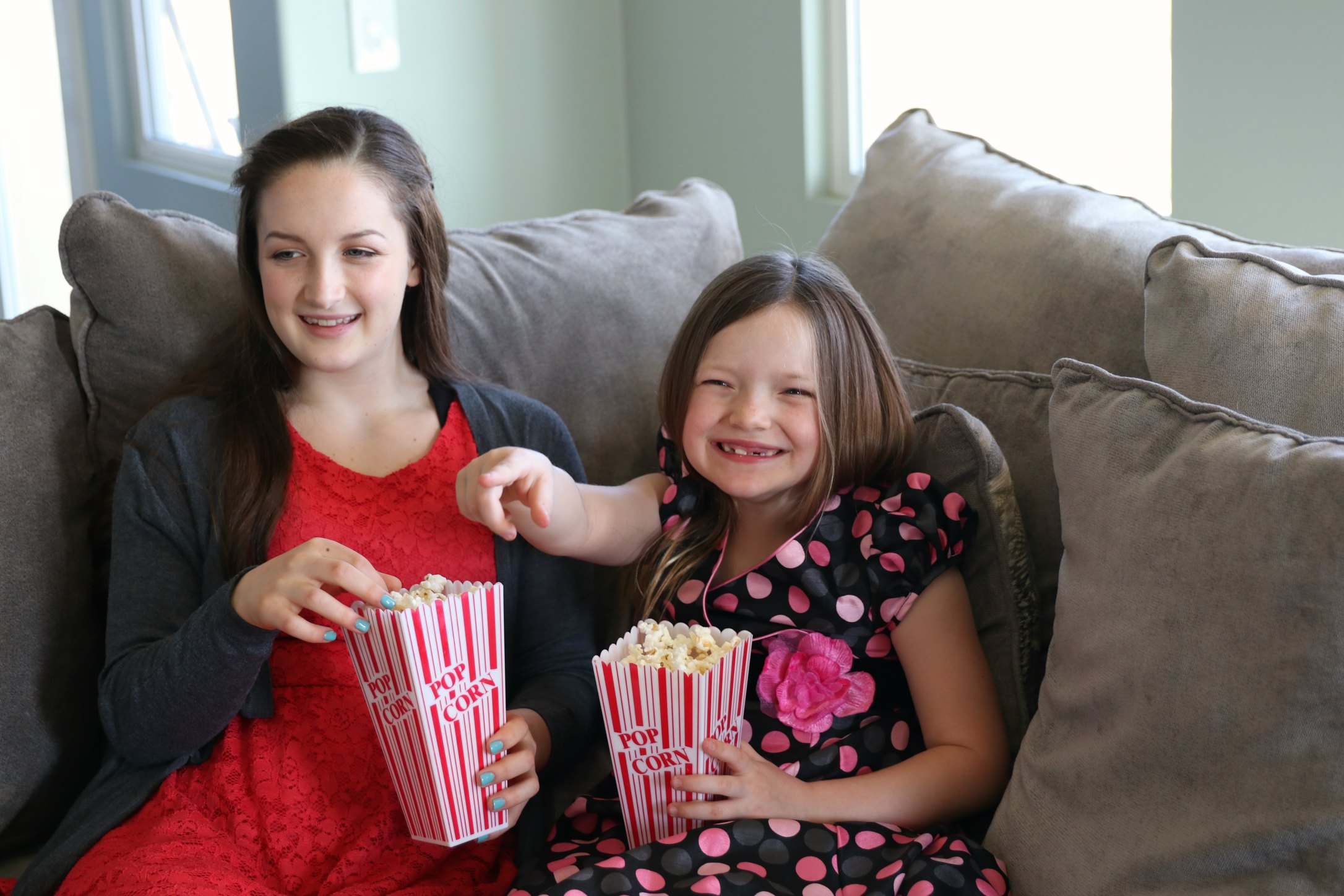 THE SANDLOT is one of those nostalgic family classics that still captures the hearts of baseball fans young and old. With memorable performances from nine terrific young actors who portray the romance of baseball perfectly! There’s something uniquely American about that experience…the magic of playing baseball with a group of friends on a warm summer evening, and I loved being able to share this movie with my family.

Have you watched THE SANDLOT with your family?