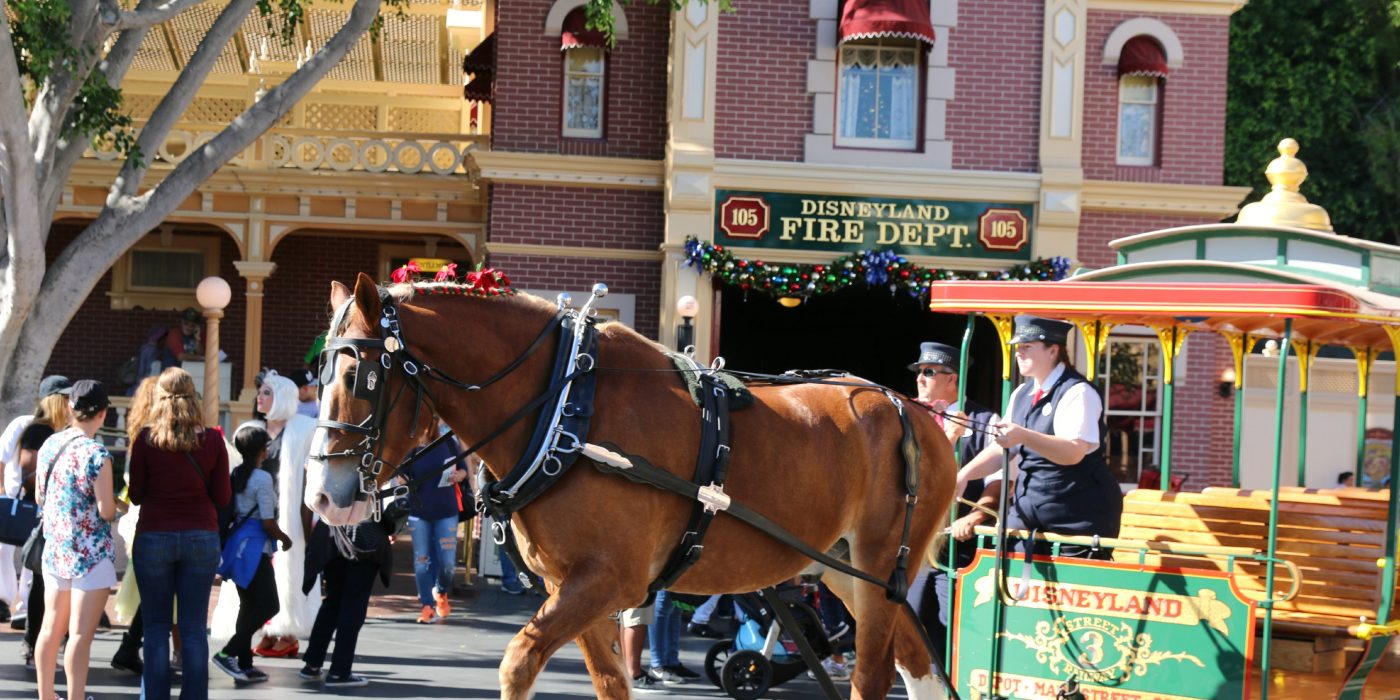 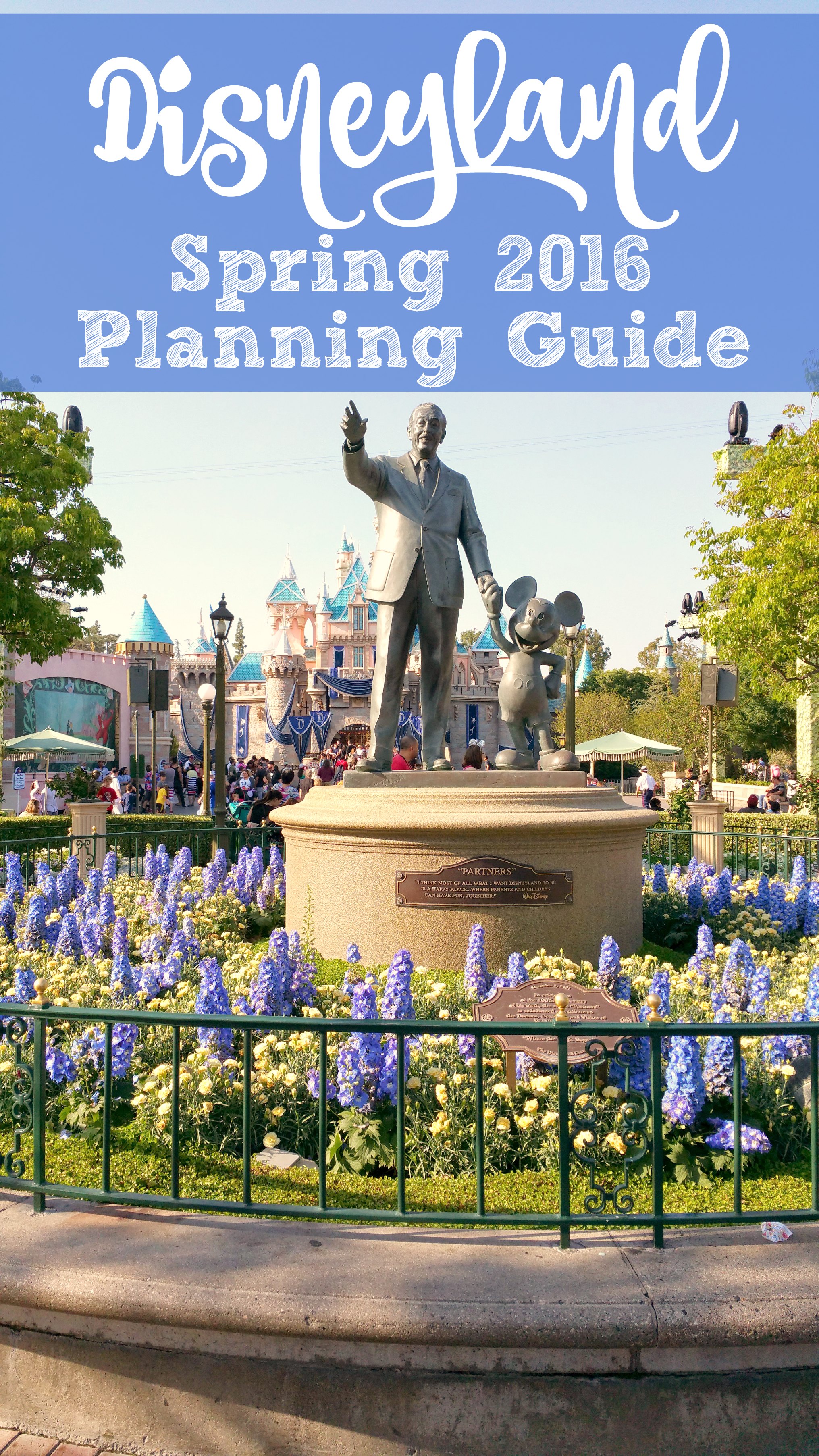 Spring is in the air, especially here in Southern California.

It’s supposed to be in the high 80’s today… in February! Can you believe that? When Emmy woke up this morning she asked if we could go to Disneyland after school today. I seriously thought about it, but then I remembered that Maddie has acting lessons, and Ashley has CrossFit and that plan went out the window. But that isn’t stopping me from planning a visit to Disneyland soon.

There are so many things to do at Disneyland and spring is a great time to go. The weather is absolutely perfect 99% of the time, and even if we get a random rain shower, that just means it’s time to go on a ride or get a snack inside.

If you are planning a visit to Disneyland Resort soon here’s a Disneyland Spring 2016 Planning Guide just for you!

There is a new live “Frozen” musical premiering in late spring 2016. It will immerse audiences in the emotional journey of Anna and Elsa with all of the excitement of live theater. The entertaining musical adaptation will include elaborate costumes and sets, stunning special effects, show-stopping production numbers and some unique theatrical surprises. The show will play at the Hyperion Theater.

A new, fun-filled Luigi’s Rollickin’ Roadsters attraction will be debuting soon at Casa Della Tires in Cars Land. It’s rolling with fun as Luigi’s cugini (cousins) have come from Carsoli, Italy, to help celebrate Race Day in Radiator Springs. Park guests join in the fun by hopping aboard miniature Italian roadsters, in the style of late 1950s micro cars. The cars perform the traditional dances of their village, moving to upbeat music and Luigi’s singing in a precision-choreographed dance across what appears to be a trackless “dance floor.” Each car has its own routine, so guests will enjoy different ride experiences depending on which car they board.

Star Wars Launch Bay.  Visit a Star Wars-themed cantina, discover authentic replicas of film props, and encounter Star Wars characters such as Chewbacca, from the light side, and Kylo Ren from the dark side.

The Star Wars-themed transformation of Space Mountain into Hyperspace Mountain. Get thrust into an X-wing Starfigher battle as they race through the darkness. The experience is enhanced by a new soundtrack, inspired by the Star Wars films’ musical themes and re-orchestrated to match every move in the attraction.

New Star Tours adventure. The Adventures Continue attraction, guests encounter a new adventure and characters from “Star Wars: The Force Awakens” while journeying aboard a Starspeeder 1000.

Star Wars saga. Discover them for the first time, or relive the past fun through the short “Star Wars: Path of the Jedi” film which connects iconic scenes from the iconic films in fun new ways.

Jedi Training, Trials of the Temple. It’s been reimagined with Darth Vader and the Seventh Sister Inquisitor from the popular Disney XD series Star Wars Rebels.

Fun for Super Hero fans. They will have their own special encounters at Super Hero HQ and are invited to learn more about their favorite Super Heroes, such as Thor and Spiderman, and meet some of them in person. 60th Anniversary Diamond Celebration Continues in 2016 The stunning entertainment found every year at the Disneyland Resort is now even more dazzling, with three nighttime spectaculars that are part of the Disneyland Resort Diamond Celebration, continuing through Sept. 5, 2016.

The sparkling “Paint the Night” parade builds on the tradition of breathtaking nighttime parades in Disneyland Park that began with the “Main Street Electrical Parade.” Illuminated almost entirely by LED lights, “Paint the Night” is a state-of-the art, vibrant wonder that immerses guests in the magical, luminescent worlds of many Disney and Disney●Pixar characters, including Ariel, the Little Mermaid; Woody and Buzz Lightyear from “Toy Story”’; Lightning McQueen from “Cars,” Disney Princesses and Mickey Mouse and his pals.

The “Disneyland Forever” fireworks spectacular. This amazing fireworks show entertains guests from the tips of their toes to the sky high above, surrounding the audience with music, dazzling visual projections and other special effects that bring the pyrotechnics to life in surprising new ways. Guests may enjoy the projections from multiple locations, including Main Street, U.S.A., and Small World mall.

What are you most excited to see at Disneyland this spring?