Disneyland Season Of The Force- The Complete Guide 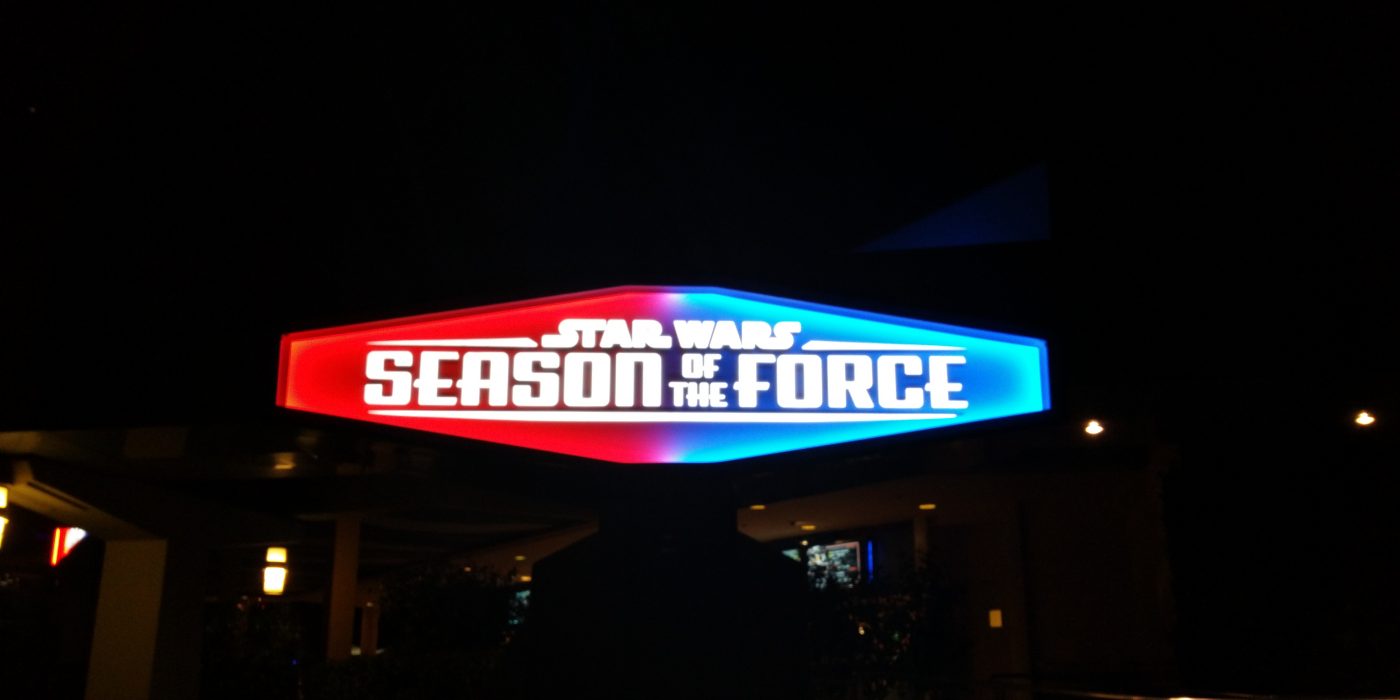 Last night I attended the media preview of the new Season Of The Force in Tomorrowland at Disneyland. If I told you it was awesome… that would be an understatement. It is every Star Wars Fan’s dream come true! Here is your complete Guide to Disneyland’s Season Of The Force! 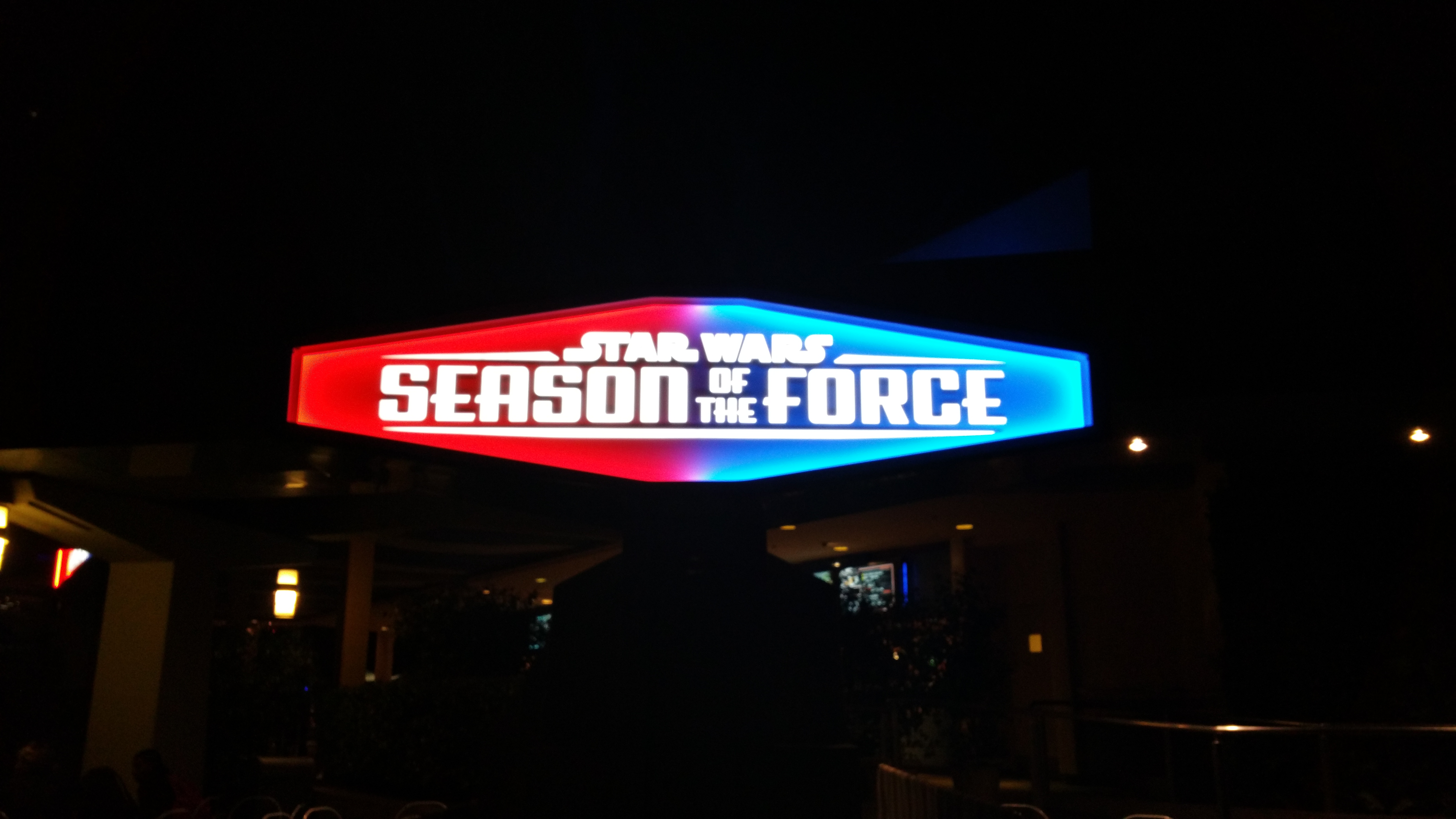 I have so much to share about Season Of The Force!

When I was pregnant with Ashley I was on bed rest for almost the entire 8 months I was pregnant (she was early) and one of the only fun things I did the entire time was to see a movie. It was a really big deal when my doctor gave me the go ahead… and it was for Star Wars Episode II: Attack of the Clones. Those couple hours of escape were just what I needed.  So creating our own new Star Wars memories during Season Of The Force is going to be awesome!

That is what it feels like when you enter into Tomorrowland during this special time… you are making your own Star Wars Story!

Disneyland has so much in store for us as the Force awakens with Star Wars Season of the Force. The adventure starts Nov. 16, bringing exciting new experiences to Disneyland Park to celebrate all things Star Wars.

Season Of The Force celebrates the film saga and leads guests to look forward to the future Star Wars-themed land. 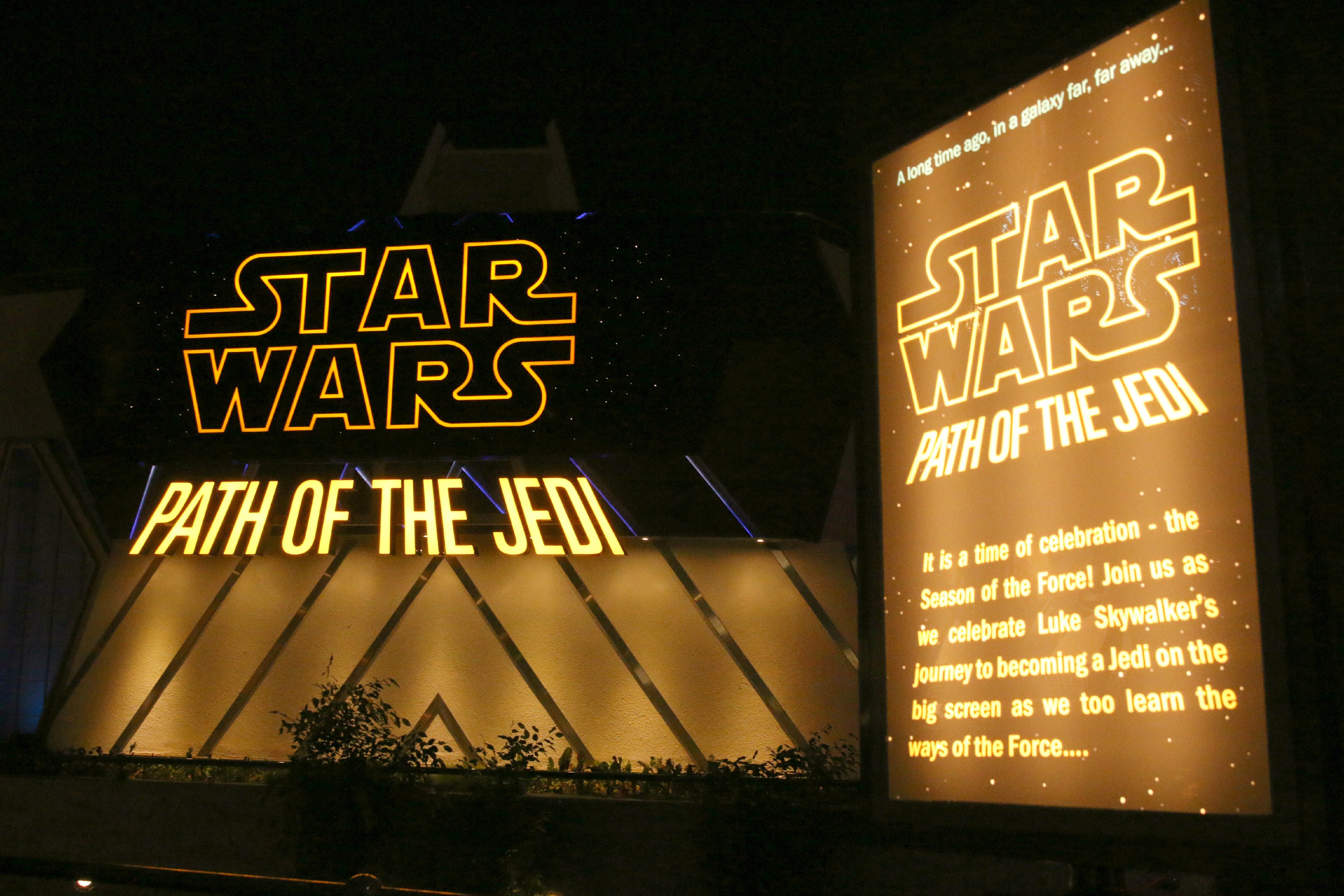 Start your Star Wars Fun at Star Wars: Path of the Jedi, at Tomorrowland Theatre

This short cinematic overview of the Star Wars saga is a great refresher if it’s been too long since your last Star Wars marathon. It also really got me excited to experience all things Star Wars. The showing lasts about 15 minutes and then you are on your way… unless you are like us and want to watch it again and again! 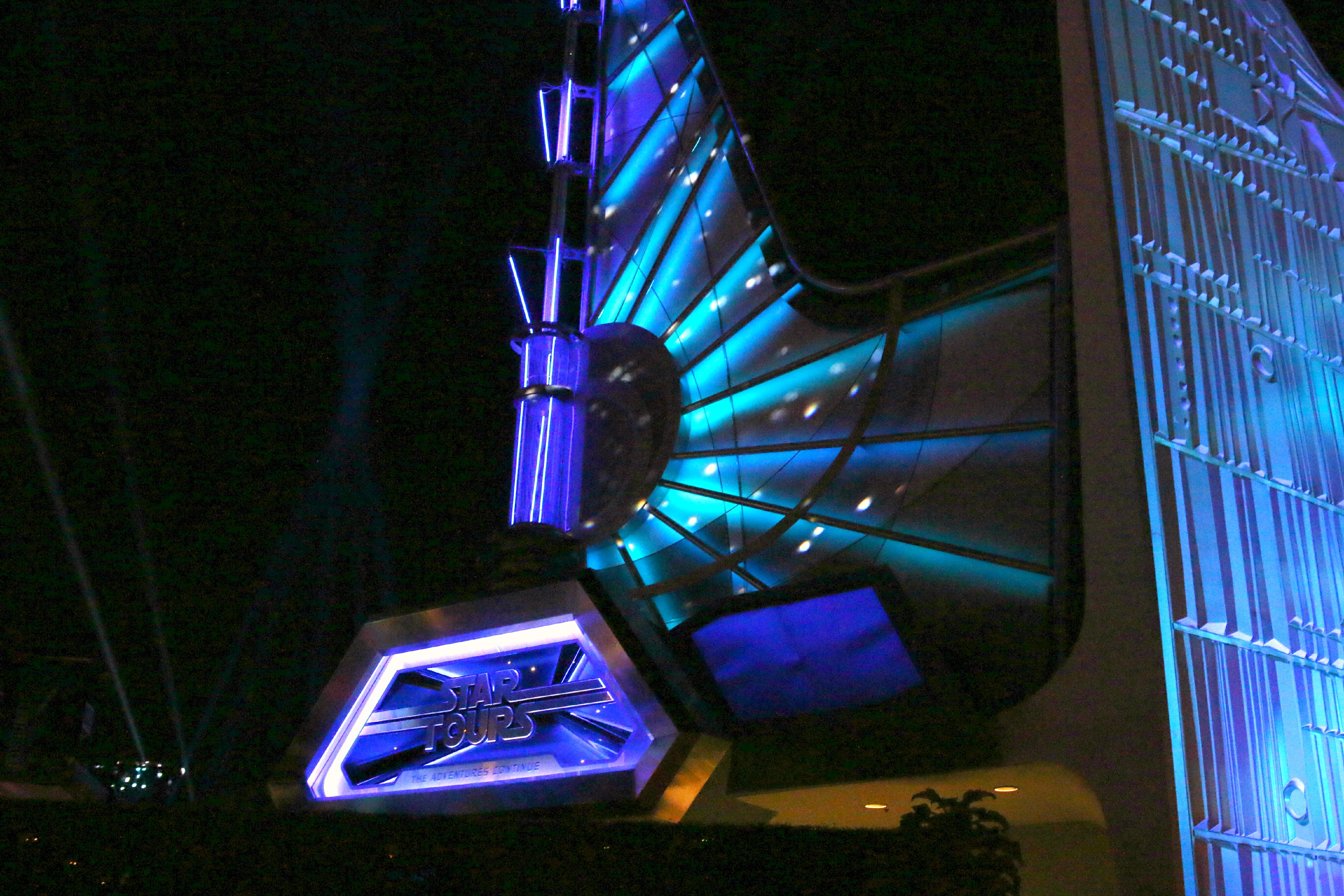 Next hear over to Star Tours for an all new adventure!

I am so excited about this! Star Tours – The Adventures Continue is a glimpse into a new journey from Star Wars: The Force Awakens, which premieres Dec. 18. And it is awesome!!! I didn’t think they could outdo the previous adventures, but they totally did. There is more speed and more fun. You can’t miss this one. 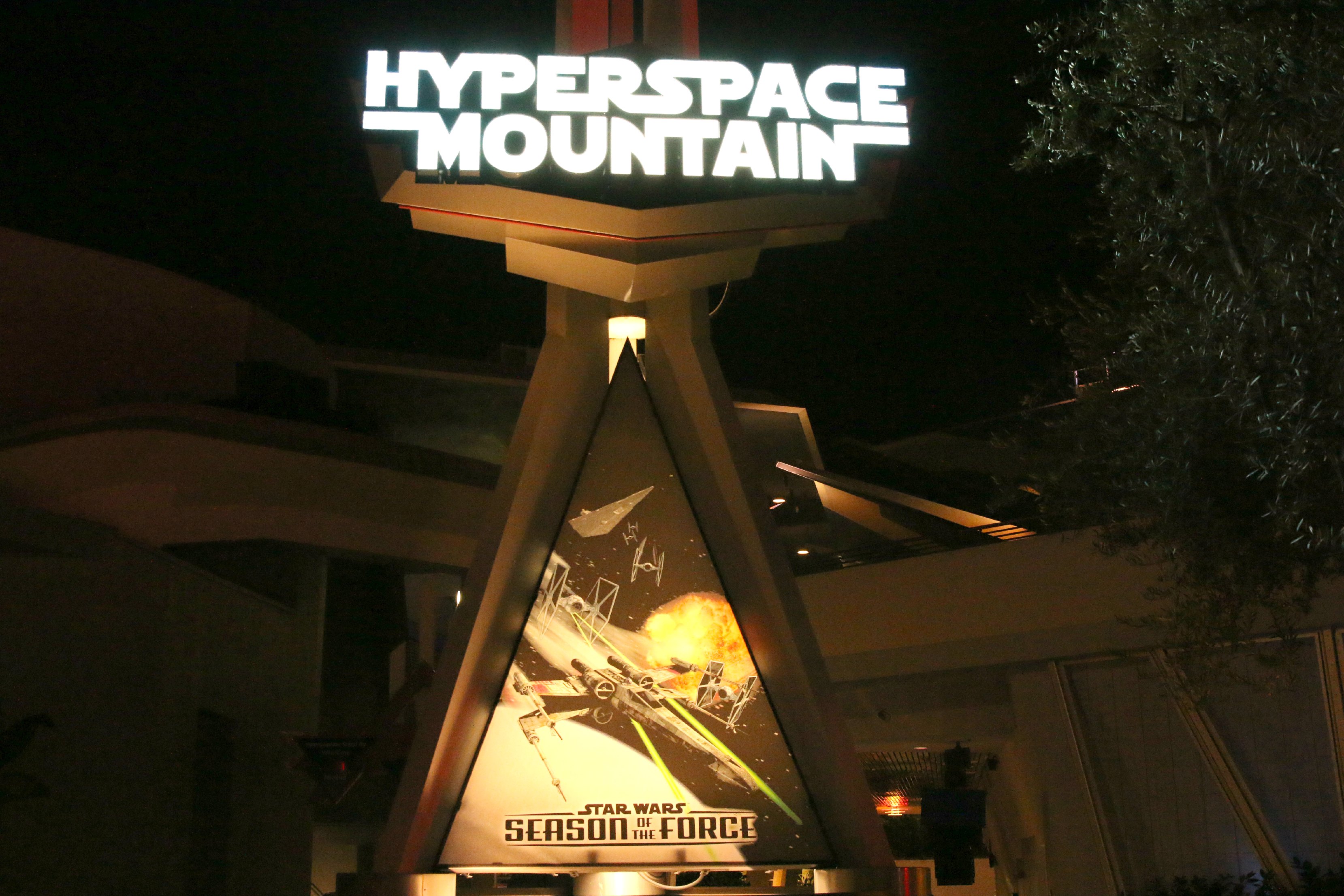 Hyperspace Mountain: The classic Space Mountain attraction is reimagined as Hyperspace Mountain, thrusting guests into the darkness for an action-packed battle between Rebel Xwings and Imperial TIE fighters. A new soundtrack, inspired by the films’ musical themes, adds to the thrills. 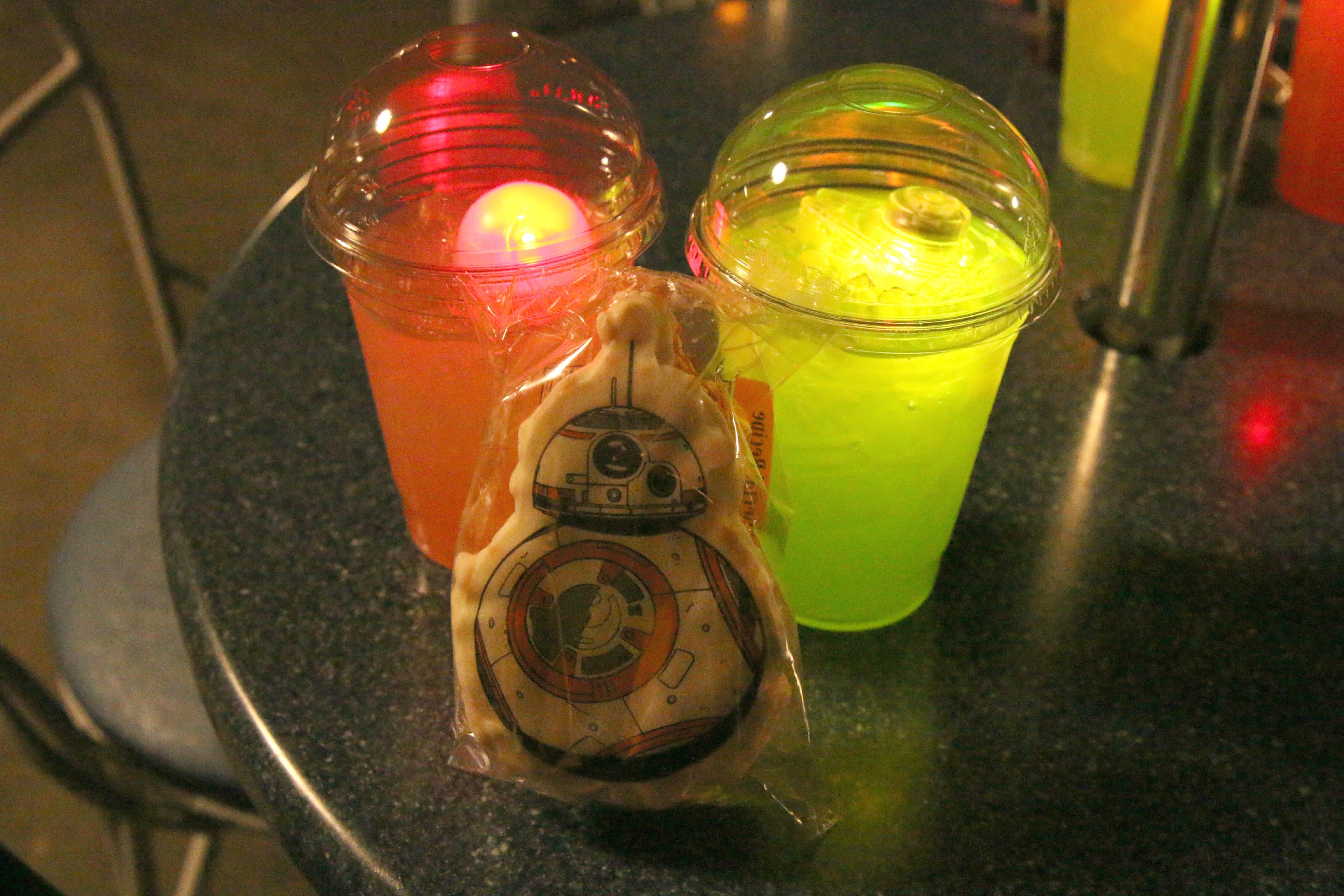 Not just any food… but galactic food! How about some food and beverages inspired by a galaxy far, far away. The Galactic Grill, in the Tomorrowland Terrace location, will feature a dark side and a light side menu, and Pizza Port will offer new Star Wars-inspired menu items. I had a food, drinks and desserts from both sides. I highly recommend getting the glowing drinks because they have a special keepsake light up in them! There are vegetarian options along with gluten free ones too. The veggie sandwich was delicious as was the everything else… but the best part was all the Star Wards magic! 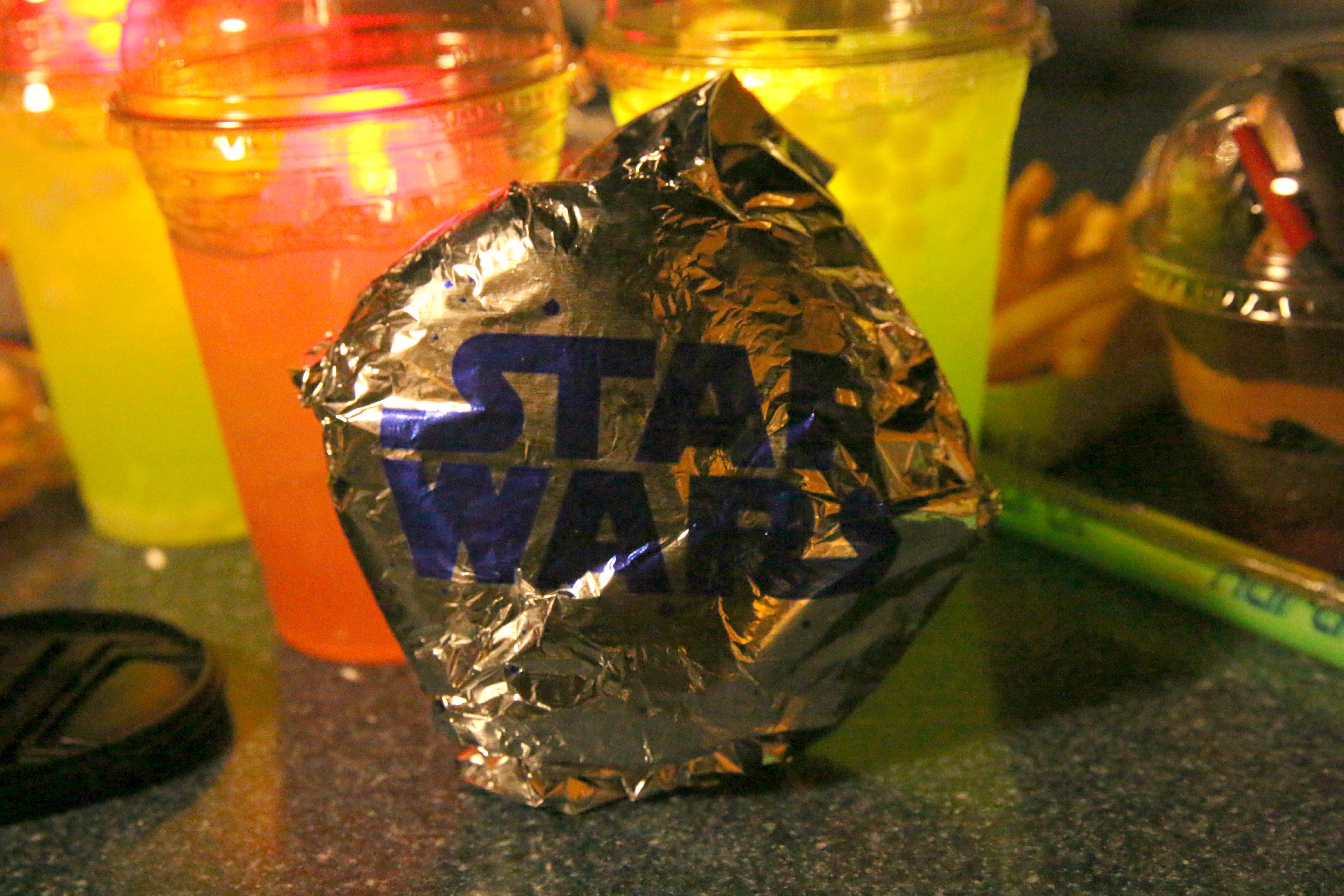 After filling your tummy with light and dark food… head over to Star Wars Launch Bay.

Star Wars Launch Bay is where Innoventions used to be and it is now a place to celebrate all things Star Wars! You will be welcomed to this multi-sensory space with the iconic phrase, “A long time ago in a galaxy far, far away.…” Once inside, you may even encounter your beloved Star Wars characters, play the latest Star Wars interactive video games, explore galleries full of treasured memorabilia and authentic replicas of large-scale Star Wars artifacts, step into a Star Wars-themed cantina, and have access to Star Wars merchandise.

You could easily spend 2-3 hours in here so make sure to save some time! 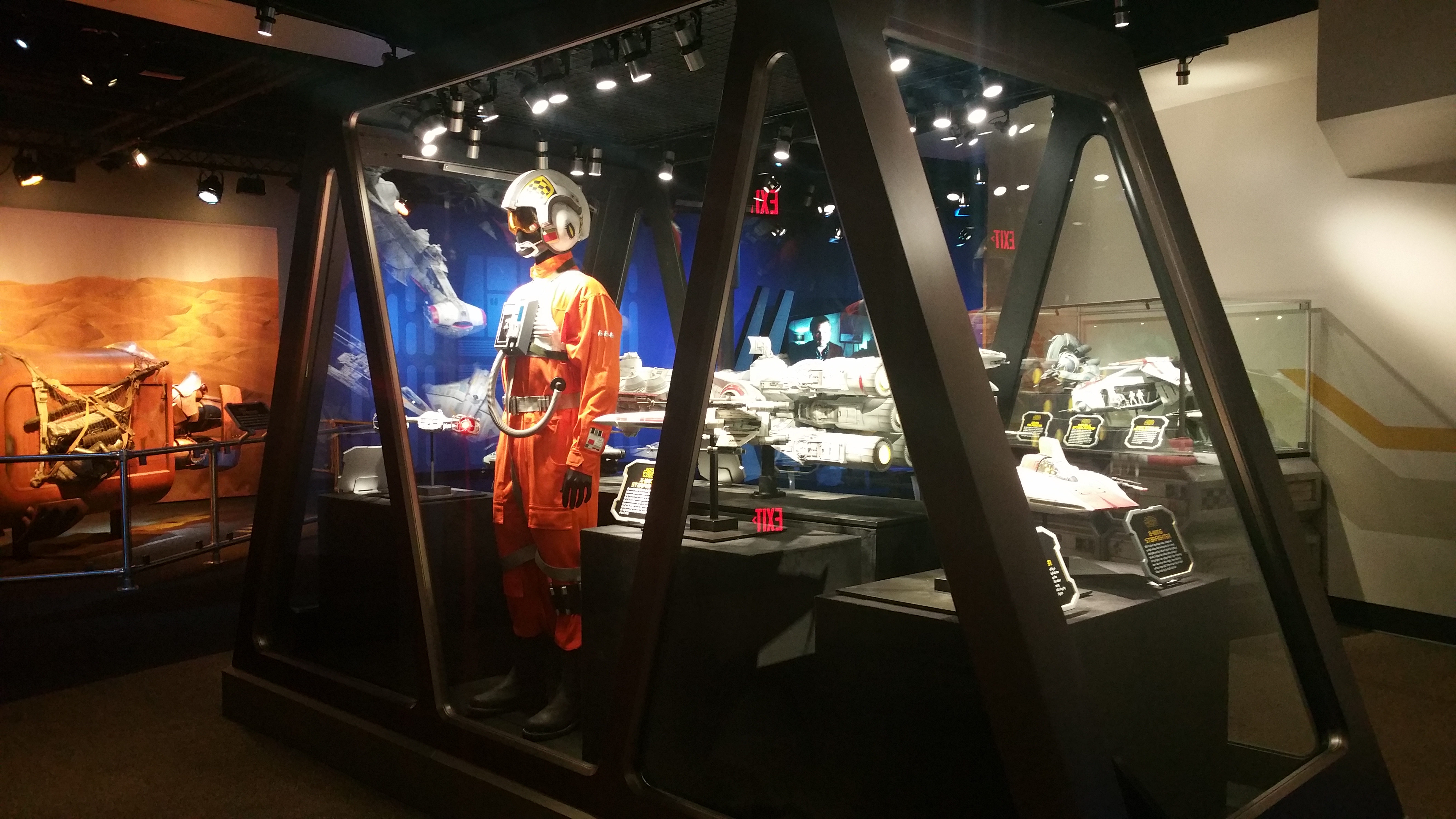 Looking for a Special Character Encounter? After entering a themed atrium with authentic replicas of Star Wars props, guests may Journey to the dark side and come face to face with Darth Vader, or they may choose the light side by stopping in at a makeshift Rebel base to meet the most famous co-pilot in the galaxy, Chewbacca.

I was lucky enough to get to meet Darth Vader and learn more about Launch Bay:

Another great spot is the Launch Bay Theater. Here you will hear directly from the creative minds behind the Star Wars saga in a short video that includes exclusive interviews with the directors, writers, producers and other key crew members who continue to bring the saga to life. 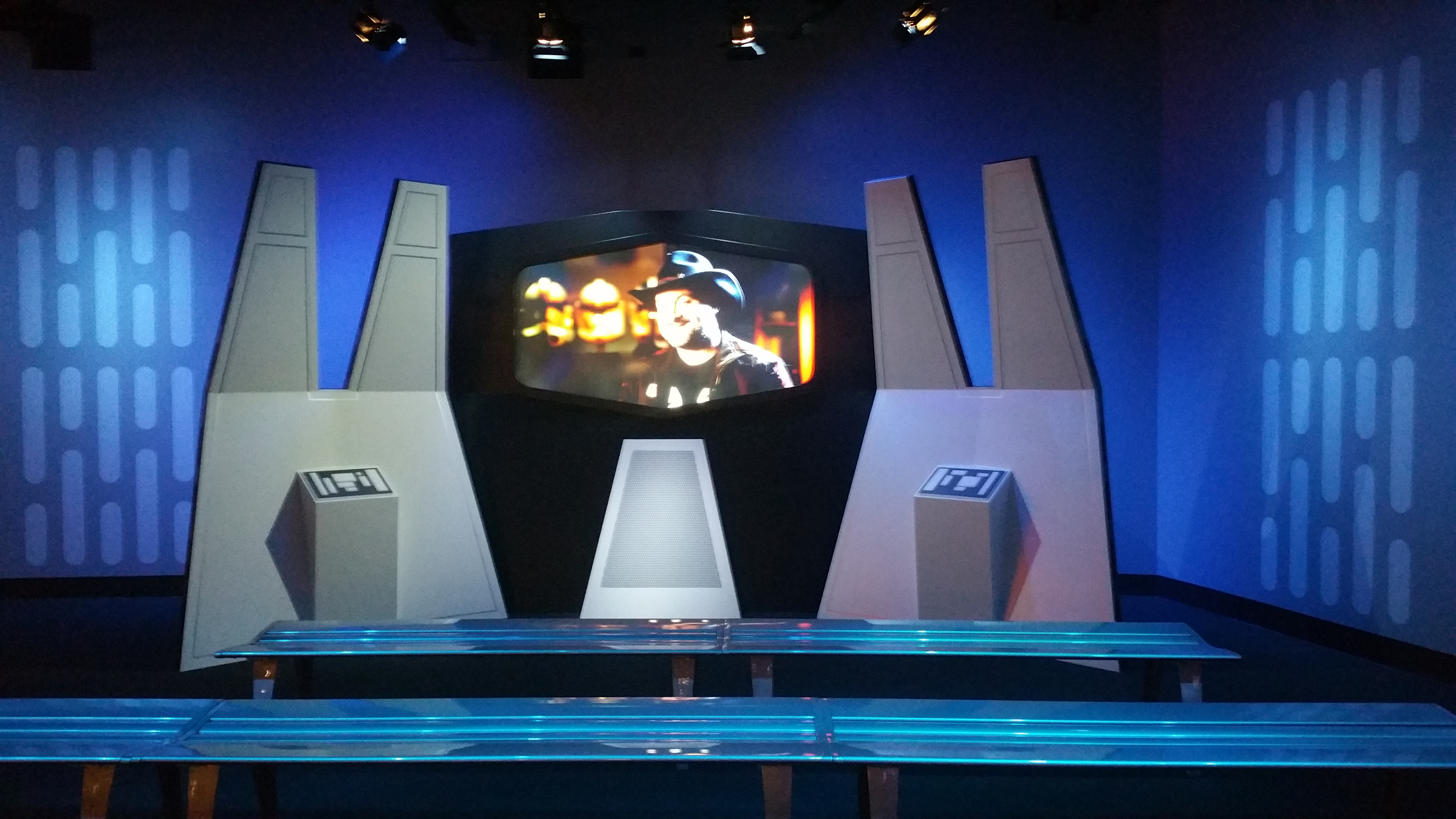 Stop in at The Cantina. This is a setting inspired by the unsavory “hives of scum and villainy” in the Star Wars galaxy, is a fun place to explore and take photos near elements of the cantina, such as a holochess game table. 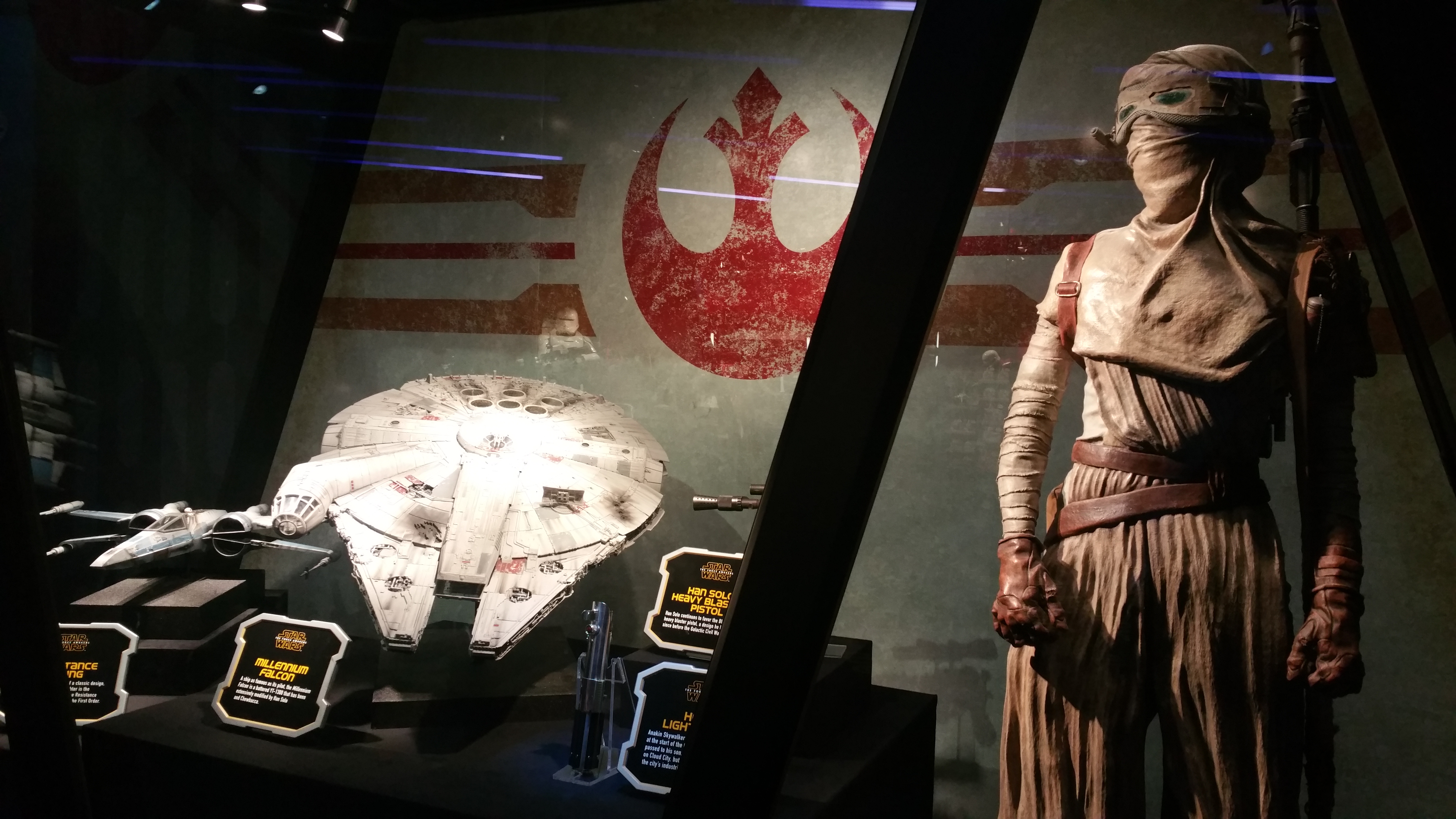 Don’t forget the Star Wars Game Center. You can play the latest and greatest video games, including Disney Infinity 3.0 with park-exclusive Toy Box levels and get a code to take home that will unlock more fun on your own Disney Infinity game! 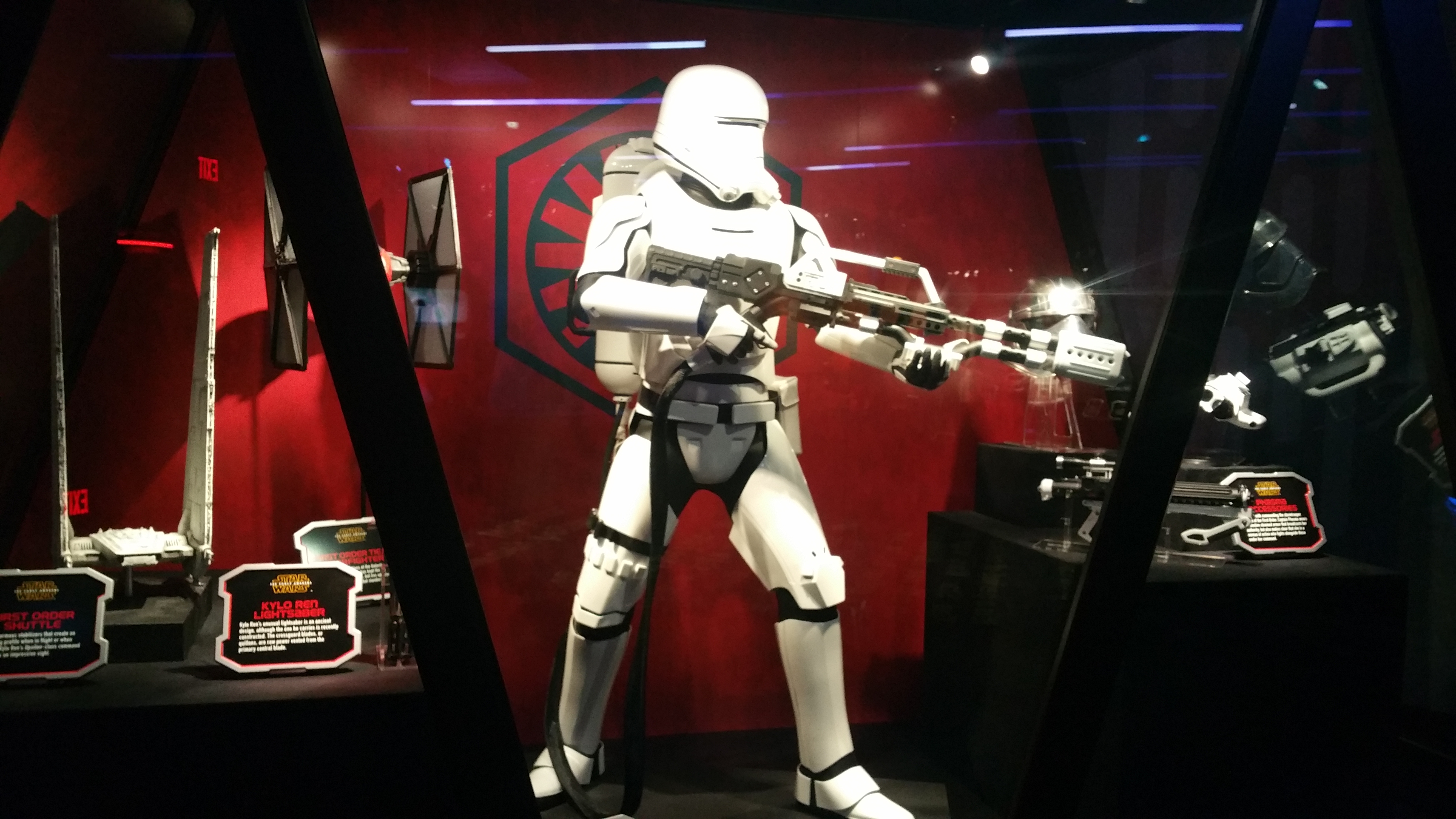 Now it’s time to pick a side and see some Themed Galleries. Special galleries will be located throughout Star Wars Launch Bay. The Dark Side Gallery features pieces of Stormtrooper armor and Sith lightsabers. The Light Side Gallery will display rebel flight helmets and Jedi lightsabers. There is also authentic replicas of props and costumes from both the light and dark sides of Star Wars: The Force Awakens which will appear in the Preview Gallery. You will also be able to see models of famous starships and their pilots that will be on display in the Starship Gallery. 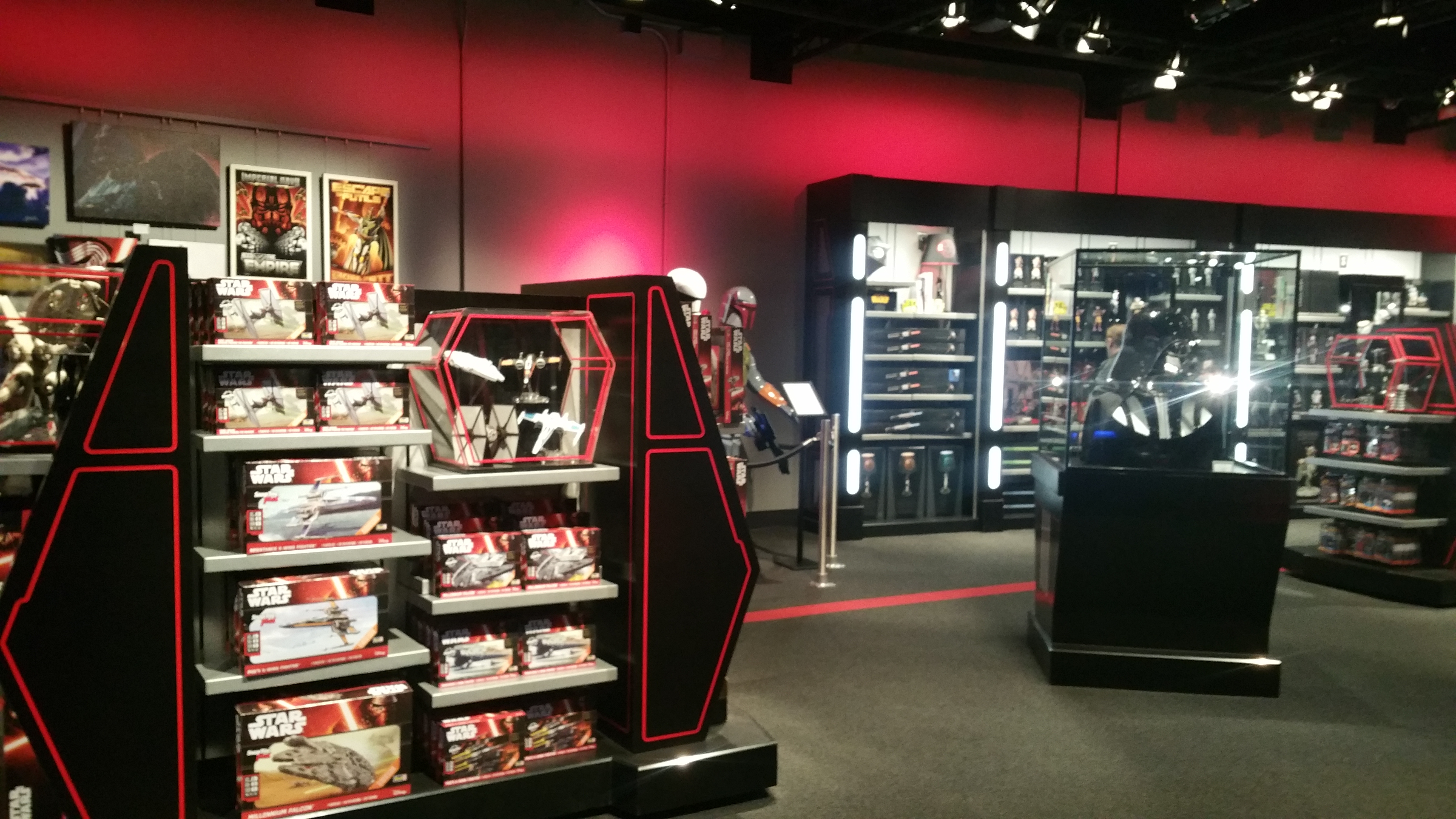 Want to bring home some cool stuff? Visit the Star Wars Launch Bay Cargo. You can purchase high-end artifacts and treasures, including signed memorabilia, studio models and personalized D-Tech on Demand mobile device cases and a lot of other cool Star Wars items in the Cargo area! 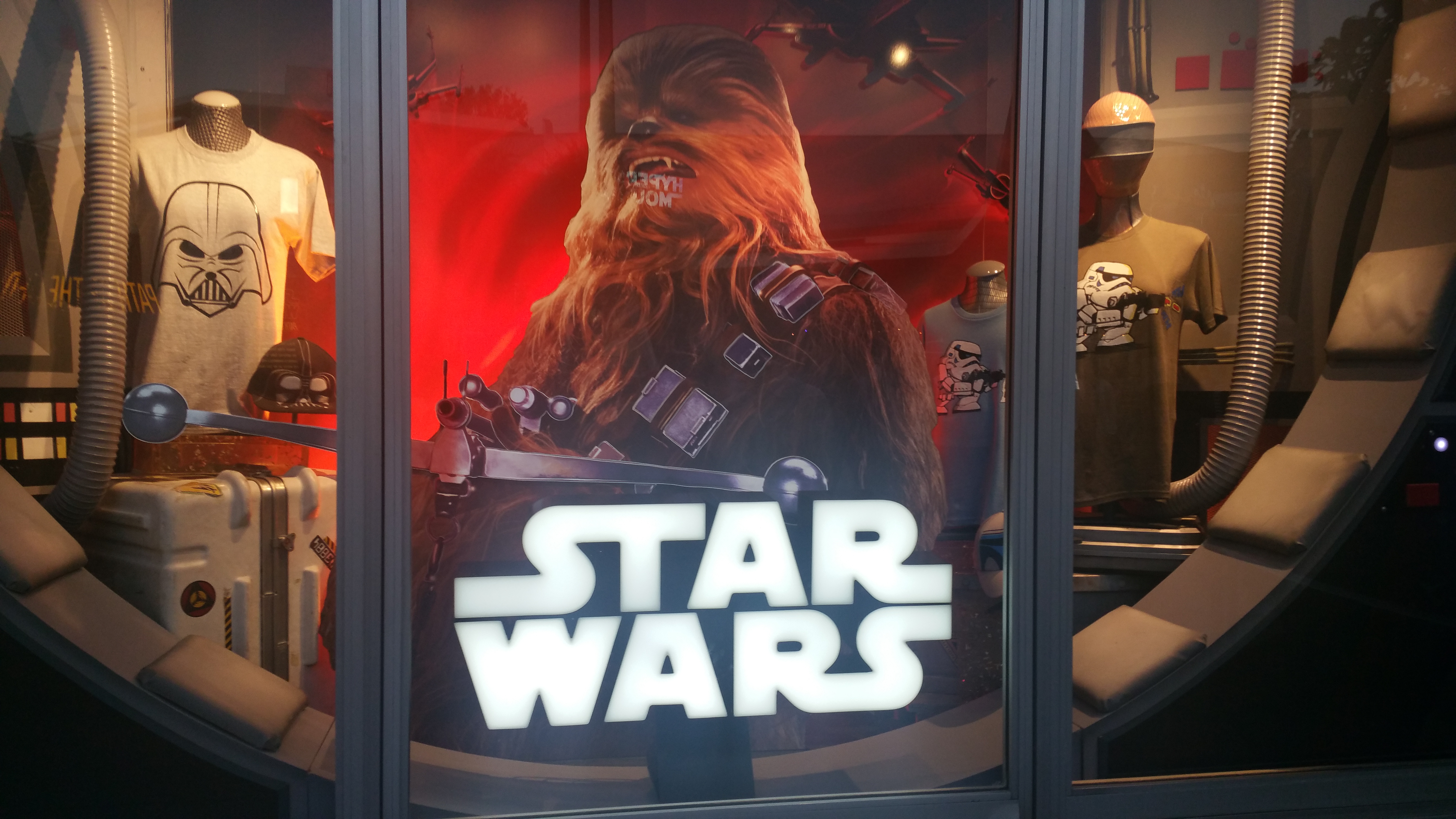 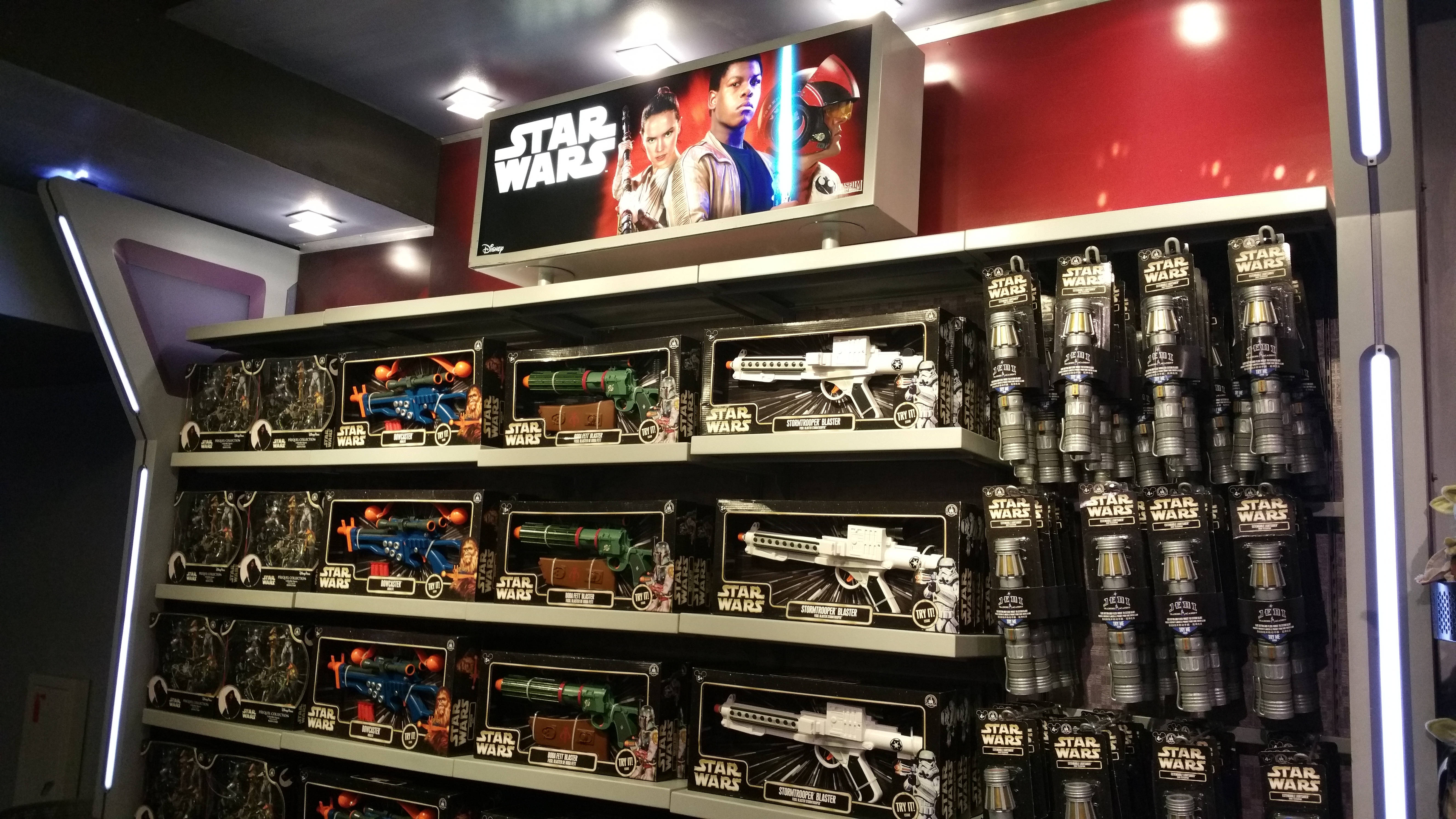 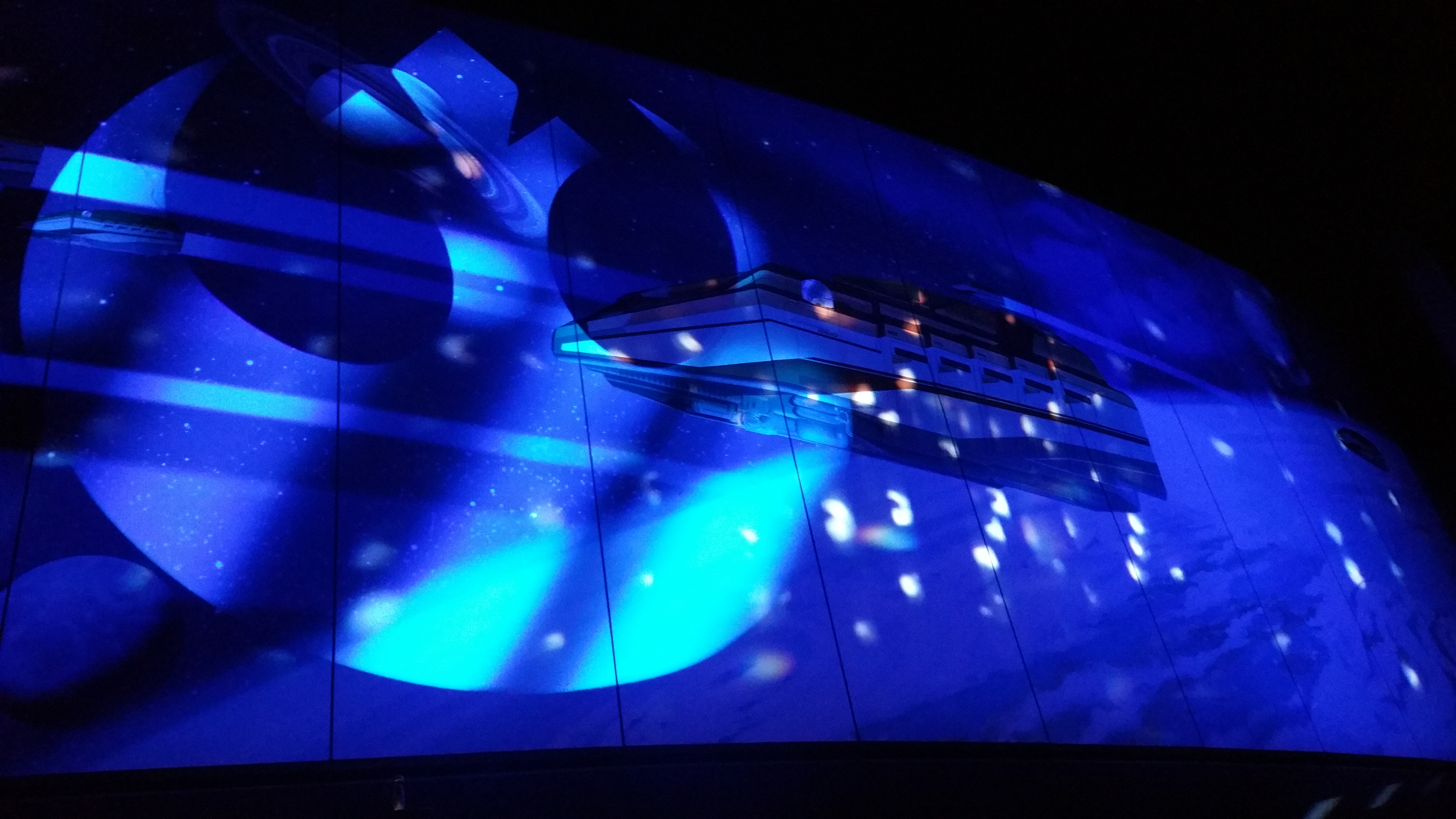 And this is just the beginning!

Starting Dec. 8, in the heart of Tomorrowland,  will be Jedi Training: Trials of the Temple! We’ve been waiting a long time for this to come to Disneyland and the wait is almost over! This popular interactive show is being reimagined, and a new version will open with Darth Vader and the Seventh Sister Inquisitor, a new villain from the popular Disney XD series Star Wars Rebels. 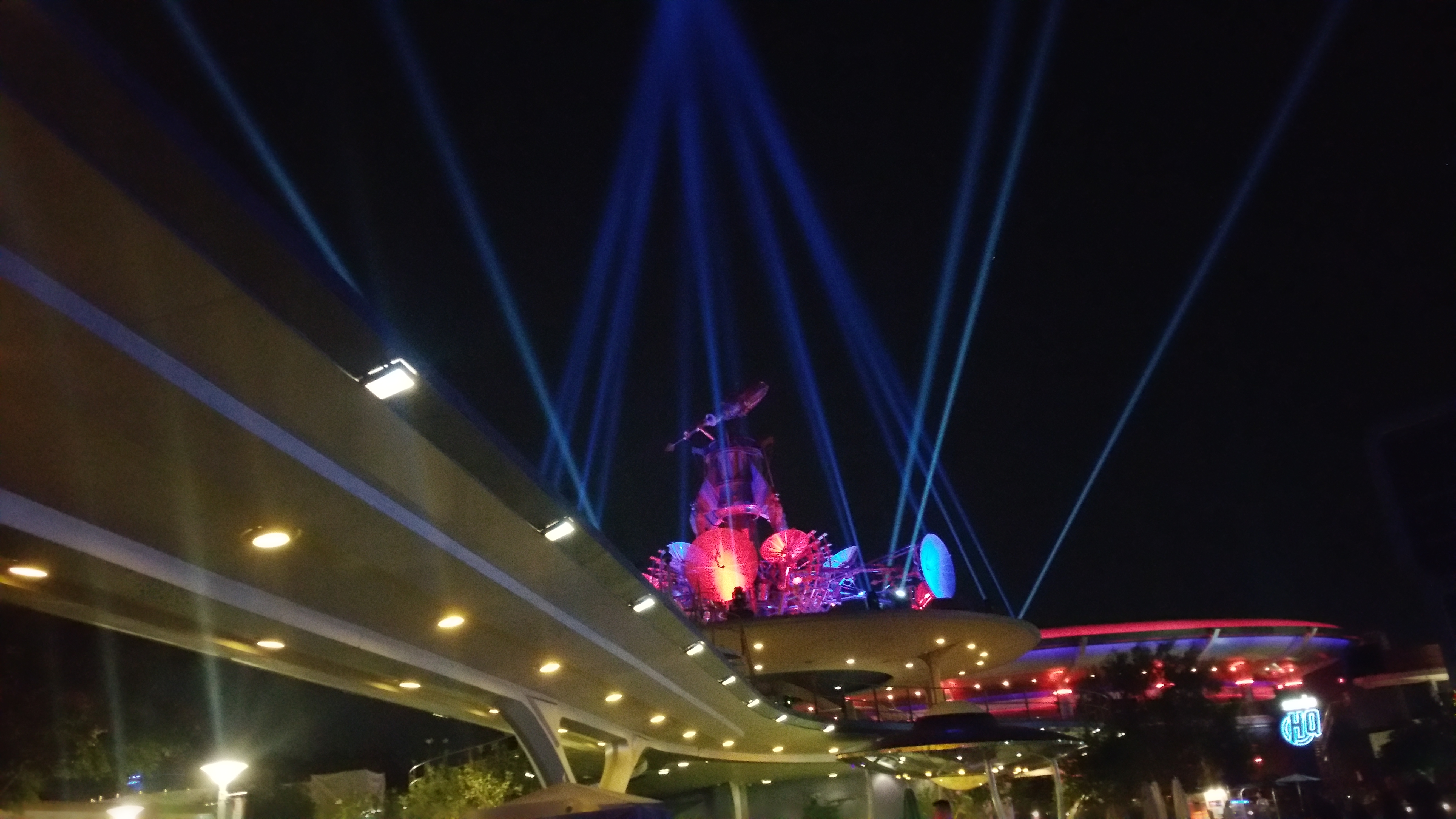 In Tomorrowland, guests may to come face to face with First Order stormtroopers who will patrol the area near Star Wars Launch Bay.

Season of the Force arrives just in time for the holidays, giving guests in Tomorrowland a glimpse into the world of the upcoming film, Star Wars: The Force Awakens, which is scheduled to premiere Dec. 18, 2015.

What are you most excited about?