Day 6 In Cancun At Moon Palace 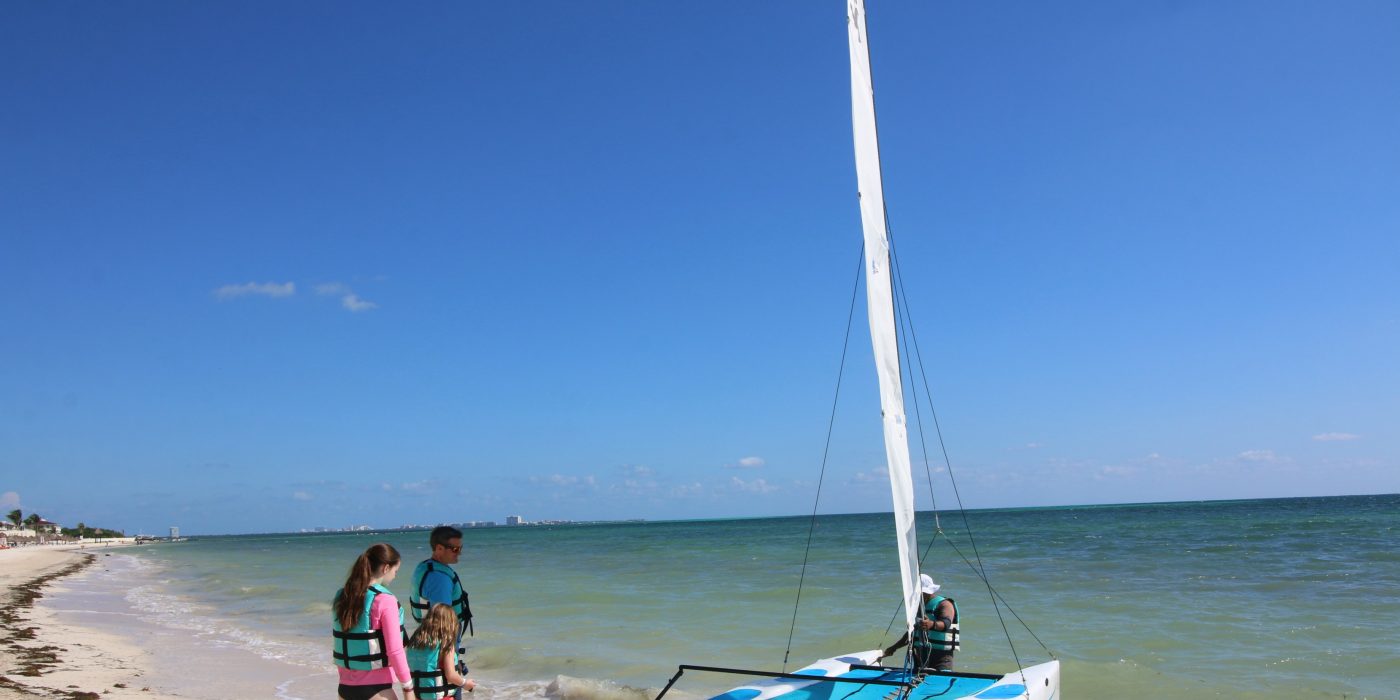 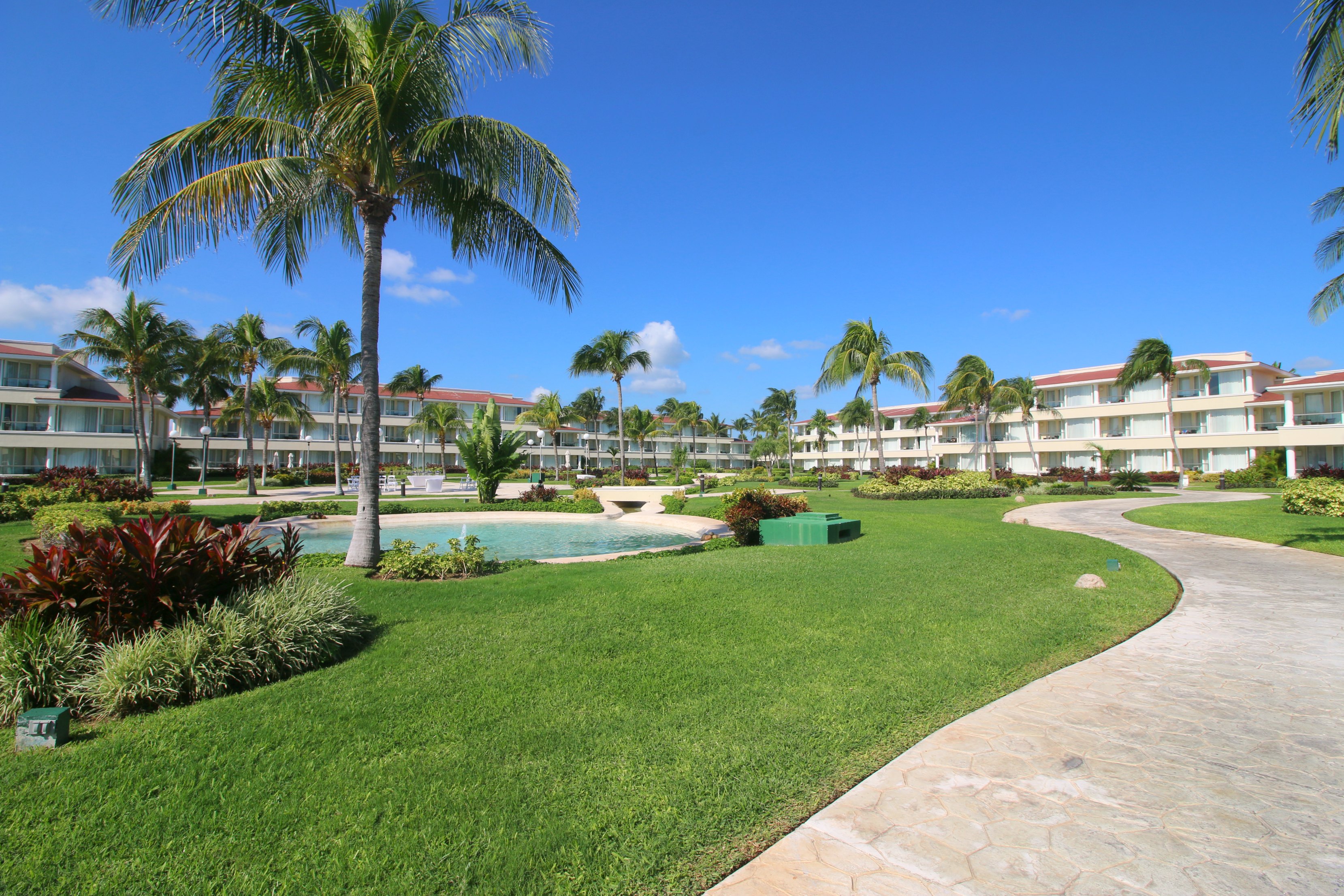 When you wake up to this view in the morning at our partner, Moon Palace Cancun, it is hard to do anything but feel grateful! 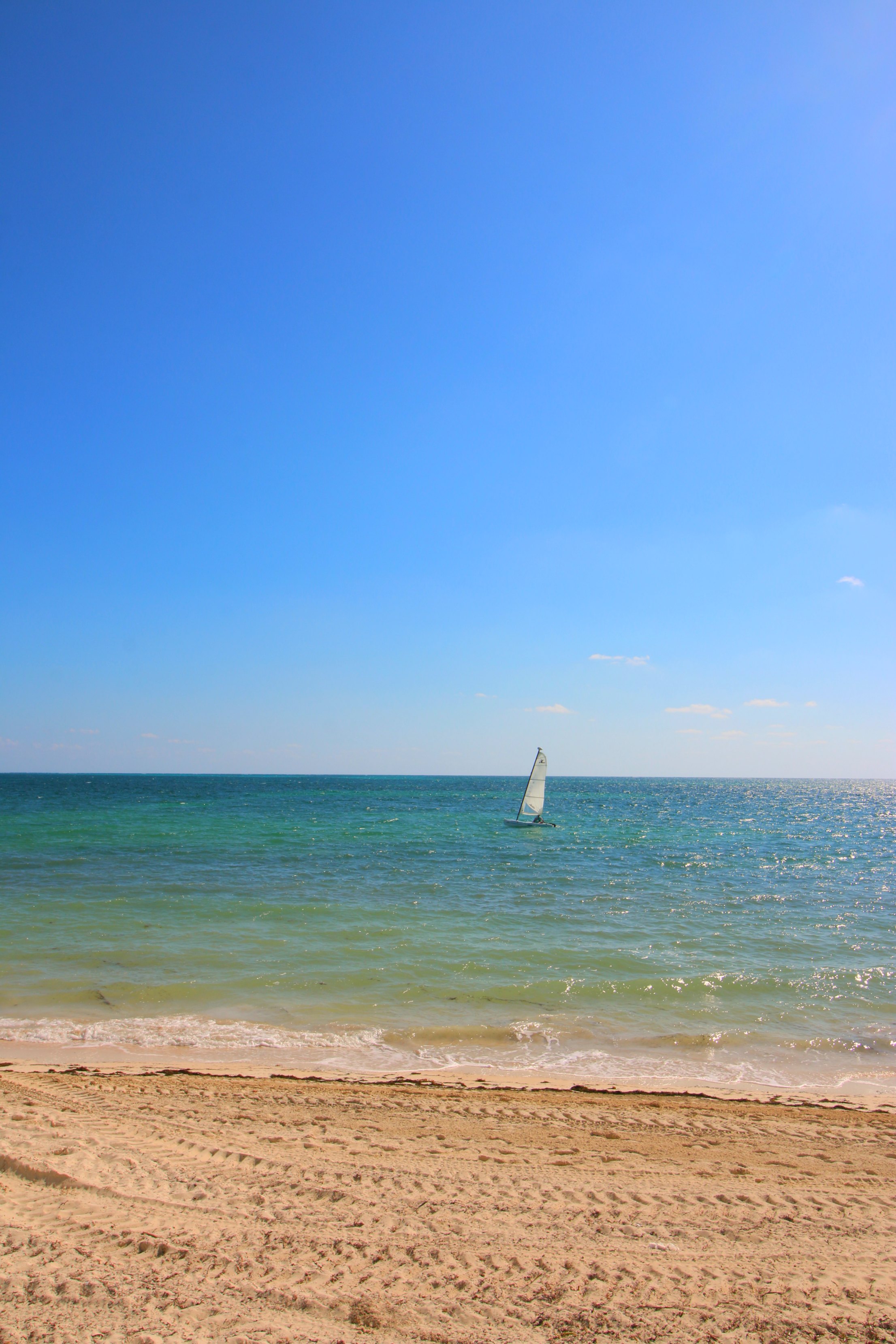 Pete and Emmy were up and down at the beach as soon as the sun started to come up. Then they stopped and brought us a second round of coffee after our room service one first thing in the morning. That was just enough to get me going to do some work done before we headed down to breakfast. 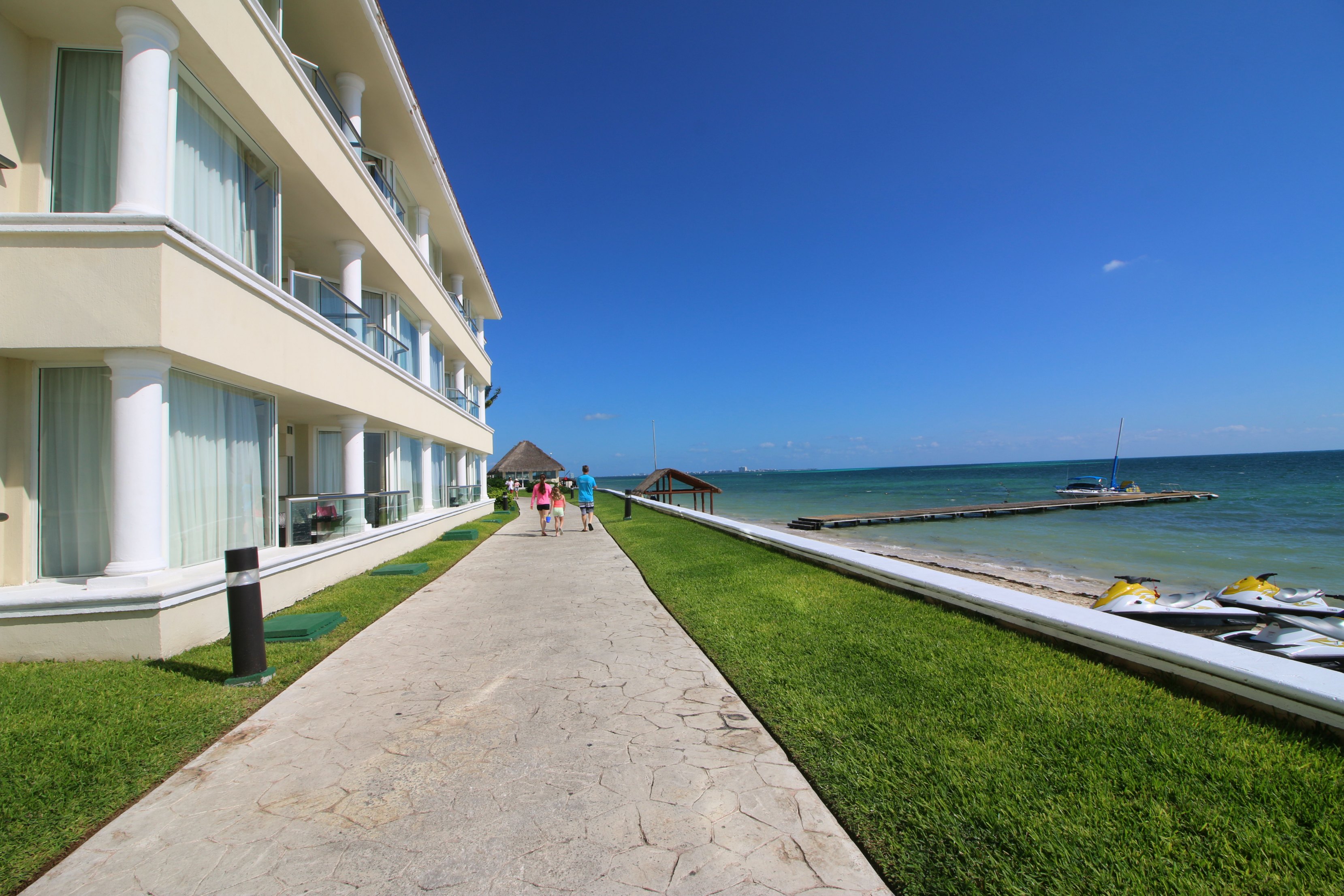 We ate quickly because we had big plans for the day… sailing! 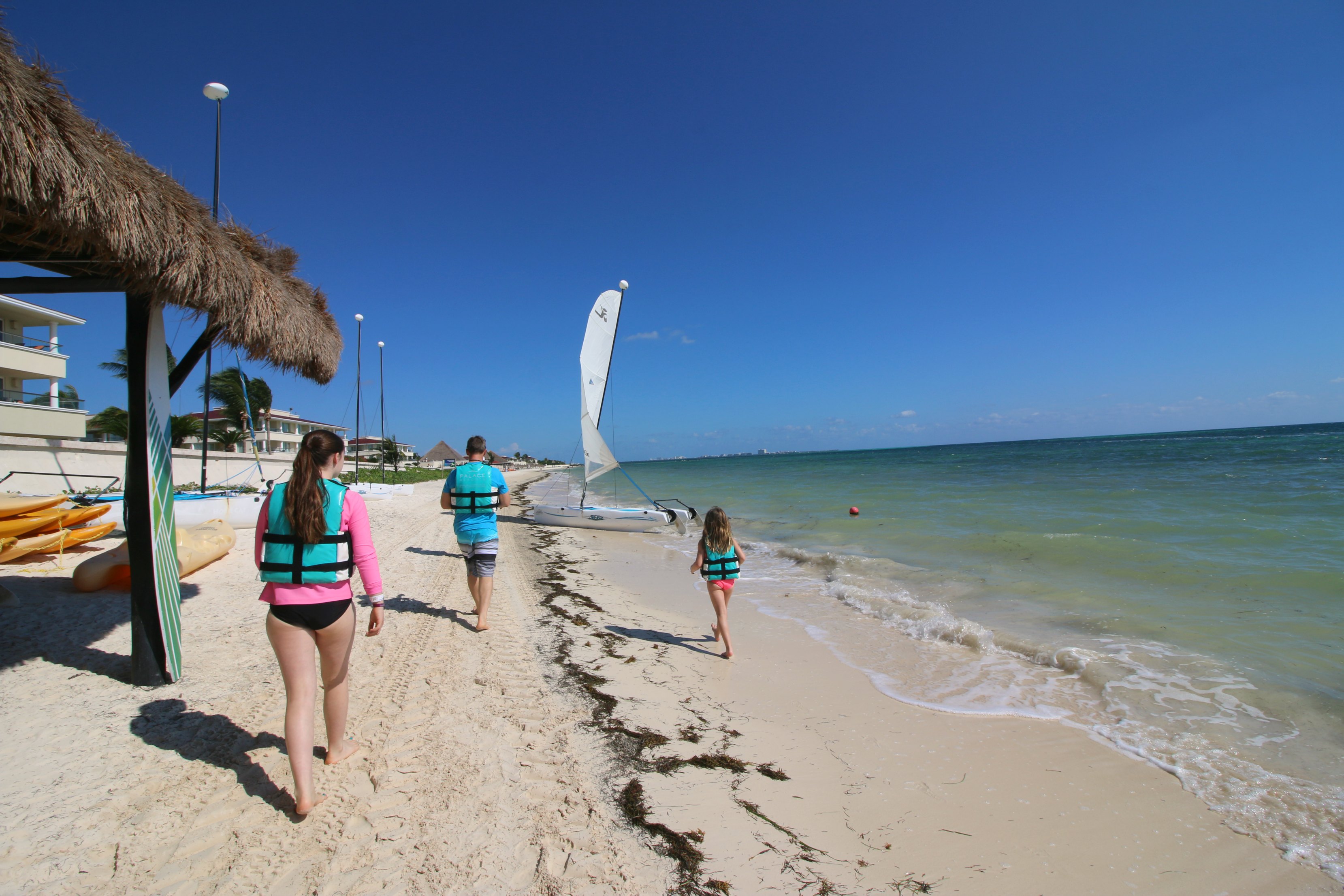 Moon Palace Cancun has so many activities for you to do including the use of one of their little sailboats to sail by the resort. 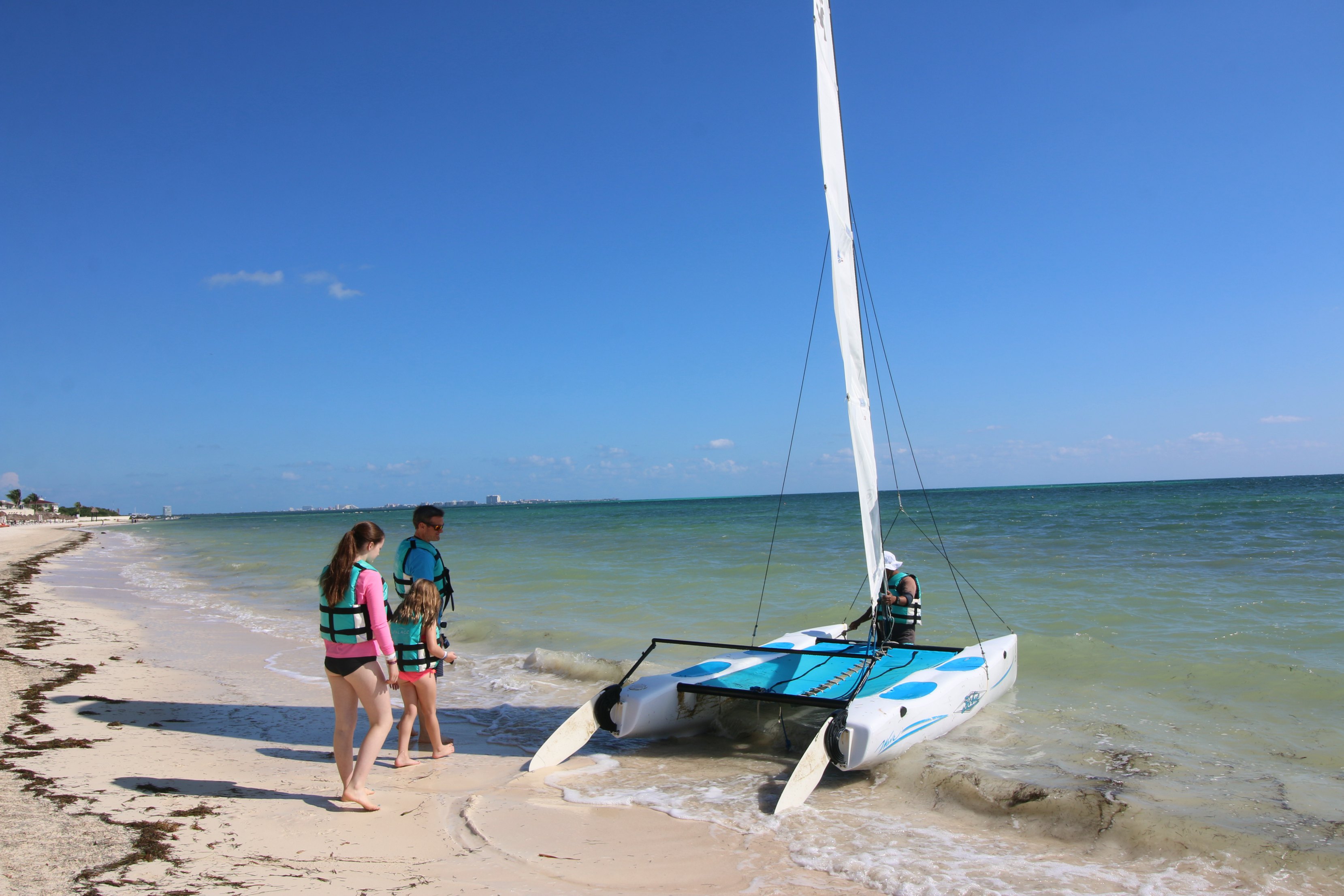 I stayed back to take pictures and about half an hour later they were back on land! They sailed to the reef right off the coast and saw a stingray. We were told you can normally see a lot more sea life from the boat but the water was choppy and that made the water cloudy. It didn’t put a damper any of the fun, though! 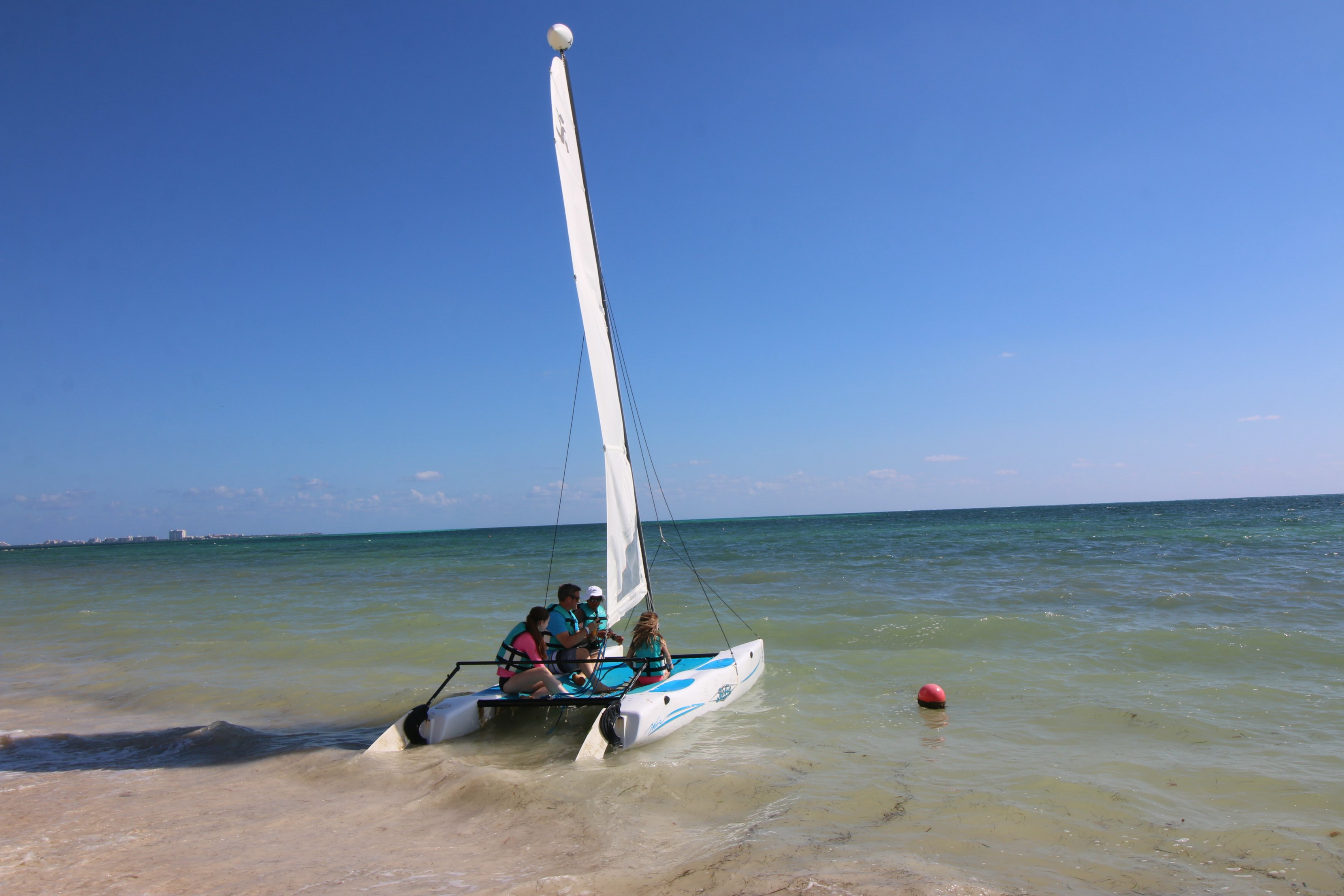 A special surprise in all of the Family Deluxe rooms is that they have a bucket and spades aka shovels waiting for the kiddos when they first arrive. Emmy was so excited to build sandcastles, so this gift was much appreciated! 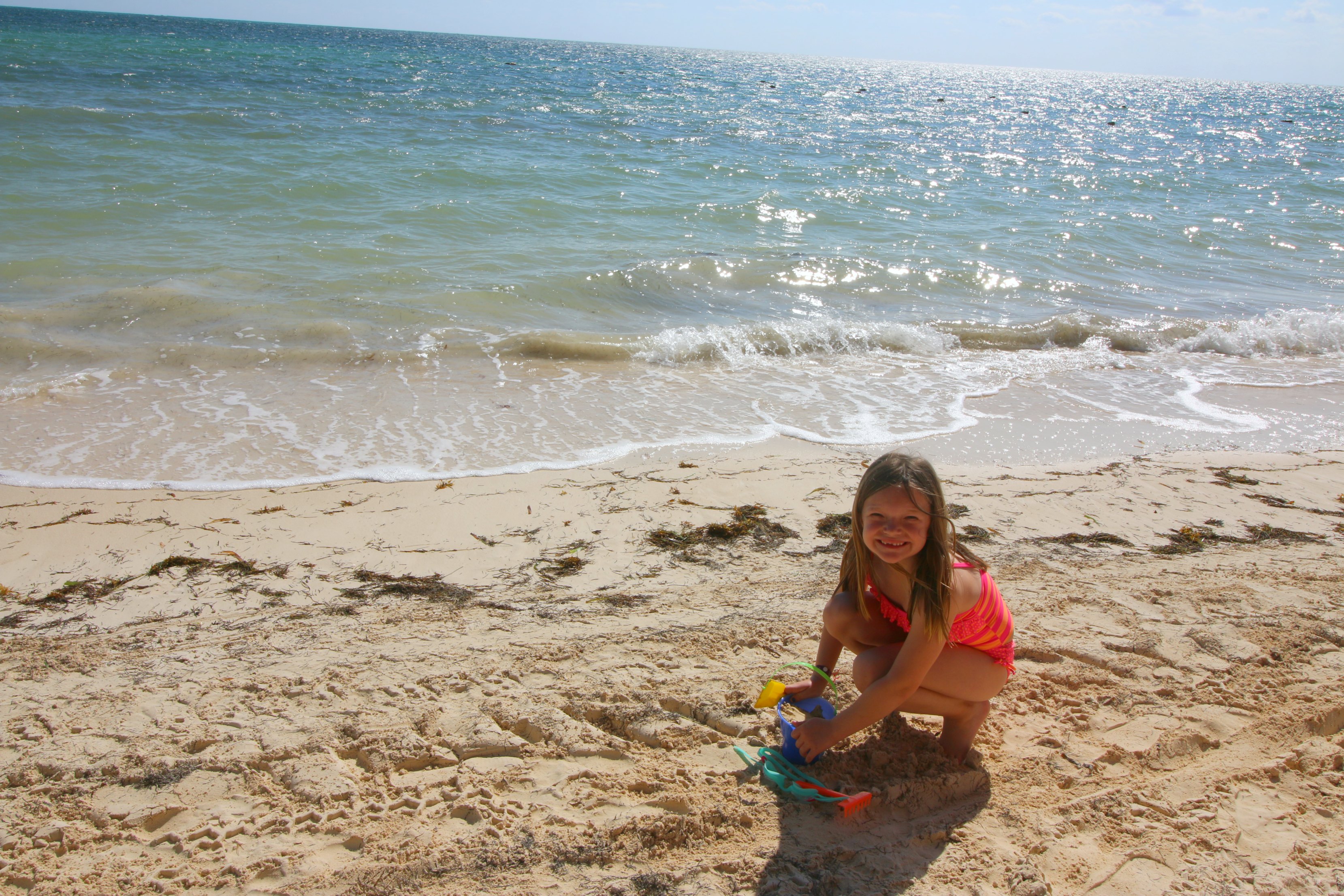 After beach time, we headed back to our room where we ran into this friendly guy! This is a Coati, which is part of the raccoon family. He walked right up to us and we both stared at each other before heading our separate ways. Moon Palace Cancun has a wonderful conservation program on-site to assist all the wildlife that lives on the property. 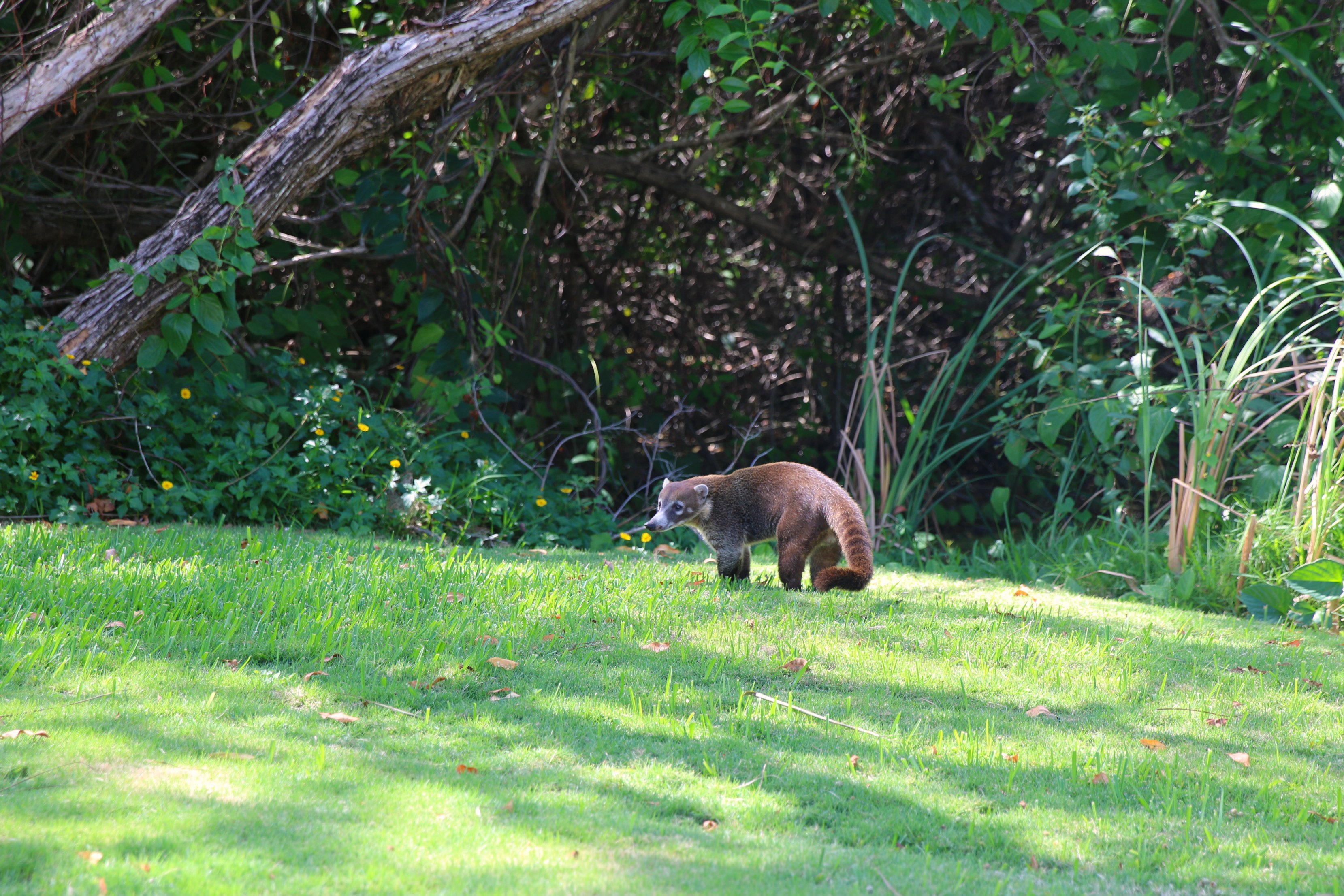 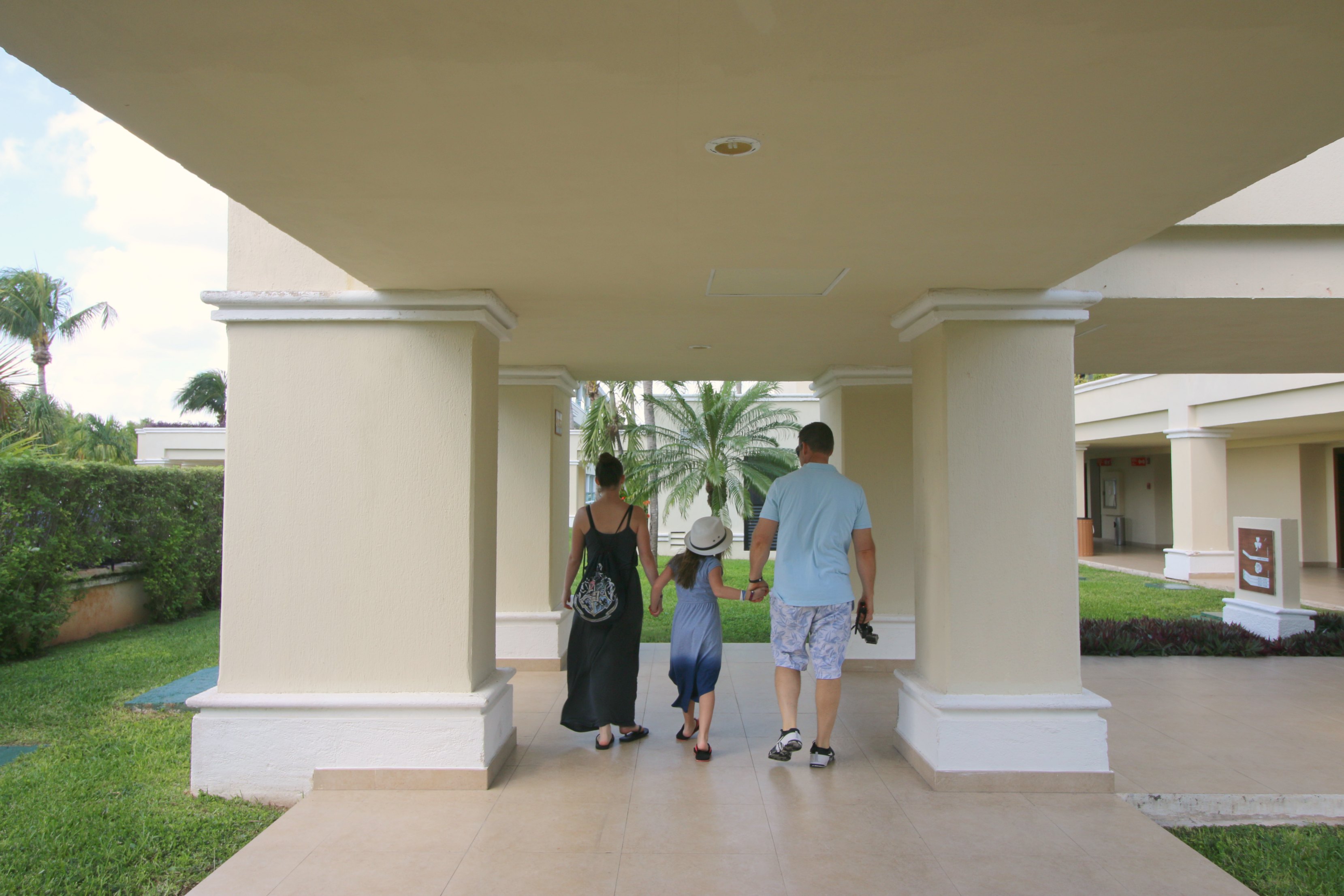 It was soon time for more coffee. I lost count of the cappuccinos we consumed. They were so good and since the resort has soy milk, it was game on! 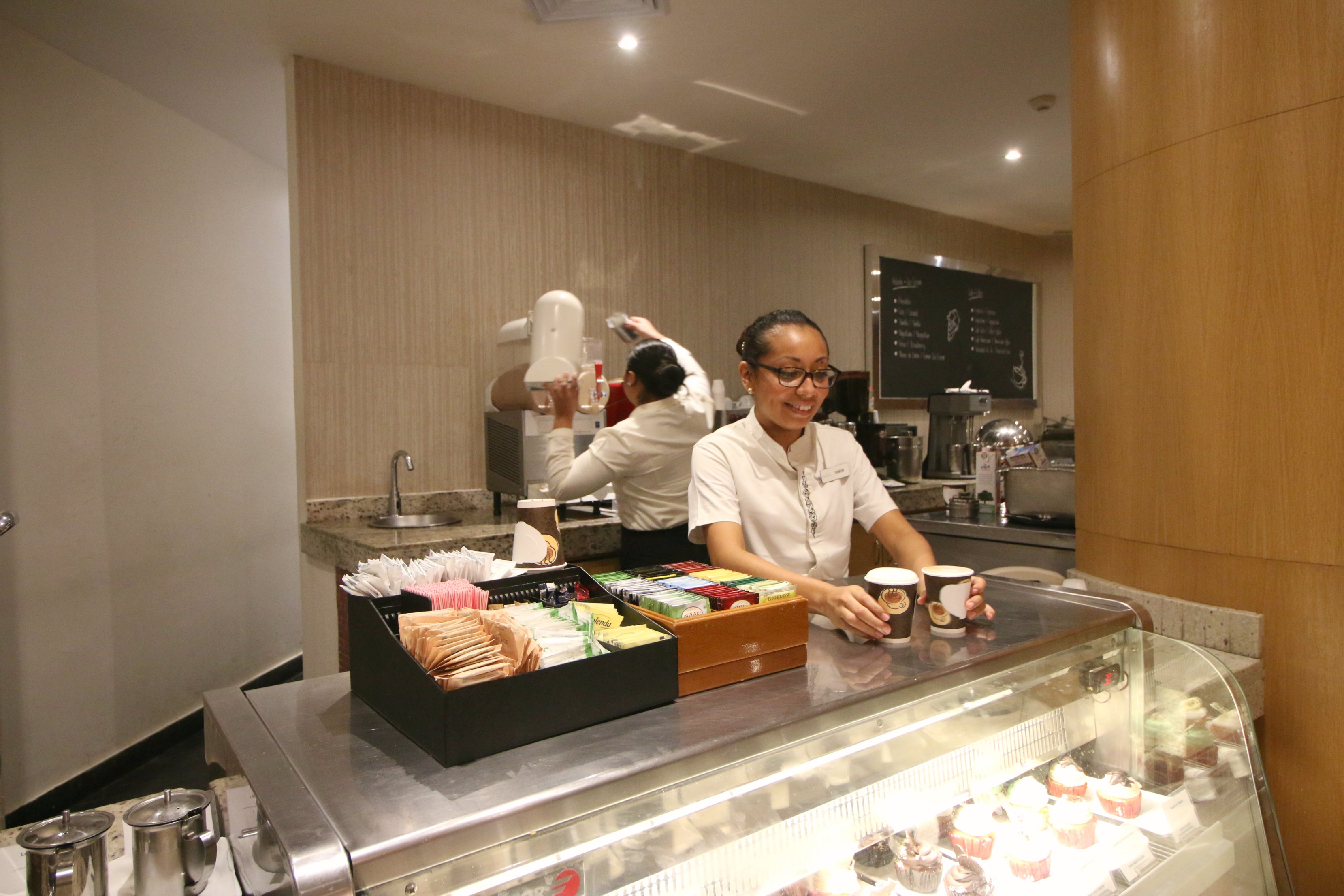 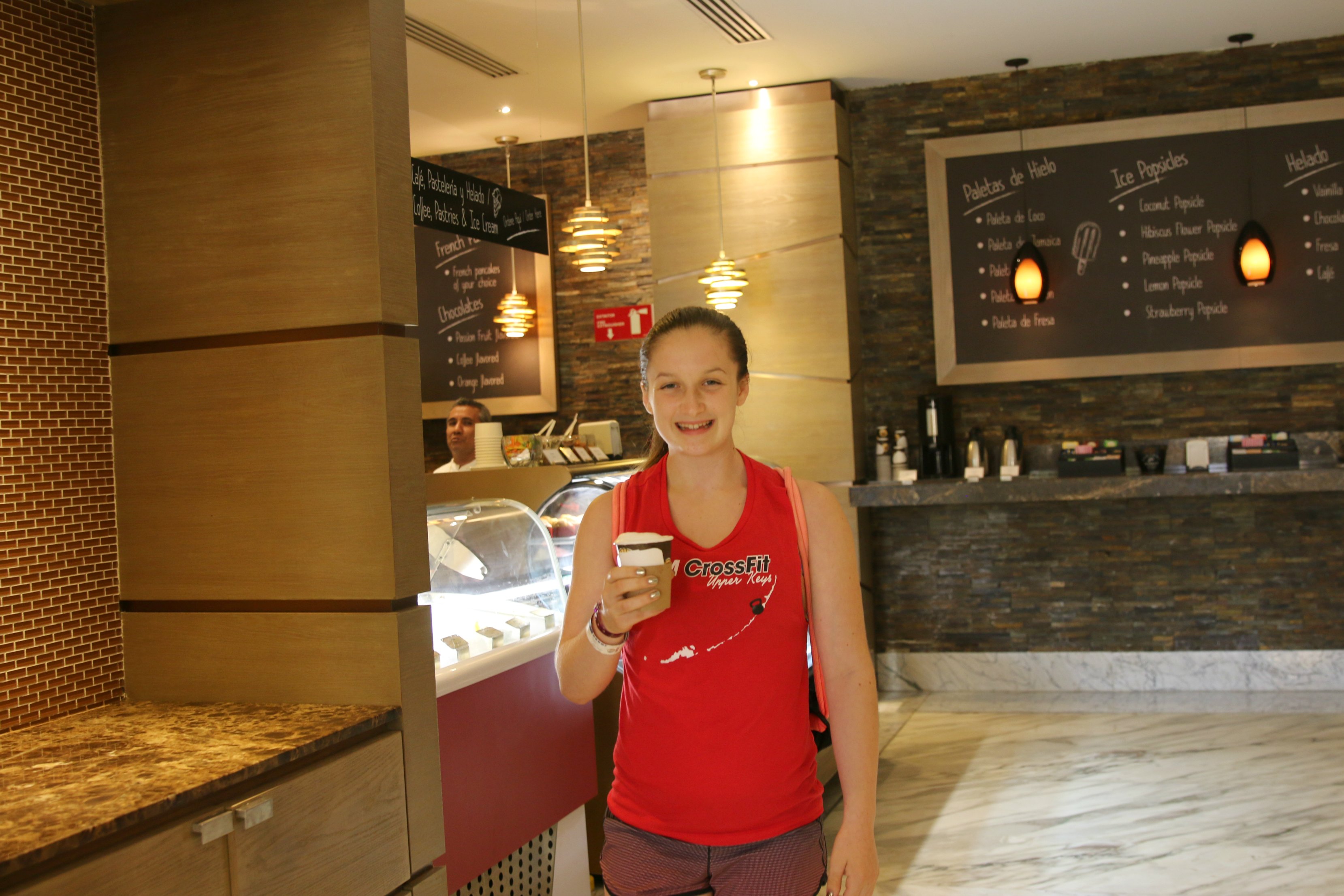 Aside from the pool, buffets, and teen clubs, the coffee shops were where we saw teens the most. Each of them has a nice place to sit and relax at and they are central to the resort lobbies.  They were very accessible. 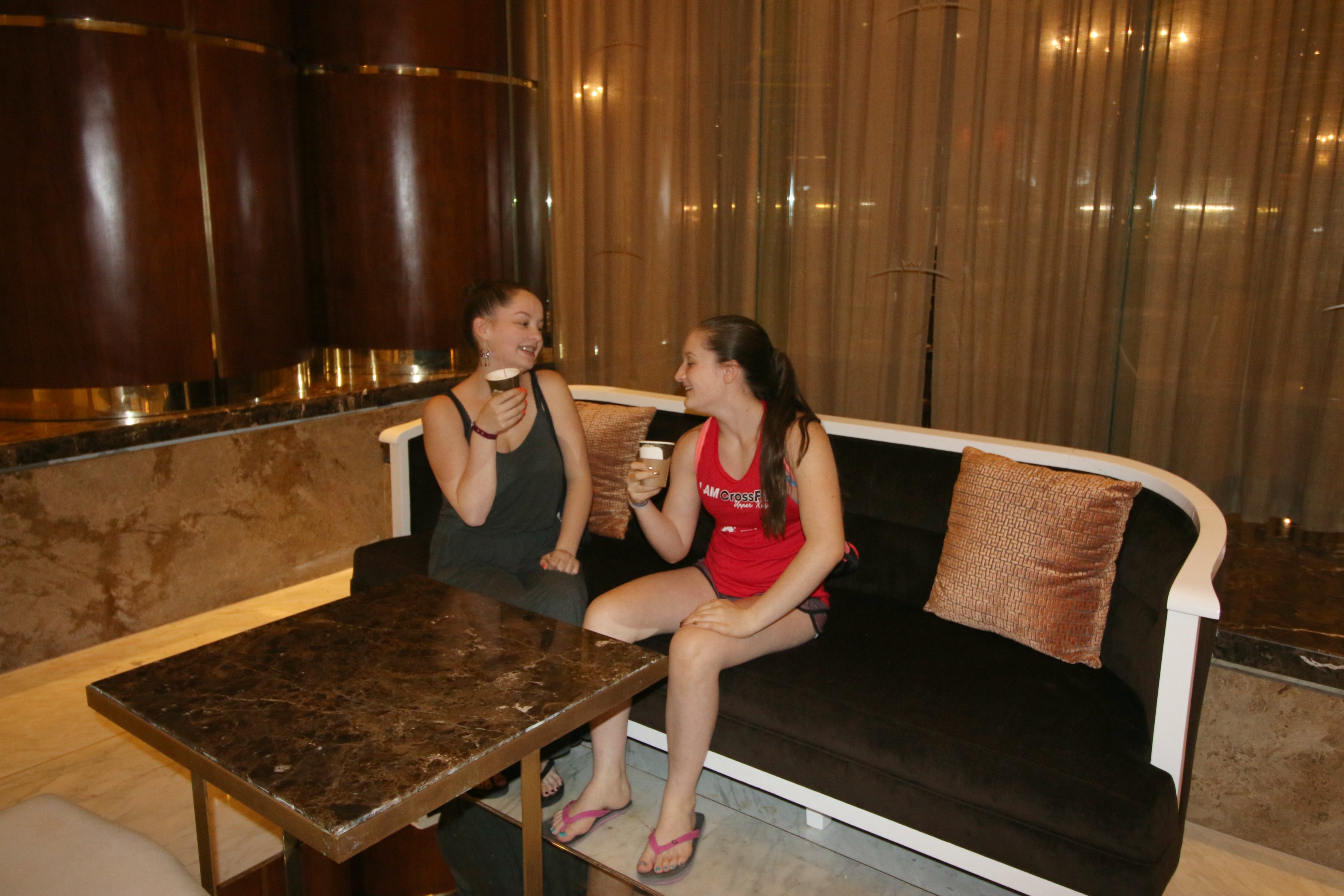 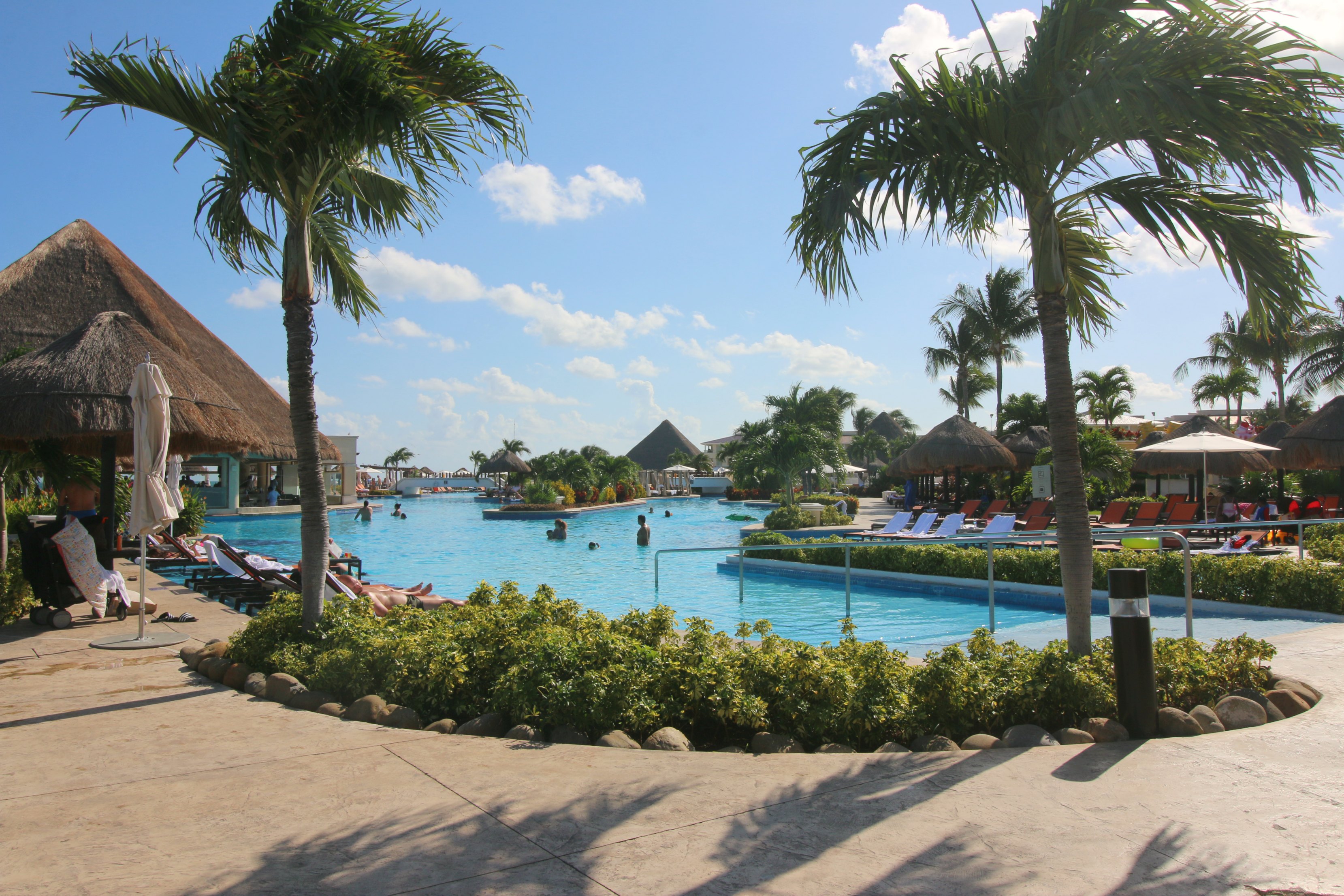 We had planned to take Emmy to the kid’s pool and splash pad area, but she opted to go to the kid’s club instead. This was not surprising at all. The kid’s club had so much to do, and all the kids loved it! Emmy made a bunch of friends and we even saw some of them when we were flying back home. They chatted at the airport about their favorite things to do at the resort. I overheard kid’s club, pool, beach, ice cream, and Flo Rider! Yep, they have one of those here too! 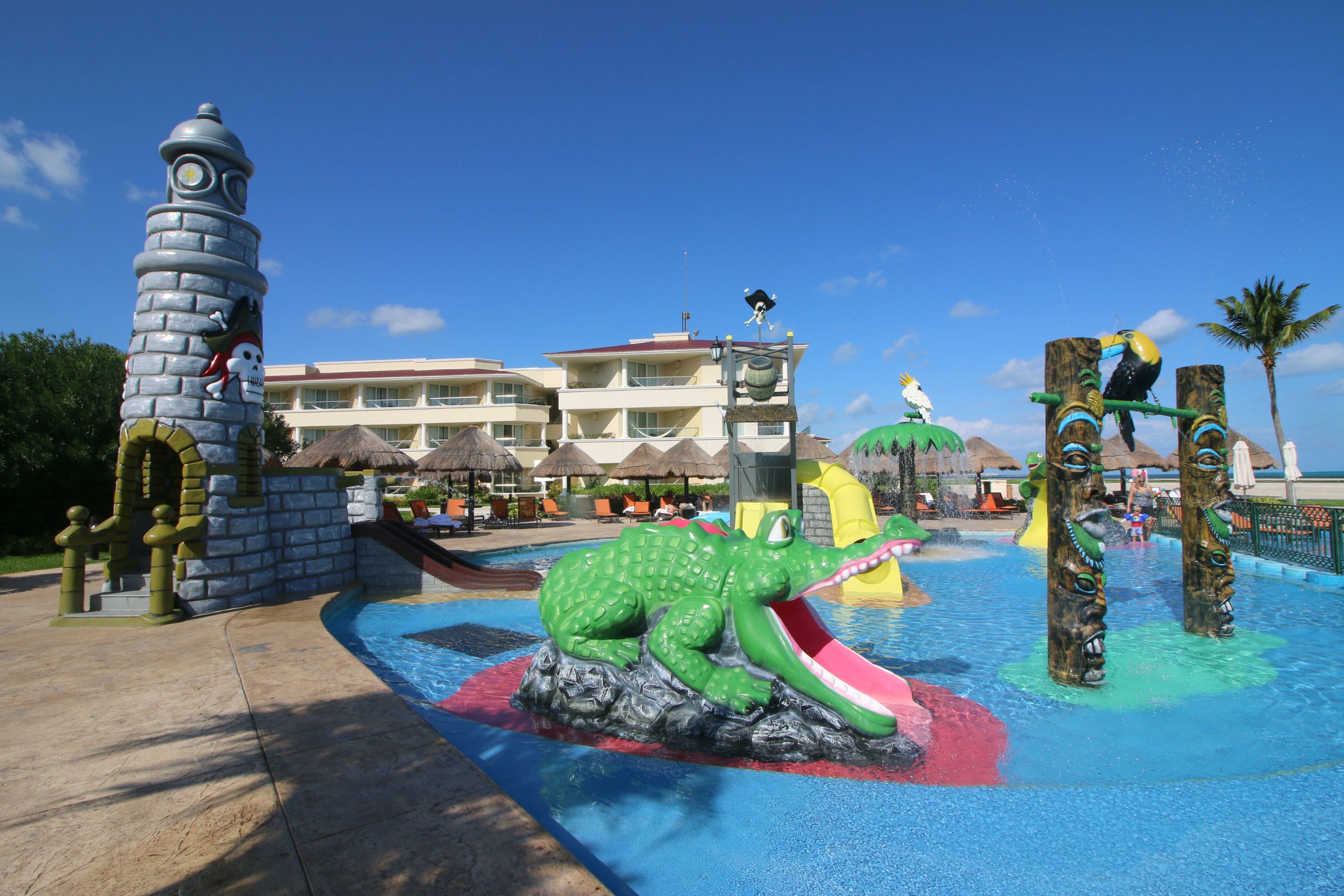 While Emmy was at the kid’s club, the rest of us explored some more. This is the lobby at Sunrise! We ended up stopping into the Japanese restaurant Momo for sushi. It was the best sushi we have had outside of the US. Momo is a casual dining restaurant and no reservations are needed unless you want to eat at a Teppanyaki table. 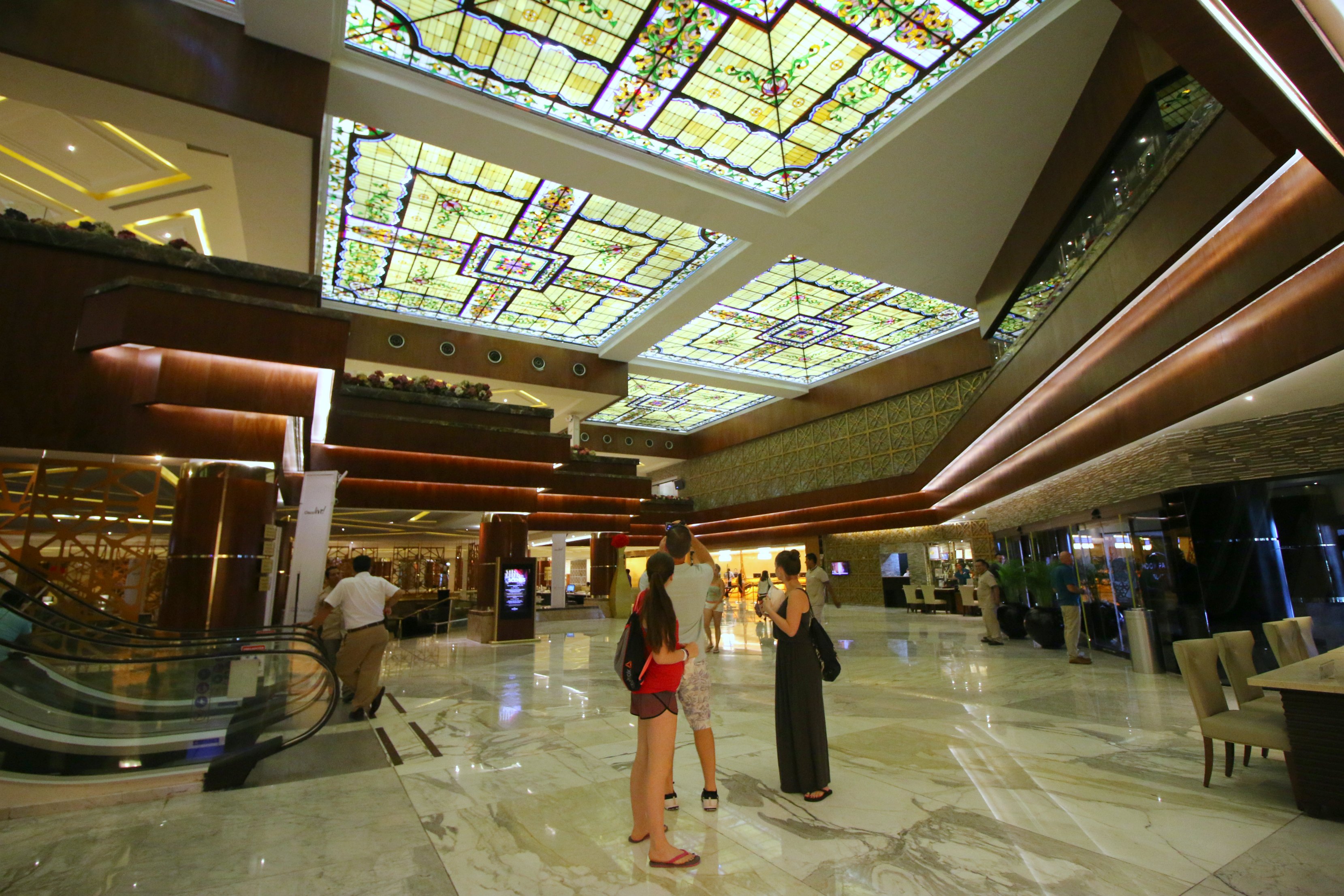 We enjoyed walking to and from each resort area, but there are also buses that leave each area every 10-15 minutes.  Also, there are golf carts to drive you around if you like. We took one a couple of times mainly because it was fun to zip through the resort. 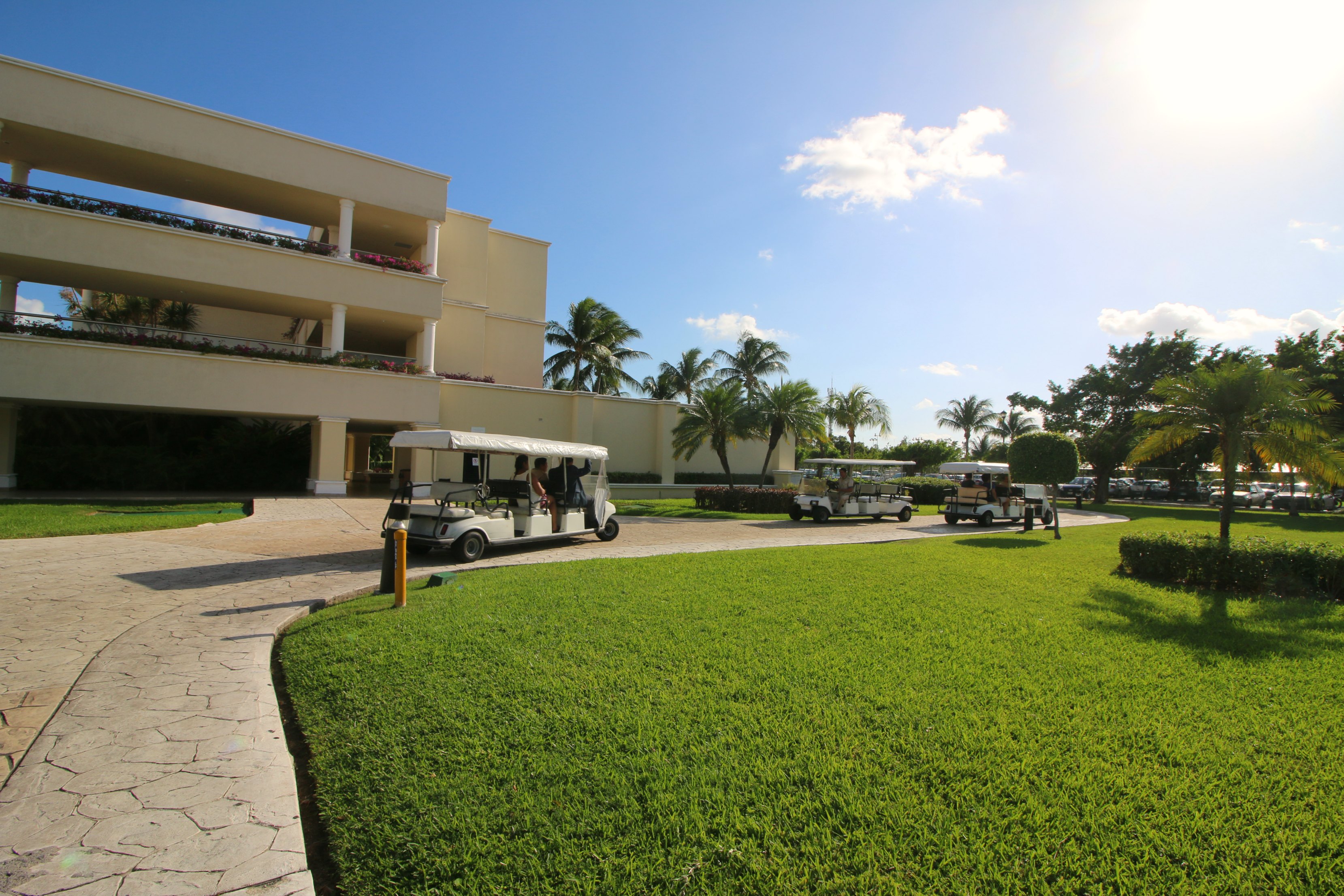 Before dinner, we picked up Emmy and all ate together. 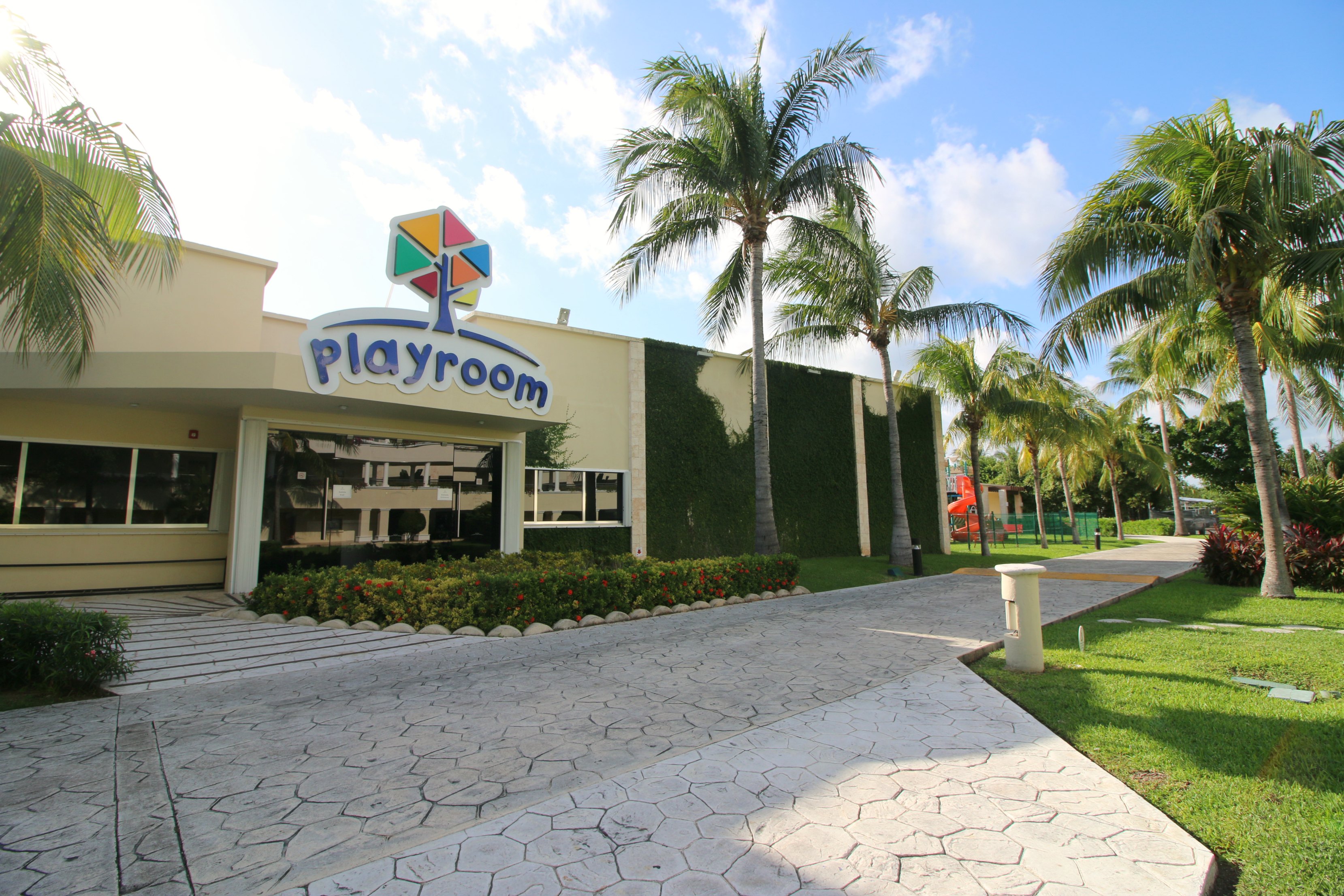 She wasn’t thrilled to leave. We had to pry her away! 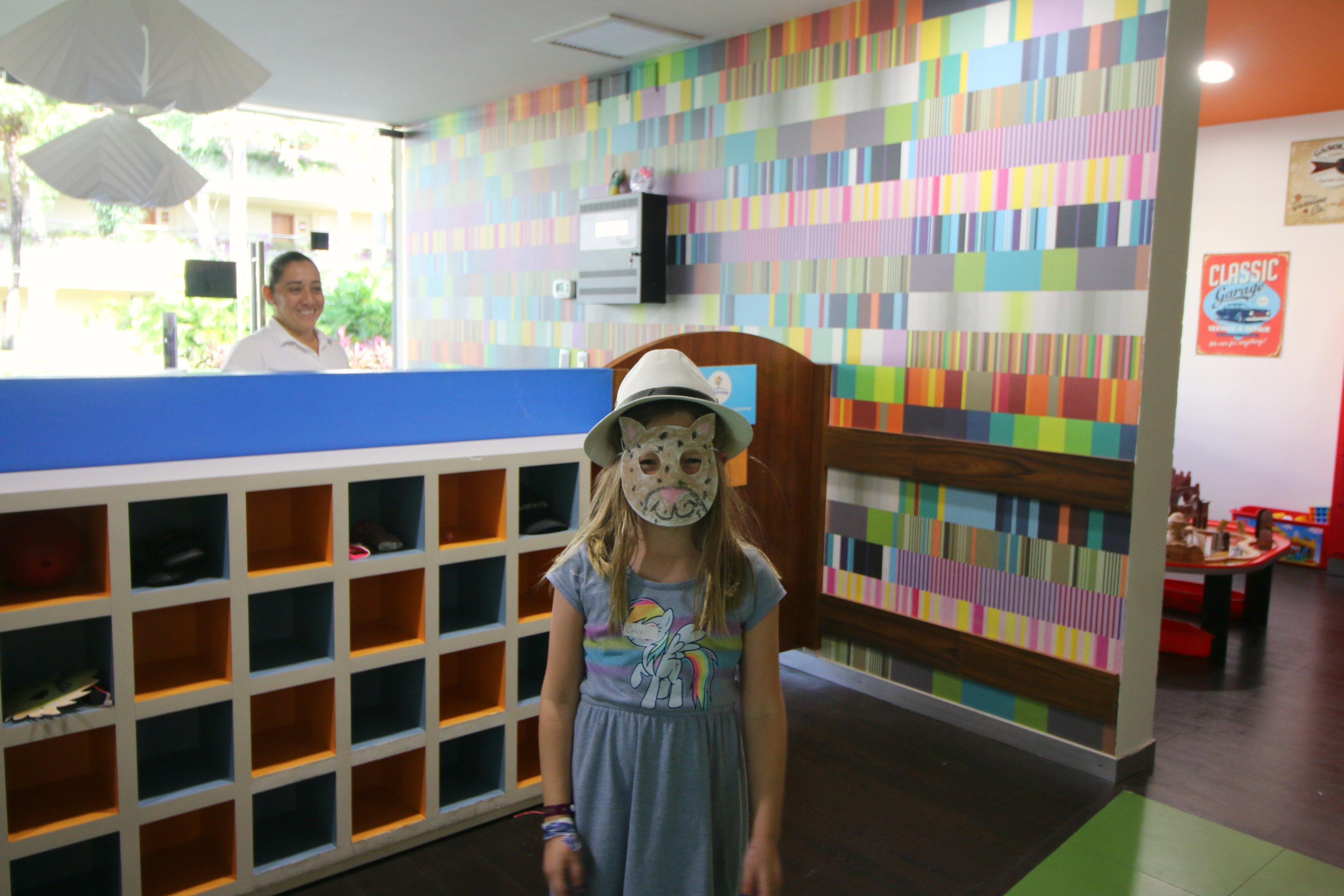 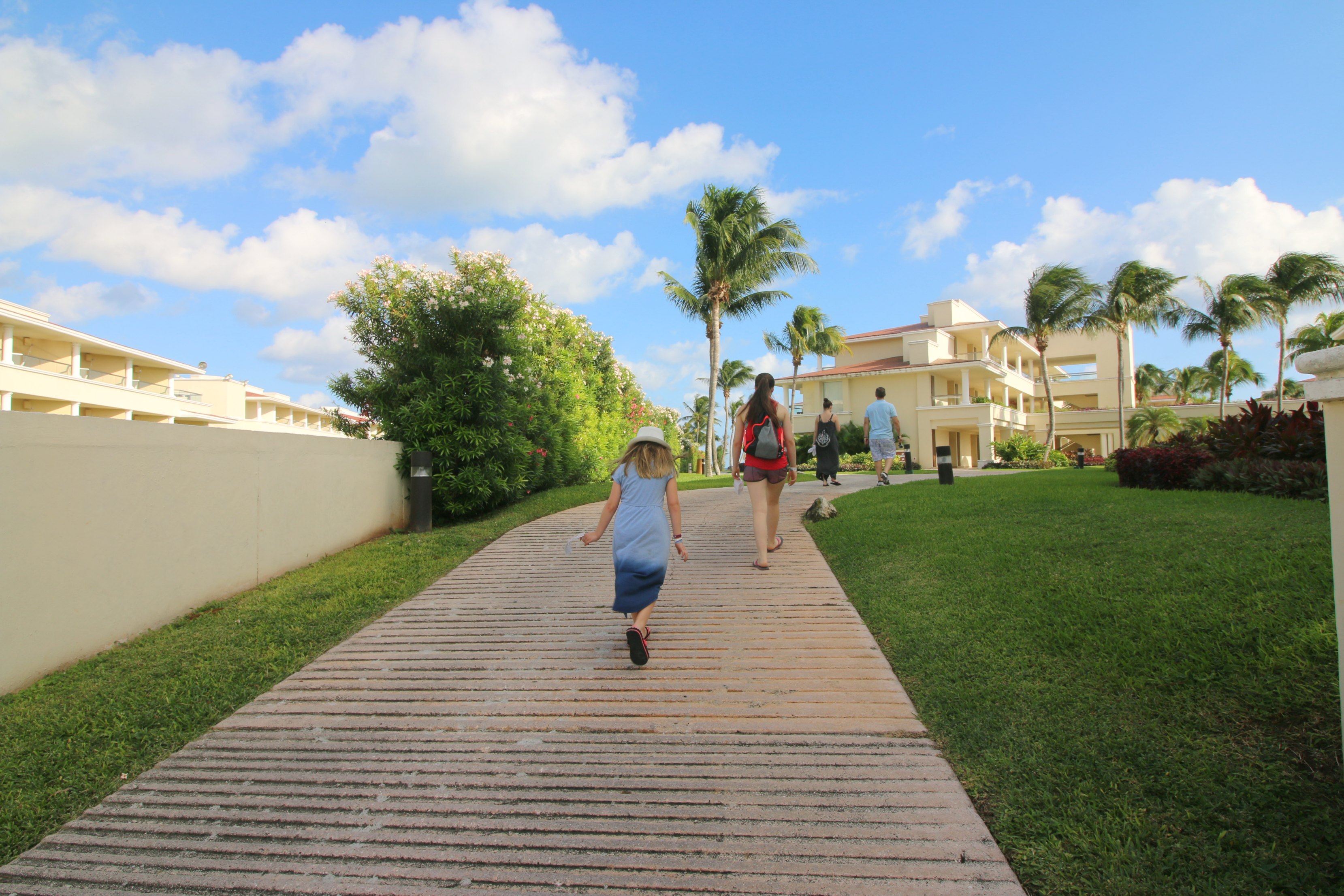 Moon Palace has provided me with a special link for my readers. By clicking this link, you will always be directed to the best available deal.

See our other posts from the trip to Moon Palace Cancun:

Day 7 Of Our Cancun Family Vacation

You can see the rest of today in our video: