Home > family > Can a lack of vitamins kill you? Most definately yes!
family

Can a lack of vitamins kill you? Most definately yes! 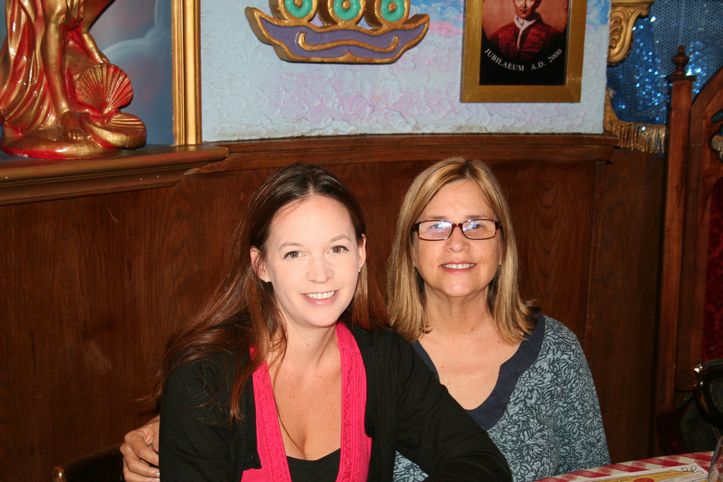 For years now I have blown off vitamins. Yes, I would buy them for me, my kids and husband… but when push came to shove the girls would take them for a few days or weeks and I maybe took them once. My husband on the other hand takes them religiously. He’s a creature of habit. If you add a step to his routing he will adjust and it will stay apart of his schedule forever. I often think he is onto something there. Add something healthy to your daily life, drop the unhealthy, rinse and repeat. He’s got it down!

Fast forward backwards to August of 2012 {can you even do that?} and I was a mess. Not the cool “hot mess” that we see these days, a real, true, certified mess. I couldn’t keep food down, I was dehydrated, I still gained weight. I couldn’t drive much or watch movies in theaters because my eye sight was blurring in one eye and it would almost get stuck and then ricochet bouncing from one side to the other. I would end up leaving the movie theater looking like a drunk as I staggered against the chairs. This was an especially good “look” and image for someone who was there to review and write about the movie. I looked like a real “Pro”.

It got worst though. I became rattled with anxiety and depression, because you know it’s really fun to constantly feel like crap. I noticed that my hair was turning gray and falling out. My pulse was raising and I couldn’t remember the names of common things, like my kids. They were lucky if I called them one of their other sisters names. Seriously.

On my 35th birthday I finally decided that after being like this for 3 years, and only getting worse, it was time to finally figure out what was wrong. It wasn’t a life at this point that I was living, it was just an existence. I was a shell of a person. Sounds dramatic, but it was that bad. Some days I would stay in bed and just lay there hoping that I would miraculously be better. It never happened. So I did a quick internet search for a new doctor. So far I had seen an endocrinologist, gynecologist {because I have an awesome one and I thought maybe she could magically know what was wrong}, cardiologist, 2 ER Doctors and a partridge in a pear tree. Nobody knew what was wrong. They ran tests and everything looked okay. During this time I was diagnosed with a heart electrical issue, but that’s a story for another day.

Back to my birthday. I found an internist who was a D.O not an M.D. I thought at that point I needed something different. You know that saying about doing the same thing over and over and expecting different results? Yep, that was me and it was time I stopped doing that.

Since my Dr. was new to the area and building up her practice, I was able to get an appointment the same day. I was so sick that day that my husband had to drive me there. I am a HUGE believer in never going to the Dr. alone unless it’s a yearly, well patient visit. It’s hard to digest everything that you hear when there is a problem and it helps to have someone else there to ask questions and listen to what is being said.

As I walked into the exam room I was greeted by the Dr. and I told her a bit about why I was there. She did a basic exam.  She commented that my reflexes were not great and my breathing was labored. She took a full history and stopped when I said I was a vegetarian. She agreed with the health benefits of a vegetarian and vegan diet {I’m an on again, off again vegan} but then the questions started to get interesting. Was my diet a trigger for her to look further?

She went through a long list of tests that I should have done. Most of them had been done by other Dr.’s so I wasn’t hopeful that they would uncover anything. I had a normal thyroid. My blood counts were okay, although I often was anemic. I was about to dismiss this whole visit as a waste of time till she said “Have you had your Vitamin D and B12 levels checked?”

Part 2 up next- then the real fun began. I got a diagnosis, I got sicker, and then I got better. I also learned that there is a silent epidemic out there and people, especially women are suffering and dying unnecessarily. PS. It wasn’t my diet after all… but there was a vitamin to blame!

Do you take vitamins? When was the last time you had your levels checked?